10 Inspiring Events to Take In (So Far) This Fall
As summer comes to an end and the school year begins, we present this list of inspiring talks, exhibits, fairs, films and happenings around the world to get your creative juices flowing this September (and into October). 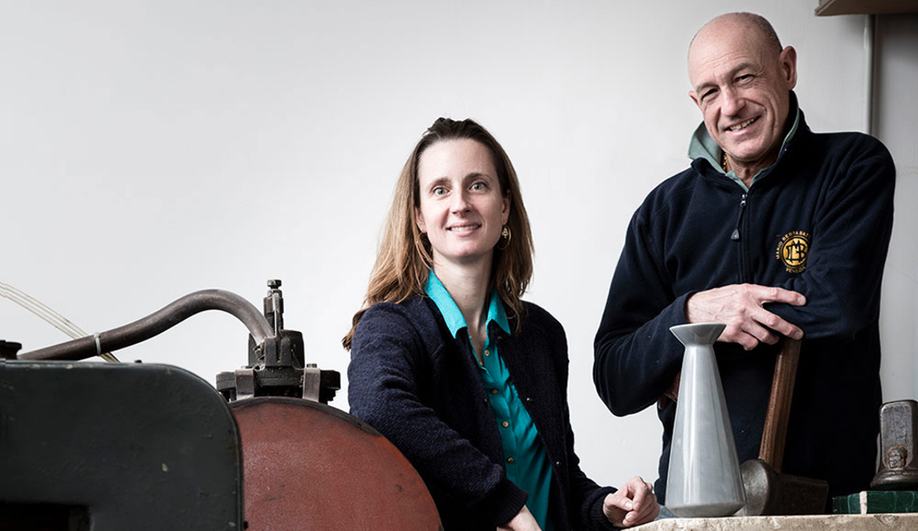 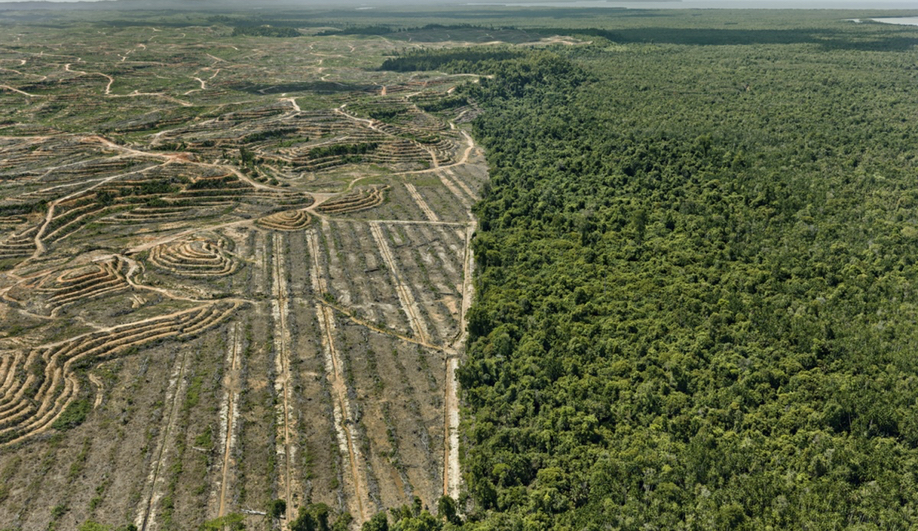 We are living in the Anthropocene, the epoch defined by humankind’s irreversible affects on the Earth. No other artist has shed a light on this fact better than Edward Burtynsky, whose latest film with director-producers Jennifer Baichwal and Nicholas de Pencier captures mounds of elephant tusks burning in Kenya, mining operations in Russia and Germany that are transforming terrains into industrial wastelands and other incursions across every continent, save for Antarctica.

Screening at TIFF as a documentary, Anthropocene will also come to life in an exhibition at the AGO (co-presented by the Canadian Photography Institute of the National Gallery of Canada). Following past works Manufactured Landscapes and Watermark, the exhibition will feature photography, augmented reality installations and high-resolution murals that promise to provide striking viewing experiences: viewers will be able to examine in detail the intricacies of human impact on the Earth. Needless to say, Anthropocene is a call to action. 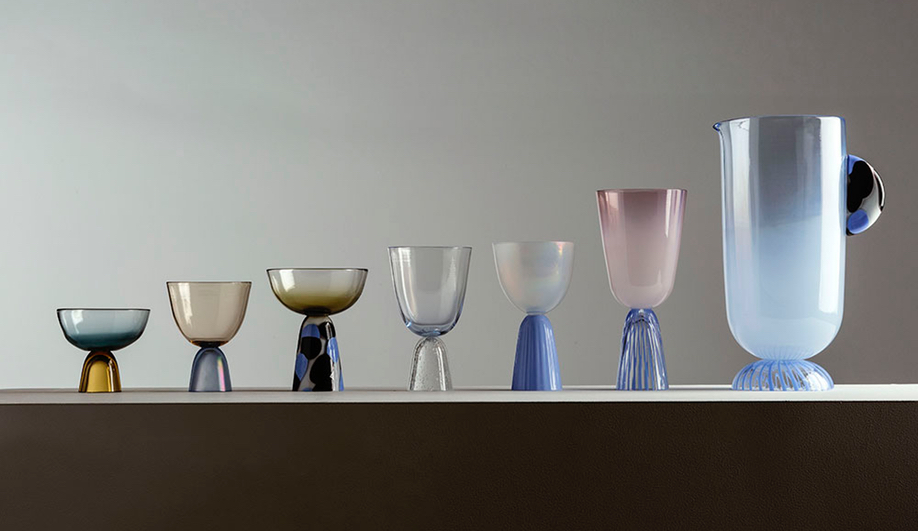 Fittingly, this exhibit on the enduring appeal of craft takes place in Venice. If you live for hand-made, artisanal-modern design, make your way to the Fondazione Giorgio Cini on San Giorgio Maggiore Island. Among Homo Faber’s many attractions is a selection of works presented by the Fondation Bettencourt that includes Japon, série L’âge du monde, an urn created by Claude Aïello and Mathieu Lehanneur that visually maps the population age of Japan (it’s part of a global series) and the Nature morte vessels by ceramicist Kristin McKirdy. 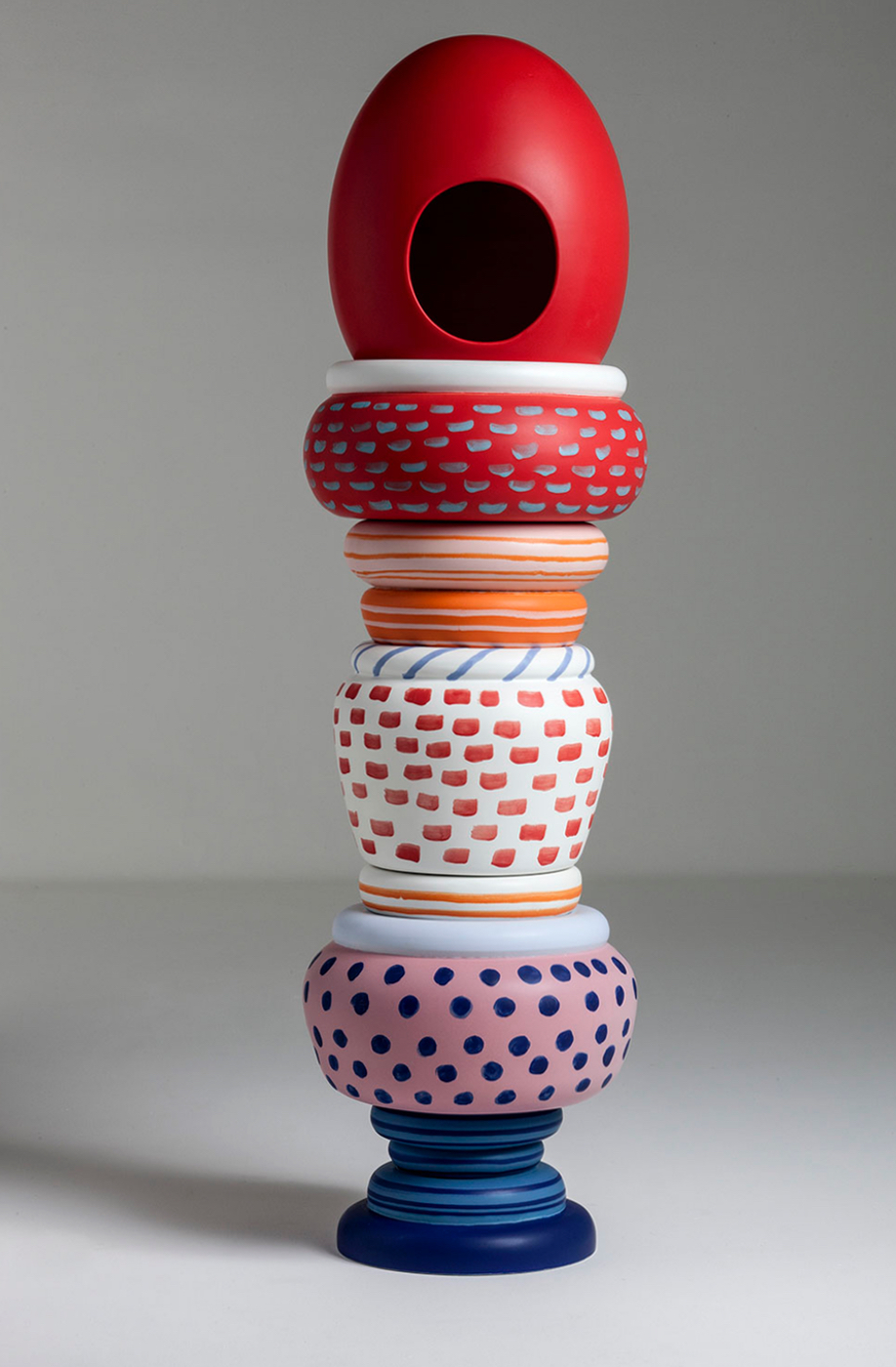 There’s also Doppia Firma, or Double Signature, showing the results of designer-artisan collaborations: For instance, Dutch designer Kiki van Eijk has worked together with gold leaf artisan Marino Menegazzo (both pictured at the top of this page) to realize new creations.

These two massive shows might feel overwhelming to navigate, so here are two features we’re especially excited about: At LDB, Maps of Defiance, the official UK entry to the London Design Biennale, features the work of Forensic Architecture and Yazda, in collaboration with Art Jameel. And at LDF, Es Devlin’s Please Feed the Lions interactive sculpture in Trafalgar Square, and Waugh Thistleton Architects’ Multiply installation outside the V&A are among the many highlights. Another must-see: Tom Dixon’s ELECTROANALOGUE, a gathering of digital innovations in the Coal Office HQ and flagship shop in King’s Cross. 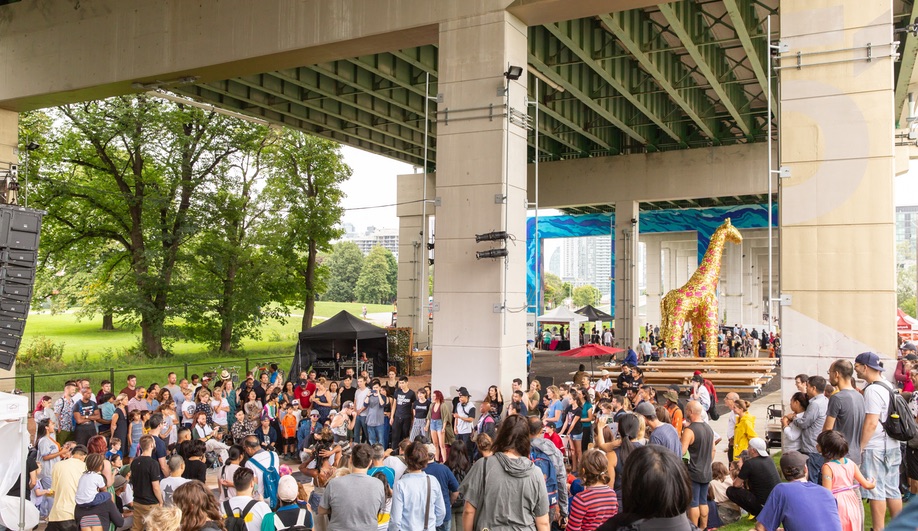 Where: The Bentway, Toronto, September 15

A hip-hop singalong, an urban issues wrestling match, a series of talks and artist installations – IdeasCity is bringing a ton of action to The Bentway on September 15. The annual festival, founded in 2011, has taken place in New York, Detroit, Arles and other cities around the world. This year marks its foray to Toronto, where – appropriately enough – it will take place at The Bentway. There will also be talks featuring artist-activist Rick Lowe, former Governor General of Canada Adrienne Clarkson, alongside the reveal of a series of new site-specific installations along The Bentway. 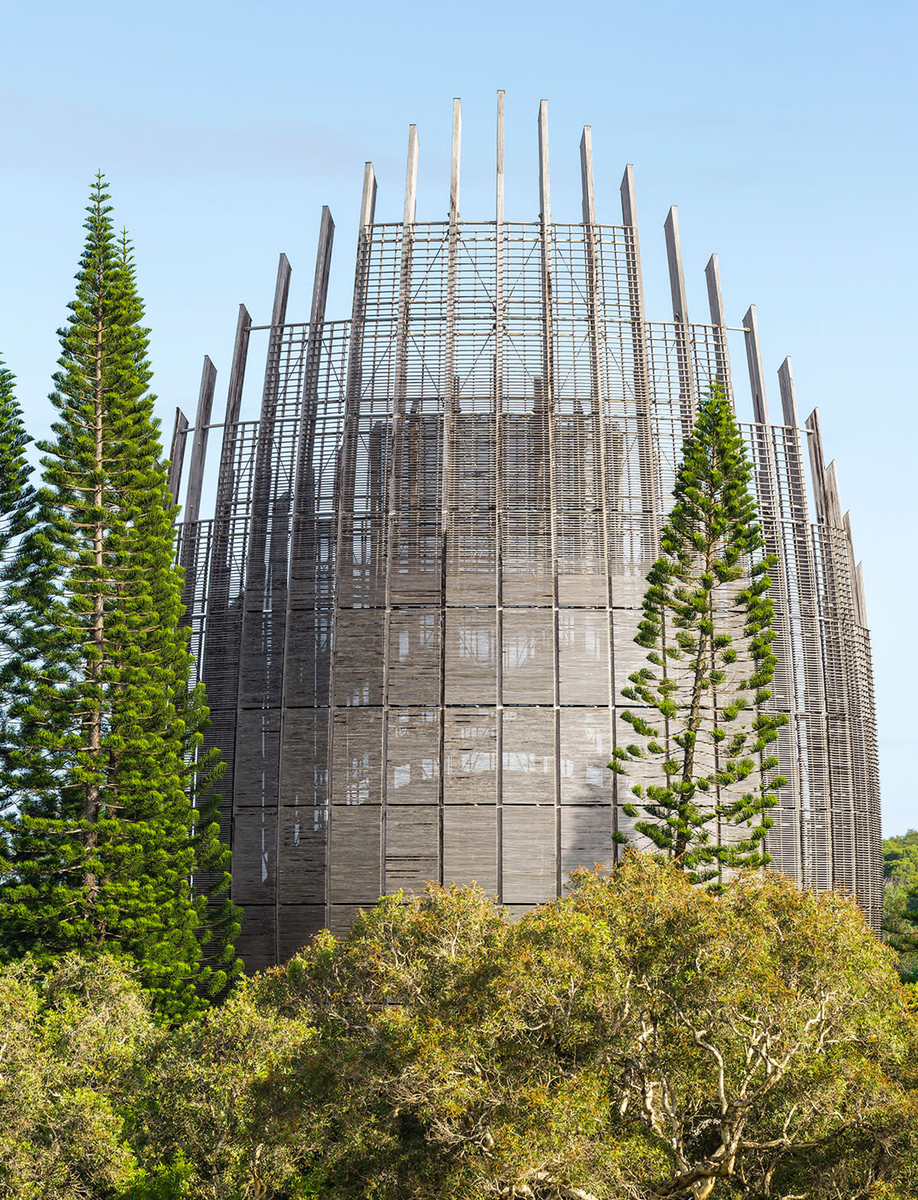 Renzo Piano is a national treasure in Italy, where he is a senator for life. In 2016, he was asked to assist with a national recovery plan following the earthquake in Amatrice, and just weeks ago he volunteered his services to help rebuild the Morandi motorway bridge in Genoa, which collapse resulting in the deaths of 43 people and rendered hundreds more homeless. 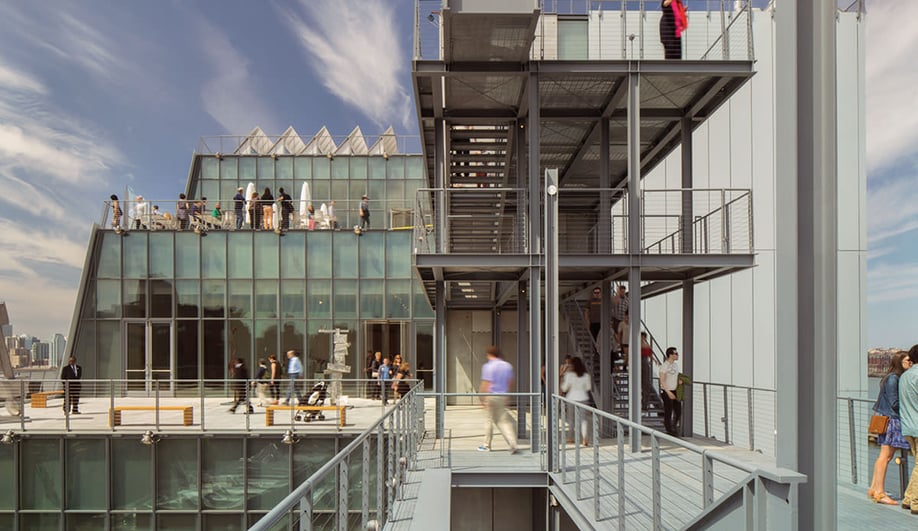 Genoa is where Piano’s heart is – he is from there and in 2004 devised a thesis called “How Genoa Could Be” – but he is renowned around the world, for projects including London’s Shard, Paris’s Pompidou Centre, the Jean-Marie Tjibaou Cultural Centre in Nouméa, the New York Times building and the Resnick Pavilion at the Los Angeles County Museum of Art. Focusing on 16 key buildings, this exhibition at the Royal Academy of Arts spans Piano’s 30-year career, from his Genoese heritage and paradigm-shifting collaboration with Richard Rogers to projects still in the making. 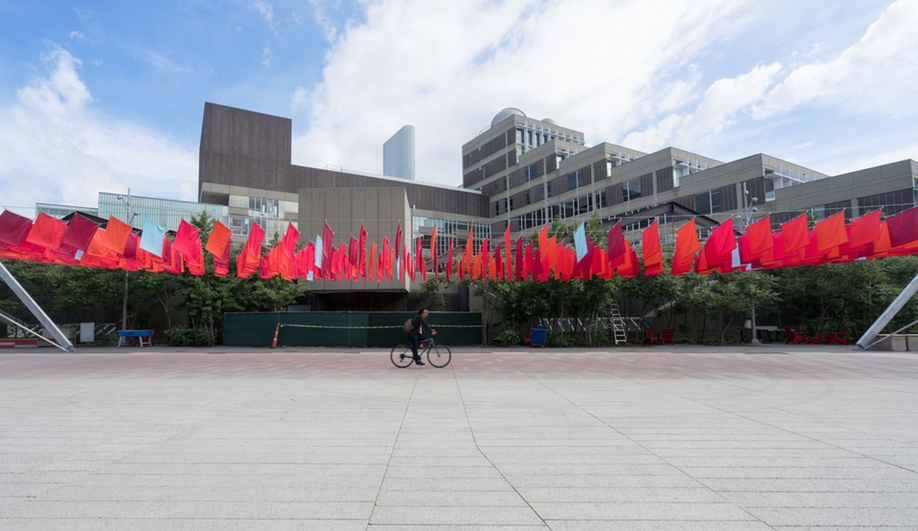 Interboro Partners, a Brooklyn firm led by Tobias Armborst, Georgeen Theodore and Daniel D’Oca, clinched one of the most coveted installation commissions for emerging architects when they were selected to create their Holding Pattern canopy in the courtyard of MoMA PS1 for the summer Warm Up series in 2011. Since then, Interboro has gone on to work on numerous architecture and urban design projects that prioritize community engagement. They were selected as lead planning consultant for the City of Detroit’s Campau/Banglatown Neighborhood Framework Plan, and they published The Arsenal of Exclusion & Inclusion (2016), an encyclopedia of “202 tools – or weapons – used by architects, planners, policy-makers, developers, real estate brokers, activists, and other urban actors in the United States to restrict or increase access to urban space.” 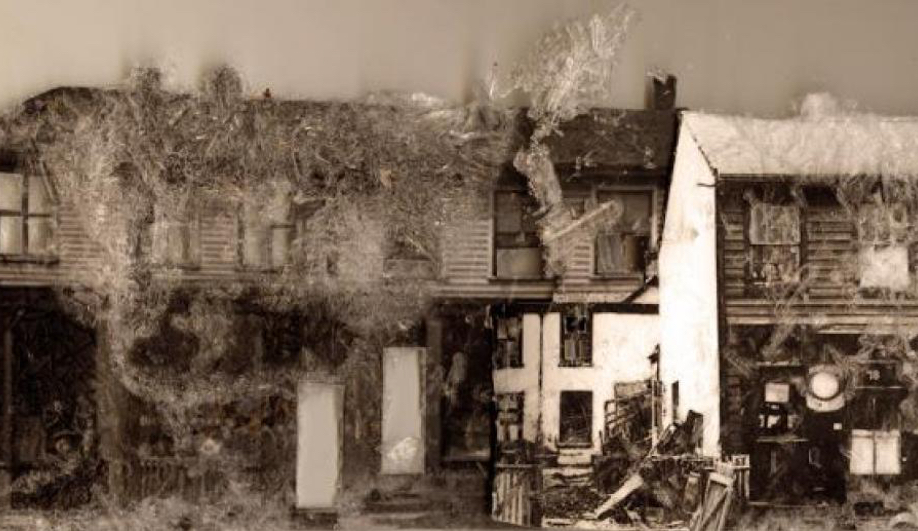 Some meticulously organize their Nuit around select neighbourhoods, others embark on a random journey of discovery through the city. However you like to take in the annual dusk-til-dawn romp, one thing remains the same: art brings people together in a world that seems intent on driving wedges among us. Among our picks: curator Tairone Bastien’s “The things they carried,” a multi-destination project that depicts Toronto’s myriad immigrant stories and includes a series of subway station murals called Mirrors of Babel. At Scarborough Town Centre, Mexican artist Máximo González installs a large installation of globes; and at the underground parkade beneath City Hall’s Nathan Phillips Square, Dream Time: We All Have Stories presents London, UK, artist Gayle Chong Kwan’s Preserved, an immersive photographic installation made of collages of the buildings in early immigrant neighbourhoods, including London’s Limehouse, New York’s Little Italy and Toronto’s Ward.

Among the architecture installations to take in, Lateral Office will install a large-scale interactive sculpture called Screen/Play at the Drake Commissary. Consisting of nine folded screens that will form a labyrinth of light, colour and reflection, it invites visitors to interact with the piece and the urban space around it. 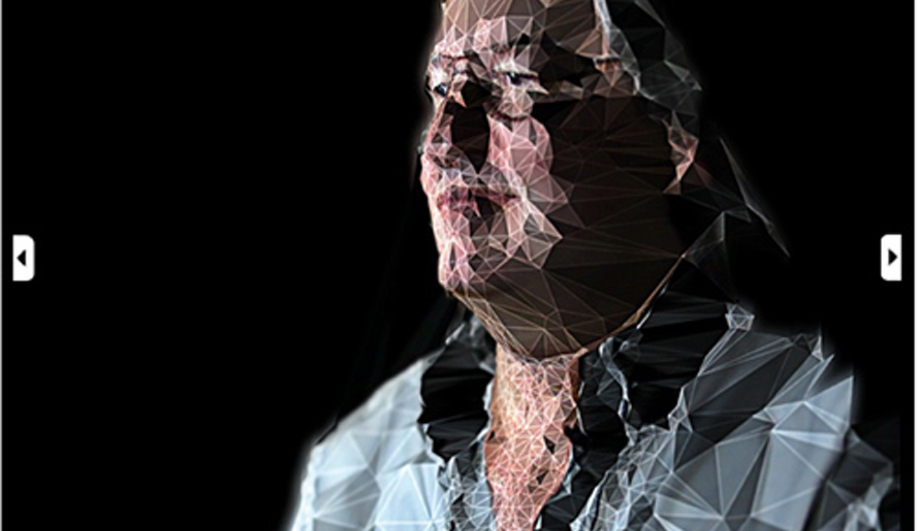 Best-known as a pioneer of the cyberpunk fiction movement, sci-fi writer Bruce Sterling explores the native architecture of the mid-21st century as being post-digital, post-Internet, and post-human. “The Anthropocene couldn’t be more obvious in 2050: they’re old people, in big cities, afraid of the sky. But what excites them about their own built environment? What do they themselves look forward to, thirty years from now? Why do they hop out of their intelligent beds in the morning, trembling with excitement about architecture?” Sterling, whose recent books include The Epic Struggle of the Internet of Things and Utopia Pirata: I Racconti di Bruno Argento, delivers this talk at the future-forward SCI-Arc in Los Angeles.

9 The Mile-Long Opera: A Biography of 7 O’Clock 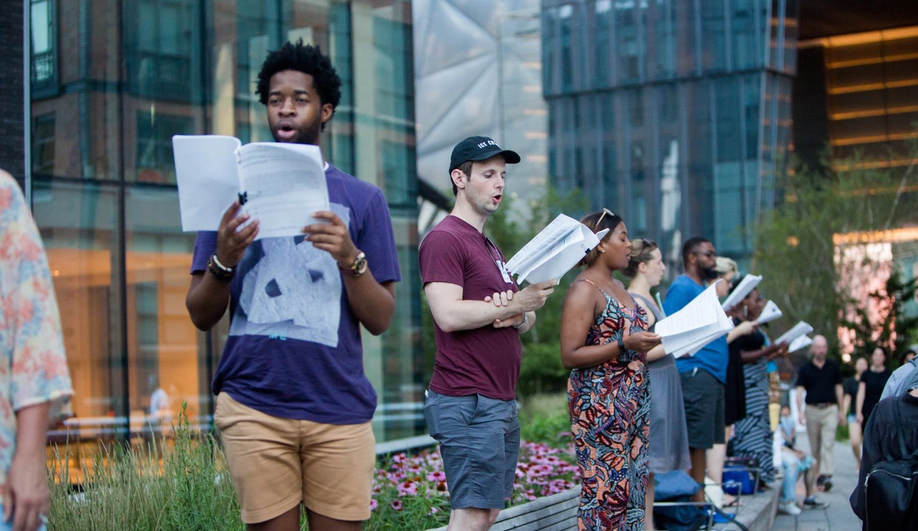 “Only in New York” may be a cliché, but when it comes to this spectacle there is no other descriptor. The Mile-Long Opera, a citywide public engagement project, brings together 1,000 singers for free performances on the High Line on five consecutive nights. The ambitious, collective, free choral work shares personal stories from hundreds of New Yorkers about life in the rapidly changing city. Conceived by architects Diller Scofidio + Renfro (which helped transform the High Line into the urban-regeneration phenomenon it is today) and Pulitzer Prize-winning composer David Lang, and written by acclaimed poets Anne Carson and Claudia Rankine, the stories sung in the Mile-Long Opera have been gathered through first-hand interviews with residents throughout the city, asking what 7:00 pm means to them. This is going to be epic. 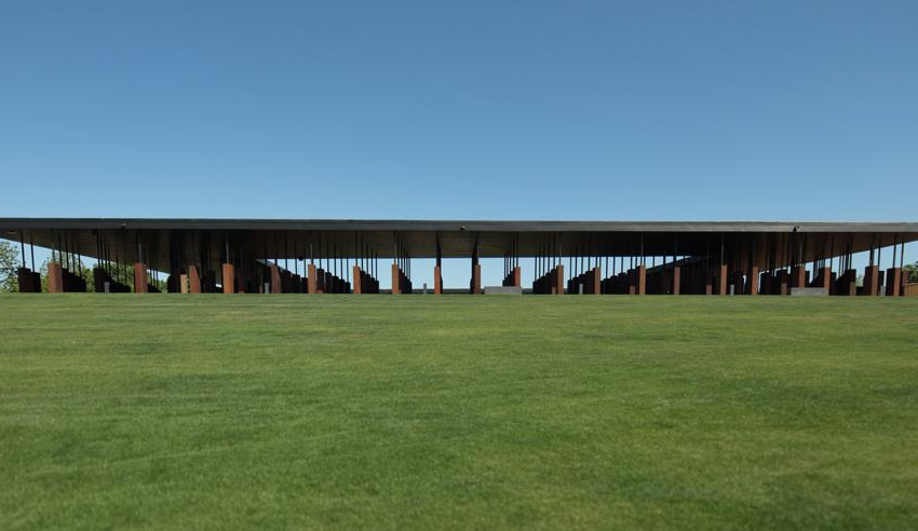 Where: University of Nebraska-Lincoln’s Collage of Architecture, Lincoln, October 26

When the National Memorial for Peace and Justice opened in Montgomery, Alabama, earlier this year, it was praised for bringing to light the horror of racial terror lynchings and white supremacy. MASS Design Group worked with the Equal Justice Initiative to create the memorial. As with its other work, including the Butaro district hospital and doctors housing in Rwanda, and the Gheskio Tuberculosis Hospital in Haiti, the project speaks to the firm’s focus on creating architecture with meaning. Amie Shao, a principal at the firm delivers what promises to be a not-to-miss talk as part of the Hyde Lecture Series at the University of Nebraska-Lincoln’s College of Architecture.

SHARE
Twitter, Facebook, LinkedIn, Pinterest, Email
TAGS
Art, Cultural, Event, Exhibition, Installation, Technology, Urbanism,
We rely on advertising revenue to support the creative content on our site. Please consider whitelisting our site in your settings, or pausing your adblocker while stopping by.