Faye Toogood’s Trailblazing Agender Concept for Selfridges
For a department store in London, UK, the local designer reimagines the apparel shopping experience stripped of all branding and gender-based signifiers. 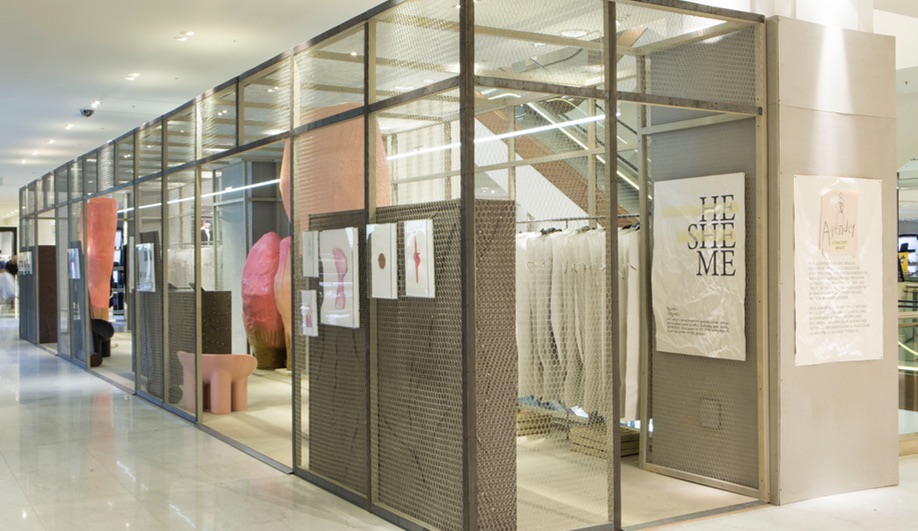 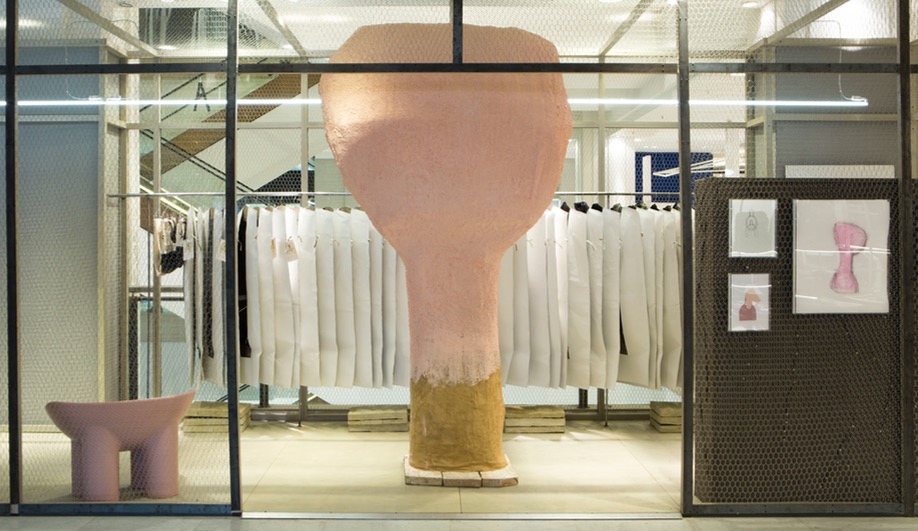 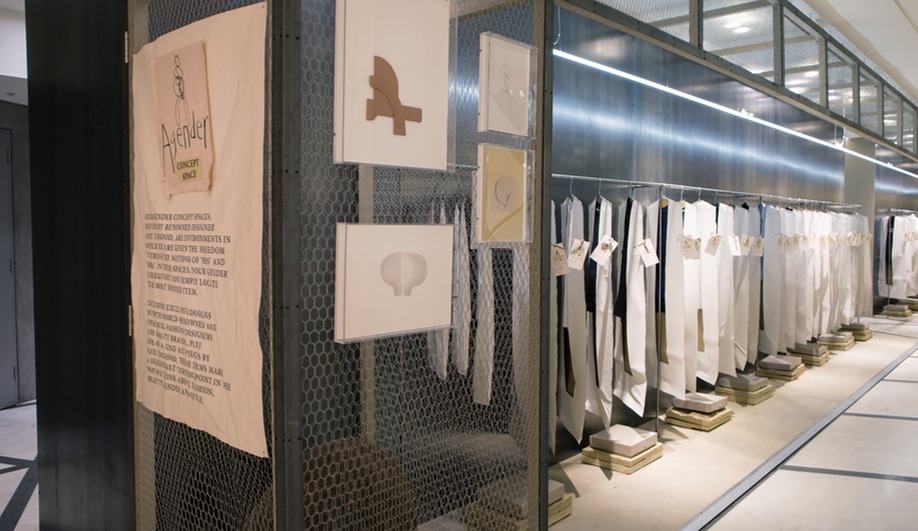 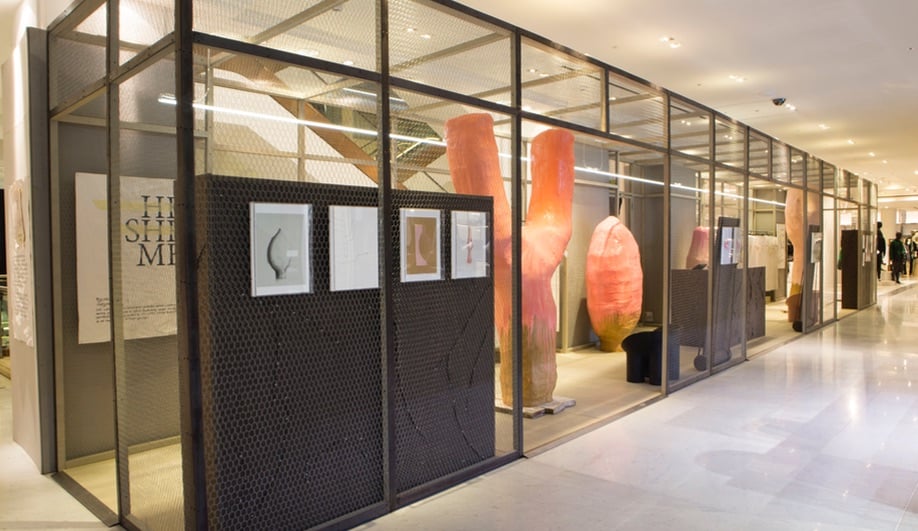 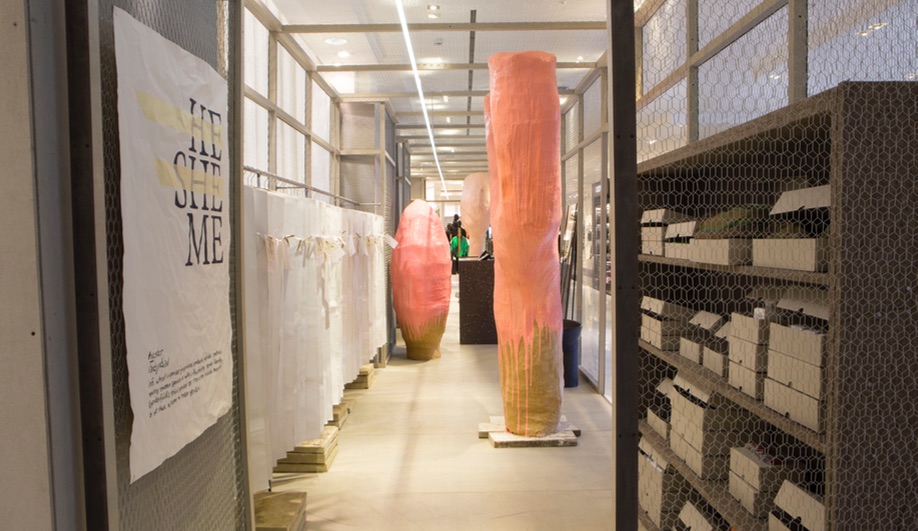 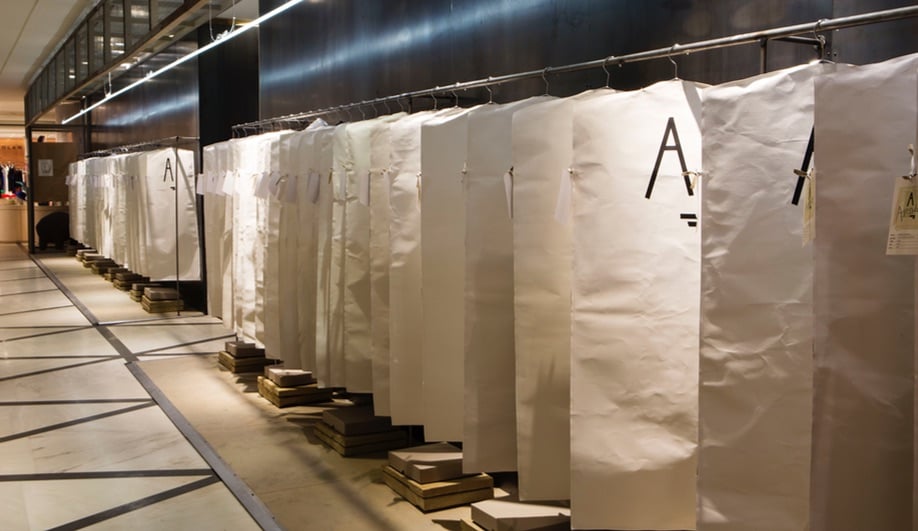 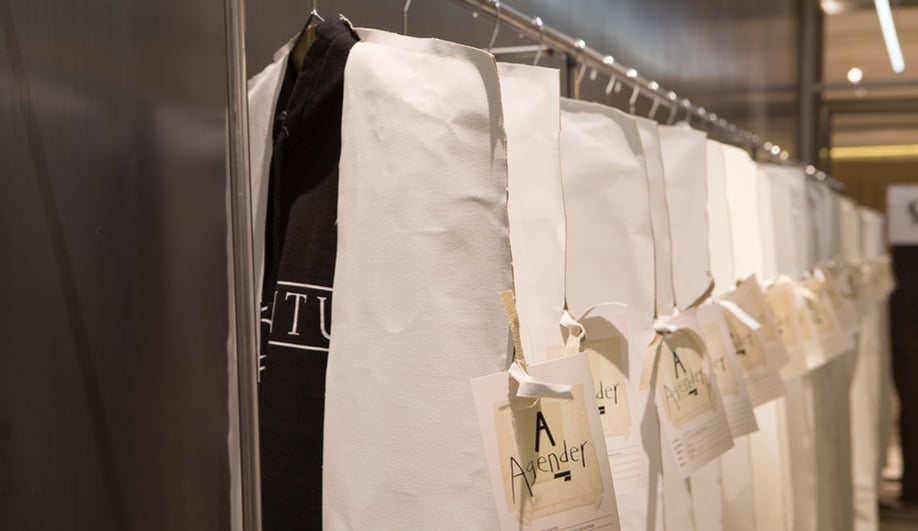 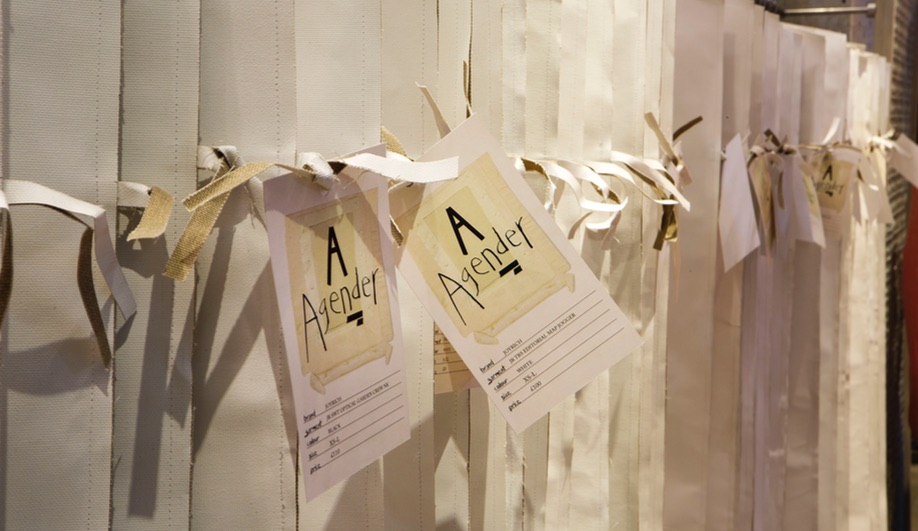 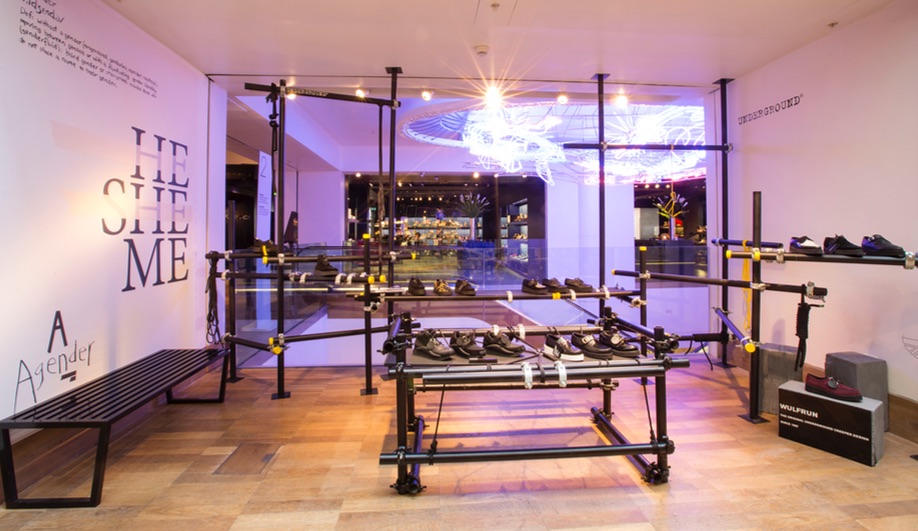 There’s a movement afoot. The Swedish Academy has recently added a new, gender-neutral pronoun to the dictionary – hen – for use when a person’s gender is unknown, or simply not relevant. Closer to home, there’s a push to stop splitting up toy stores by gender, with pink-packaged dolls on one side and blue-packaged trucks on the other. Businesses and university campuses, meanwhile, are likewise beginning to respond to the demand for gender-neutral washrooms.

As the need for gender binary in our language and spaces is gradually called into question, designer and artist Faye Toogood has gone one step further, controverting the way gender is entwined with the clothing we wear. In a series of concept spaces for London department store Selfridges, Toogood presents apparel stripped of gender cues against a backdrop that – while not without character – rebukes the assumption that a shopper’s gender should be mirrored in the design of the retail spaces in which they shop.

The concept’s three zones are spread across multiple floors; on the second and third floors, timber frames limn the contours of “houses” with chicken wire in place of bricks, offering two-way transparency. Bulky abstract sculptures evoke the curves of human bodies, while horsehair, steel and concrete evoke a strength that doesn’t veer into overt masculinity. On the first floor, meanwhile, Toogood conveys a softer feel with pink tones and materials such as vulcanized rubber.

This aggressively non-luxe material palette, which also includes roughly sketched signage, masking tape and canvas throughout, evokes the welcoming, casual atmosphere of an artist’s studio. “I chose to give the space the feel of an archive to reflect the curatorial decisions that go into any fashion edit,” says Toogood. “The materials used in the Agender houses have a primal, raw feel. It’s about trying to pare back the superficial layers of polish and branding, and by doing so reveal something that is innate.”

To the same end, all packaging has been removed or concealed. The garments, curated from over 40 brands including Comme des Garçons, Jeremy Scott and Toogood’s own Collection 002, are cloaked in white canvas sheaths, stripping them of any indication of the gender for which they might have been intended, and letting customers respond to the products, rather than their branding. “We’re allowing the garments to speak for themselves,” Toogood explains.

The gender-neutral gestures even extend to the store’s exterior: for the first time, mannequins have been removed from Selfridges display windows, where garments are presented without a model that might sway a customer’s purchase. “In the 21st century we’re increasingly aware that gender is not a binary,” says Toogood. “The way we choose to present ourselves as individuals shouldn’t be constrained by the artificial divisions of society or commerce.”

SHARE
Twitter, Facebook, LinkedIn, Pinterest, Email
TAGS
Concept, Retail,
AZURE is an independent magazine working to bring you the best in design, architecture and interiors. We rely on advertising revenue to support the creative content on our site. Please consider whitelisting our site in your settings, or pausing your adblocker while stopping by.