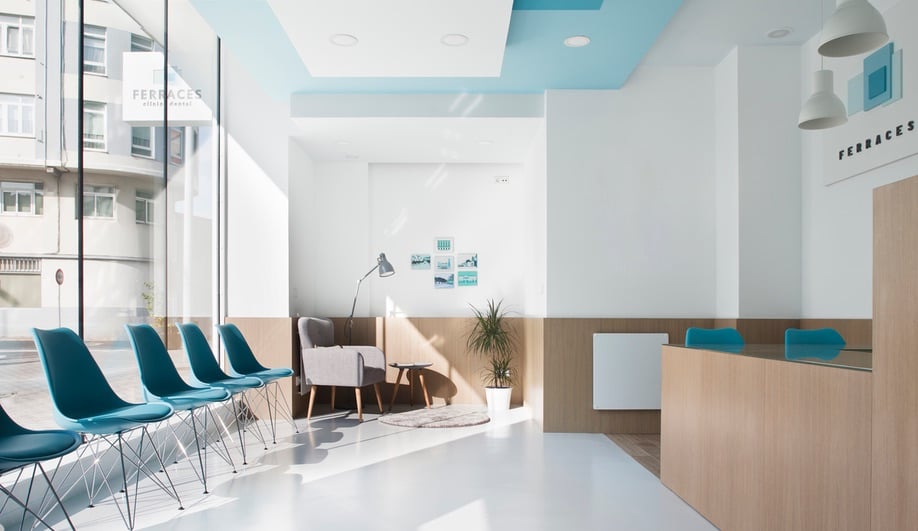 One of the best features of OpenCare, the app that connects users to nearby dentists, is that it highlights practises that specialize in dental anxiety. For good reason: fear is one of the main reasons many avoid dental checkups, and according to some estimates, it effects 60 per cent of the population. For dental clinics, reducing that fear isn’t only quality care – it’s good business. 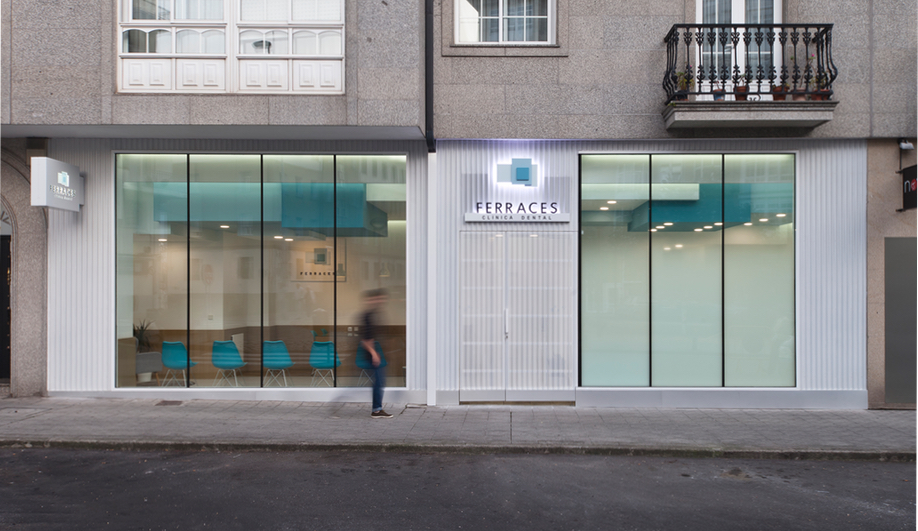 That’s something Ferraces Dental Clinic, located in Ferrol, Spain, understands. Designed by local studio As-Built, the 99-square-metre clinic is anything but clinical: the architect conceived the space to be a “two-way dialogue between the clinic and the square around it.” In other words, the dental office was built with transparency in mind; it aims to be an extension of public life.

As-Built achieved the waiting room’s transparency using multiple simple, but effective, details. The most obvious is a set of vertical, butt-jointed glazed windows, which invites users inside the building. The interior is lit by diffused light – it has a north exposure – which can be moderated with the use of a retractable sheer window shade. 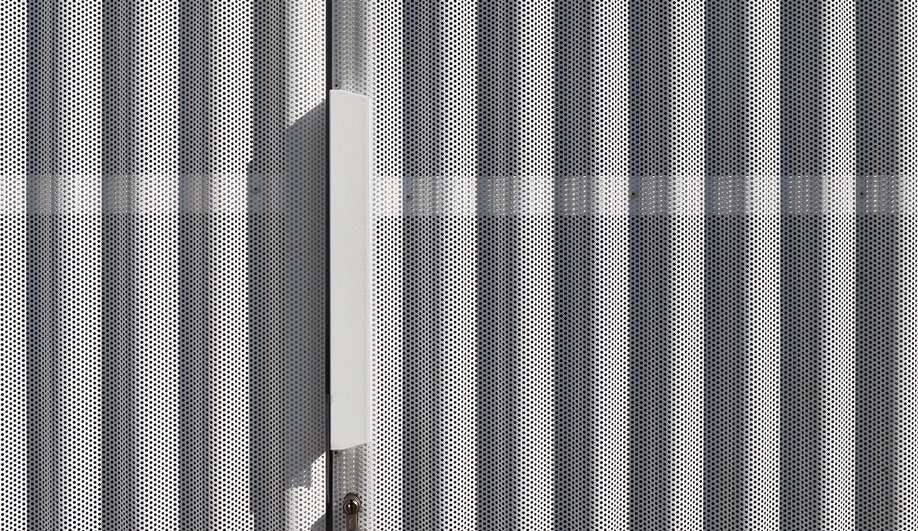 Beyond its windows, the clinic’s facade was fitted with undulating micro-perforated aluminum sheets. They provide the sensation that the building, and indeed its patients, can breathe – a welcome touch for visitors with dental phobia. 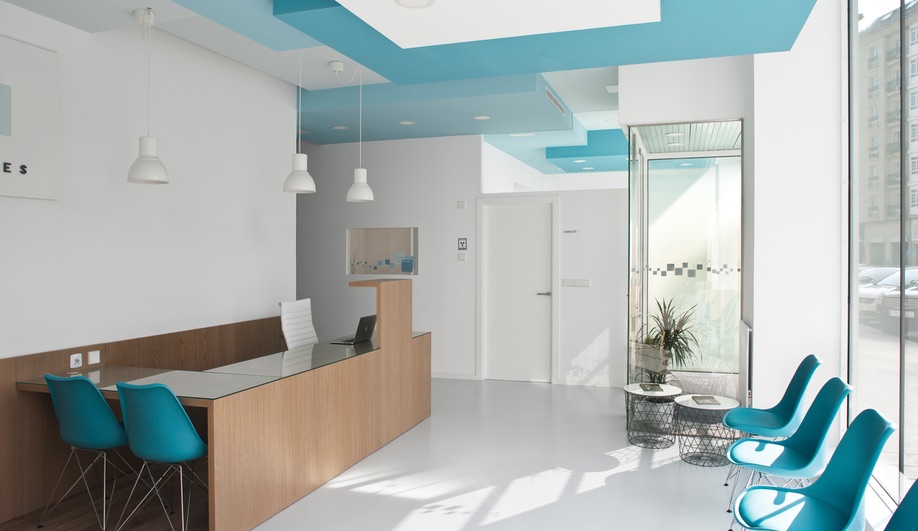 For all its efforts to create a serene environment, Ferraces Dental Clinic doesn’t attempt to hide its function. The interiors use a palette of white and blue-green, a colour often described as “hygiene green” for its use in sterile, health-related buildings. The firm also created a custom oak plinth that, as it progresses throughout the room, turns into a receptionist’s desk. 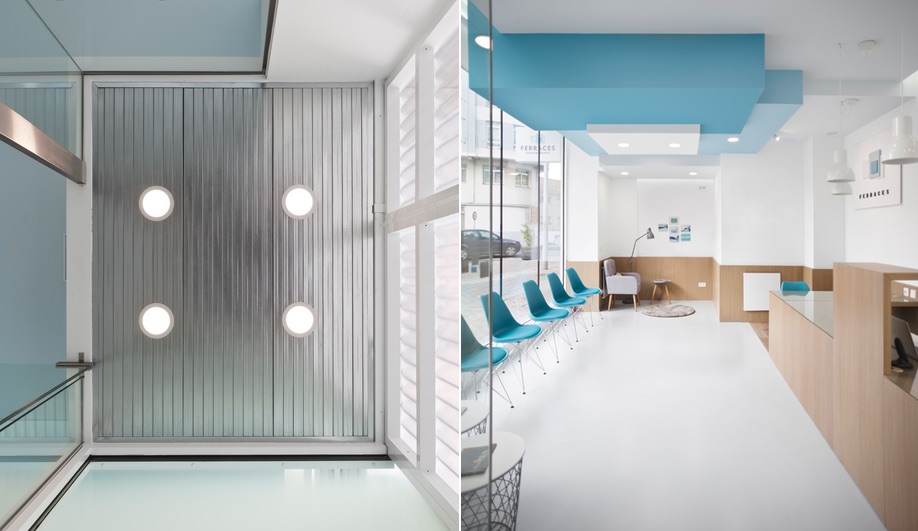 The clinic’s most playful attribute – and one that’s visible from the adjacent square – is its prismatic ceiling, which the architect describes as a “volumetric game.” Using pieces of plasterboard, As-Built created geometric patterns from various shades of blue, a motif that repeats throughout the rest of the clinic. 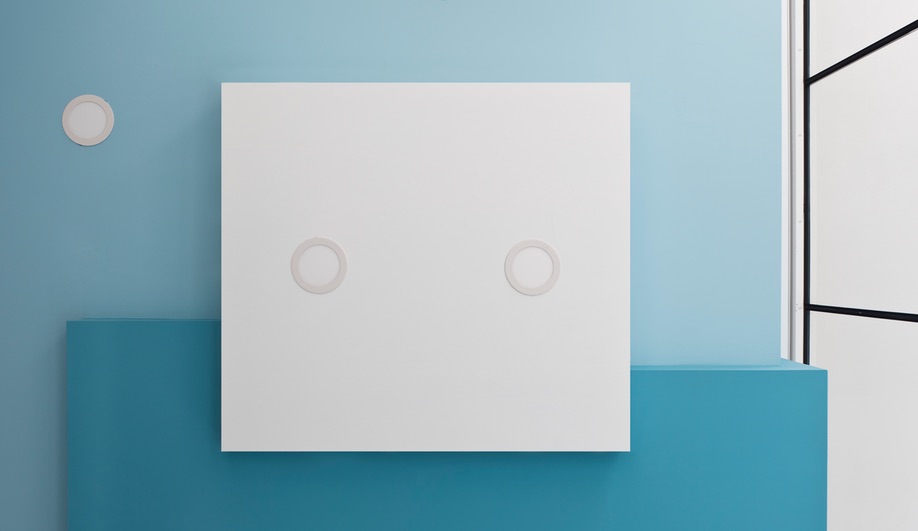 The rest of the clinic contains a staff room, an X-ray chamber, sterilization centres, bathrooms, and patient rooms, used for surgeries or routine cleanings. Even the staff areas (below) are outfitted with custom white cabinetry. 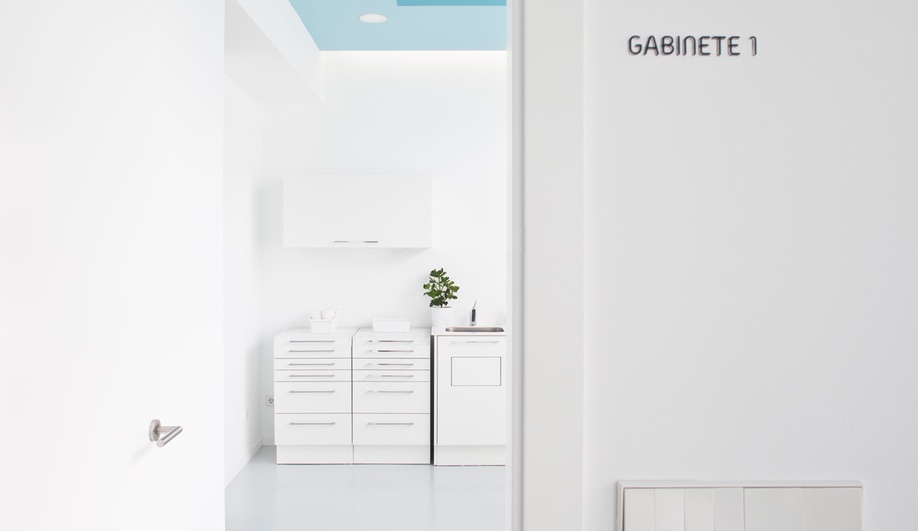 The public-facing areas – the rooms with dentist chairs – artfully balance visual access with privacy. Each room features a half wall, which allows natural light to trickle in from other areas, and partially frosted windows facing onto nearby streets. 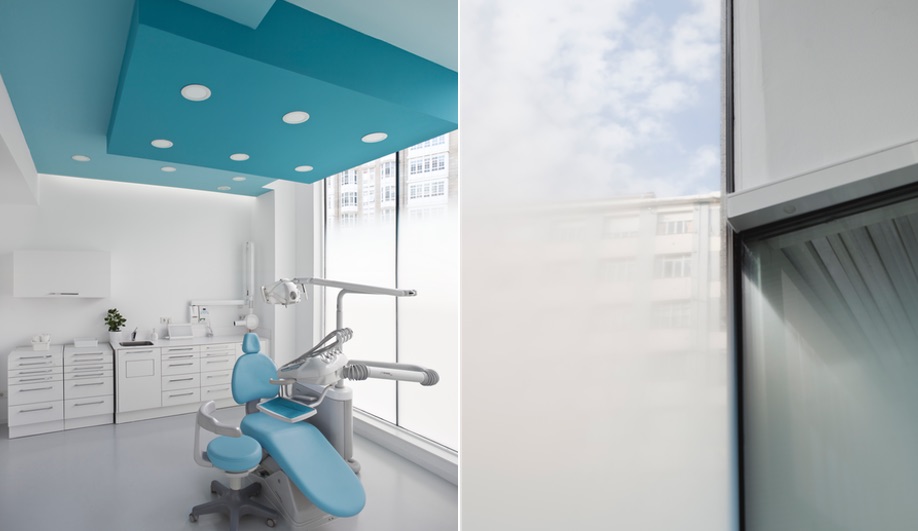 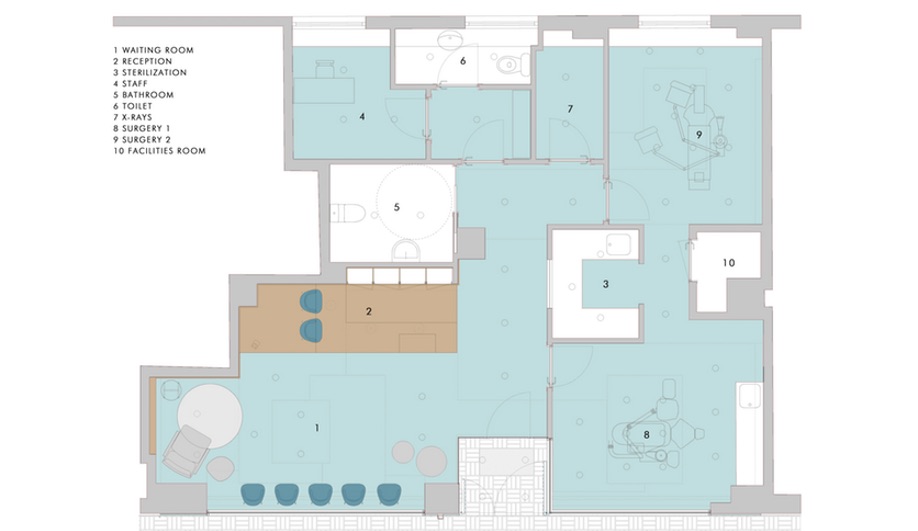