Designer Books: Finnish Style Gets Its Due
Two recent titles, Aalto and Out of the Blue, engage us once more with the core elements of Finnish culture, and reacquaint us with the country’s reputation for quality, function and design. 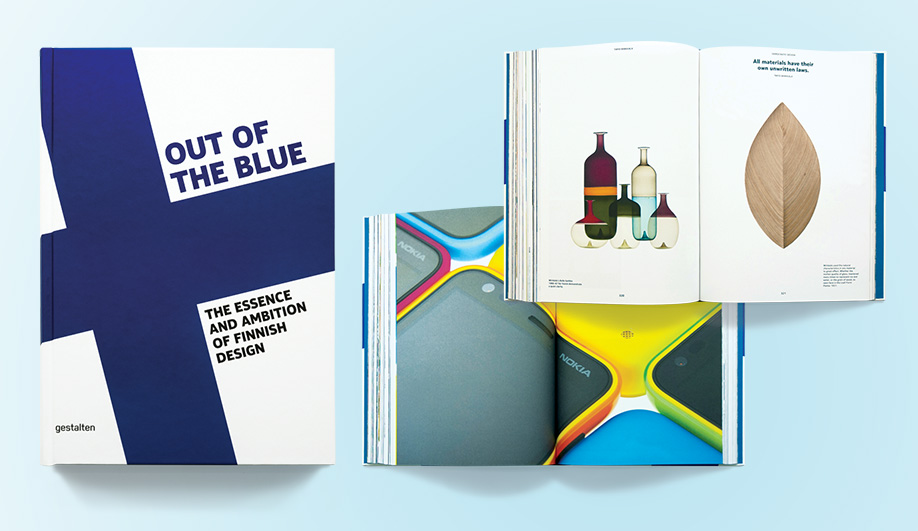 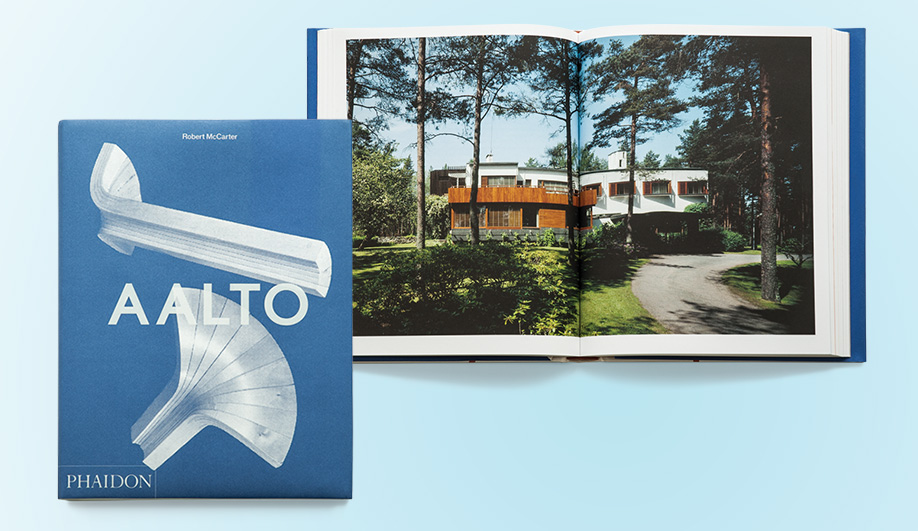 Book by Robert McCarter (hardcover, 248 pages)
Out of the Blue Book by Laura Houseley (hardcover, 416 pages)

This is a critical Time for Finland’s design identity. The Scandinavian nation is still coming to terms with the sale of two iconic companies: Artek, the manufacturer of bentwood furniture founded in 1935 by Alvar Aalto, was sold to Swiss furniture maker Vitra in 2013; and Nokia, once the world’s largest manufacturer of mobile phones, was bought by Microsoft in April. Two recent titles, Aalto and Out of the Blue, have emerged at an appropriate moment, timed to engage us once more with the core elements of Finnish culture, and quite possibly to mend the country’s reputation for quality, function and design.

Alvar Aalto is perhaps the greatest symbol of the modern Finnish aesthetic, recognized for his ability to translate layers of architecture, furniture, lighting and landscape into deep human experiences. Aalto, published by Phaidon, gives a detailed overview of his major works, from his interpretation of early Nordic classicism to his personal style of humanist architecture, which he developed from the 1940s onward. Generously illustrated, the book charts the ways in which he took inspiration from Finland’s forests, lakes and light, leaving no doubt that his vision changed how the country saw itself, while laying the foundation for the next generation of architects and designers.

His influence is also distinctly felt in the pages of Out of the Blue, compiled for Gestalten by Nokia’s graphic design team. Large, colourful images chronicle notable names, from postwar sculptors and industrial designers Tapio Wirkkala and Kaj Franck to such household brands as Marimekko and Arabia. The effect never feels too nostalgic, though, and it preserves a youthful flavour by bringing in a current mix of ceramicists; chefs; and textile, graphic and industrial designers – even a traditional puukko knife maker.

Together, these books give us a reassuring reminder that this small country, with a rich history to draw on, will continue making generous contributions to contemporary design.

Review by John Baker, founder and owner of Mjölk, a Toronto shop specializing in modern and contemporary design from Japan and Scandinavia.