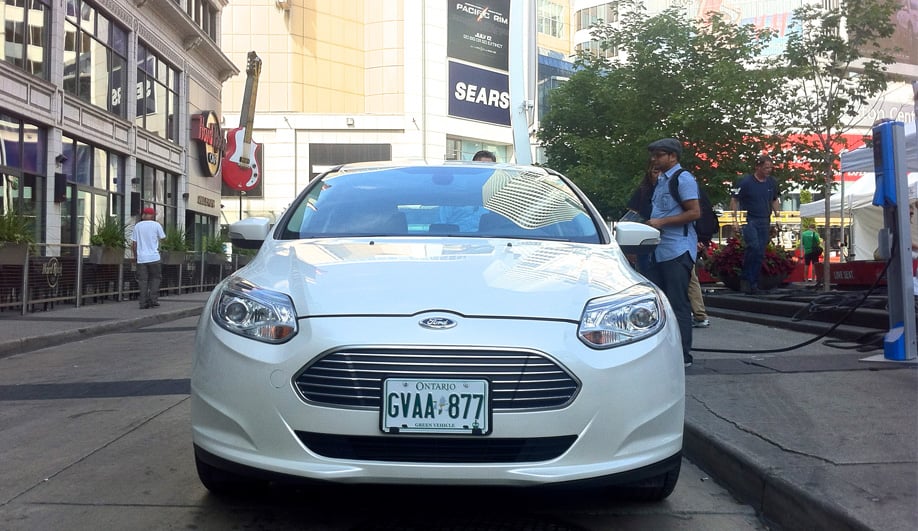 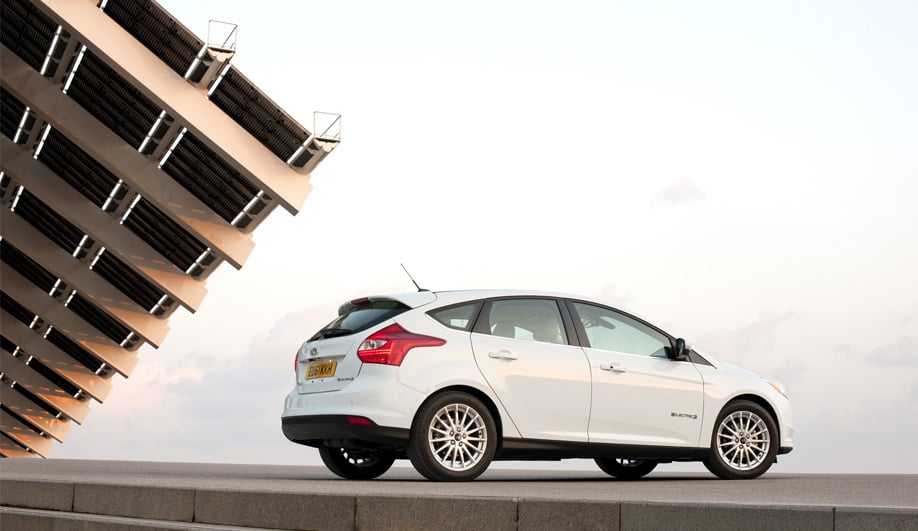 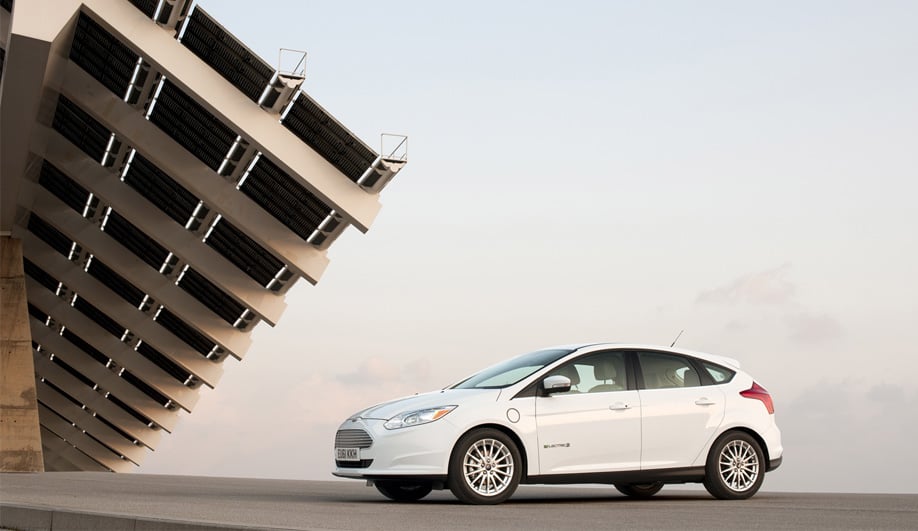 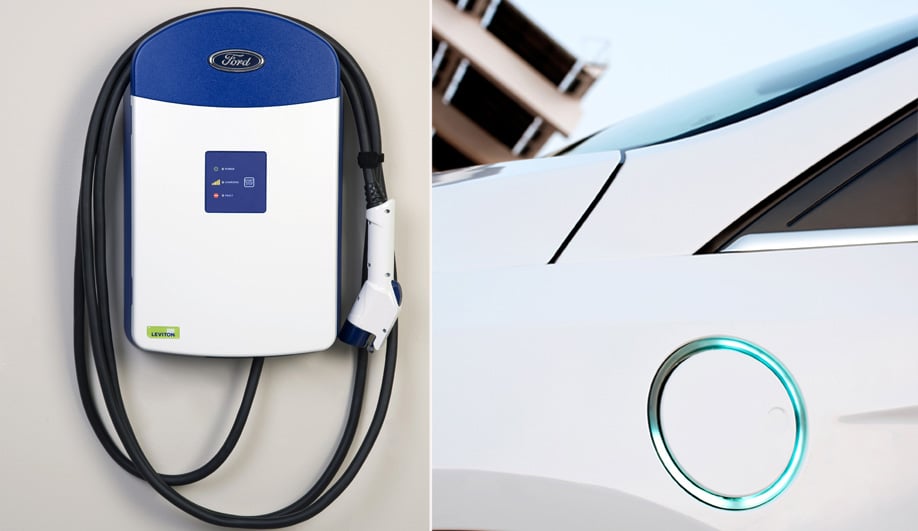 brought together the EV industry’s key players and their new roadsters – including the American automaker’s new Focus Electric sedan.

On the sweltering July day, Plug’n Drive, a local non-profit that advocates for the use of electric cars, organized the second annual EV DAY at the city’s bustling public square. Such automakers, utility companies and vehicle-charging station manufacturers as Tesla, Siemens and Schneider Electric chatted with the press and public on a day when the climate change crisis was irrefutable.

Among the selection of battery electric and plug-in hybrid vehicles available for testing, was Ford’s Focus Electric. The impressive machine was recently ranked the most efficient compact vehicle for 2013 by Natural Resources Canada’s ecoENERGY testing. The car’s annual operation costs are estimated at $384 while it consumes an equivalent to 1.7 litres per l100 kilometres on city streets and two litres per 100 kilometre for highway driving. The comparison to the standard gas guzzler is staggering. Typically, a gas-powered passenger car will consume an average of roughly 10 litres to cover the same distance.

A test drive of the Focus E at the EV Day launch proved that the car has both the guts and poise to handle intense urban commutes. With the single gear power-train, the car felt as thought it was always in the right gear and the cabin hummed quietly, a splendor that can only be appreciated in electric-drive vehicles.

Inside, touch technology seamlessly connects to music, communication and navigation tools, helping to make the most of the commute. Dynamic visual displays in the gauge and dash screens coach drivers on how to accelerate and brake efficiently – which extends the range of the EV. The juice is stored in a liquid-cooled, lithium-ion battery that sits squarely in the trunk. It charges in a mere four hours using a 240 volt charger, and can also be charged in about seven hours on a typical 110 volt plug.

With an expected range between 110 and 160 kilometres, the Focus E could steadily replace the typical commuter car, providing a silent, smoke- and heat-free alternative to the conventional motor vehicle.

SHARE
Twitter, Facebook, LinkedIn, Pinterest, Email
TAGS
Green Design, Transportation, Urbanism,
AZURE is an independent magazine working to bring you the best in design, architecture and interiors. We rely on advertising revenue to support the creative content on our site. Please consider whitelisting our site in your settings, or pausing your adblocker while stopping by.