Foster + Partners’ Electric Vision for the Future
Working with Nissan, the London architecture firm has debuted a concept that would transform the city and everything in it - from streets and buildings to cars - into fuel cells that power each other with renewable energy. 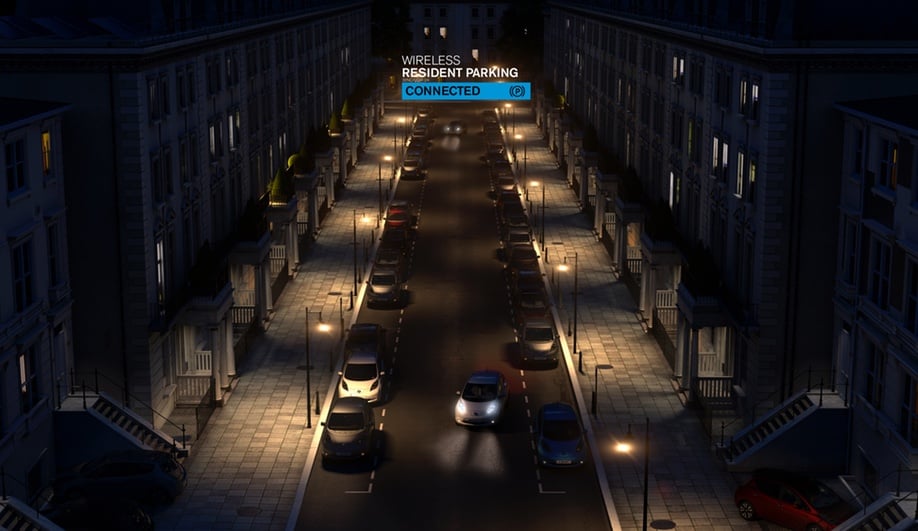 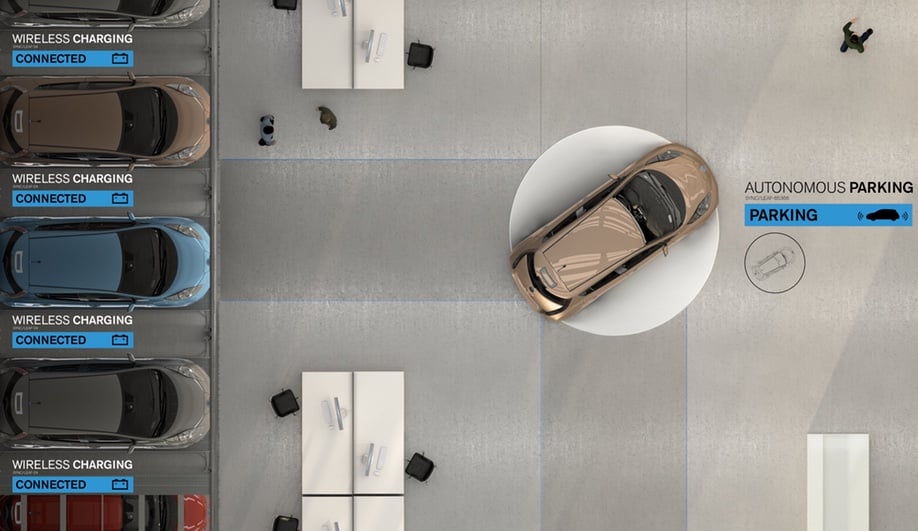 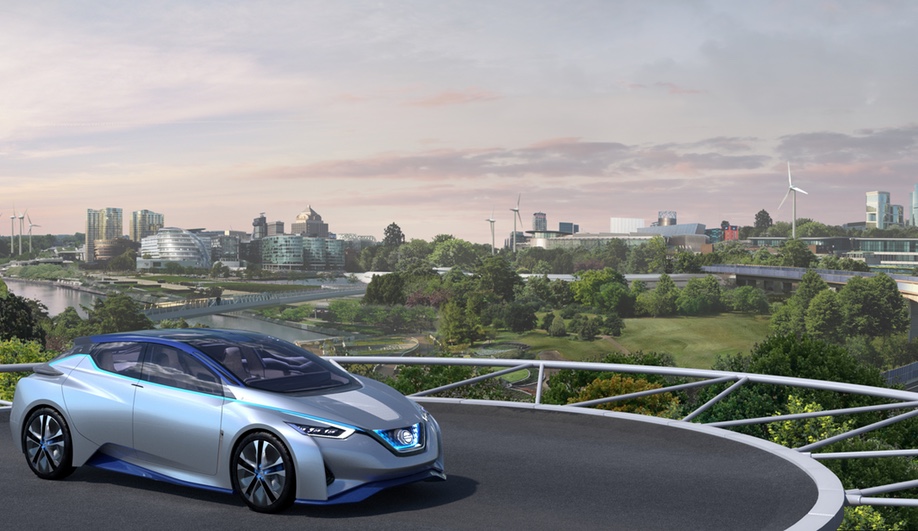 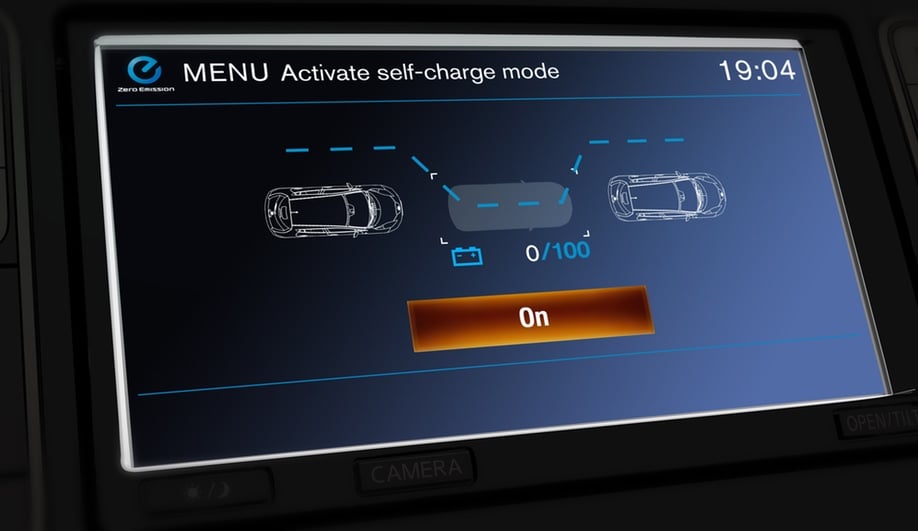 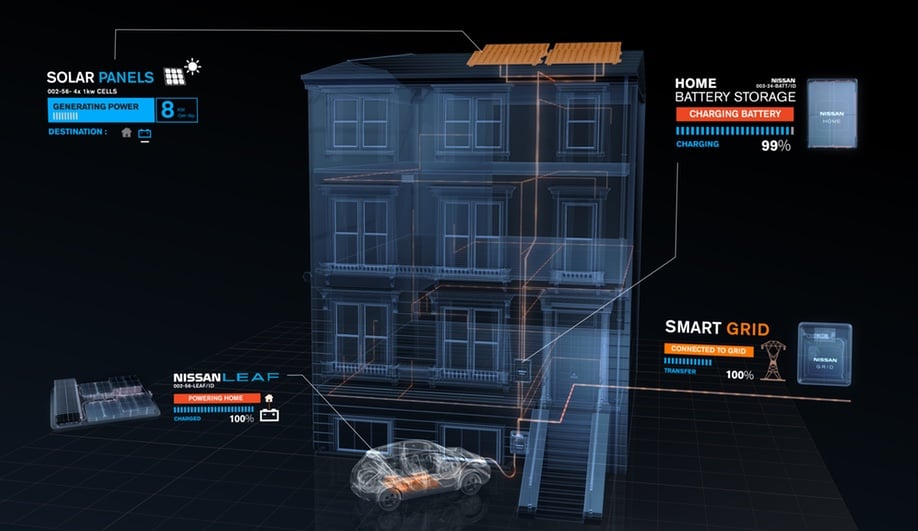 At the International Motor Show in Geneva, on until March 13, Nissan is introducing a concept that zooms well beyond the car itself. The Fuel Station of the Future – envisioned by Foster + Partners – turns the entire city into, you guessed it, a fuel station. In a ramped-up take on the Internet of Things, this interconnected network would mean that an electric vehicle – in this scenario Nissan’s Leaf (touted as the best-selling EV yet) – could charge itself on the street. All of the parking spots along a quiet residential street would double as wireless charging bays. At night, as you sleep, your car would autonomously steer into a spot, juice up, then back out to let another vehicle in.

Afterwards, the car would drive itself right up to the home and redistribute its stored energy into the house – and into the smart grid. A recycled Leaf battery could be used as the home’s battery, storing the electricity from the vehicle and from its own sources of renewable energy, such as roof-mounted solar panels. The home fully charged for the day, you would drive the car straight into work – the office of the future imagined as a place also equipped to replenish your ride, as well as harness the vehicle’s stored energy to power the building’s day-to-day operations.

Ultimately, this reciprocal energy exchange would happen at every scale. Clean energy would become a free commodity shared among the various buildings and amenities of a fully integrated zero-emission city. This would be a future city that runs exclusively on renewable energy generated by sources such as photovoltaics and wind energy. Nissan and Foster + Partners, which developed the scheme over 12 months, note that by 2050, seven out of every 10 people will live in urban areas. “It is imperative that the infrastructure exists to support this growth.”

The car manufacturer is doing a test-drive on this vehicle-to-grid innovation in Europe, in order to see how second-life batteries, self-driving cars, wireless charging and over-the-air connectivity can come together to make the Fuel Station of the Future a viable possibility.

It’s not the only car company to set its sights on the future of mobility. (And Foster + Partners has also come up with other dreamy urban-mobility visions recently). Ford and Ideo are studying the various ways in which people get to work in order to come up with tools (such as smartphone apps) that make the multimodal commute more manageable. Besides car companies, many cities are making bold strides in reinterpreting the role of the car – even going so far as banning cars altogether from the city core.

Perhaps the future will be a mix of fossil fuel-independent (self-driving) cars – and, hopefully, buses, bikes and other forms of public and private transportation – together with completely car-free zones.

SHARE
Twitter, Facebook, LinkedIn, Pinterest, Email
TAGS
Technology, Urbanism,
AZURE is an independent magazine working to bring you the best in design, architecture and interiors. We rely on advertising revenue to support the creative content on our site. Please consider whitelisting our site in your settings, or pausing your adblocker while stopping by.