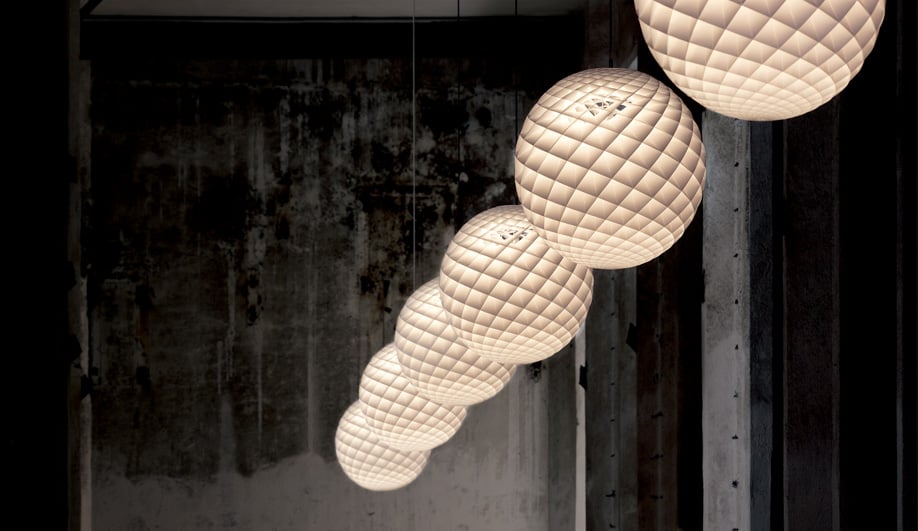 Based on the Fibonacci spiral, Louis Poulsen’s Patera fixture diffuses a soft illumination. Plus, three more lighting innovations that soothe and uplift.

Øivind Slaatto’s aversion to harsh lighting began eight years ago. Shortly after graduating from the Royal Danish Academy of Fine Arts, the designer suffered a concussion that took years to recover from and left him unable to cope with bright light. “I get headaches and can be physically sick when I’m exposed to bad lighting,” he says.

Turning his disability into a positive, Slaatto started fiddling with laser-cut PVC in cyclical patterns to find a way to block out glare. He studied the Fibonacci spiral, or “golden ratio,” which corresponds to the mathematical sequence 0, 1, 1, 2, 3, 5, 8, 13, and so on. When he slotted together his material in that order, the resulting spirals resembled those found in such naturally recurring structures as seeding sunflowers and pine cones. With the bulb obscured, the eye is shielded from excessive light. 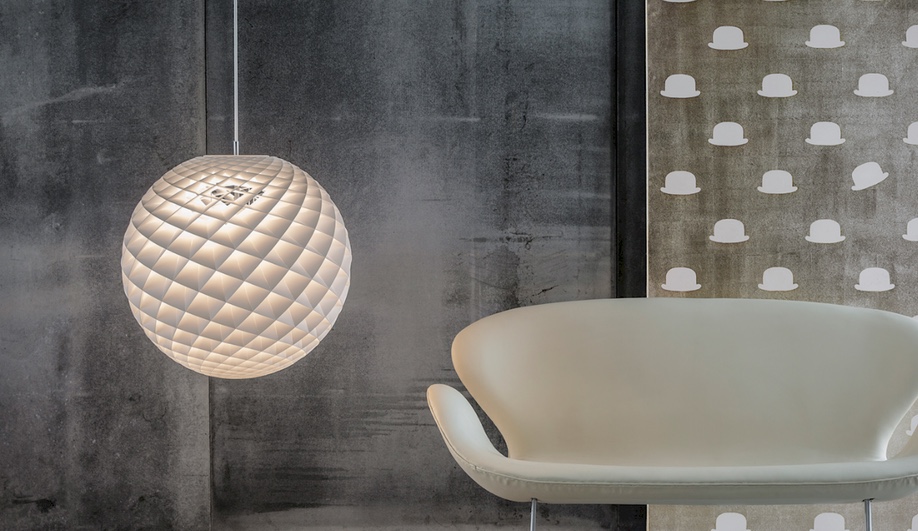 Called Patera and recently launched by Danish brand Louis Poulsen, the pendant represents effective lighting at its most hypnotic and thera­peutic. “Even if you don’t understand its mathematical structure,” Slaatto says, “you benefit from it.”

Here are three additional lighting innovations that aim to keep us healthy: 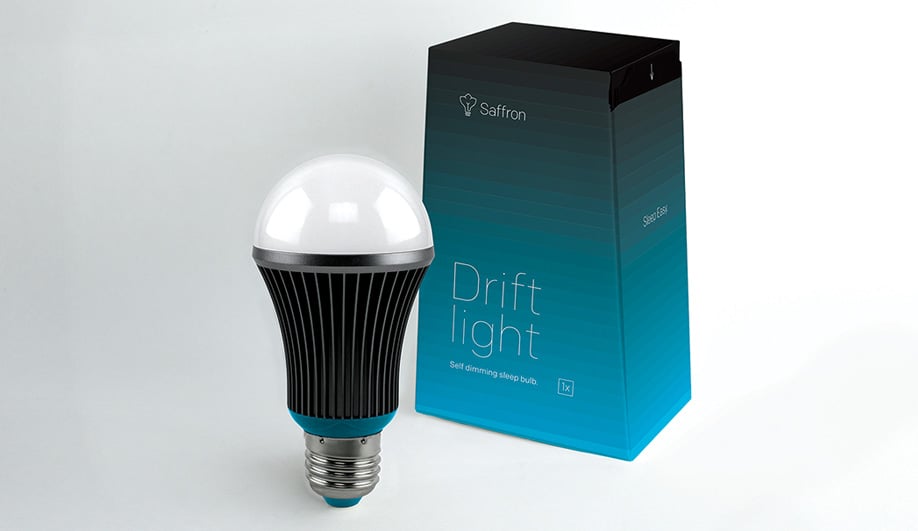 Drift Light by Saffron
The average length of time it takes the sun to set is 37 min­utes. This low-blue bulb dims at the same pace, letting the body and mind relax gradually, as nature intended. $33 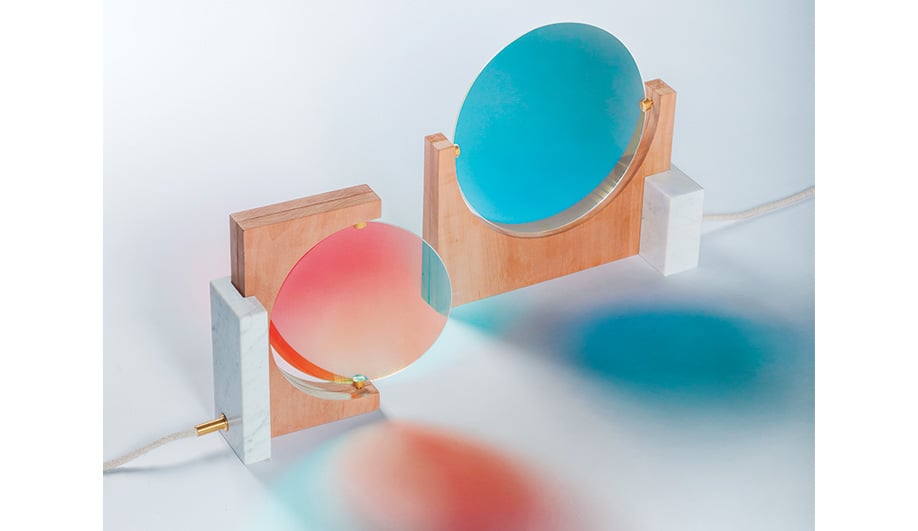 Day&Night light by Éléonore Delisse
Fitted with a colour-filtering glass lens, this tabletop lamp prototype is designed to alleviate the winter blues. The light changes from energizing blue in the morning to calming amber in the evening. 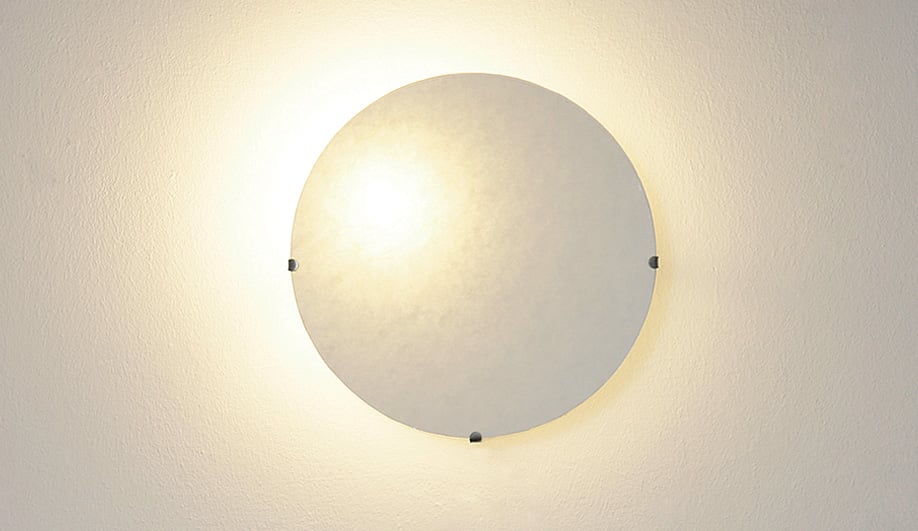 Rising Light by Studio Toer
Most people spend more time indoors than out, so Studio Toer has designed a lamp that acts like a clock, its bulb moving in a 12-hour rotation in sync with the sun. $340