What You Need to Know About Alison Brooks
The RIBA-awarding winning architect will be speaking at [email protected], an international convention being held in Toronto. Here are four key reasons why Alison Brooks is considered one of Europe's most important architects. 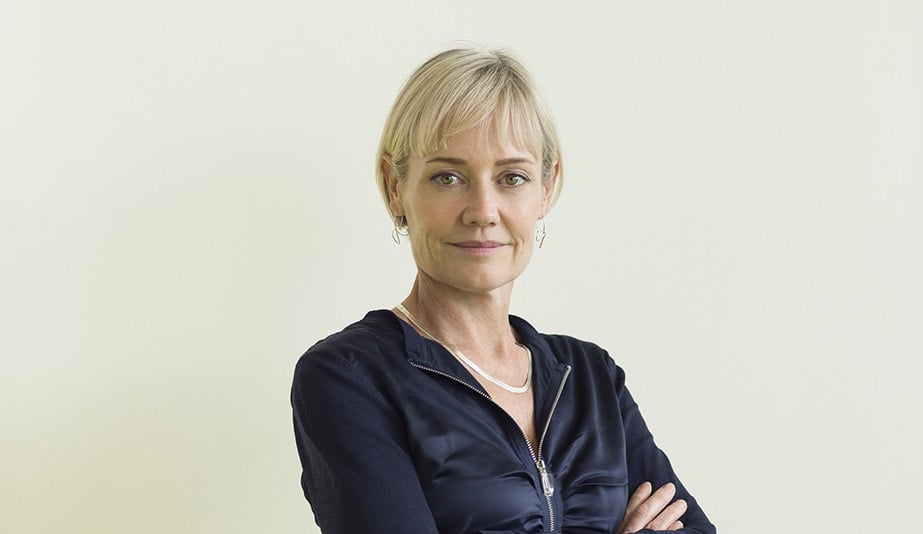 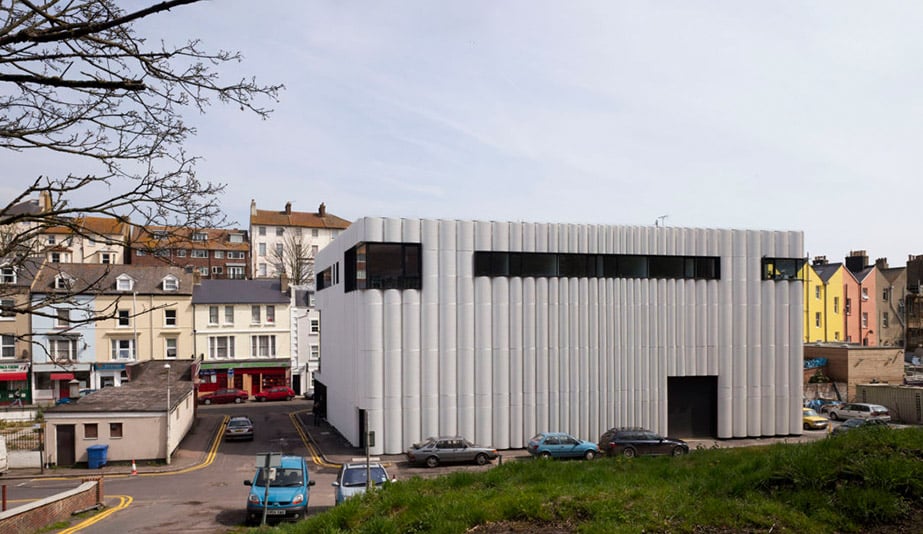 She believes single-use buildings are obsolete.

Speaking at the World Architecture Festival in Berlin last year, Brooks outlined her position that architects should not be thinking of buildings solely as containers for a singular purpose, but rather they should recognize how unpredictable architecture can be when it comes to how buildings get used. What might start out as a garage, for instance, can become a conference centre. That means all architecture is a form of civic building. 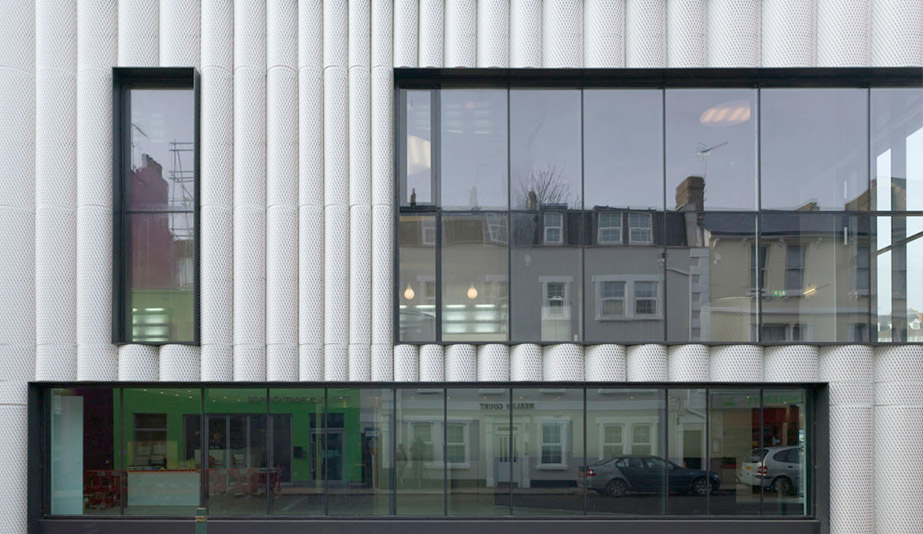 To illustrate her point, Brooks focused on Quarterhouse, a 5,500-square-metre performing arts centre her firm completed in the English Channel port town of Folkestone. A corner building in the downtown core was converted into a 220-seat theatre, offices and restaurant, and clad in semi-transparent vertical mesh panels that bow outward like striations on a seashell.

Brooks describes the building as having dual natures; it becomes a part of the old-town streetscape during the day, while at night, its illumination signifies its role as a place for entertainment and social interaction. The project was also done on a dime, built for £3.8-million. As she notes, that’s about the current going price for a two-bedroom flat in London. 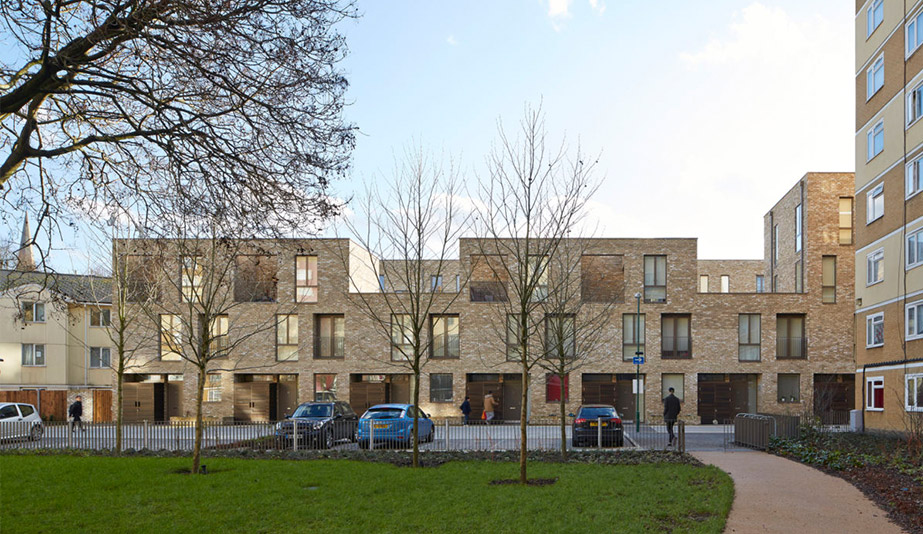 Many of her housing projects are mixed-income.

As just one example, there is the award-winning Ely Court in the London borough of Brent. Brooks’ firm ABA took what was once a deprived estate and inserted three mid-rise residential buildings to the lot, adding 43 quality-built dwellings to the neighbourhood. Her scheme also provided new public spaces that help make the area work as a conduit for more engaged public life.

It’s also a mix of social and private housing, though there is no clear distinction between the two – a strategy that has helped reduce social segregation.

What stands out most, though, is how far beyond the brief Brooks and her team are willing to take a project. As architects, she has said: “We should be rethinking how we describe architecture to the public, so they understand we are delivering more than what our clients asks for.” Brooks believes in delivering along with new buildings a sense of civic pride and social rejuvenation. Completed in 2015, Ely Court won a RIBA National Award in 2016, and it became a finalist last year for the EU Mies van der Rohe Award. 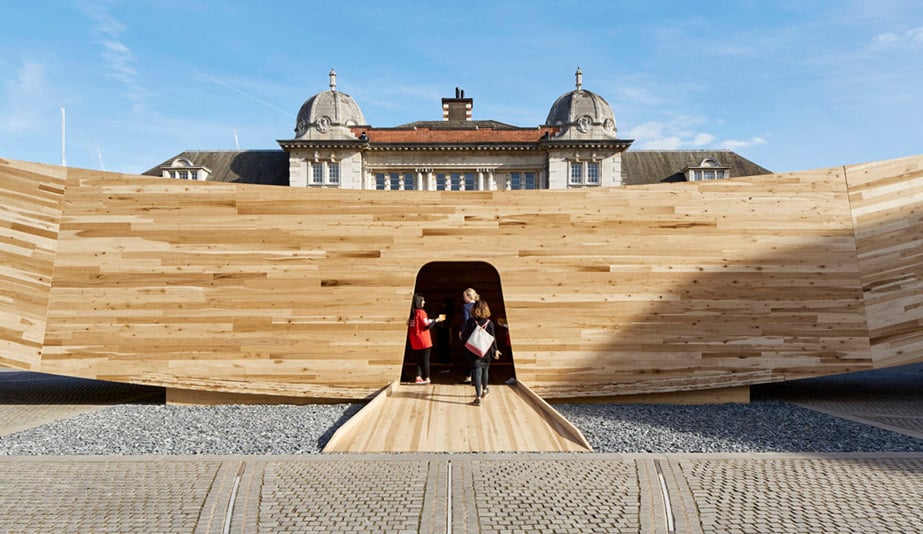 The Smile is among Brooks’ most awarded – and popular – projects to date.

In 2017, Brooks was invited by the American Hardwood Export Council to come up with an interactive installation for the public to enjoy during London Design Week. The council also requested that she push her thinking beyond the assumed limits of the material. Brooks came up with a concept for a spectacular 3.5-metre high and 4.5-metre wide rectangular tube that curved upward in the shape of a grin. Its 34 metre length sat in the centre of the Chelsea College of Art (UAL) Parade ground. 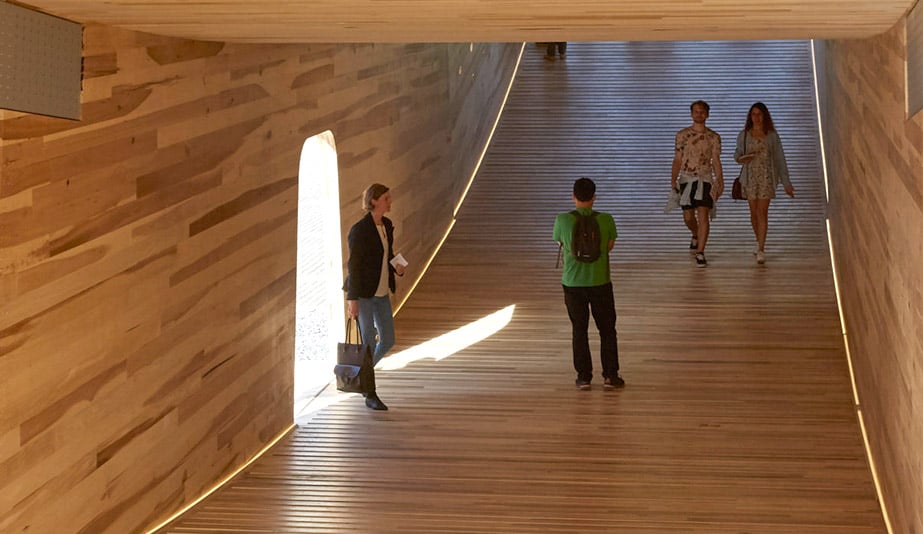 Appropriately named The Smile, she described the temporary structure as a form of “urban performance” acting as a catalyst for bringing people together.

It also laid bare the versatility of wood construction. Made of cross-laminated American tulipwood, The Smile pushed the boundaries of hardwood engineering, using just 12 panels of CLT in its construction. It also blurred the lines between art and architecture, becoming a social media sensation with over 13,000 Instagram impressions and 96,000 twitter mentions during its month-long run.

The British architect is actually Canadian.

Born in Toronto, Brooks graduated with a BES and BArch from the school of architecture at the University of Waterloo, Ontario, in 1988. She moved to London and began working with designer and architect Ron Arad. In 1991 she became a partner in Ron Arad Associates, and five years later founded her own London practice, Alison Brooks Architects, where she has focused on her main interests, including exploring new forms of sustainable housing, urban design and infrastructure, or as she has said: “all of the stuff that Britain’s been pretty far behind on.”

Brooks is the only British architect to have won all three of the U.K.’s most prestigious awards for architecture: the RIBA Stirling Prize, Manser Medal and Stephen Lawrence Prize.

Alison will be speaking in Toronto, as part of [email protected], on Thursday, April 12, at 3pm at the Enercare Centre 100 Princes’ Blvd., Toronto. Tickets are free, though attendees are required to register here, using code 18000.

This lecture qualifies for one ConEd structured learning hour (a certificate will be provided upon request, post-event, by email).