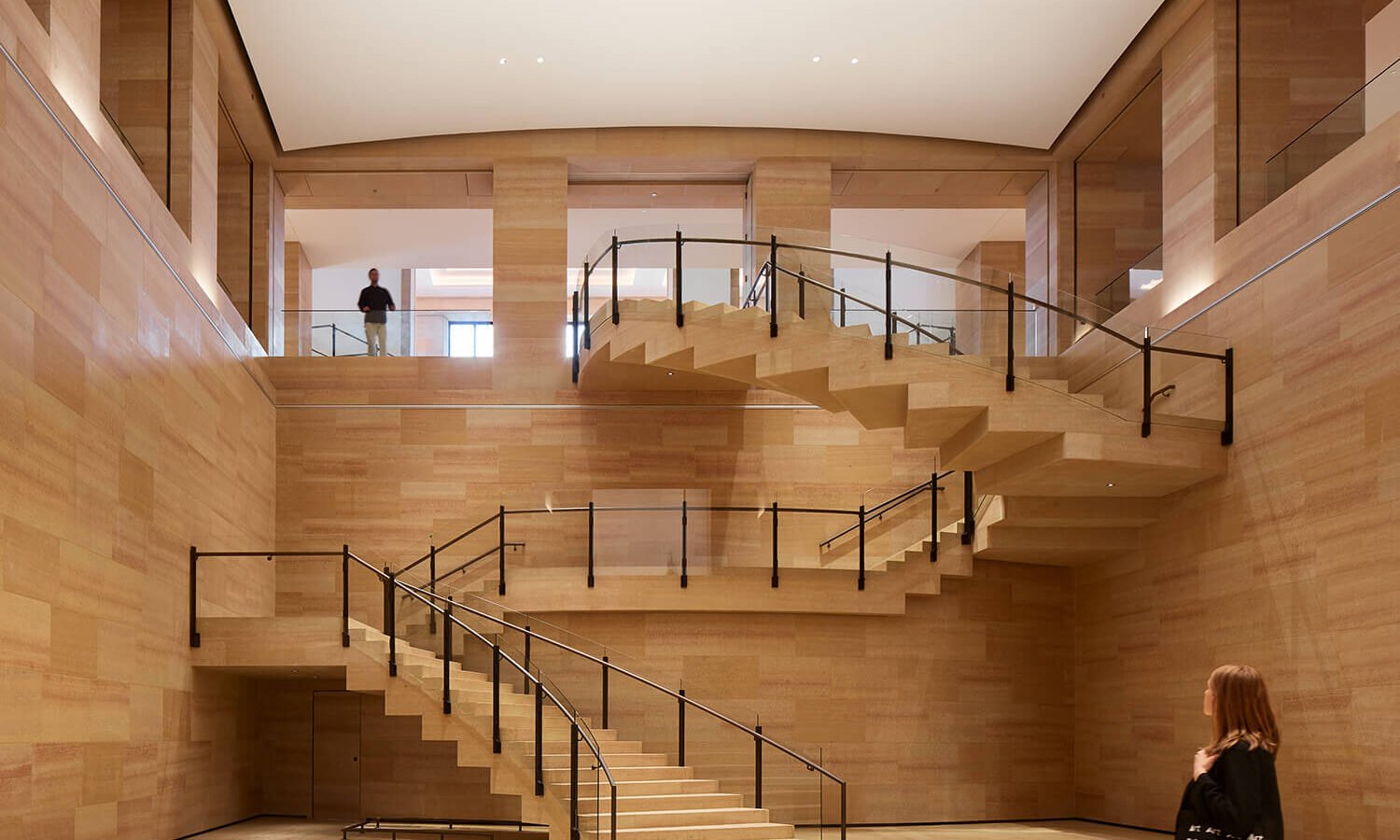 The renowned architect approaches the century-old complex with a restrained expression.

Frank Gehry is not known to abide by the mantra “form follows function.” The Los Angeles-based architect’s oeuvre, which includes iconic landmarks such as the Guggenheim Museum in Bilbao, the Art Gallery of Ontario in Toronto and the Fondation Louis Vuitton in Paris, is characterized by curvaceous, sculptural — and at times controversial — forms. In a major renovation and expansion for the Philadelphia Museum of Art (some 8,360 square metres), the Pritzker Prize winner has reinvigorated the cultural heart of the Pennsylvanian capital while largely straying from expectations of his work.

Similar to his eponymous studio Gehry Partners‘ design of the AGO in Toronto, which features a sinuous showpiece staircase, a new stairwell draws the eye towards the building’s central axis. The same Kasota limestone used in the original 1928 construction by Horace Trumbauer and Julian Abele adorns the space, sourced from the exact quarry that provided it almost a century ago.

Lenfest Hall, the museum’s main entrance, has been upgraded with LED fixtures to create a warm and welcoming atmosphere. To round out the interior, Gehry designed several custom admissions desks for the entrance. Made of Douglas fir and trimmed in bronze, the materials echo elegant panache throughout the complex.

On the street level, a vaulted walkway recently made available to visitors showcases restored Guastavino tile-work above—while the floor deftly camouflages the vast array of steam pipes, electrical conduits and water lines that will ensure the building’s high-tech functioning for decades to come.

Accessibility was also a key consideration in the remastered plan as space was made for large, universal public washrooms by removing the small, outdated vestibules at the museum’s entrances. And though the building’s exterior was left mostly untouched, an ADA-certified graded ramp and improved signage and lighting allow for an elevated way-finding experience for a variety of visitors.

Thorough as it may seem, the renovation isn’t over yet. A second phase is in the works that includes, amongst other developments, the construction of a new auditorium building, underground art galleries and a sunken garden, as well as a repurposing of the museum’s attic.

This respectful restoration of a pre-existing building demonstrates Gehry’s range, even at 92. And though he may be more known for his expressive new builds, his new subtle additions to the Philadelphia Museum of Art shows formidable restraint and reverence. It’s a marked shift toward honouring existing structures that seems to be here to stay.

The renowned architect approaches the century-old complex with a restrained expression.