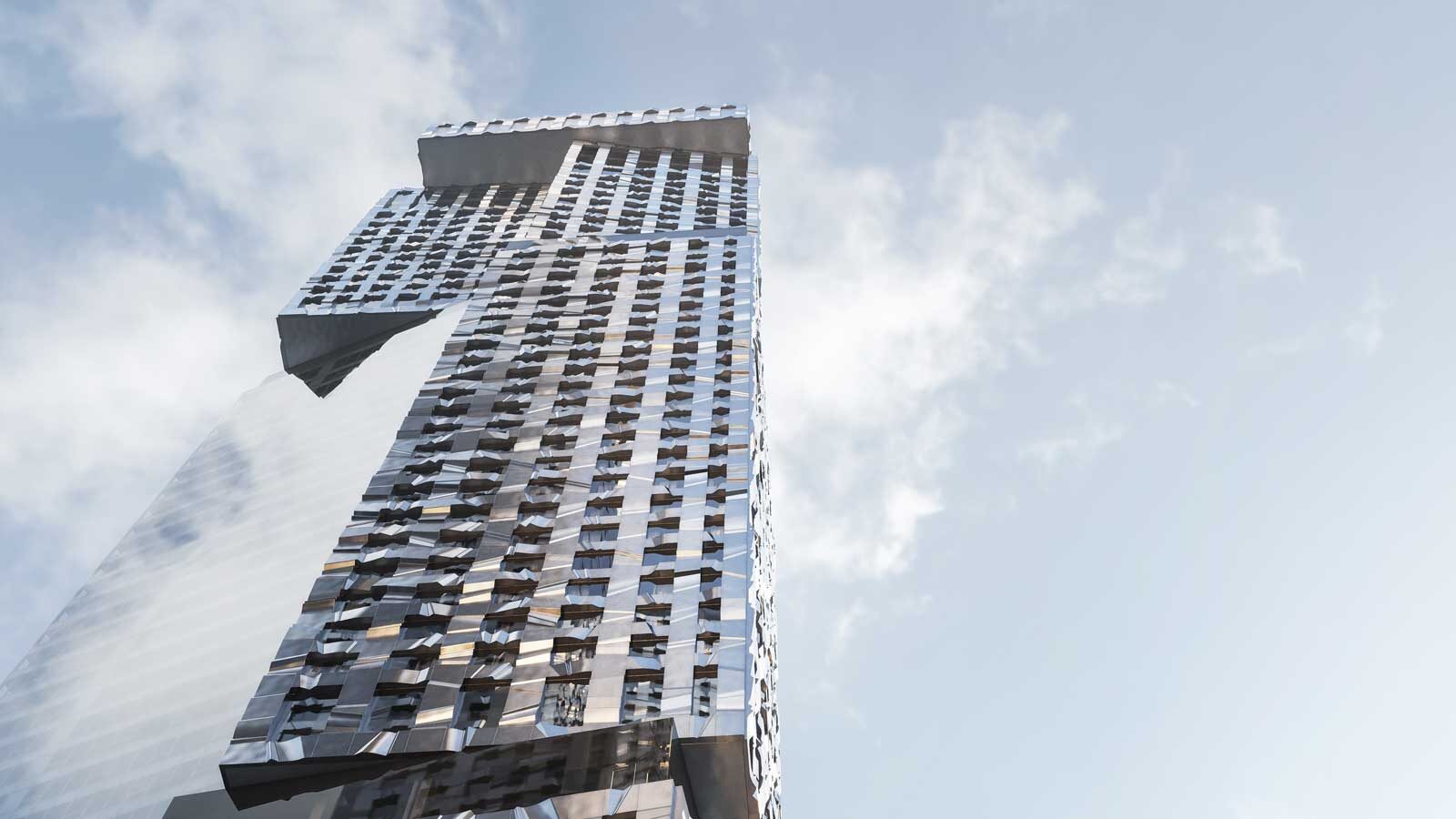 After a decade in the works, the famed architect’s twin towers will tip the scales in his home city.

For years Toronto has been waiting for something special, something monumental to add to its skyline. Tower after tower goes up, but how many of them have really impacted our collective consciousness? Frank Gehry’s Forma is poised to be the tipping point. 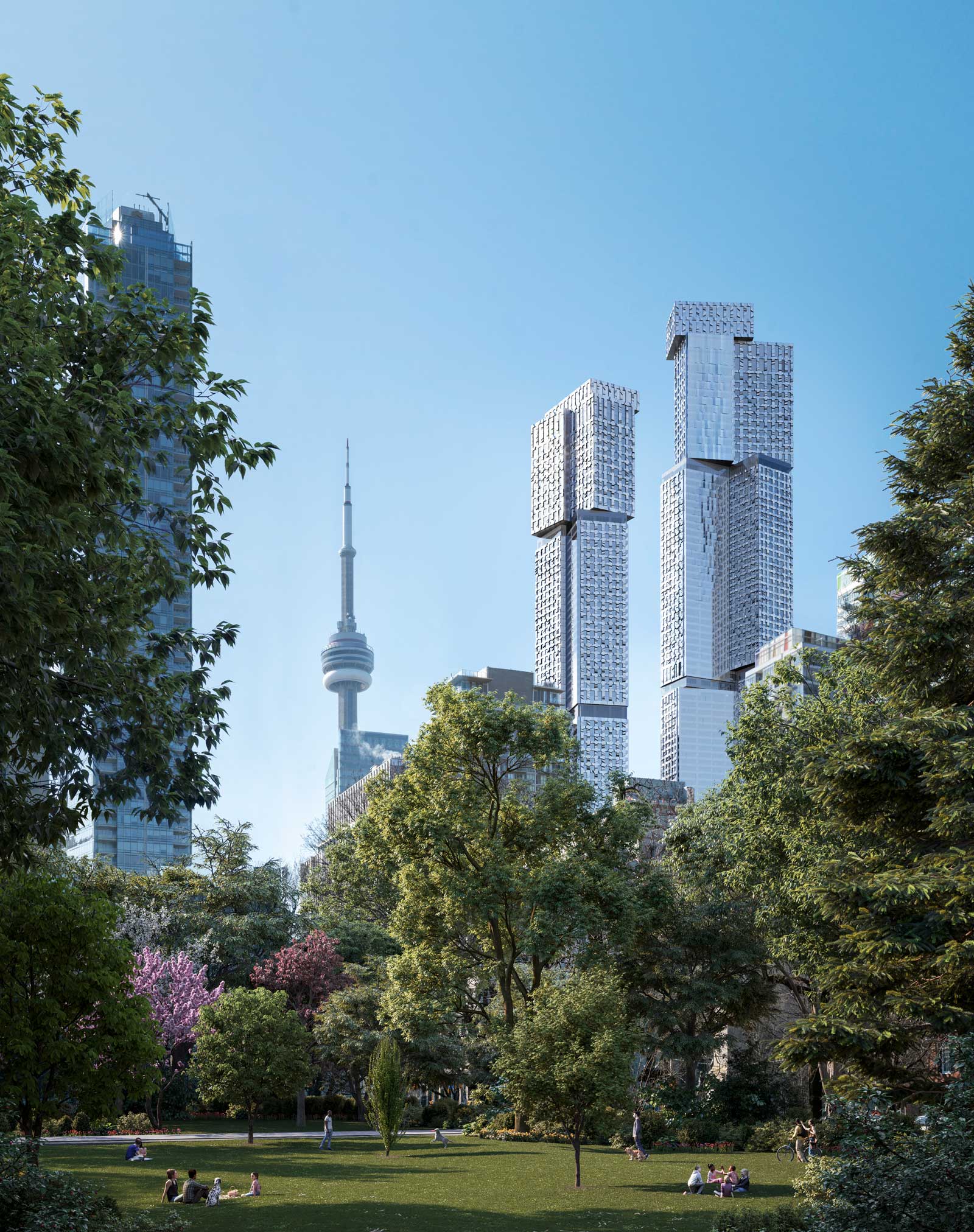 “All of the massing was geared toward improving the views from the units… not to have a view of the butt end of the west tower or other dog legs of the tower,” says design partner David Nam.

It’s been 12 years since the twin towers were first announced. The gleaming, stainless-steel-clad residential buildings will be Gehry’s tallest yet at 73 and 84 storeys, altering the skyline forever. “It’s a homecoming,” he tells me when we spoke last week. “I didn’t plan a homecoming this big. I would have built more modest,” he says with a smile. The project is getting off the ground now with the first tower scheduled for completion in 2028. “I just bought an apartment today. I’m not sure I’ll be here to see it,” says the 93-year-old architect. The Pritzker-award-winner’s career needs little to no introduction with acclaimed and city-altering buildings around the world, including the Guggenheim Museum in Bilbao and the Walt Disney Concert Hall in Los Angeles. Closer to home, his curvaceous addition to the Art Gallery of Ontario back in 2008 was a welcome change to the city’s Dundas Street institution just steps from Gehry’s childhood home. 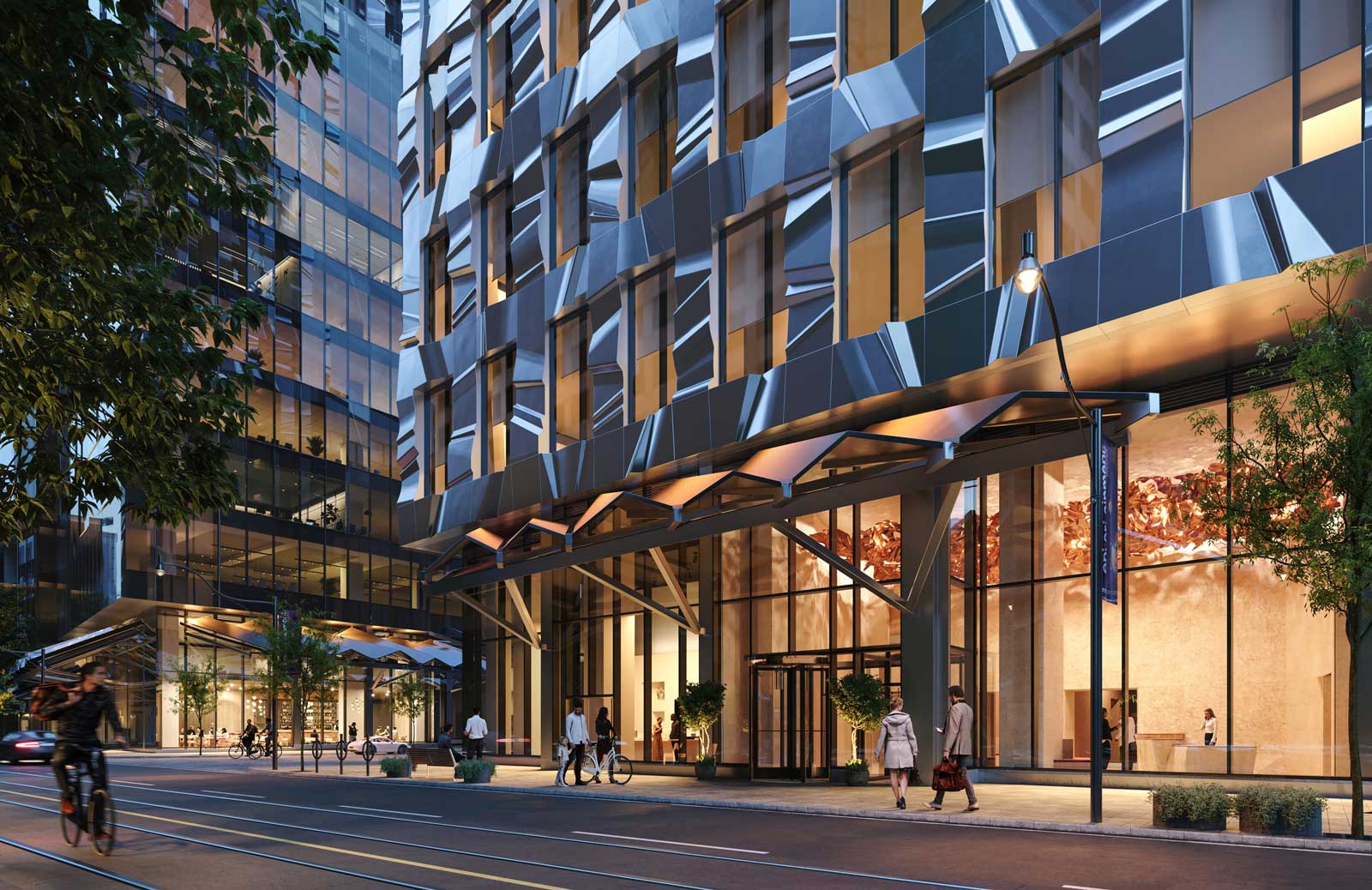 The stainless-steel façade has an embossed linen pattern, which beautifully renders the light, picking up the colour and reflections of its surroundings.

Though Gehry left Toronto at the age of 18, it seems that much of his heart is still here. When he talks about the city, it’s with a wistful eye. It’s a changed place with cranes visible at every turn, so it’s no wonder he found the rapid growth of the waterfront skyline “scary” when he drove in from the airport last Thursday, he tells me, raising his hands up with an “ahh,” adding, “I guess they’ll figure it out.” He can only mean the seemingly endless glass-clad condo towers that don’t seem to connect visually or physically. “I was shocked going along into the city, but then again, City Hall was a shock at one point,” he says referring to architect Viljo Revell’s 1965 now widely beloved curved buildings. 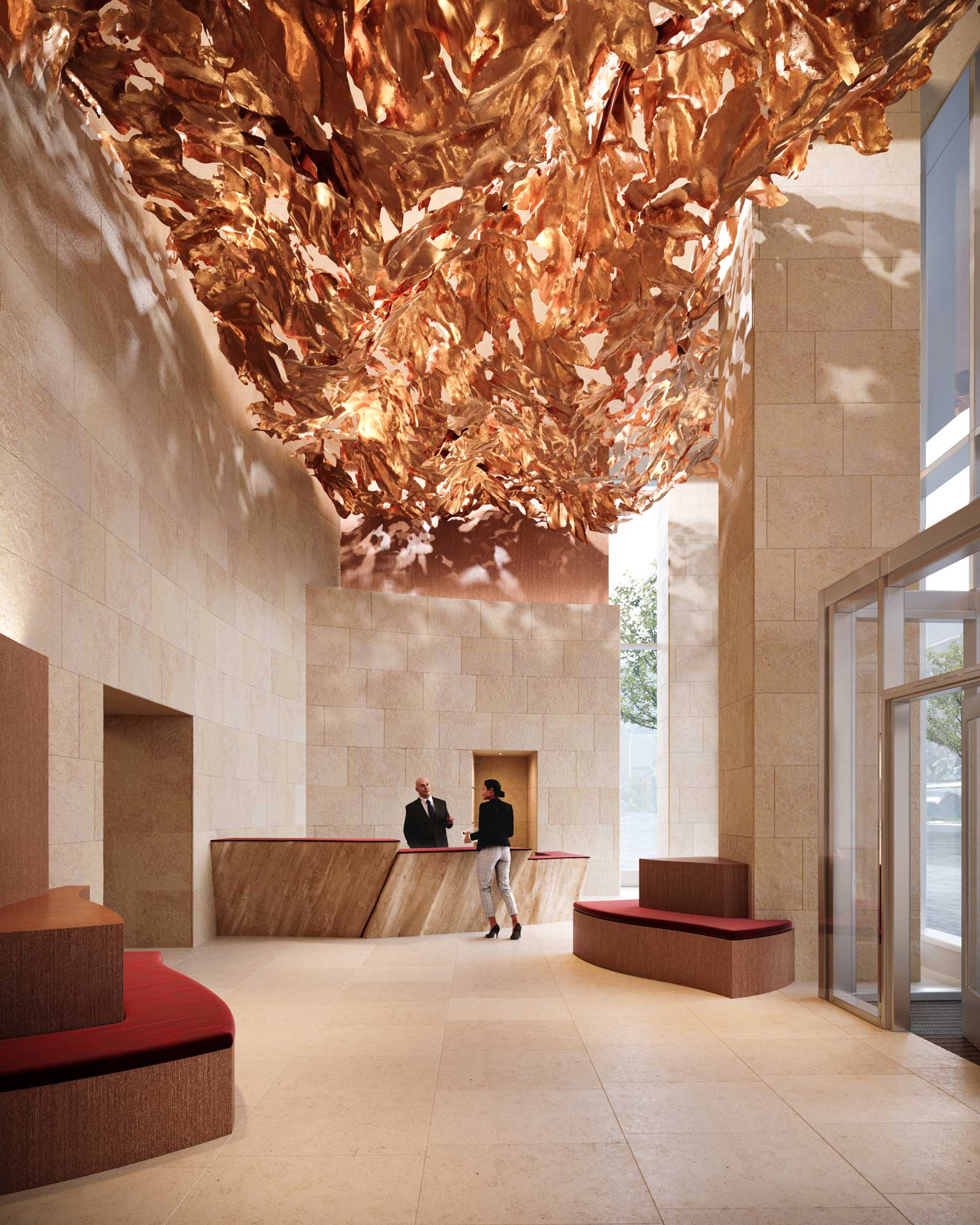 Besides Gehry’s unique and often avant-garde forms, the key to his success comes from the conversations he initiates between buildings. It’s certainly what gives his twin towers a feeling that others lack — presence and emotion.  For Forma, which will go up on King Street West at Ed Mirvish Way, the project is designed to elicit a feeling. Gehry hopes people look at it with a source of pride.

Though spectacular in appearance, Gehry didn’t want Forma to be the only star of the show. “You see this in New York when you go to look at the new towers. They don’t pay any attention to the next guy. The lone ranger,” he says. “I was trying to be a good neighbour.” But making considerations for the towers nearby had its own challenges. “They kept coming at me,” he says. Forma’s stainless-steel curtain wall has a stop-you-in-your-tracks dynamic that reflects the light at specific angles, both up and down. “I wanted to create texture on the building. It’s not bland and it has humanity,” says Gehry. “The City was very supportive of the façade,” says design partner David Nam. “It gives us 22 per cent better energy performance than the City requires and has an embossed pattern that helps with glare mitigation.” 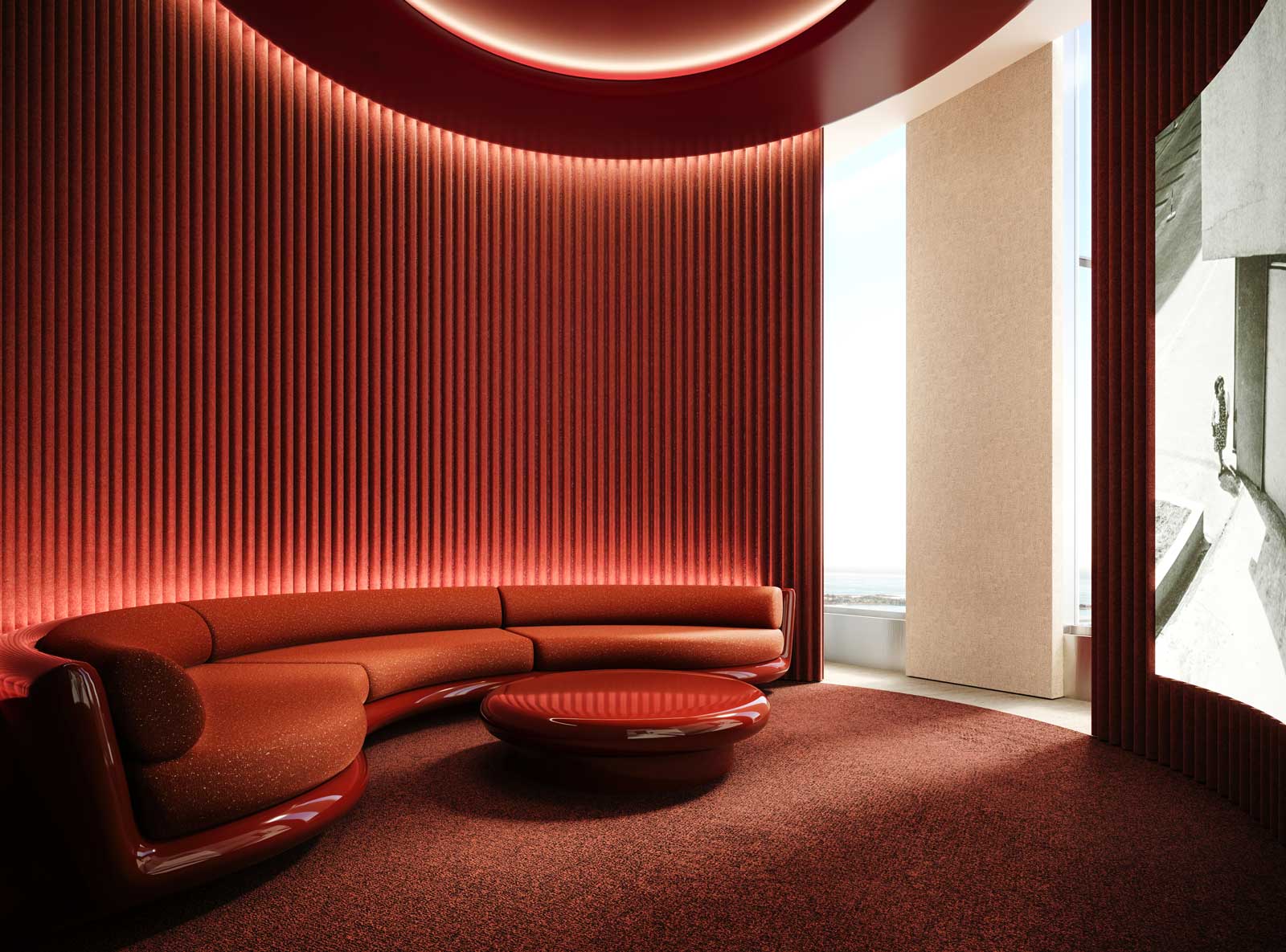 The firm worked closely with the City to land on the final design. “You see it more in the west tower; you see a step. It was always imagined that it would relate to the adjacent buildings in terms of height and massing and not just be a tall building sitting on its own, but it would gradually relate to the buildings that surround it, he says.

Each tower has three blocks that are twisted to alter views and add a liveliness to the façade. “If the blocks were parallel, you would be looking into each other’s windows. It’s an ensemble over time, which is interesting,” says Gehry. “Take Rockefeller Centre. It’s several buildings and they have a relationship between one another, which creates a place in the sky as well.” The space between the towers is just as important,” adds Nam. “This was a big deal throughout the planning process. Every vantage point changes the towers’ appearance. Sometimes it’s one tower and sometimes you see them both. Most people will see it from the north, so [this way] it’s not a monolith,” says Nam. 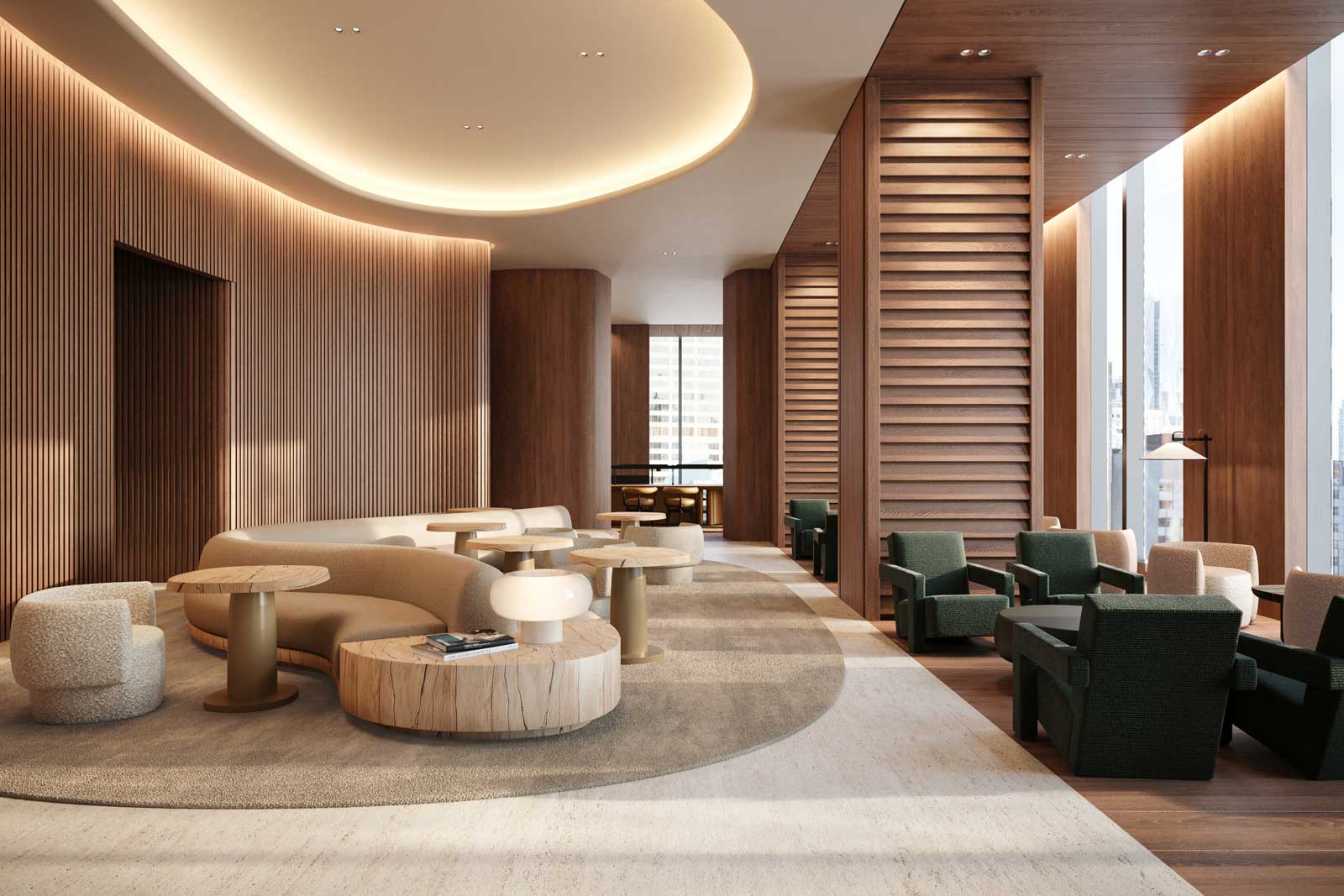 Gehry’s team set the unit layouts and designer Paolo Ferrari will do the interiors. Gehry’s team insisted that it be warm with lots of wood and Ferrari has followed through using his own lensing and design sensibility.

It’s the ultimate sculpture carved out of steel and glass. In addition to intensive computational models, several physical maquettes were made over the years at various scales to get the proportions just right, experience the materials first-hand, and play with the light. Eventually, the firm built a life-size 1:1 scale window bay just outside of their Los Angeles office. “We were given 10 inches of façade depth to introduce movement,” says Nam. “The math became so important as it was a far more restricted zone of play but would be more impactful than the one [we did] in New York in terms of shimmer and visual effect on the skyline.” 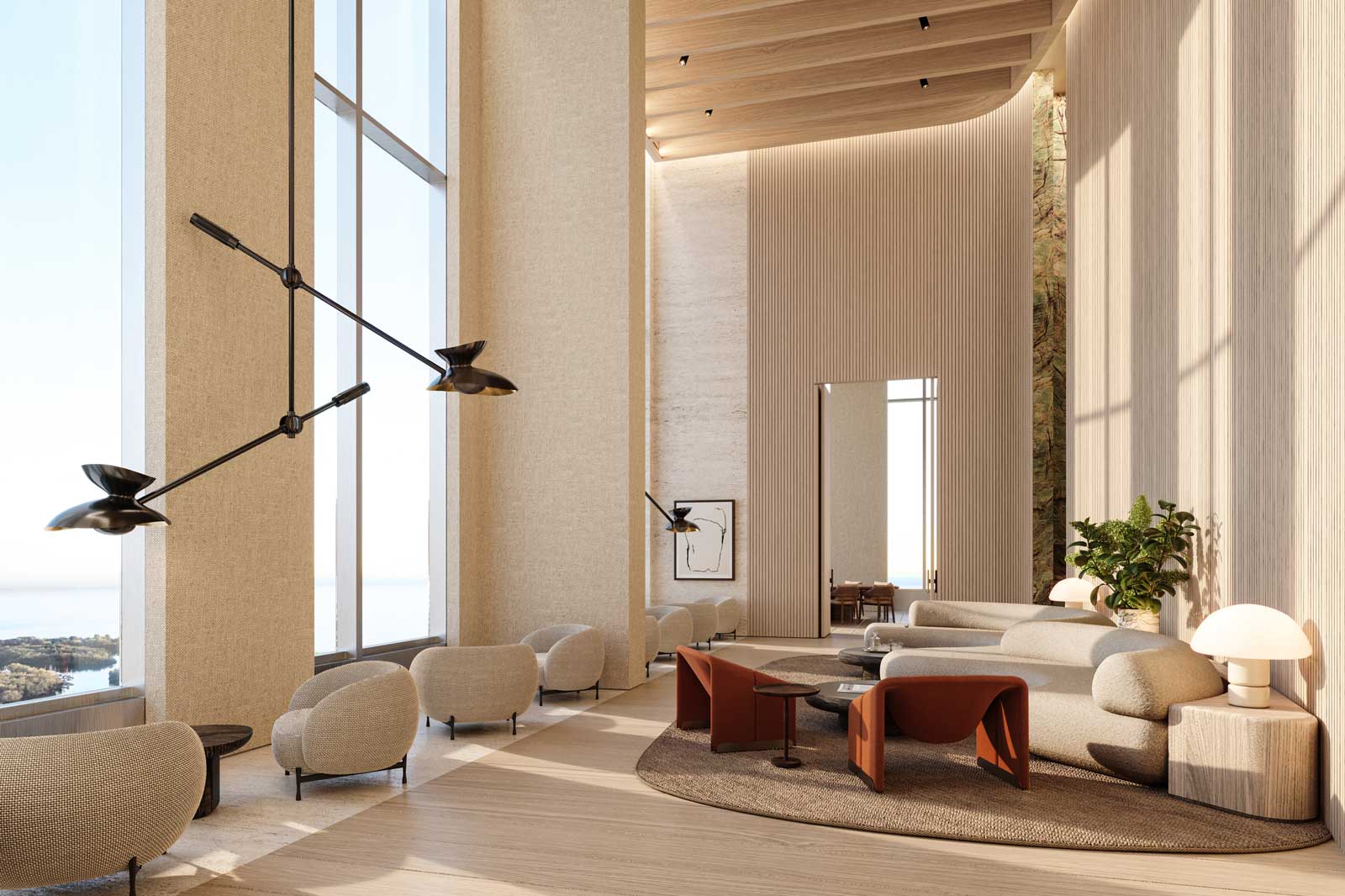 The outdoor spaces reinforce Gehry’s keen interest in cultural projects and the idea of the space between the buildings becoming a place, a destination in and of itself. “We have indicated Mirvish Way as a continuous space and have talked to the City about closing it off for festivals. We want to tie it into the John Street cultural corridor. The sidewalks enforce this idea of a place,” says Nam. 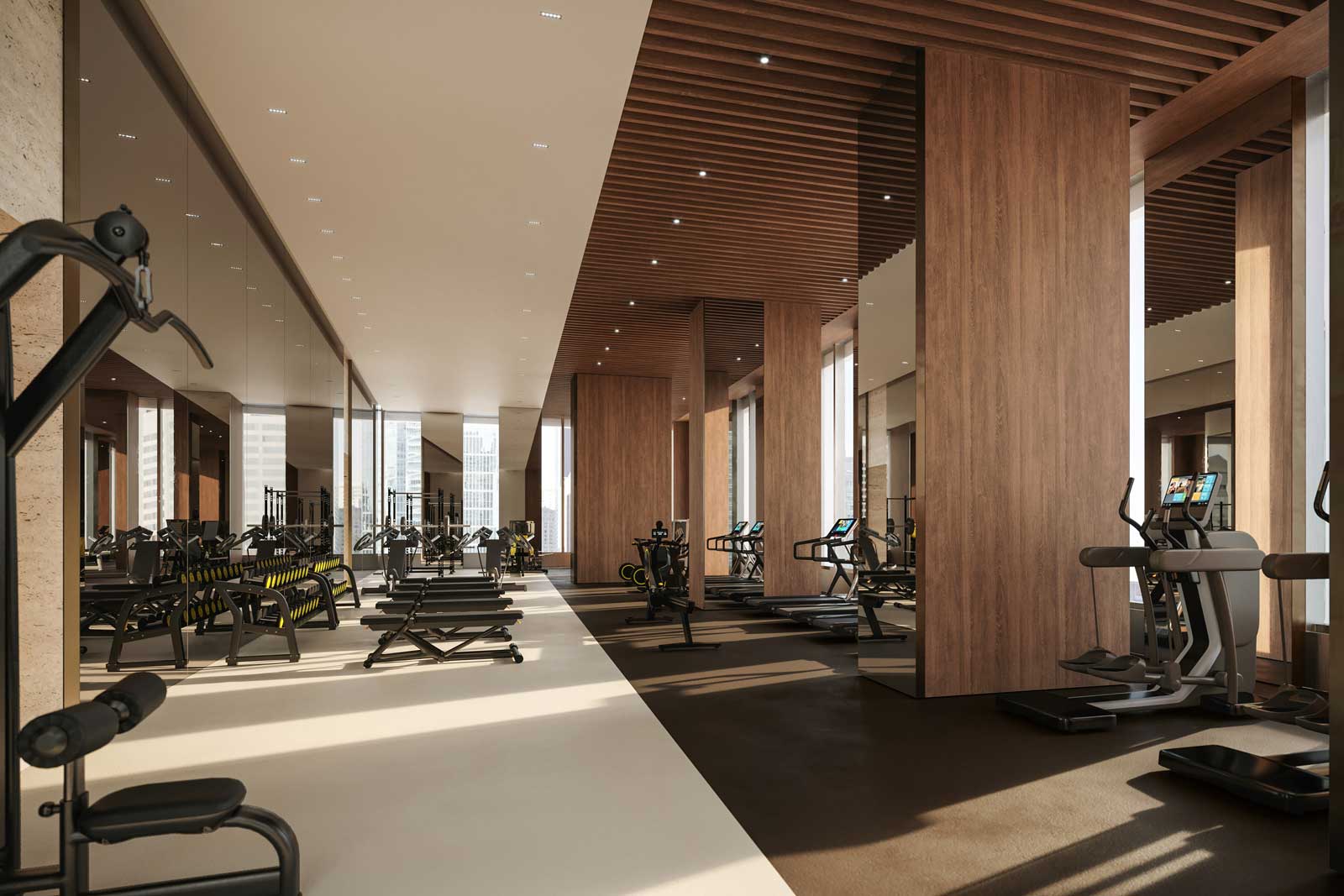 Inside, the wow factor will continue with warm and welcoming interiors by Toronto designer Paolo Ferrari and Gehry’s large Group of Seven-inspired ceiling sculpture animating the foyer — a copper assemblage of stylized maple leaves undulating like water. The towers will house 2034 residential units, a hotel, commercial and retail spaces and a new locale for the Ontario College of Art and Design. The first tower (the east one) is set to be completed in 2028. To have a skyline painted with Gehry’s touch is worth the wait. His comments to me on the project are noticeably succinct and sincere. He seems moved by the prospect of its legacy. “I hope it’s enjoyable. If it turns out bad, you can kick me.”

After a decade in the works, the famed architect’s twin towers will tip the scales in his home city.