Frank Gehry’s new vision takes over a Toronto theatre
Unveiled on September 29, the ambitious proposal calls for three 80-storey condominiums on the site of the Princess of Wales theatre, owned by impresario David Mirvish. 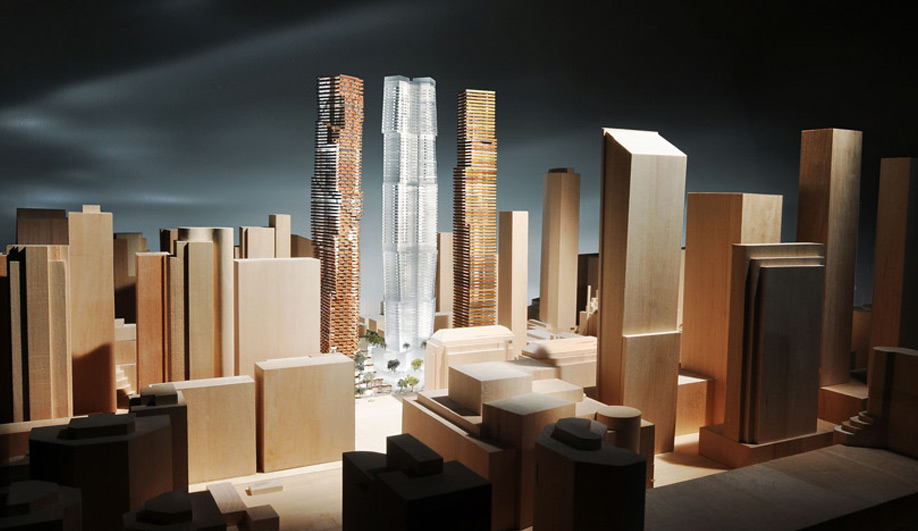 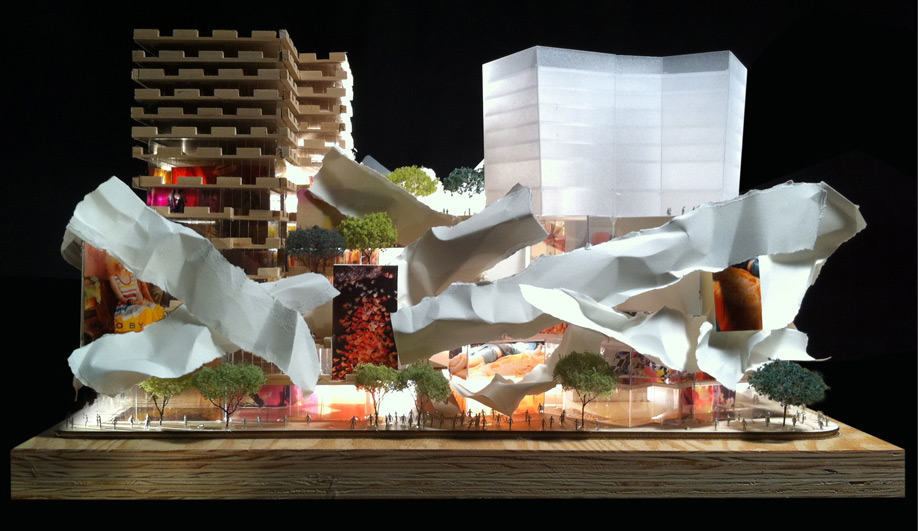 In a city with a skyline marred by glass condo towers and the cranes erecting them piece by piece, the immediate reaction to the news that three more towers are planned for the downtown core has been predictably critical. A push has already begun in response to the project’s massive size and whether it will overwhelm the streetscape that is predominately defined by mid-rise businesses.

While still pending approval from city planners, the Mirvish/Gehry complex will see a strip of King Street West razed for the multi-level towers. This includes the demolition of the 20-year-old Princess of Wales theatre and a host of other Mirvish-owned businesses. The entire project is expected to be built in three phases over the next 10 years.

Programming for the mixed-used skyscrapers includes high-end retail shops, facilities for the Ontario College of Art and Design University and a gallery for Mirvish’s private art collection. The project tops the list of Gehry’s largest commissions to date. (He is also working on the Louis Vuitton Foundation museum in Paris and recently teamed up with Facebook co-founder Mark Zuckerberg to design the company’s new headquarters in San Francisco).

It also marks the Los Angeles architect’s second foray into skyscraper building. In 2011, he finished 8 Spruce Street, an $875-million residential tower in Manhattan featuring a shimmery stainless-steel skin that ripples like waves. The rental-only tower, which also incorporates a public school, offers spectacular views of the Brooklyn Bridge.

Early renderings and models suggest the trio of Toronto towers will feature similar building envelopes. Perched on two six-storey stepped podiums, stacked modules twist and turn on each other to create the swoops and swirls that are trademark Gehry.

What’s more, the podiums feature swaths of what can only be interpreted as his signature titantium sheets – made famous by the Guggenheim Bilbao and Walt Disney Concert Hall. “We’ve been looking at what’s been happening in Toronto with the towers and how none of them seem to have anything to do with the city,” said Gehry to the Globe and Mail.

Despite being born in Toronto (he headed for L.A. in 1947) this will only be his second project in the city. In 2008, he completed a massive renovation of the Art Gallery of Ontario.

SHARE
Twitter, Facebook, LinkedIn, Pinterest, Email
TAGS
Urbanism,
AZURE is an independent magazine working to bring you the best in design, architecture and interiors. We rely on advertising revenue to support the creative content on our site. Please consider whitelisting our site in your settings, or pausing your adblocker while stopping by.