Freitag gets its own show
The 20-year-old Swiss bag and accessory manufacturer, iconic for its use of upcycled materials, is the focus of an exhibit at Zurich's Museum of Design. 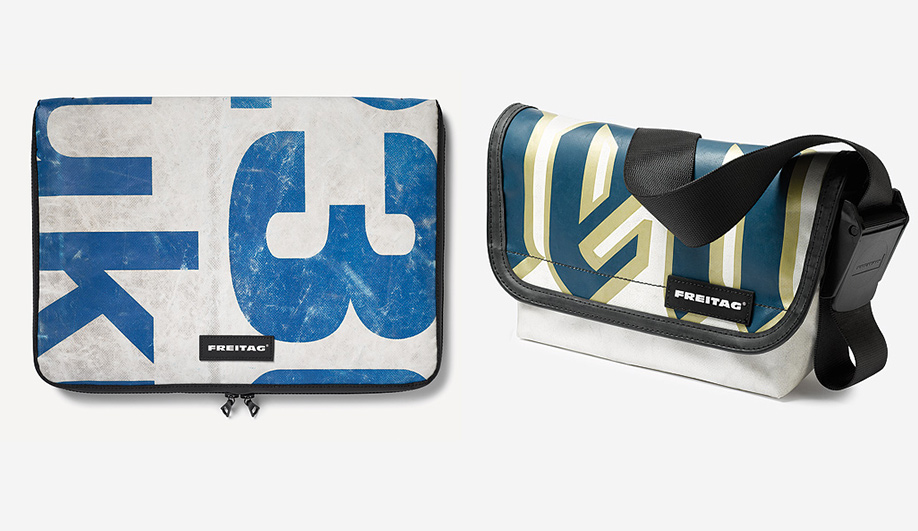 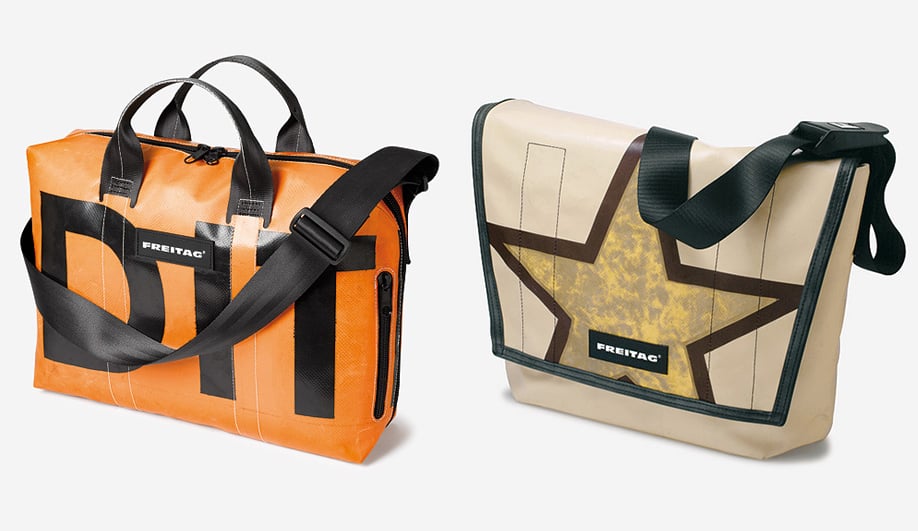 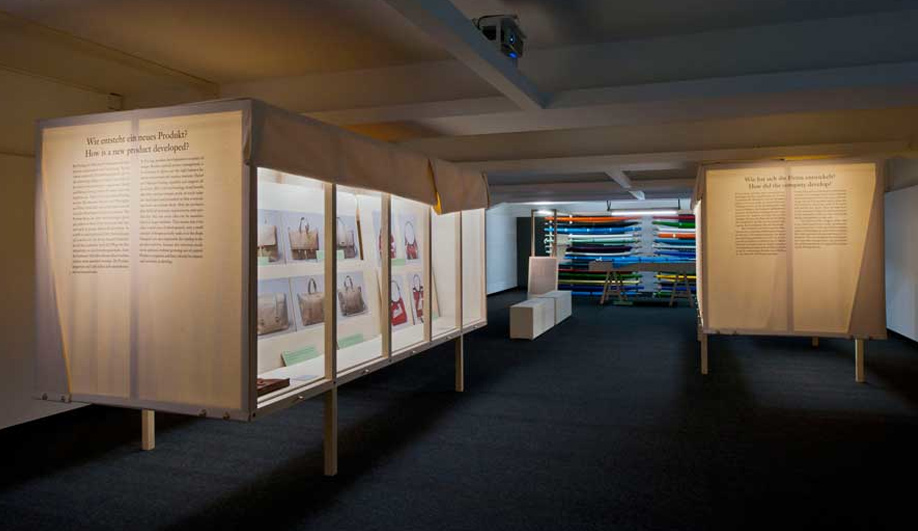 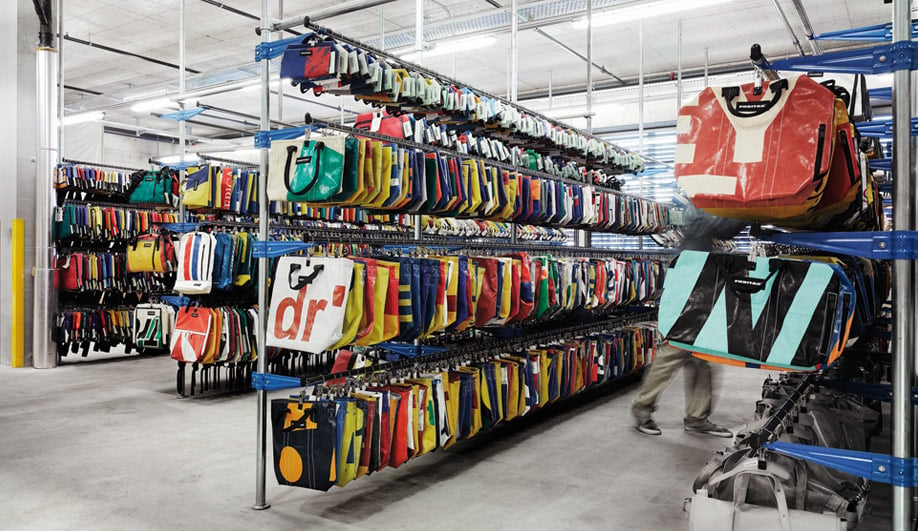 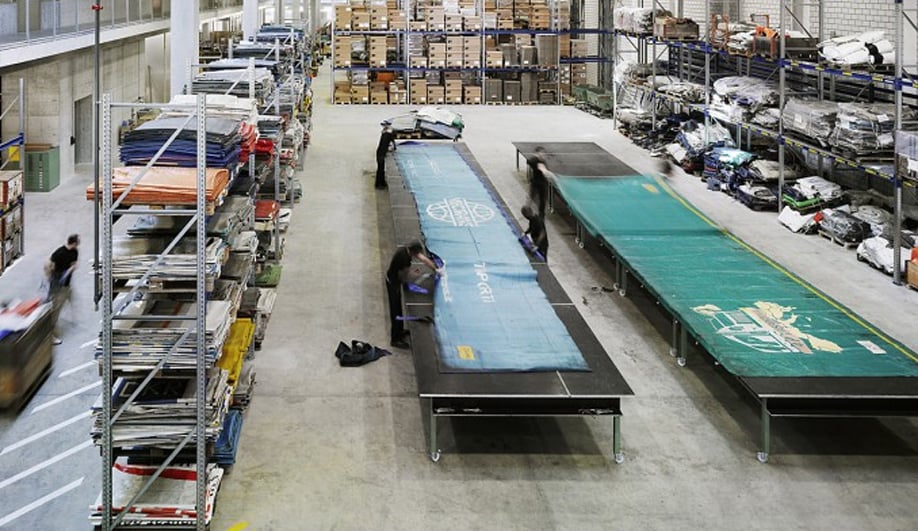 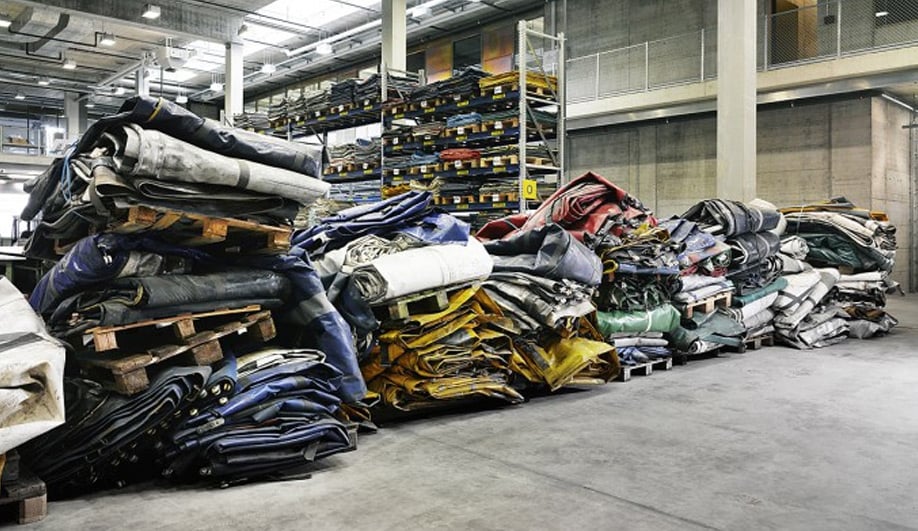 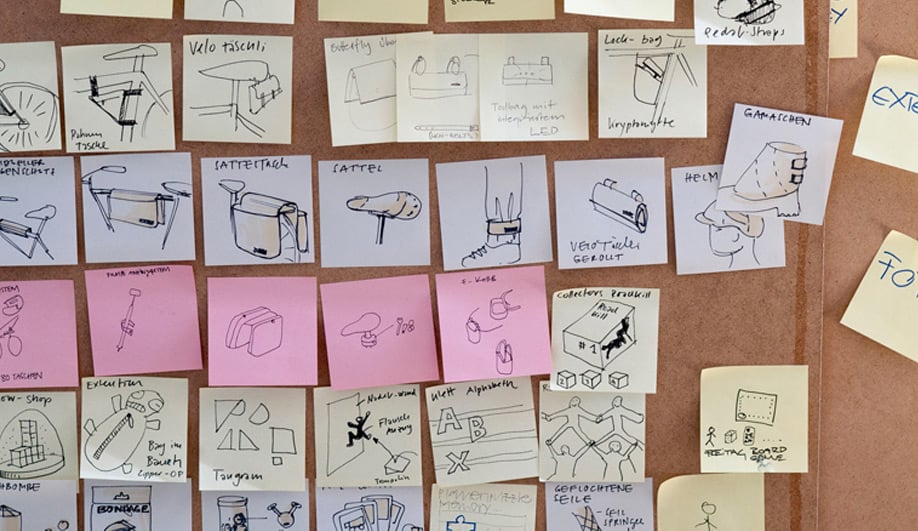 Freitag is truly a designer success story. Almost 20 years ago, brothers Markus and Daniel Freitag were in need of waterproof bicycle-friendly bags and decided to fashion their own from discarded truck tarpaulins.

So began one of the earliest and best-recognized stories of design upcycling, which continues to this day, as the company’s palette still draws from hordes of used tarpaulins. Every item produced is unique, often showing the partial lettering of whatever was printed on the original material. In fact, Freitag now reuses about 390 tonnes of tarpaulins and thousands of bicycle inner tubes and seat belts each year for its dozens of designs totalling 300,000 bags a year. All the while, manufacturing has stayed inside the greater Zurich area.

And while the city may have a certain association with luxury, Freitag’s production process has stayed remarkably crunchy, albeit with a decidedly Swiss efficiency. In addition to using reclaimed materials, the company employs rainwater for washing, and recycles both the water and the heat used to warm it. Roughly half of the energy for heating is supplied by waste heat from nearby power stations. What’s more, the brand’s Zurich flagship is a brilliant example of recycling; comprising 17 stacked shipping containers, it carries the company’s sustainable ethos all the way into retail experience.

The Museum of Design’s exhibit, appropriately named Freitag: Out of the Bag, displays prototypes and material experiments, unpublished collections, hang tags and labels alongside photos and films that trace the company’s beginnings. All the items are arranged in cases evocative of the trucks that supply the tarpaulins so central to the product line.

A lineup of programming complements the exhibit; it includes guided tours, demonstrations, talks, and a panel discussion scheduled for June 29th, which will feature Mayor Corine Mauch and co-founder Markus Freitag.

Freitag: Out of the Bag runs until July 29 at the Museum of Design, Ausstellungsstrasse 60, Postfach, CH-8031, Zürich.