A Primary School Brings Biodiversity to Paris
A lush slice of landscape interrupts the urban sprawl of Paris, thanks to Chartier Dalix Architectes' green-wrapped primary school and community gymnasium. 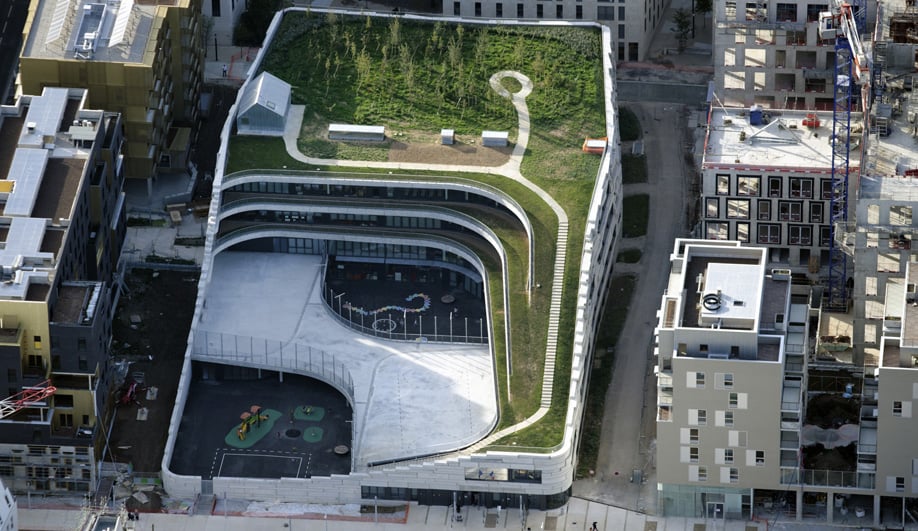 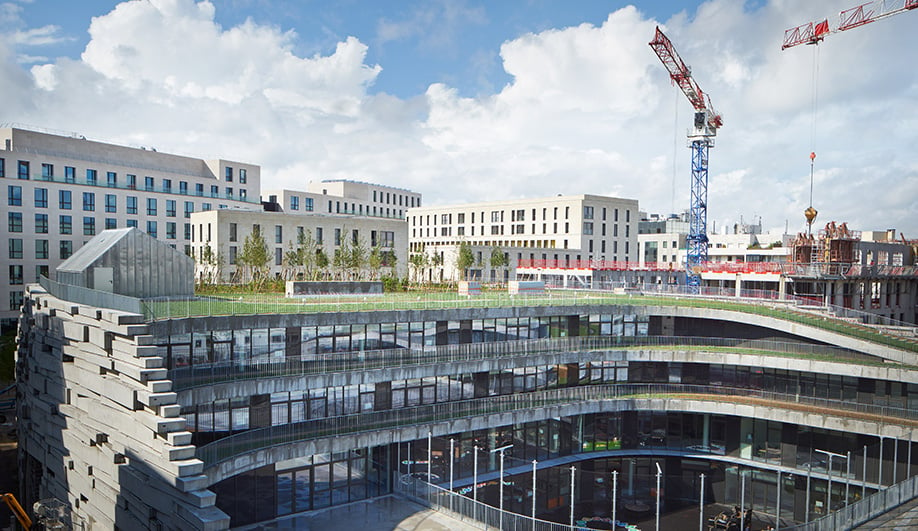 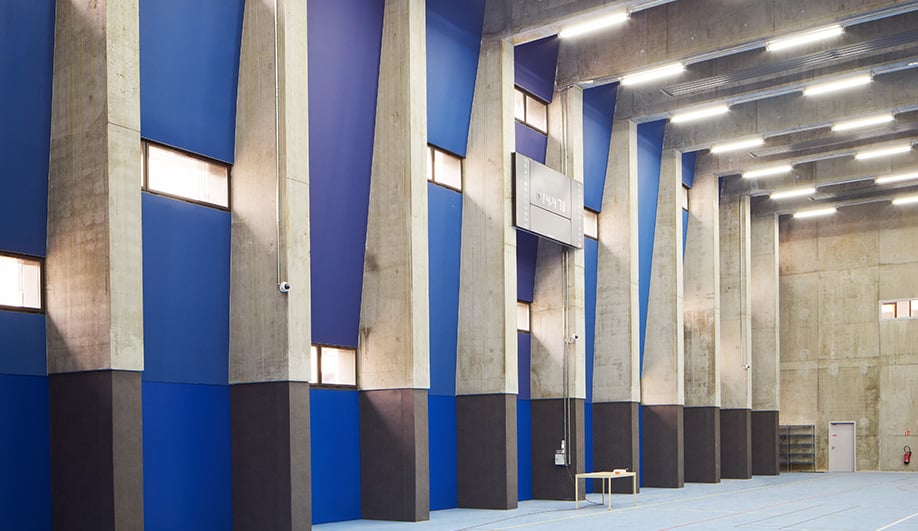 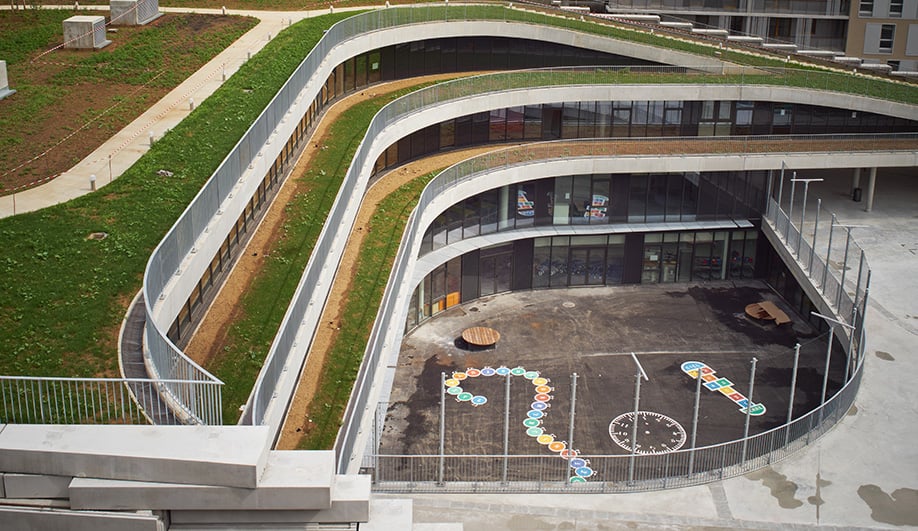 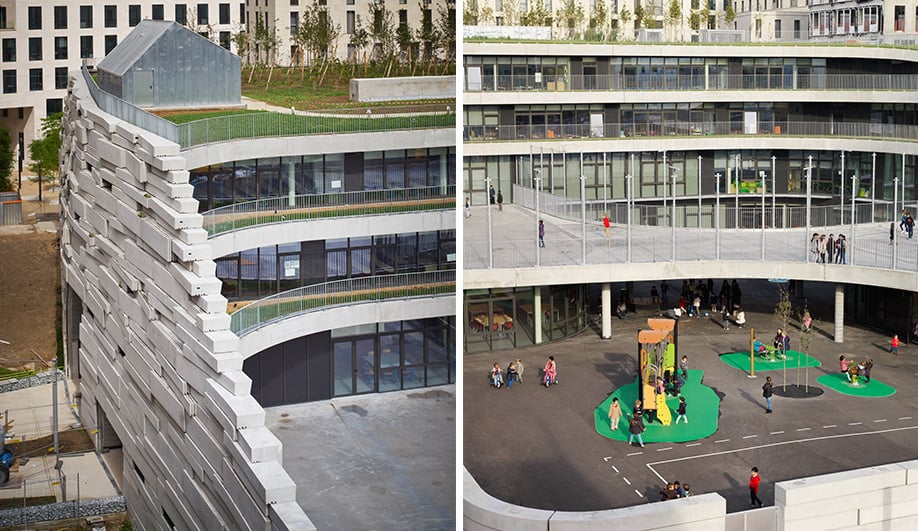 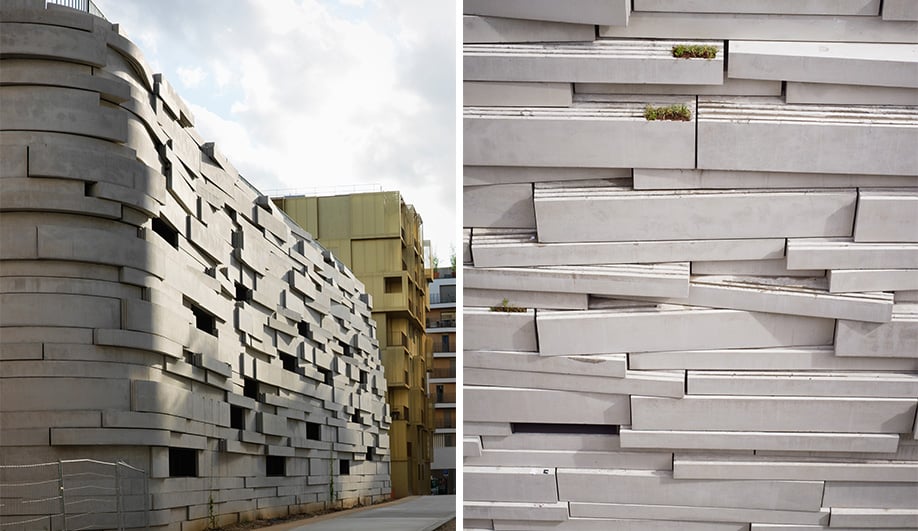 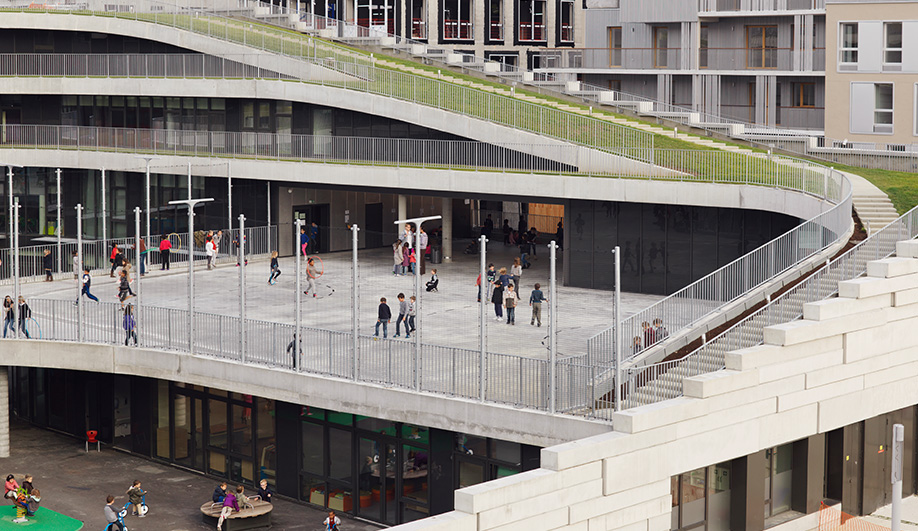 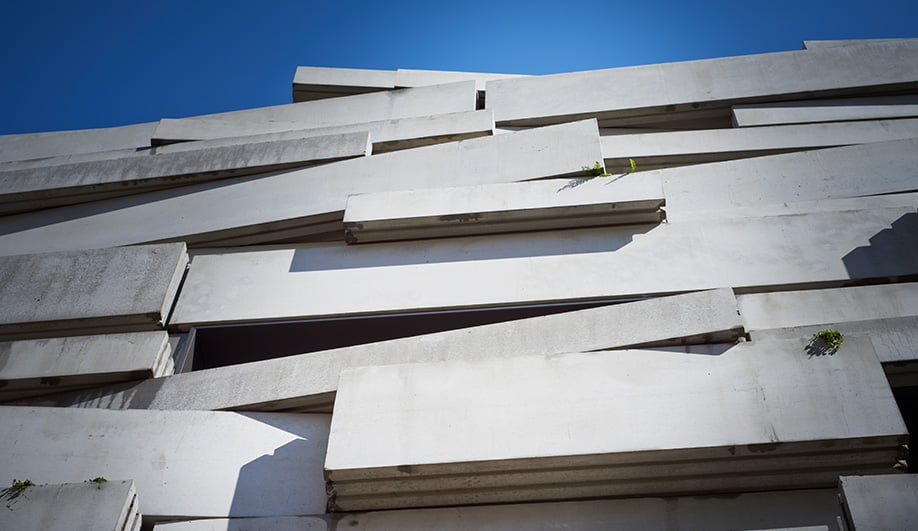 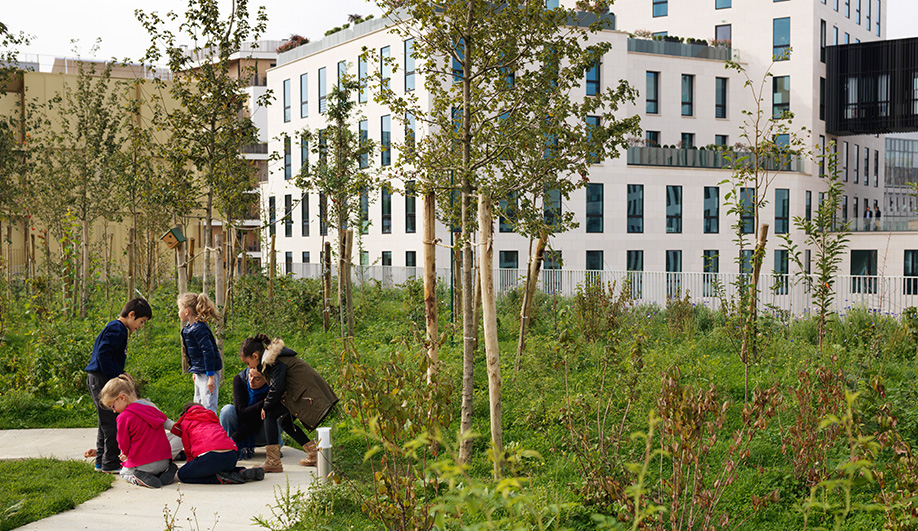 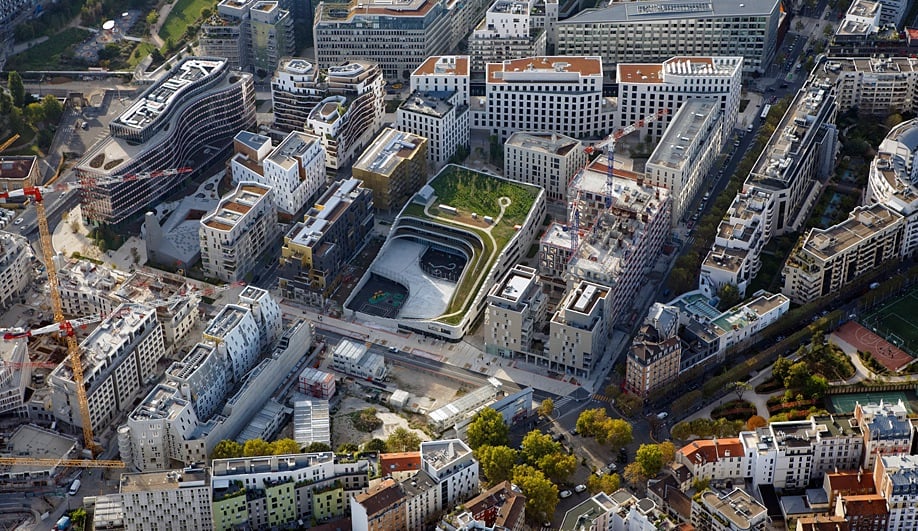 Located just a few kilometres from Paris’s city centre, Boulogne-Billancourt is one of Europe’s most densely populated municipalities and a decidedly urban locale. Yet in the middle of this concrete jungle, Chartier Dalix Architectes has managed to plant a new primary school within a blossoming natural landscape. The lot was formerly part of the Renault auto factories, which once occupied a massive stretch along the right bank of the Seine. In the 10 years since the industrial buildings were demolished, the area has seen a rapid redevelopment and the need for schools and neighbourhood amenities has grown correspondingly.

Chartier Dalix’s building combines educational and community spaces, with the lower volumes housing 18 classrooms while a third level includes a public gymnasium for students and local residents. The terraced structure is topped with an impressive green roof: a prairie of low-laying plants, a fringe of shrubs, and an island of trees planted in a metre-thick soil bed.

Below the roof, the leafy stepped levels jut out to extend the green roof, walking it down to street level. As these levels drop, so to do the walls which wrap the building. Constructed of prefabricated concrete blocks, the outer surfaces are flecked with indentations, some of which act as planters for ferns or mosses while others are fitted out with nesting boxes to provide inviting habitats for birds and bats, as well as insects. From flora to fauna, an entire evolving ecosystem exists within this structure, returning biodiversity to an area that had long ago seen nature paved over for the sake of progress.

The “living shell” as the architects have dubbed the walls, dips to street level at the building’s front to reveal the greenery of the roof and balconies to the surrounding neighbourhood. Offering not only the health benefits of a fitness centre and green space to the community, this project also presents unique opportunities for exploration and discovery to students who might otherwise have little access to this kind of natural environment.