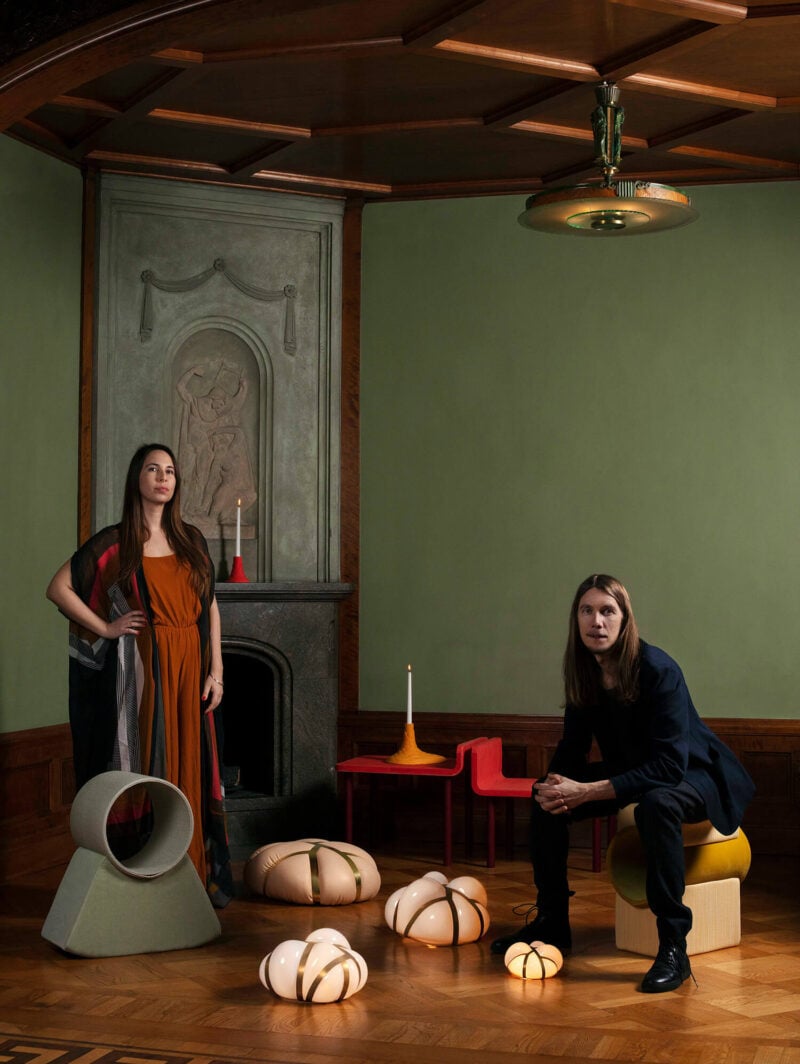 Exploring the Baker’s House, Färg & Blanche’s exhibition of lighting and furniture inspired by one partner’s ancestral home in Sweden

Stockholm design duo Emma Marga Blanche and Fredrik Färg are known for their uniquely tailored objects – surprising explorations of form and material – which they describe as “heavily story-based.” As part of Stockholm Design Week in February, Färg & Blanche pushed its personal narrative further with The Baker’s House, an exhibition introducing a dozen limited editions – ranging from side tables to candle holders – within the setting of a stately 19th-century townhouse. Currently hosting a philanthropic foundation and event spaces, the residence was built by Blanche’s great-great-grandfather, who ran a renowned bakery out of the lower level.

By My Side tables evoke family relationships.

Blanche’s childhood memories of visiting the house, which is still owned by the family, informed each piece in the show. For instance, the Key stools, upholstered in a colourful mix of Kvadrat textiles, borrow inspiration from the keyholes Blanche spied through as a kid, while the upturned lip of the By My Side tables was inspired by family connections. “Depending on how they’re arranged, they almost talk to each other,” says Färg. The name, he adds, came from the idea of having someone by your side, helping you in some way. 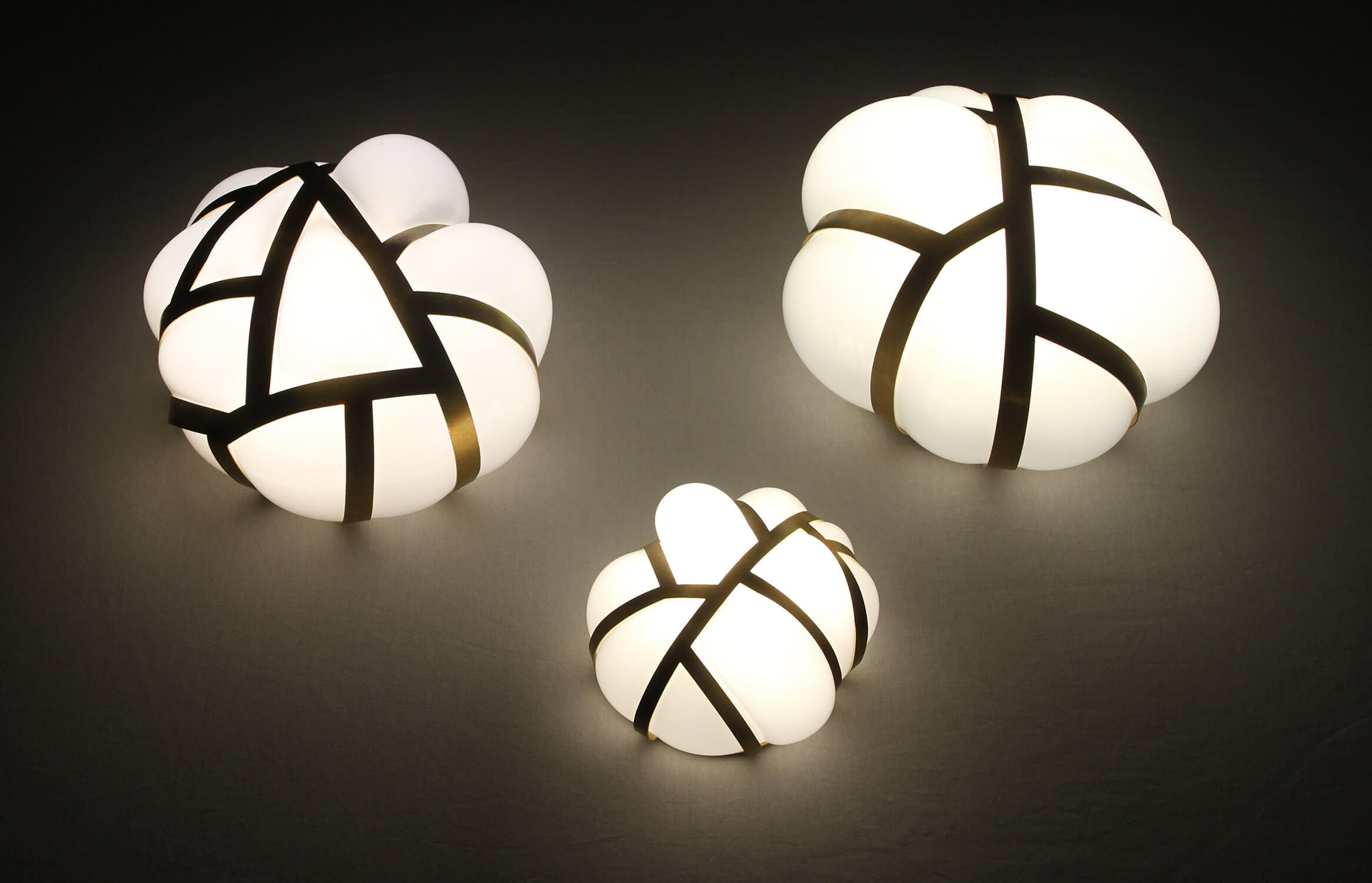 The Heart lamps are inspired by rising bread.

Rather than reading as caricatures, the handmade Baker’s House pieces are beautiful objects that only hint at their provenance. The Heart lamps, whose strips of brass appear to restrain an amorphous glass shade, may evoke rising dough, but it’s also an elegant work of art that riffs off the studio’s existing Succession series.

While none of the designs are currently destined for production, the project has sparked collaborations: Bernhardt Design is launching a new textile influenced by The Baker’s House at ICFF in New York this spring. The exhibition has also furthered another goal: the freedom to experiment without a manufacturer in mind. “It’s a purer way for us to work,” says Färg. “We both spend a lot of time exploring; it’s a way for us to stay curious.”

“We like to begin our process in a free way,” adds Blanche, “without knowing where it will lead us.”  fargblanche.com

Exploring the Baker’s House, Färg & Blanche’s exhibition of lighting and furniture inspired by one partner’s ancestral home in Sweden