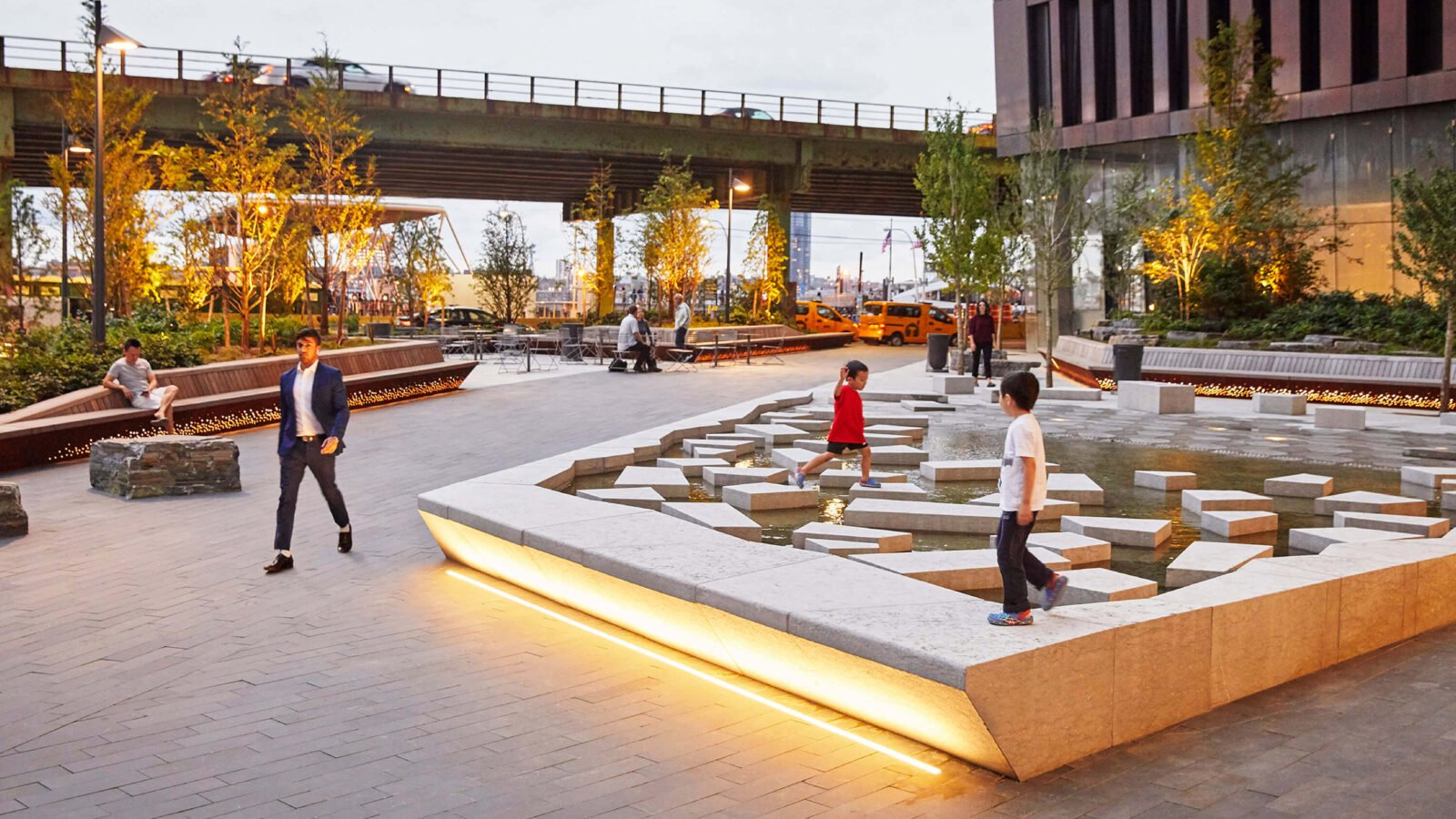 When is a public plaza not just a place to pause? When it’s also a water-filtration system, a noise-pollution buffer and a de facto green roof atop an underground parking garage. These days, it’s a given that civic spaces – be they public, private or a combination of both – need to be flexible, resilient and responsive to their surroundings, but First Avenue Water Plaza, recently completed by Scape Landscape Architecture on the East Side of Manhattan, sets a new adaptability standard for a project of its size. 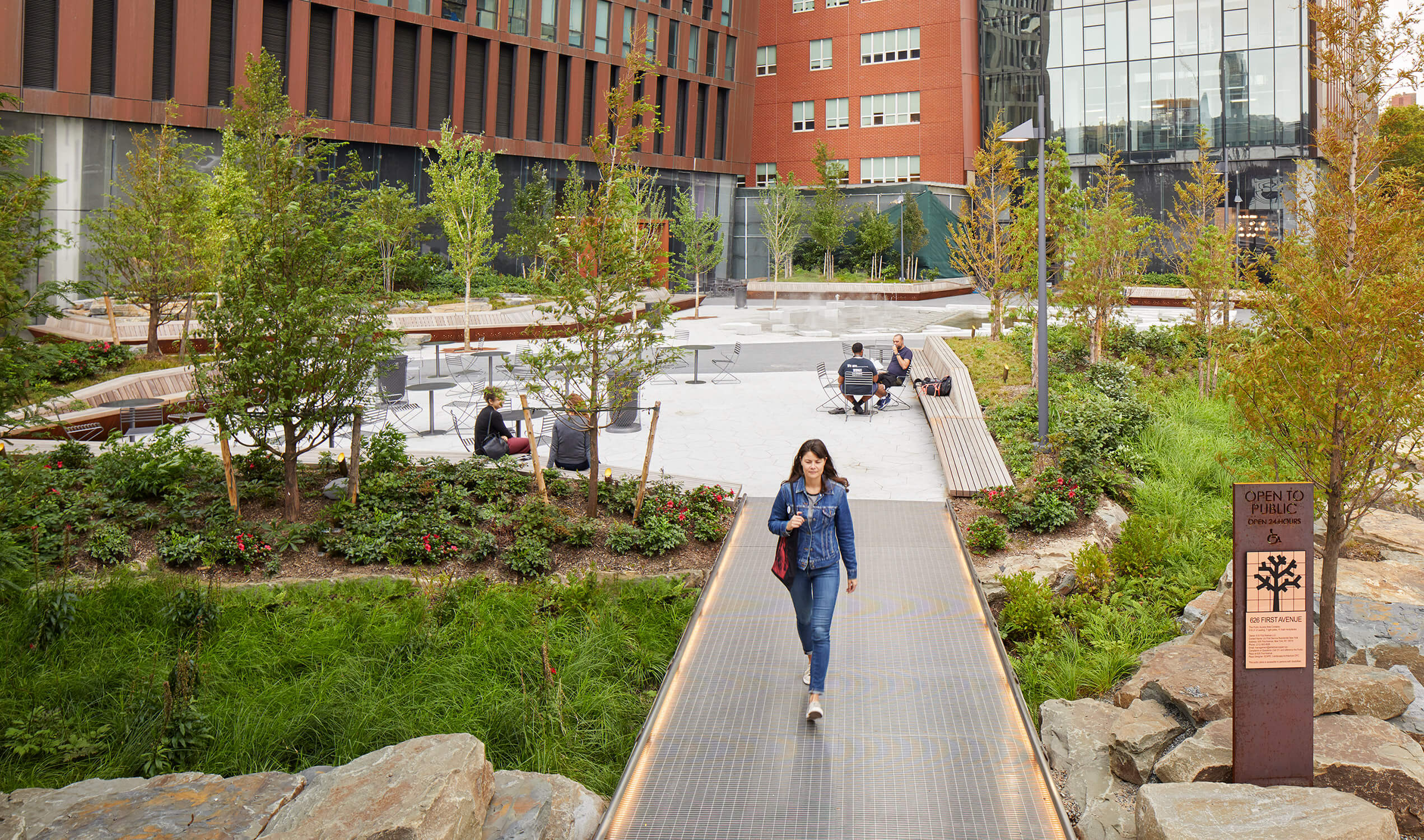 Located over a parking structure at the American Copper Buildings, a pair of riverside apartment towers designed by SHoP Architects, the 1,791-square-metre plaza not only creates a new connection to the East 34th Street Ferry Landing, but also mitigates traffic noise from the nearby FDR freeway with its rock-lined swales and shrewdly chosen plantings. 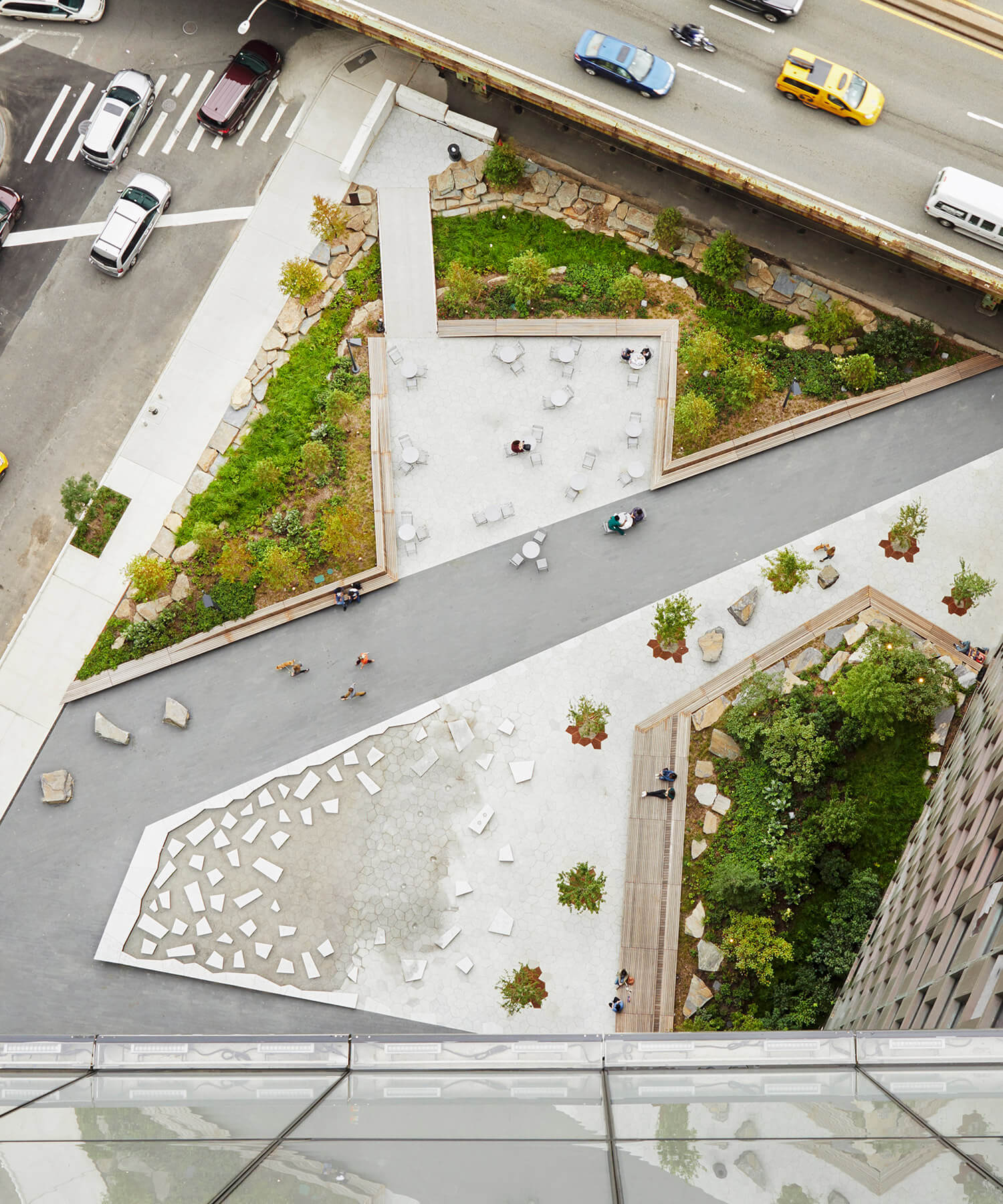 1A series of rock-lined swales around the perimeter collects stormwater runoff and provides a sense of enclosure.

3Favoured by children, the scrim fountain is studded with stepping stones and lends a cooling effect.

4As a flood-resiliency measure, the sloped planting beds feature species tolerant of salt water, such as bald cypress, at the lowest levels.

Perhaps most significantly, the plaza responds – discreetly yet effectively – to two types of water threats: storm surge from the East River (a major concern in New York of late) and stormwater runoff from the building and site. In the event of heavy rain, a subgrade detention system inserted between the plaza and the parking garage has been designed to capture and filter water before outletting it to the river. And in storm events during high tide, the rock-lined swales provide overflow detention capacity until the tides recede, explains managing principal Alexis Landes. 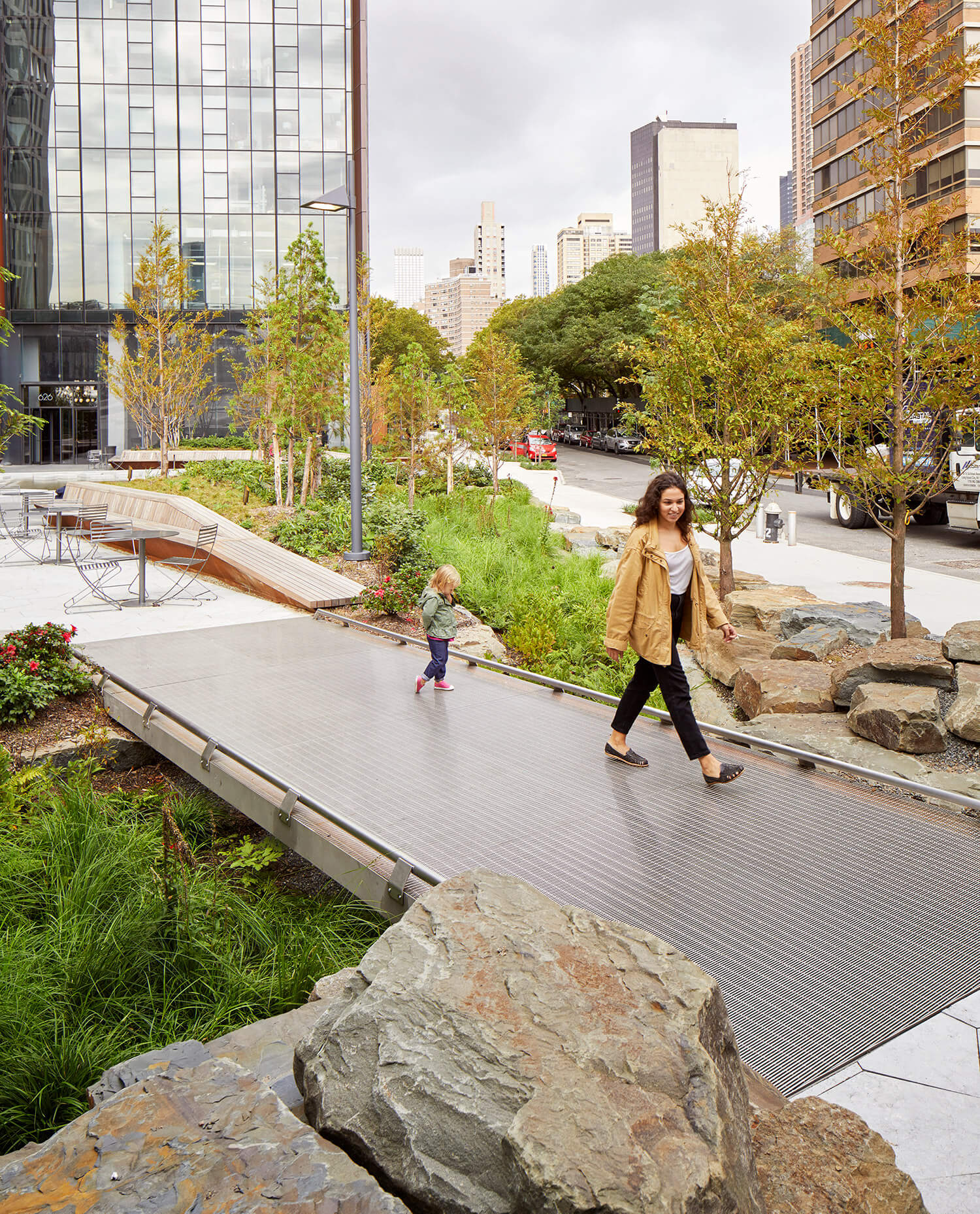 Of course, the many users who have been drawn to the space’s custom benches, café tables and interactive scrim fountain – another noise-mitigating feature that also cools the square – are mostly unaware of these safeguards. As Scape puts it, “the plaza was designed around duelling desires to create a relaxing central gathering space and enable easy circulation while celebrating water in its different forms and expressions.” Consider that mission – plus the inclusion of major defenses against said water – accomplished.  scapestudio.com