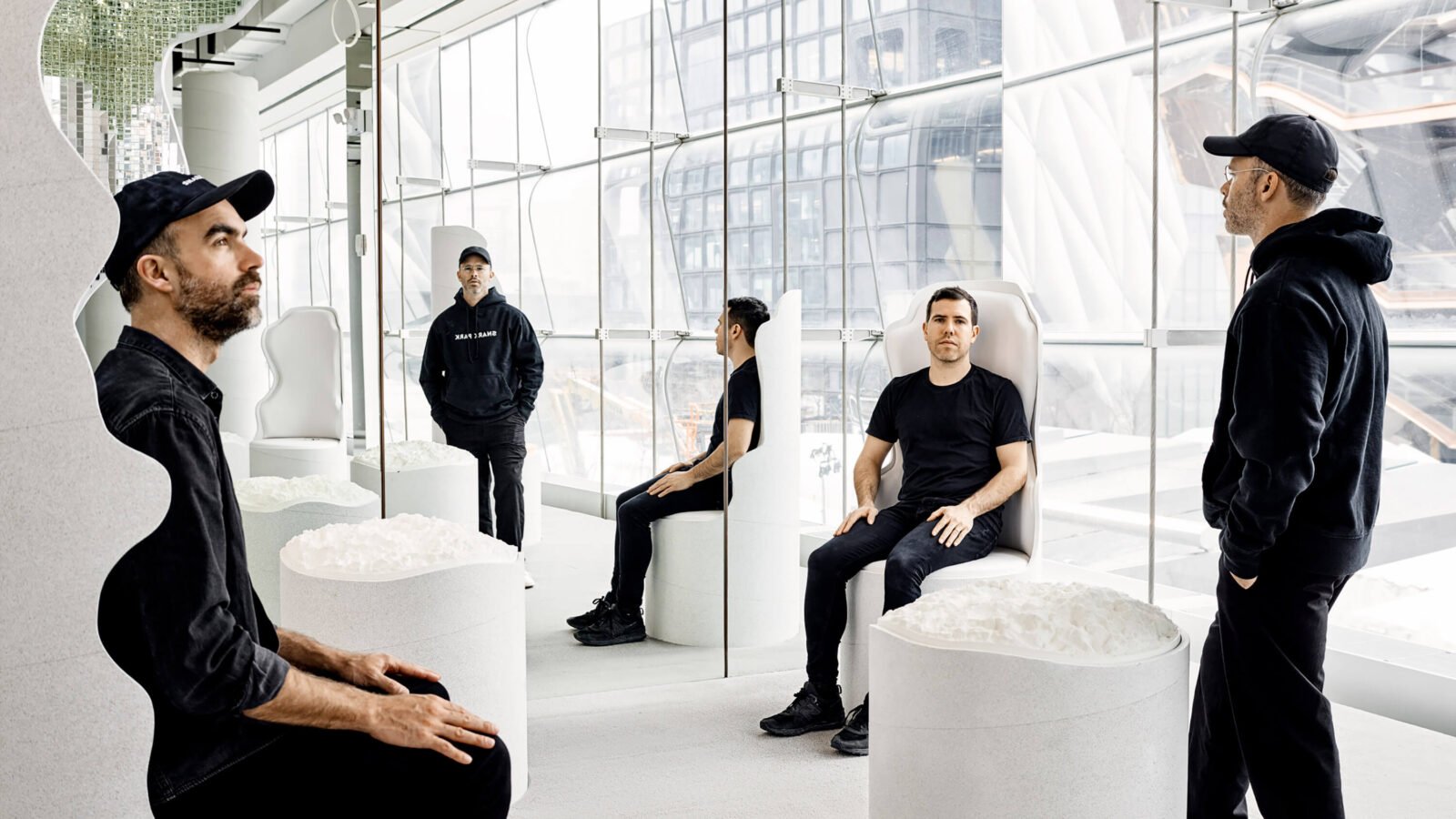 In March, Snarkitecture invited the public to witness its creative process at Snark Park, a permanent exhibition space where the New York–based collective plans to test forms and preconceptions through temporary installations. But a gesture of education and goodwill this is not. Snark Park charges US$28 a pop for admission to its new gallery.

The 557-square-metre design laboratory is part of Manhattan’s behemoth Hudson Yards project. It’s also a chip off the old block, as the US$25-billion development has monetized image at a grand scale. Vessel – the towering sculptural structure that Thomas Heatherwick conceived as Hudson Yards’ Instagrammable heart – siren-calls pedestrians to hop off the High Line and climb its interlacing stairways before moving on to the seven-storey shopping centre standing immediately to the east.

In a forest of pillars, a handful of the forms feature craggy cutaways revealing interiors lined in fur, mirror or other surprising materials that make for ideal selfie backdrops. 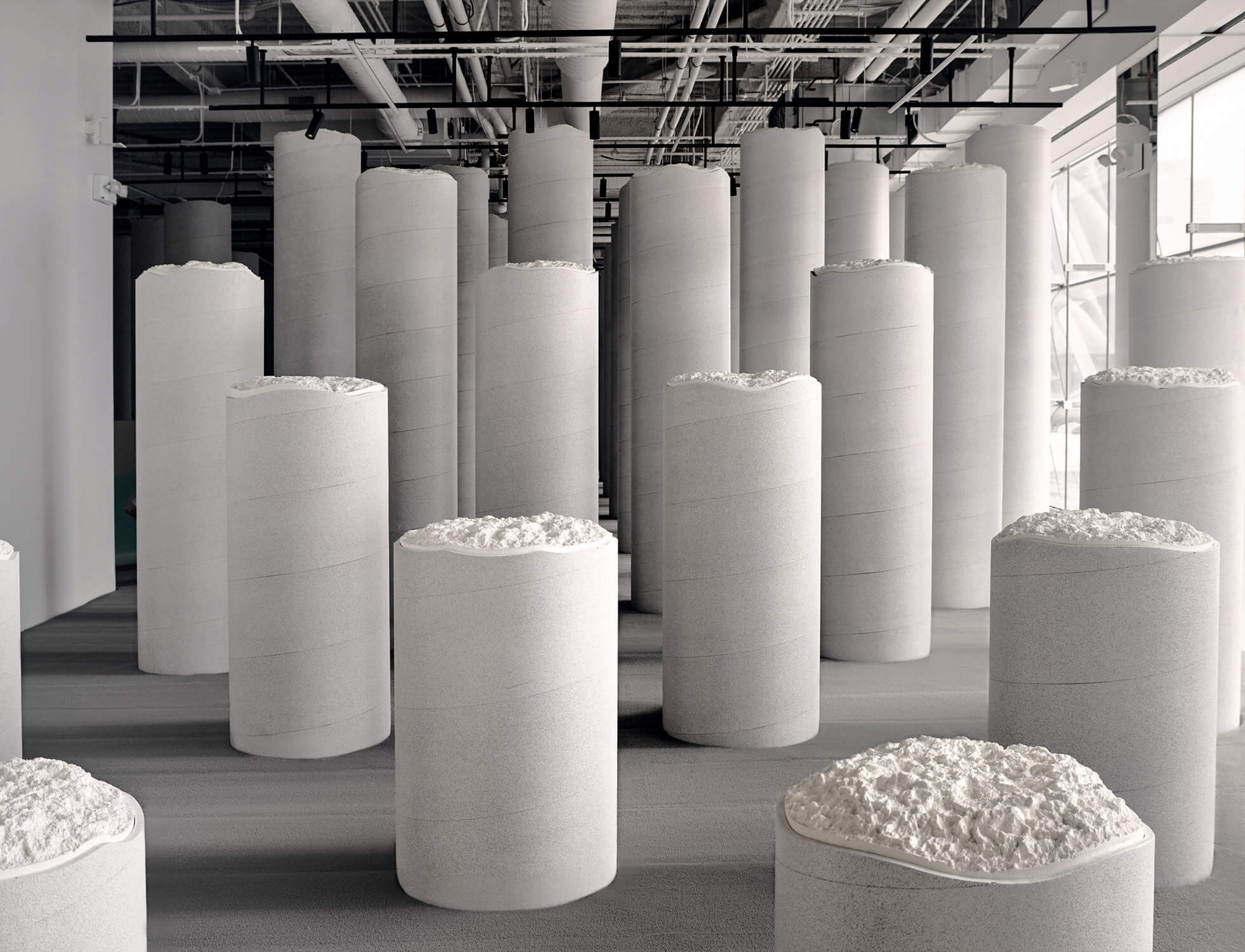 Snark Park occupies a second-storey slot within the mall, and at first glance Snarkitecture’s design appears to reject the attention-seeking vernacular of luxury retail. Instead of blaring branding or high-lacquer surfaces, the entrance is finished almost entirely in cool whites and pale greys, including the “Snark tooth” terrazzo floor that studio co-founder Alex Mustonen says was developed specifically for the space. A steel-and-glass reception counter anchors the scene and, to one side, coin-operated claw machines grab at monochromatic plush toys designed specifically for the arcade-style feature.

Once eyes adjust to the tonal shift, opportunities for transaction appear. The plushies and other Snark Park merchandise sit within the counter. Kith Treats sells cereal-blended ice cream from behind it.

At the entrance, a long counter displays Snarkitecture merch, such as the plush Snarkies, and also doubles as a Kith Treats outlet.

The gallery is sandwiched between this storefront and the mall’s scalloped-glass facade. For the inaugural exhibition, Lost and Found, the price of admission yields access to a dense field of cork-wrapped pillars in which the occasional amoeba-shaped cutout reveals an inhabitable interior lined with materials like mirrored tile, faux fur or beaded curtains. Weeks after opening, the show evolved with the addition of thousands of white ribbons streaming down from overhead, recalling 2015’s COS × Snarkitecture installation in Milan. “Facilitating photos was not our primary focus,” Mustonen says. And yet how can one resist the urge to document Lost and Found via selfie? This abstract enchanted forest peddles social media influence.  snarkitecture.com, snarkpark.com