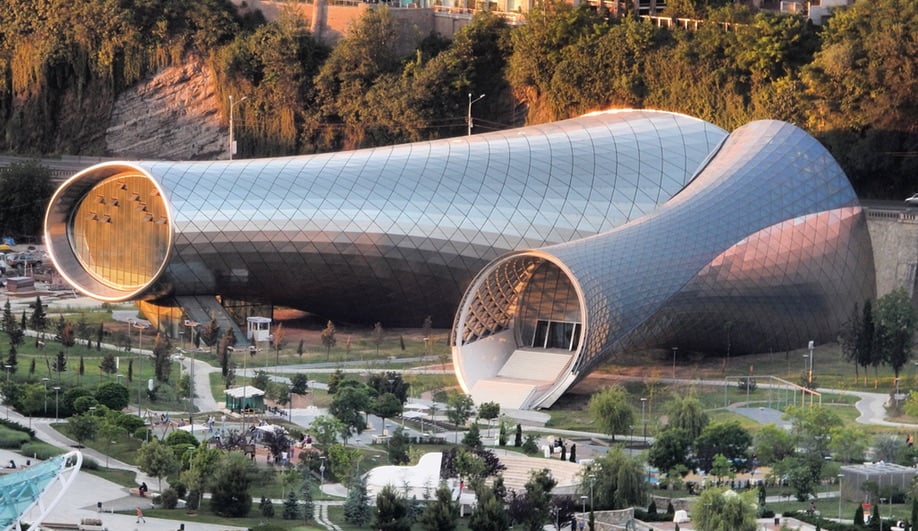 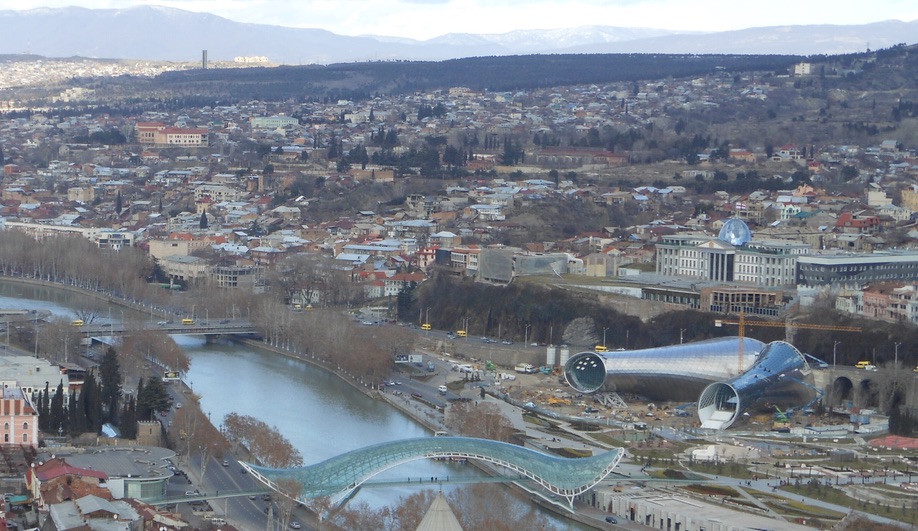 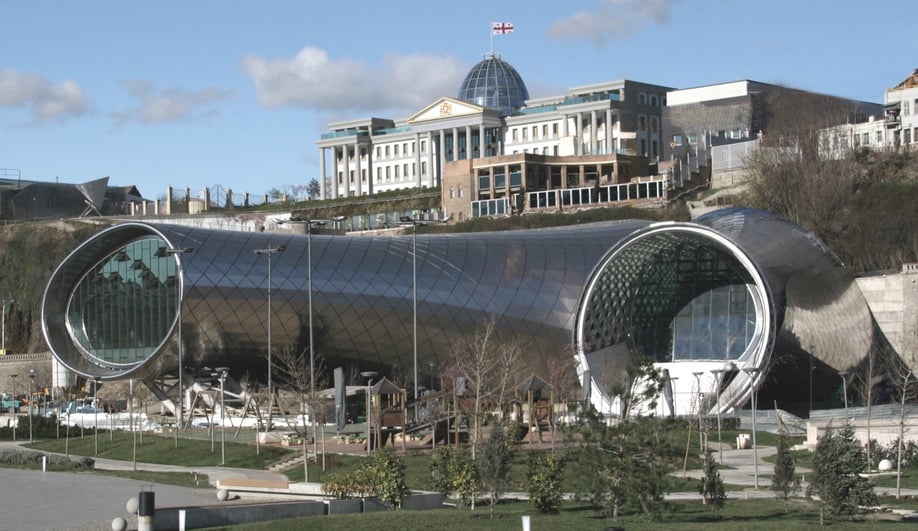 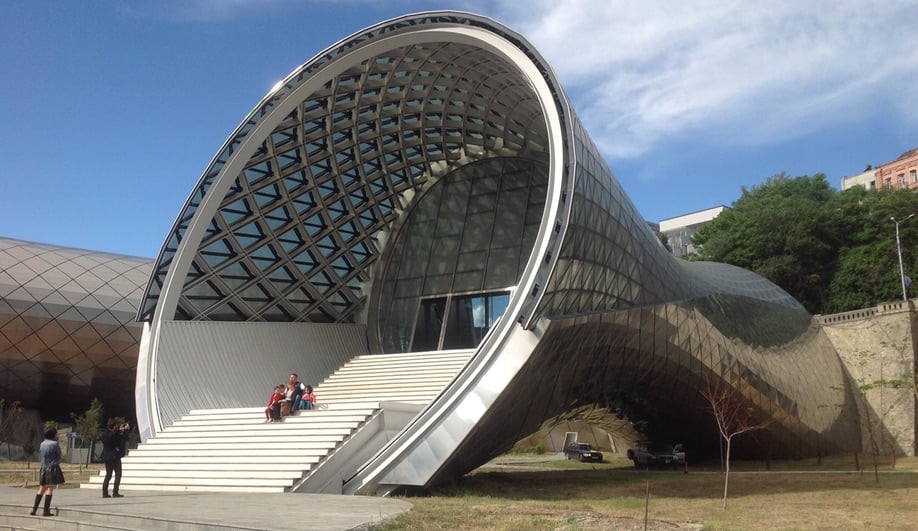 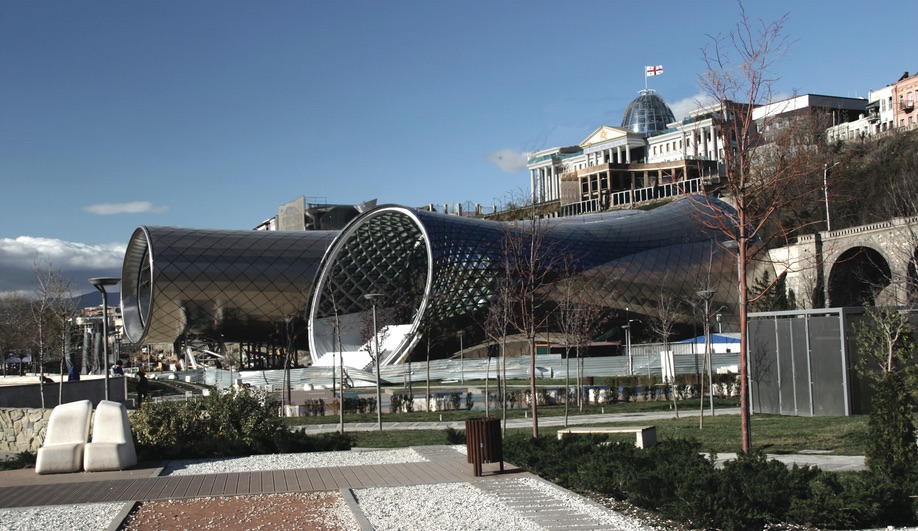 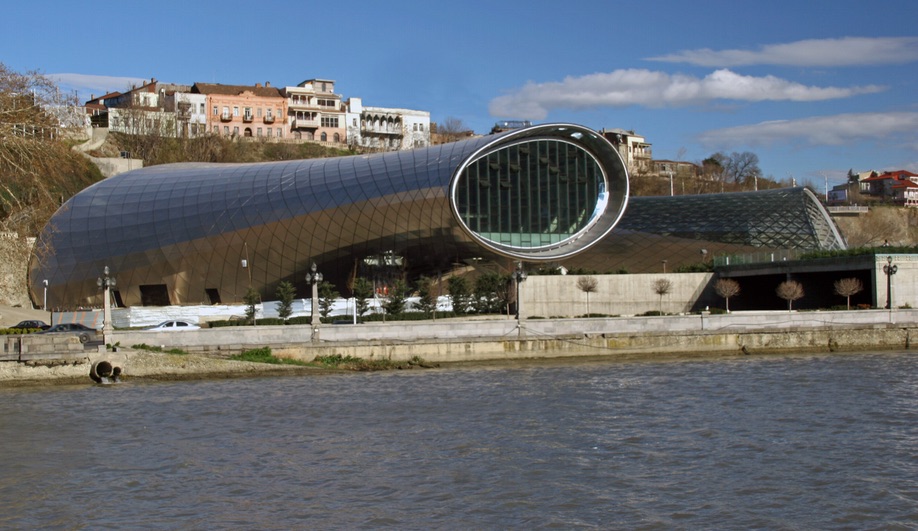 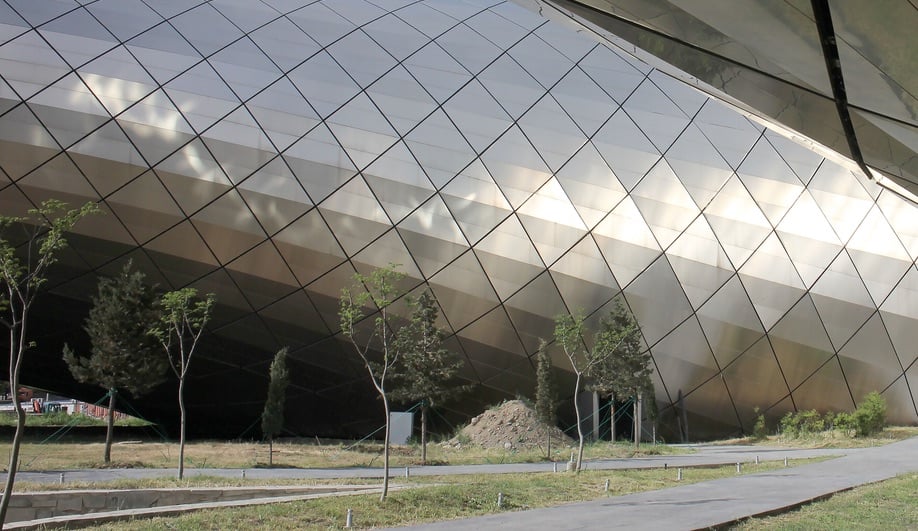 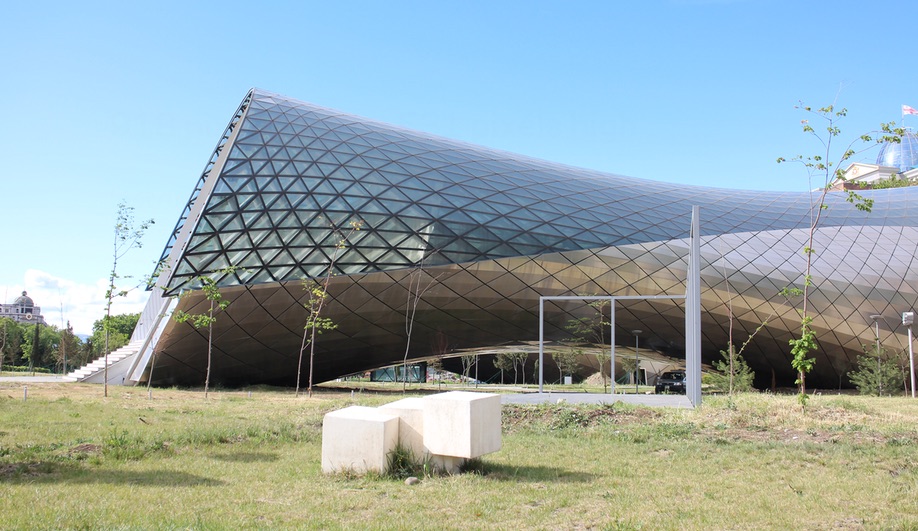 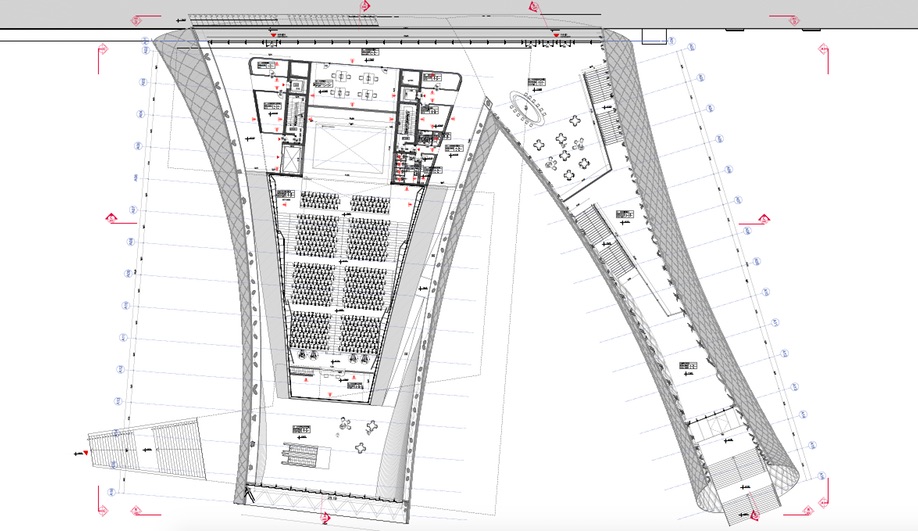 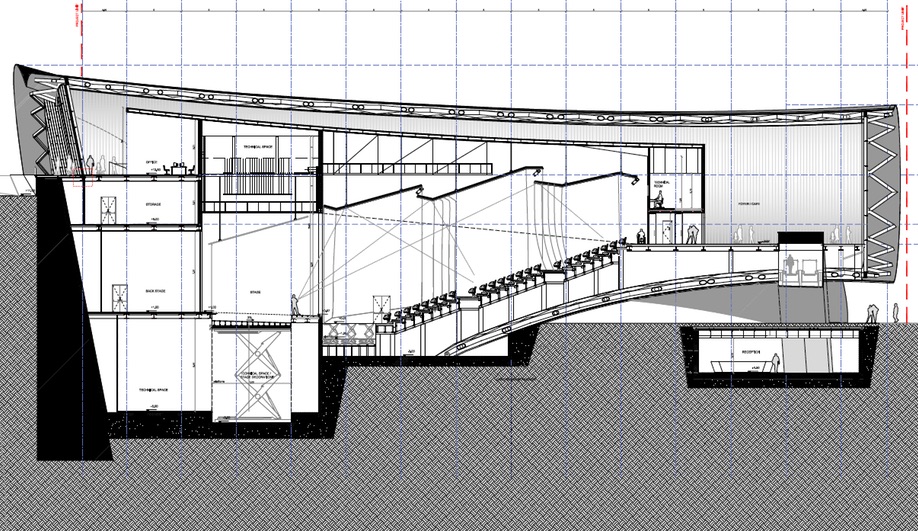 From the outside, the sweeping stainless-steel-panelled walls of the Rhike Park Music Theatre and Exhibition Hall look deceptively small; their sculptural forms hardly seem big enough to house a music hall with 566 seats, let alone a total 9,200 square metres of space. This could be due to the scale of the site itself – a sprawling, meticulously landscaped park nestled in a bend of Tbilisi’s Mtkvari River, and abutting a 13-metre-high retaining wall.

Studio Fuksas’ structure takes the shape of a lopsided V, with the two primary functions housed in the V’s cylindrical arms – a decision the architects made to ensure the dual functions would be clearly visible from the exterior. At the end of the south wing, which houses the exhibition space, the cylinder flares into a grand entrance with wide stone steps, welcoming guests in from Rhike Park.

A few steps away, Michele de Lucchi’s Peace Bridge, completed in 2010, is a main source of pedestrian traffic into the park, so not only is the south wing angled towards the bridge to receive incoming guests – its gently curving walls also harmonize visually with the bridge’s undulating, similarly tessellated canopy. And, like the bridge, this half of the Fuksas structure is topped in triangular skylights, rather than steel panels, to flood the still-unfinished interior with light.

The north wing, which houses the music hall, is elevated, and rather than flaring into an entrance, it is capped with a glass curtain wall more than two storeys tall. This section of the structure – the fatter of the V’s two arms – houses many of the additional programmatic requirements as well: behind the stage lie the foyer, administrative offices and storage rooms, as well as the technical spaces that house the theatre’s machinery.

To the rear of the music hall, in the glazed end of the north wing, are an open foyer and a cafeteria. Here, elevated above the park, guests can linger and enjoy refreshments while they take in unobstructed views of the river.

Where the two wings connect at the base of the retaining wall, their merging rooflines slope gently up to the street above, where a secondary entrance faces a multi-lane thoroughfare. Across this street lies the Presidential Palace and, surrounding it, the heart of the old city.

From inside, the exhibition space and foyer ramp upward to establish a link between the park and the city above. The architects compare this gesture to a periscope: although the bulk of the building rests in the low-lying riverside park, it peeks above the high stone wall to offer views and access to the historic city centre.