The Future of Footwear
From sneakers that signal directions with vibrations to socks that help athletes prevent injuries, our feet are poised to become the next logical place to embed wearable technology. 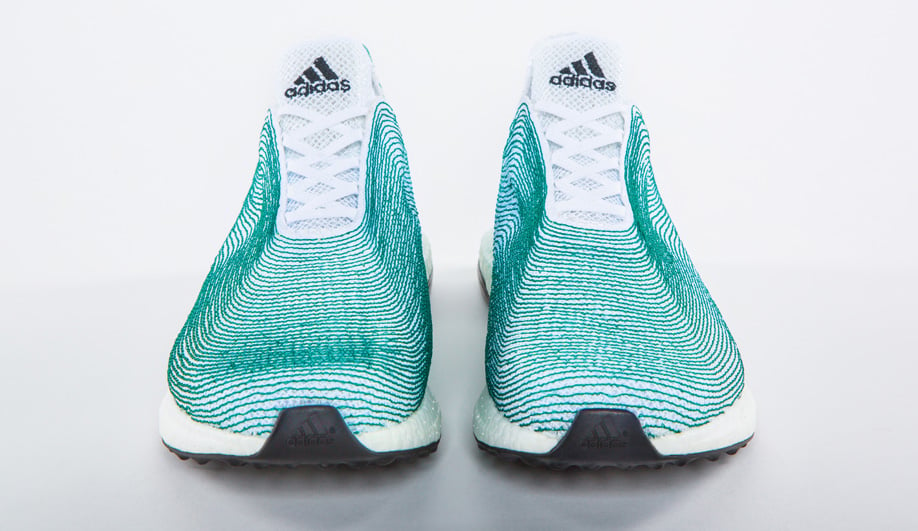 A concept shoe by Adidas made from deep-sea gillnets gathered off the coast of West Africa. 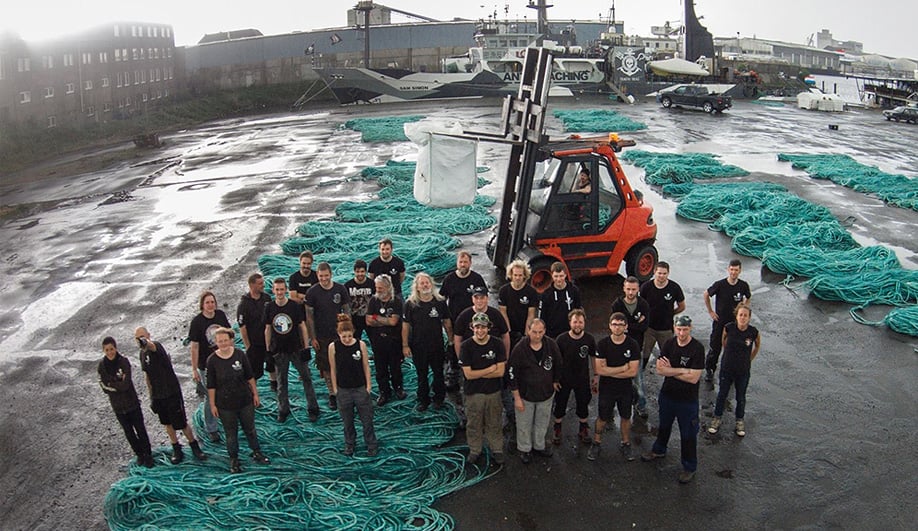 Collaborators Cyrill Gutsch, founder of Parley for the Oceans, and Adidas brand marketer Eric Liedtke are investing in ways to recycle oceanic debris into usable fibres. 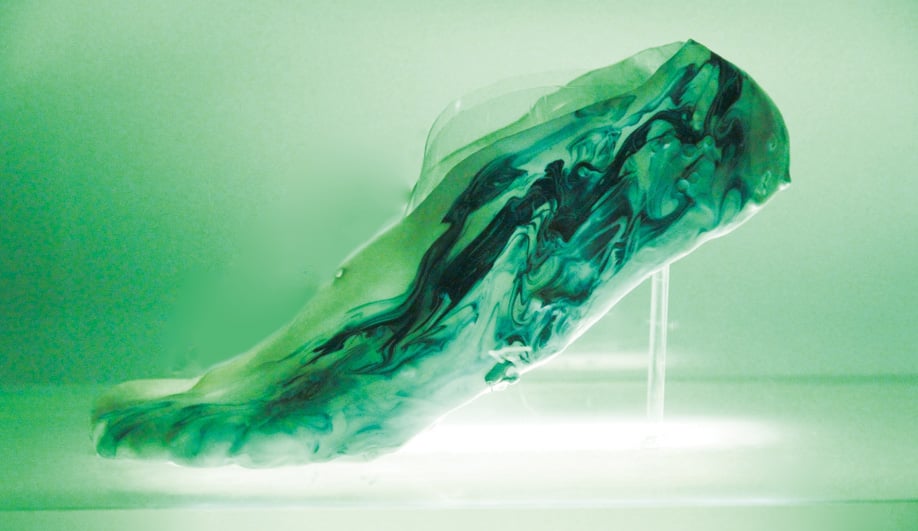 London researcher and designer Shamees Aden has envisioned trainers that become a second skin by employing protocells, a new method of engineering life from liquid chemicals. 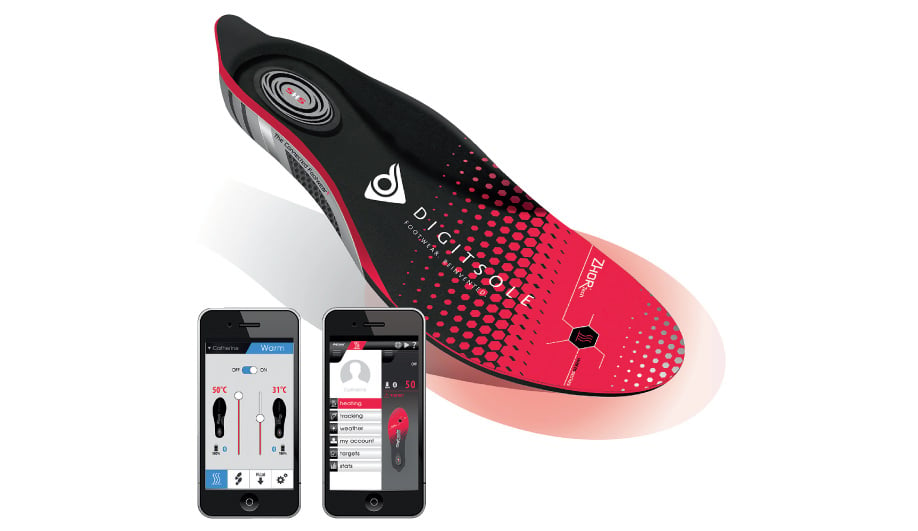 Distance trackers and calorie counters are making their way into smart-technology footwear. Digitsole insoles keep your feet warm, too, using a built-in thermostat that can be adjusted via Bluetooth. 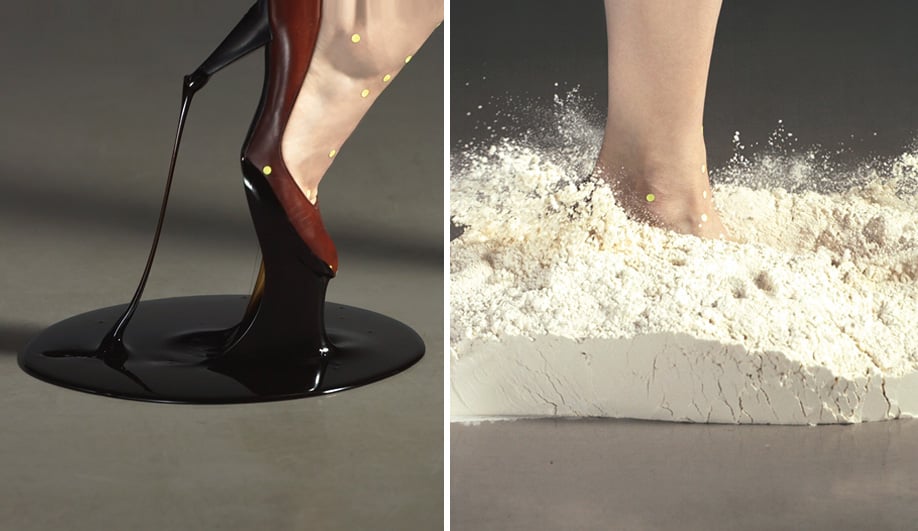 Dutch designer Marloes ten Bhömer is studying ways to make stilettos pain-free without losing their glamorous appeal. Her investigations include finding out what happens to the heeled foot on hazardous terrain. 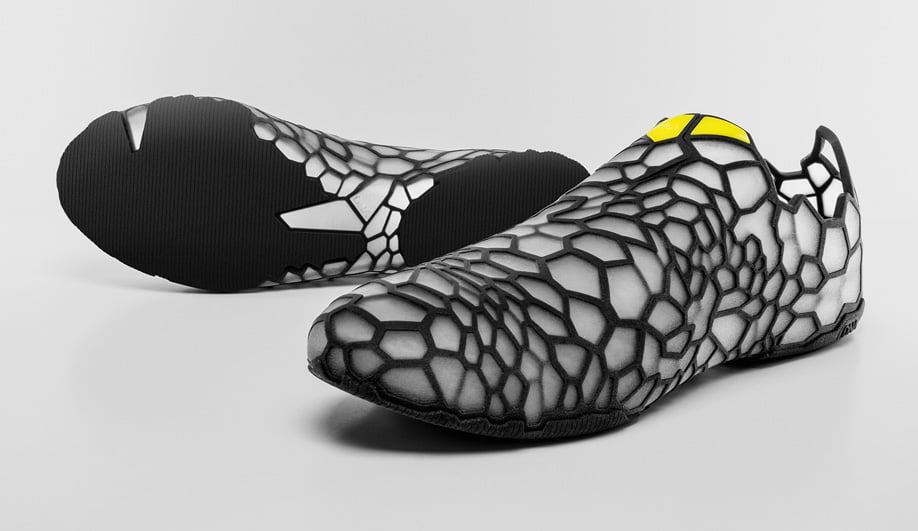 The DNA shoe concept, by Pensar Development, is tailored to individual feet for maximum comfort while walking, running or sprinting. The material needed to make the rapid-prototype slip-on is too costly to manufacture, but that will likely change as 3-D printing evolves. 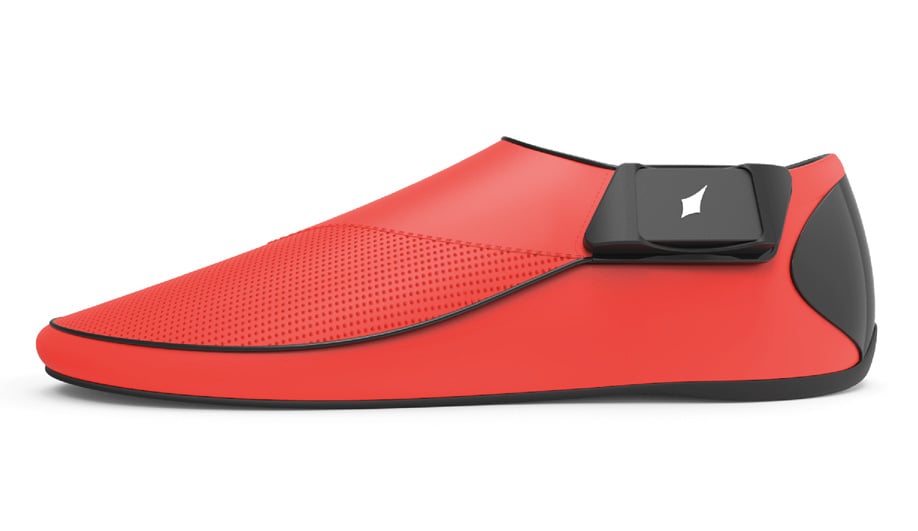 Lechal footwear offers an alternative to wrist-based sports and health devices. They track calories and footsteps; and via Bluetooth, each shoe vibrates to provide hands-free navigation. 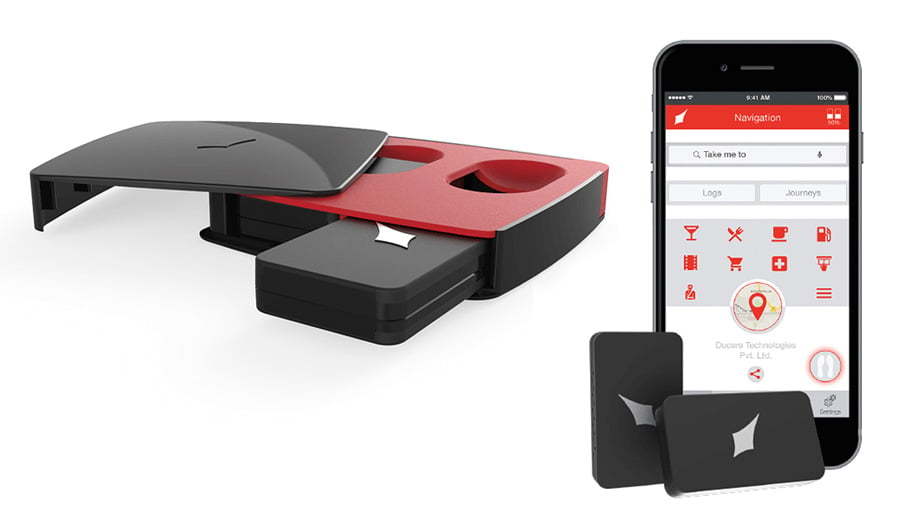 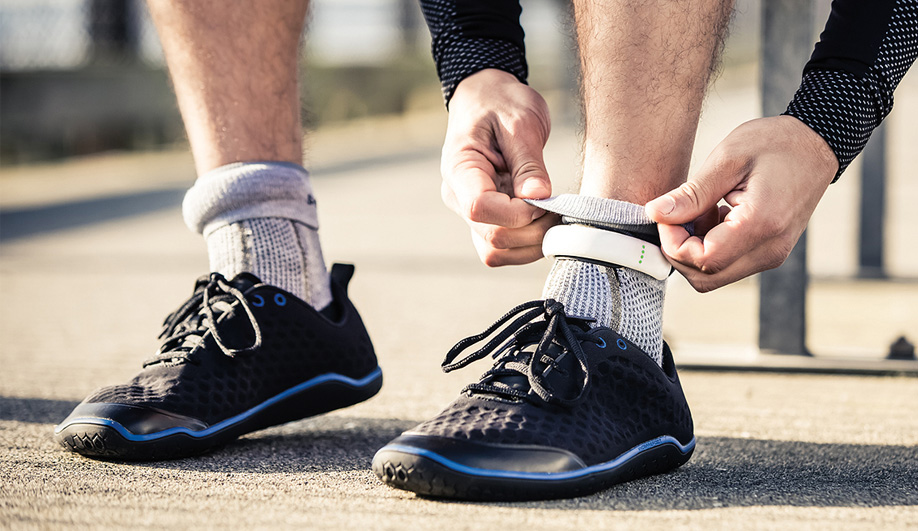 Sensoria socks are equipped with Bluetooth-enabled anklets that give runners updates on form, distance, pace and speed, right down to the millisecond. The wearable system is designed to improve performance and prevent injuries.

From sneakers that signal directions with vibrations to socks that help athletes prevent injuries, our feet are poised to become the next logical place to embed wearable technology.

Earlier this year, in an initiative with the nonprofit Parley for the Oceans, Adidas announced the world’s first sneaker made from ocean debris. The shoe’s upper is woven from yarns and filaments recycled from deep-sea gillnets dredged from the coast of West Africa. Presented at the UN in June as a demonstration of the joint venture’s commitment to clean up our waterways, the textile is expected to hit the market in other forms as early as 2016. But the bigger goal is to help avoid plastic waste in the first place, by developing technology that will intercept plastic before it even reaches natural habitats.

The Adidas/Parley for the Oceans shoe represents one of the ways technology is finding its way into footwear. Research into new materials is one area where change is happening, but other innovations are geared toward tuning people in to how their bodies and feet are central to their health. Haptic footwear, which works through vibration, has already hit the market; and shoes that help runners recalibrate their stride, for injury prevention as well as other benefits, are not far off.

In Seattle, Pensar Development is among a handful of research-based design and engineering firms that are testing the potential for rapid prototype footwear. Unveiled last year, their DNA shoe concept, which fits on like a sock, is more of a slipper tailored to individual feet. At Philadelphia University, industrial design students Matthew Flail and Tim Ganter are also developing their own customized prototype, called Footprint. The goal is to create shoes that will reduce the risk of joint problems caused by improper alignment. The team is using algorithmic models and rapid prototyping to build a cellular structure for the insole and midsole, based on specified measurements. Nylon-based DuraForm Flex plastic provides a functionally gradient support, cushioning the foot where needed. So far, their efforts look rather clumsy, but the concept has earned them a grant to advance their research.

Designer Neri Oxman has gone a few steps further by tapping in to the potential of biomimicry. She works at the Massachusetts Institute of Technology, and is well known in the architecture world for her explorations in digital fabrication and 3-D printing. Oxman has developed a bizarre photosynthetic material, which she has named Mushtari. Inspired by the gastrointestinal tract, it hosts synthetic micro-organisms that can show bright colours in the dark and produce biofuel when exposed to sunlight. Footwear is one of the applications envisaged for the futuristic textile. As with all wearable technology, finding a reliable, portable energy supply is an issue, so there is considerable interest in Mushtari and other materials like it.

While power-generating shoes are still a ways off, smart footwear is now on the market. Initially developed by Ducere Technologies of India for visually impaired users, Lechal is the first everyday shoe that vibrates via Bluetooth, enabling wearers to navigate hands-free. The company recognized its potential as a lifestyle product, and added in a route planner, a distance tracker and a calorie counter, among other customizable novelties. The Digitsole chargeable insole – created by a start-up based in Nancy, France, and launched this past summer – tracks steps and caloric intake and keeps the feet warm. Wearers enter their weight, height and desired temperature into an app, and the insoles maintain a consistent warmth.

Equally intriguing are the Sensoria running socks, embedded with textile sensors on the sole; the conductive yarn detects pressure and communicates data to an anklet, which transmits speed, cadence and foot landing to an app. Meanwhile, at the University of Boras in Sweden, the smart-sock concept is being turned into a training aid, to help runners optimize their foot landings by shifting the strike focus to a more effective, less stress-inducing position.

One of the longest-standing battles in footwear is the ever-elusive comfortable heel. Dutch designer Marloes ten Bhömer has been looking for an answer to the age-old problem for years, seeking to design a stiletto that’s glamorous yet supportive. Her body of work, A Measurable Factor Sets the Conditions of Its Operation, is an intriguing combination of art, science, engineering and sports research. It includes investigative pieces that have been the subject of various gallery displays, like Smarter.Tougher.Faster, an exhibition of high-tech sportswear recently on view in Toronto. Ten Bhömer’s studies incorporate recordings of how a heeled foot responds to some of the perils of walking, such as stepping into a slippery puddle of baked beans or a loose pile of foam blocks. Her findings suggest that an asymmetric position would give greater support and comfort. In adapting technology from athletic footwear, she applies similar metrics to produce an ideal ergonomic heel, particularly when the foot is in motion.

Ten Bhömer’s shoes are still at the testing stage, though that might not be the case for much longer. With 3-D printing and micro-technology developing rapidly, we are going to see more smart materials worked into footgear, with shoes that can not only communicate with us, but potentially improve our health, too.