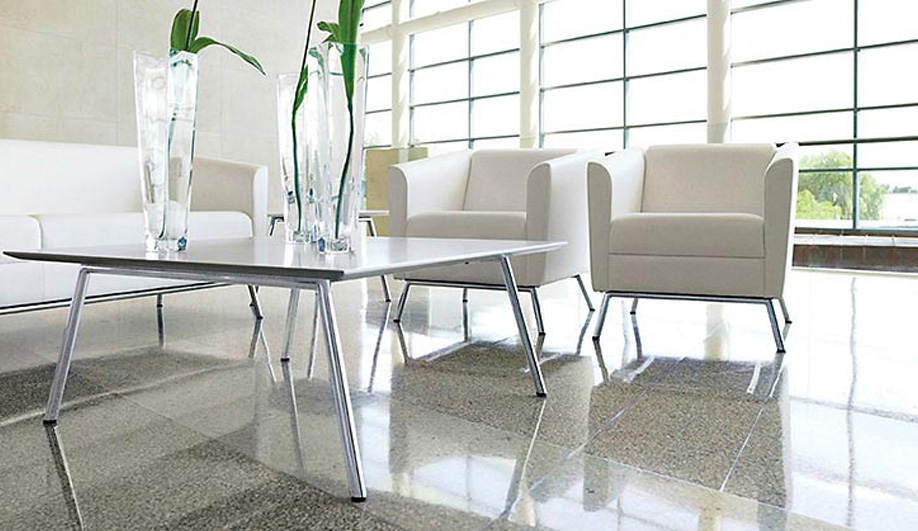 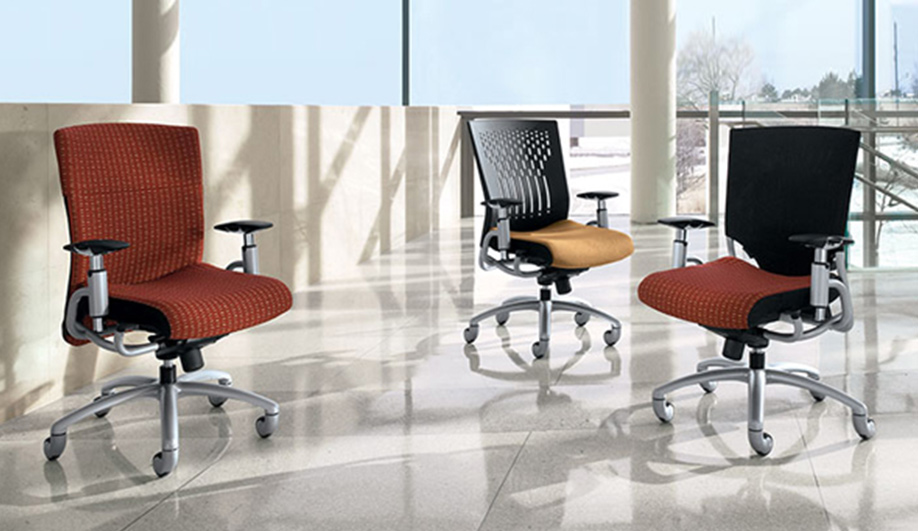 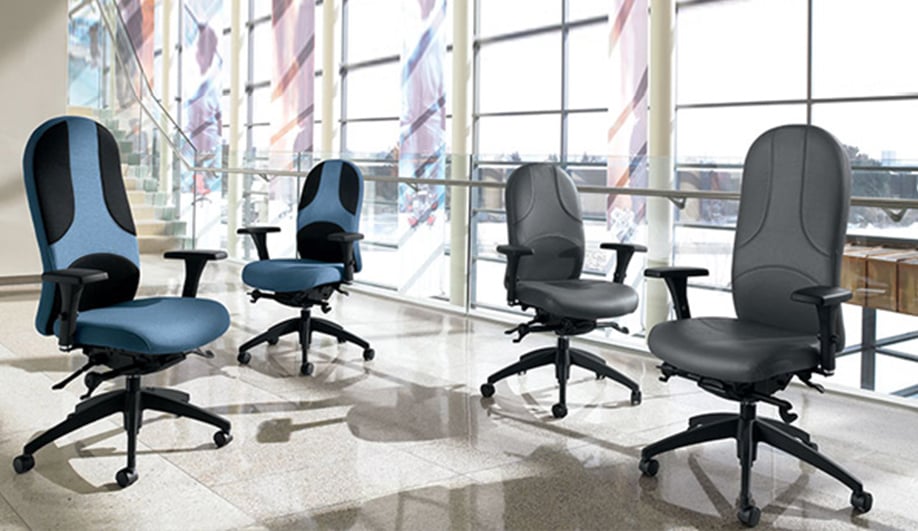 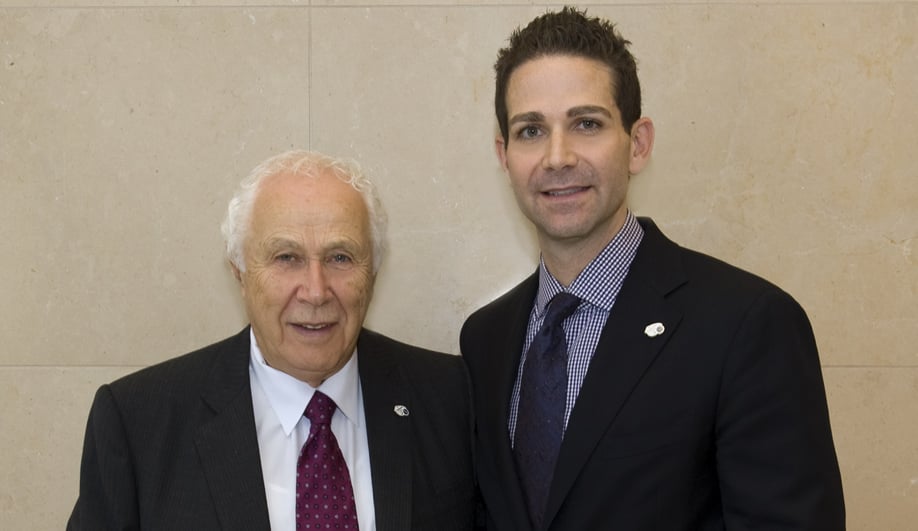 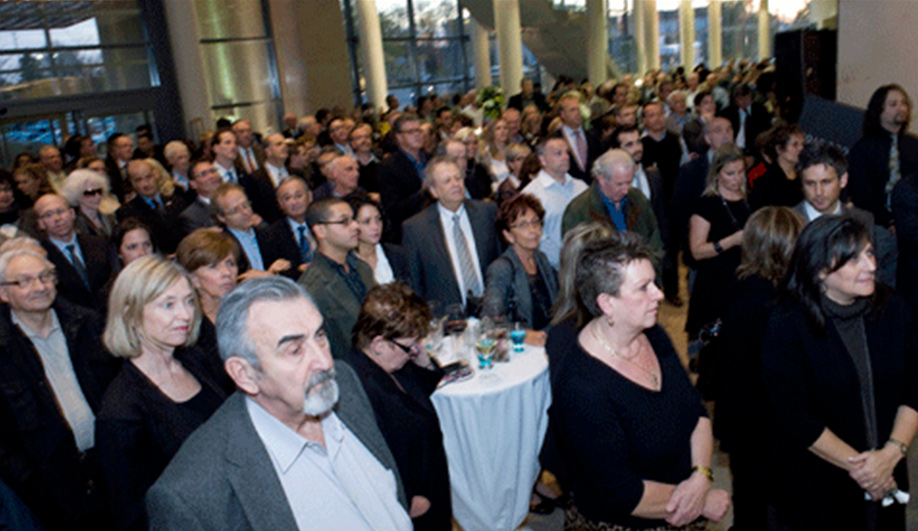 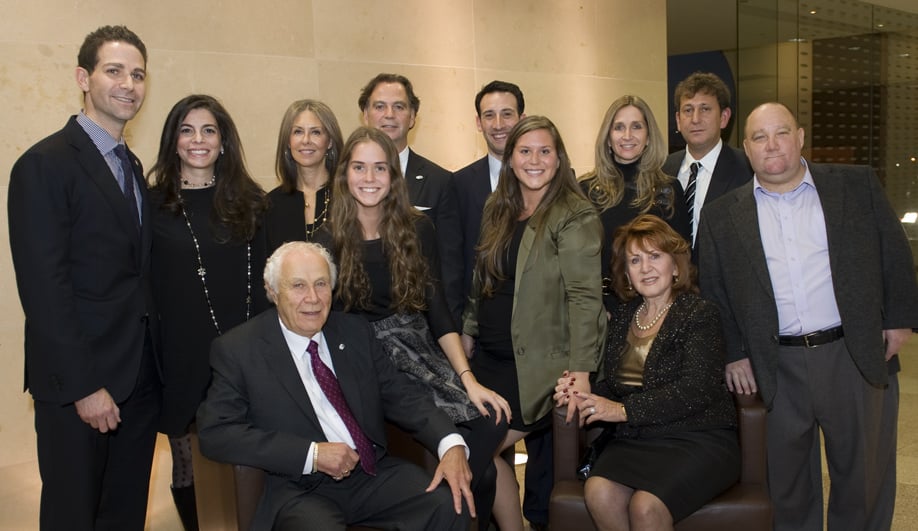 The vaulted glass atrium of Global Group’s north Toronto headquarters was buzzing on Thursday night as hundreds of guests celebrated a major milestone. Marking the company’s 45th anniversary, founder Saul Feldberg expressed his thanks to the clients, employees and supporters who have contributed to this success.

An attendee, thrilled at having had the chance to shake Mr. Feldberg’s hand, observed that it’s not every day you have the chance to meet a scion of Canadian industry. One of the stalwart Canadian manufacturers that survived the recessions of the 1980s and ’90s, Global Group is still going strong.

In fact, the group’s employee base has increased a thousandfold since 1966, when Saul Feldberg and Bill Kemeny created Global with one goal in mind: to create an executive desk chair at a reasonable price. From six employees, the staff grew to 6,000. “We can’t do anything without the full support of our staff,” said Joel Feldberg, Global Group’s president and COO, in an interview with Azure. “From the six pioneers who started it to the people of today, we’ve got different focuses, but it’s no different today than it was then. The roles may be more complicated, and we have more people, but our core values are our people. They’re a large part – if not the biggest part – of our success.”

The intervening years have also seen Global Group’s product line expand from a single office chair to entire office systems and the company now ranks as the sixth largest furniture maker in the world. Part of that growth has meant staying ahead of the sustainability curve; Global was one of the first manufacturers to establish an in-house recycling facility. “At the beginning, the goal was to provide a service that people could afford,” says Joel Feldberg. “As time went on, we started to think about the materials and how they impact the environment – and how we could change them to become more environmentally friendly, and to aid us in our own production process.” Today, Global recycles wood and plastic into non-showpiece furniture lines, and has even partnered with cottage-industry handbag maker Echoes in the Attic to upcycle tons of off-cut upholstery into a range of totes.

Global Group has its sights set on growth into new markets, adding emphasis to overseas sales and new product lines. “Healthcare has become a huge part of our focus in the past few years,” says Joel Feldberg, “to the point where it’s now the fastest-growing segment of our business. Hospitals, nursing homes, and rehabilitation centres, have today become a big part of what we do.”

This resiliency is part of what helped Global Group weather the financial storms of the past 45 years: seeing new opportunities, and finding ways to meet several different goals at once. “You have focuses on the environment, focuses on design,” explains Joel Feldberg. “It’s not just about whether it’s inexpensive; it’s about making a product that’s unique, that’s affordable, that’s environmentally friendly, and appeals to a wide audience.”