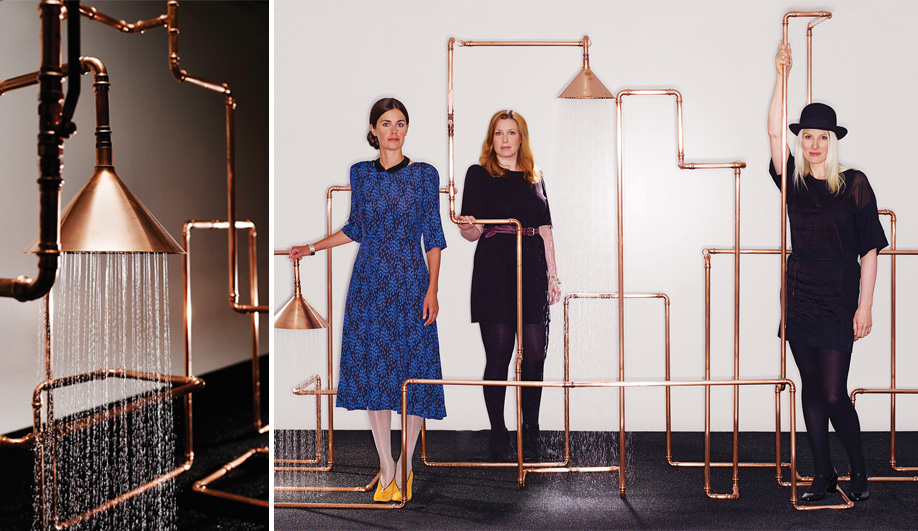 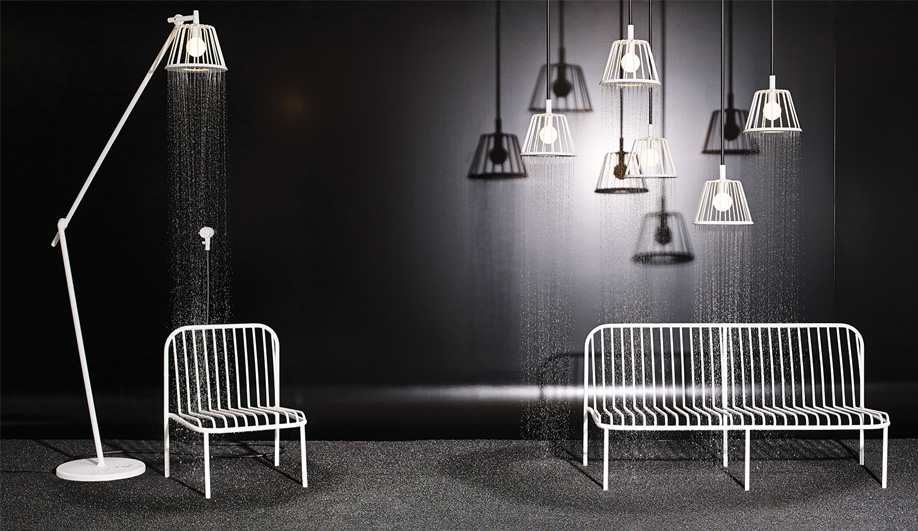 After tasking two acclaimed design firms, Stockholm’s Front and Tokyo’s Nendo, to reinter­pret what it means to bathe, German manufacturer Hansgrohe spent nearly three years refining the sister projects before it was satisfied. This is understandable: subverting an appliance as ubi­qui­tous as the shower, while creating a beautiful concept, is an unusual job, yet that is exactly what the company has accomplished with its wildly creative Axor WaterDream series.

The Front trio chose to explore the shower’s external mechanisms, while Nendo, headed up by Oki Sato, re-examined the water within. Front’s design embraces technology with a circuitous copper network built from the pipes and valves found in the walls of every bathroom around the world, which the firm calls a universal language of “water speech.” Nendo, for its part, presents a shower-lamp hybrid that pokes fun at the distinction between bathroom and living room. A white light bulb housed within the cage shower head illuminates the water below, making the rays of light and the stream of water almost indistinguishable. The installations, on display at Hansgrohe’s headquarters in the Black Forest, are meant to inspire the company to rethink the role of appliances in our lives.

“We are interested in the communicative aspect of a product,” designer Charlotte von der Lancken says of Front’s process. “We never think about the look of an object. It comes naturally, after everything else.” This philosophy is evident in the partners’ irreverent works, from the Surface Tension Lamp, which blows a bubble that reflects the light from an LED before bursting, to the Doodle sofa and tables for Moroso, embossed with the women’s hand-drawn sketches. Will Front reinvent the world of water yet again? “Sure, we are very open minded,” she says. “We love diving into projects of all kinds.”