Hits from the Venice Architecture Biennale
The biennial blockbuster exhibition kicked off this week. Here are five knockout installations, including two Golden Lion award winners, that we highly recommend. 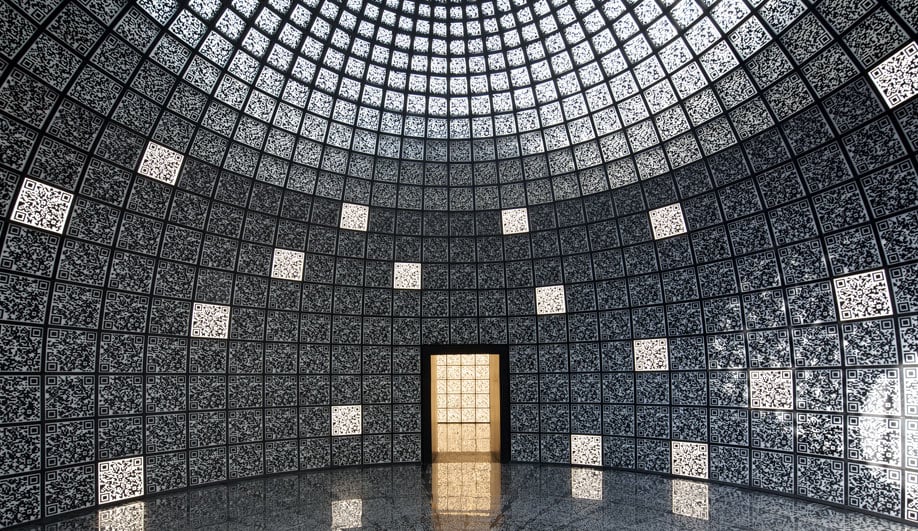 Designed by Sergei Tchoban and Sergey Kuznetsov of SPEECH Tchoban & Kuznetsov, the Russian pavilion is an international introduction to the country’s development of a new tech hub called the Skolkovo Innovation Center. The pavilion is wrapped in a grid of QR codes that creates a stunning display of light and space. At the entrance, show goers receive tablets that are used to scan the codes as they walk through, providing detailed information about the center. The future development will include builds by SANAA, Herzog & de Meuron, Stefano Boeri and SPEECH. 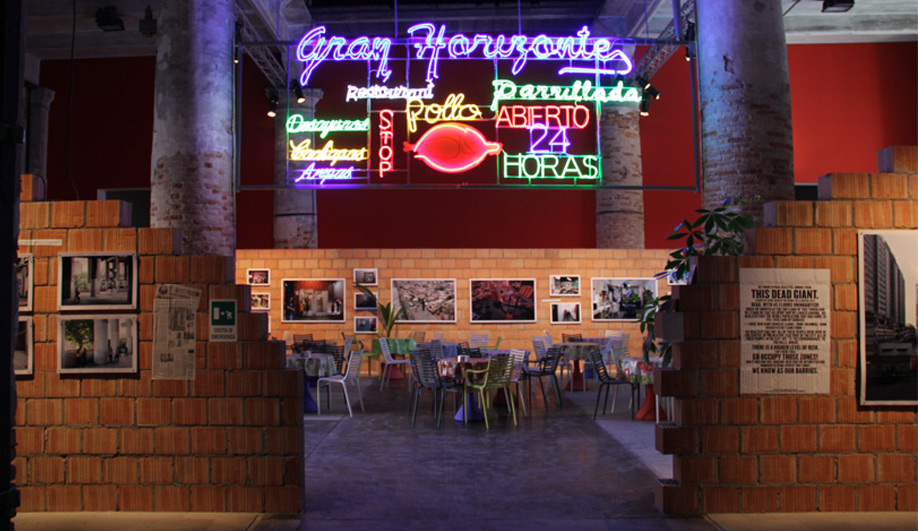 This installation-cum-cafe spotlights Torre David, a 45-storey office tower in Caracas, Venezuela, that was started in 1994 but was never completed due the country’s economic collapse. Its half-built frame has since been improvised into homes for thousands of squatters. The pavilion is furnished with bistro sets, jazzy neon signage and photographer Iwan Baan’s large-scale images of the building and its inhabitants. A collaboration between Urban Think Tank and architecture critic Justin McGuirk, the exhibit was awarded the prestigious Golden Lion for best international exhibition. 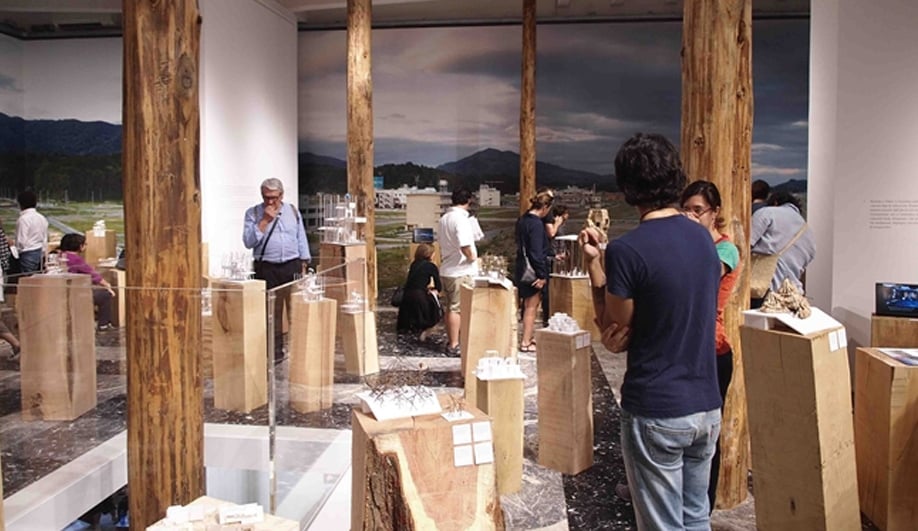 A Home for All (image via Architectural Record)

3 A Home for All, Japanese pavilion

Under the direction of Toyo Ito, the Japanese pavilion also nabbed a Golden Lion for best national pavilion. The installation features dozens of proposed housing projects for those whose homes were destroyed by the earthquake and tsunami last year. Scale models are perched atop timber pedestals that are peppered throughout the space, while giant planks pierce the floors, extending down toward the courtyard. The walls are covered with huge panoramic photos of the post-tsunami devastation. 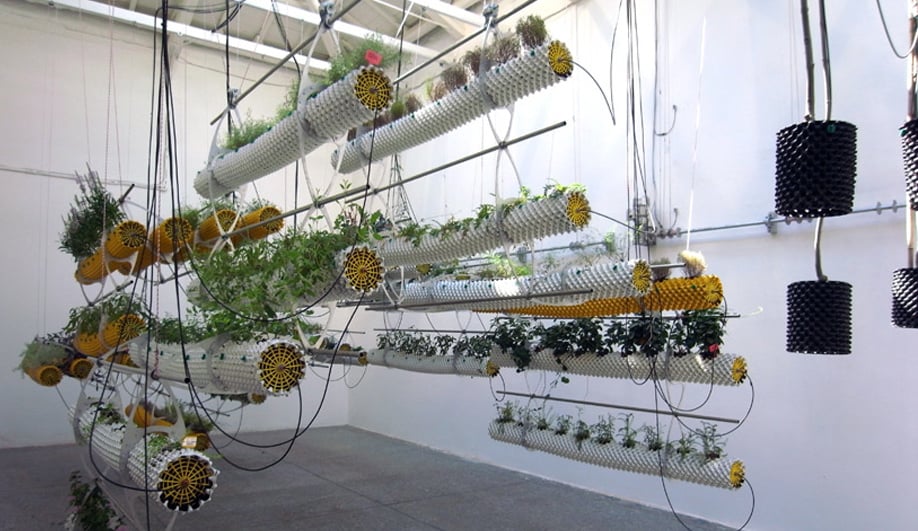 Between Air (image via Designboom)

Architecture firm Selgascano teamed up with biologist Josep Selga and agronomist Juan Laureano to create this bio-tech installation for the Spanish pavilion. Cylinders made from recycled plastic are suspended in the air via a pulley system. Filled with soil and seed, the contraptions feature holes that bring light to the roots and provide an opening for plant growth. The cylinders are in constant movement, distributing water, light and heat evenly.

Everyone has the right to sound (image via Domus)

5 Everyone has the right to sound, Polish pavilion

The Polish pavilion is a stark contrast to the aforementioned installations, but deserves equal accolades. A joint effort between artist Katarzyna Krakowiak and curator Michal Libera, the concept was hailed as a “raw diamond” by jury member Marcin Szczelina. The interior of the pavilion is nearly empty, allowing visitors to experience the sound of architecture as the structure amplifies and distorts the sounds created in nearby national pavilions and the Giardini gardens.