A Cliff-Top House in Norway
The clean lines and textured surfaces of Schjelderup Trondahl Architects’ house on the outskirts of Oslo evoke the rustic simplicity of the region's rocky terrain. 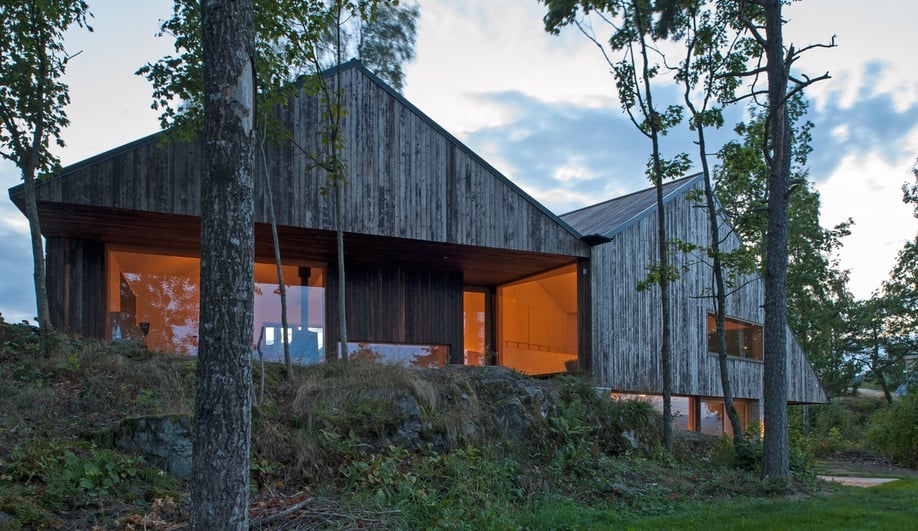 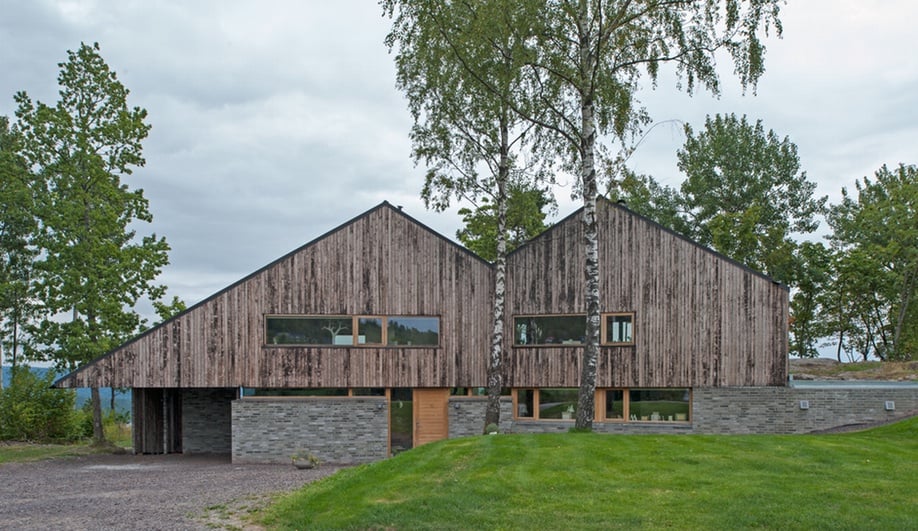 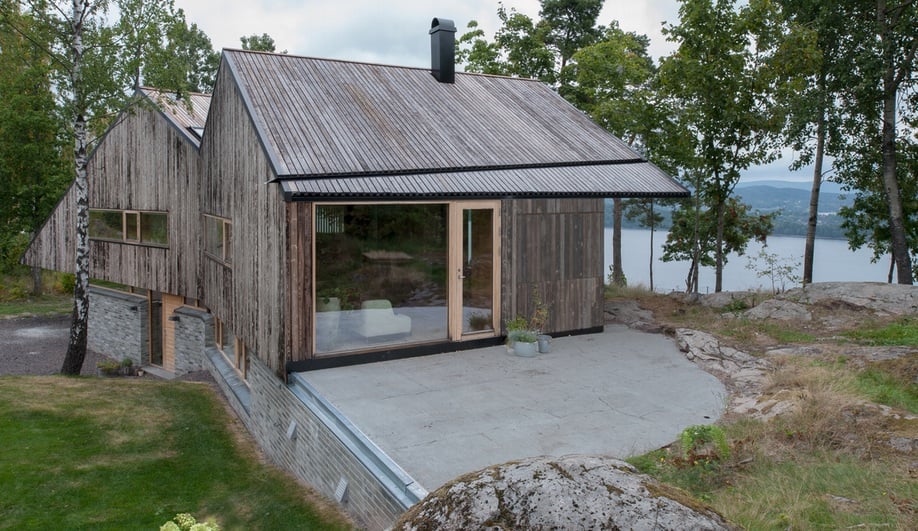 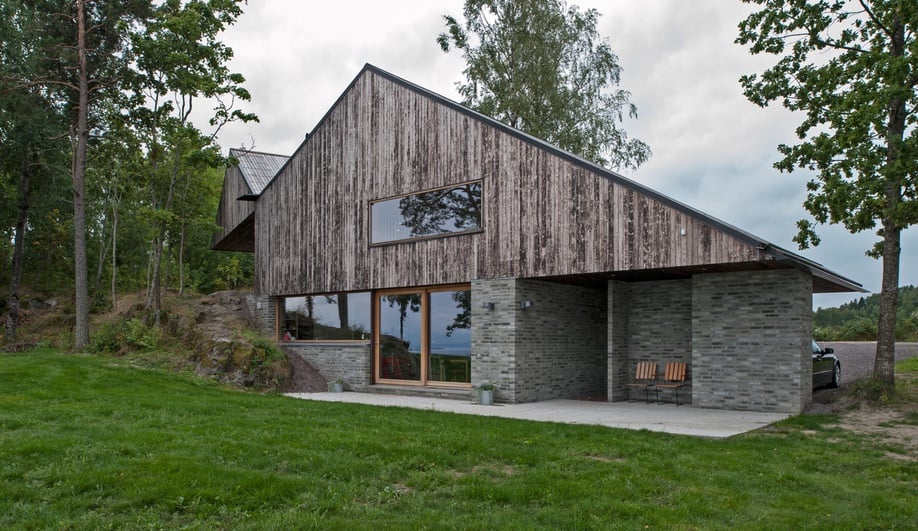 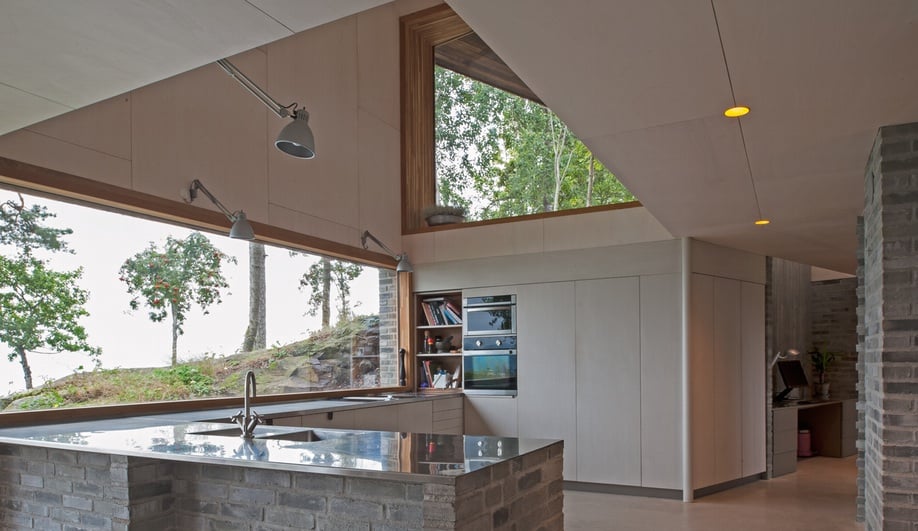 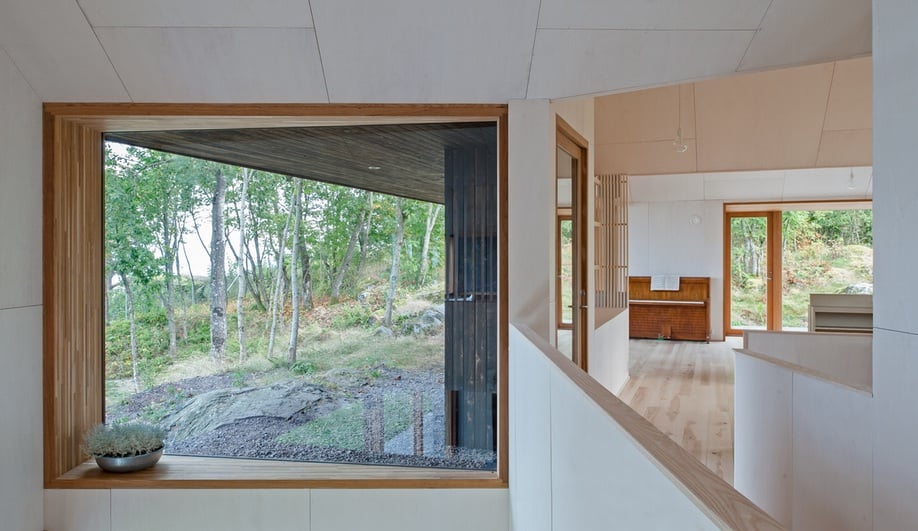 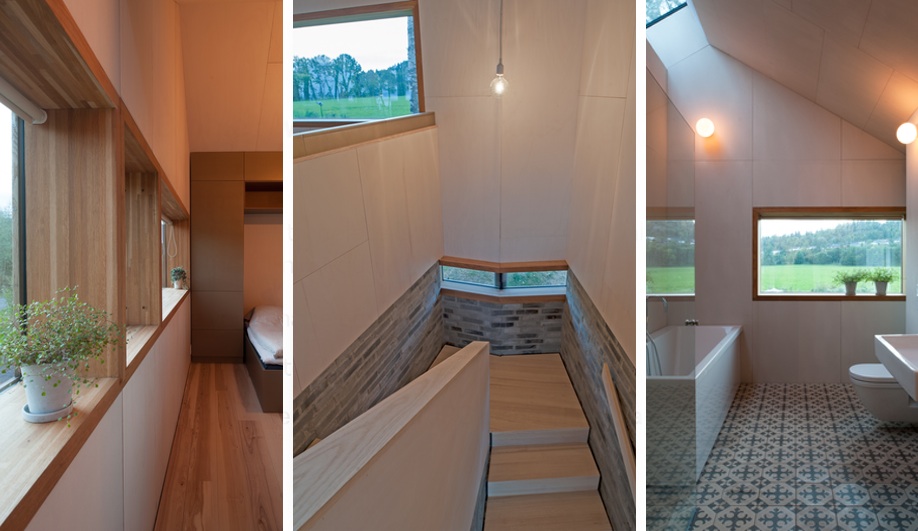 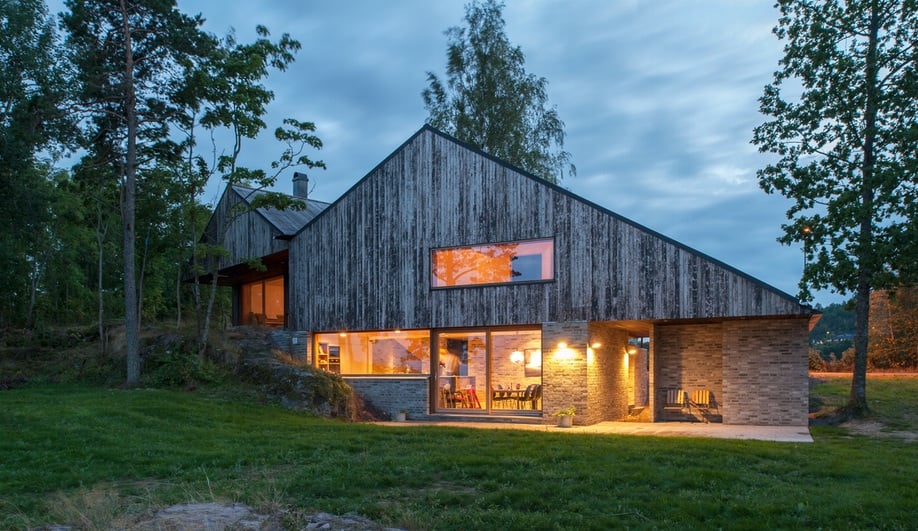 From its cliff-top site overlooking Holmestrand’s industrial docklands and the fjords below, the blocky sections of Schelderup Trondahl Architects’ House Off/Ramberg relate to the surroundings – and to each other – with surprising agility.

The 273-square-metre residence can be imagined as distinct halves in two different ways. Horizontally, the house is split between the heavy first storey – anchored by its concrete floors and clad inside and out with mottled stone tiles – and a lighter upper storey defined by wood. Outside, the second-storey walls, roofs and the ceilings of the overhanging cantilevers are clad in burnt and brushed heartwood fir, a Norwegian take on the traditional Japanese craft of Shou-Sugi-Ban, which will continue to weather to a silvery grey as the home ages. The material contrast continues inside via second-storey walls and ceilings clad in white oiled poplar plywood, and floors finished in white ash.

House Off/Ramberg’s second division is spatial. The north and south halves of the house, each defined by its own massive gable, are angled 22 degrees relative one another, forming a vertical seam that runs the entire height of the structure. This is most visible from the central staircase, whose treads converge at an angled landing where the two volumes meet. The house’s halves are bent relative one another to make the most of the site’s diverging cliff-top views, while allowing each half to nestle into the landscape. The south volume, which houses the carport, kitchen and dining areas, rests on a flat surface suited to the driveway and back patio, while the north volume rises up an undulating lawn to meet a rocky outcropping where a concrete deck sits level with the second floor.

Although the walls facing the road hold their share of windows, the western facade – with views overlooking the 120-metre-tall bluff – features the massive plate glass windows that offer the home’s most spectacular panoramic views. The architects’ goal with these strategically placed portals was “to refine the views rather than exposing everything everywhere – switching between distant and close views, glimpses and different sources of light and reflections.”