A Trippy Dutch Shop Selling Cannabis
In the Netherlands, where marijuana is legal for personal use, designer Maurice Mentjens is creating some of the most stimulating environments for procuring and partaking. 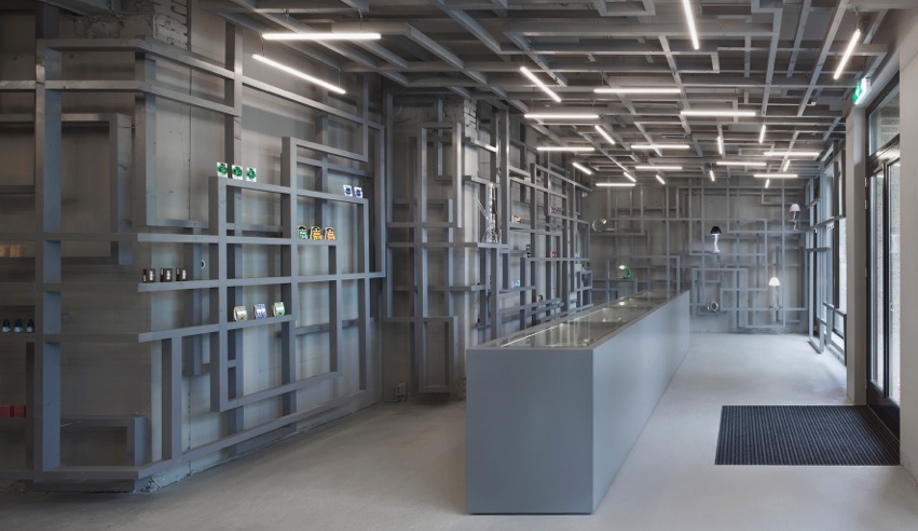 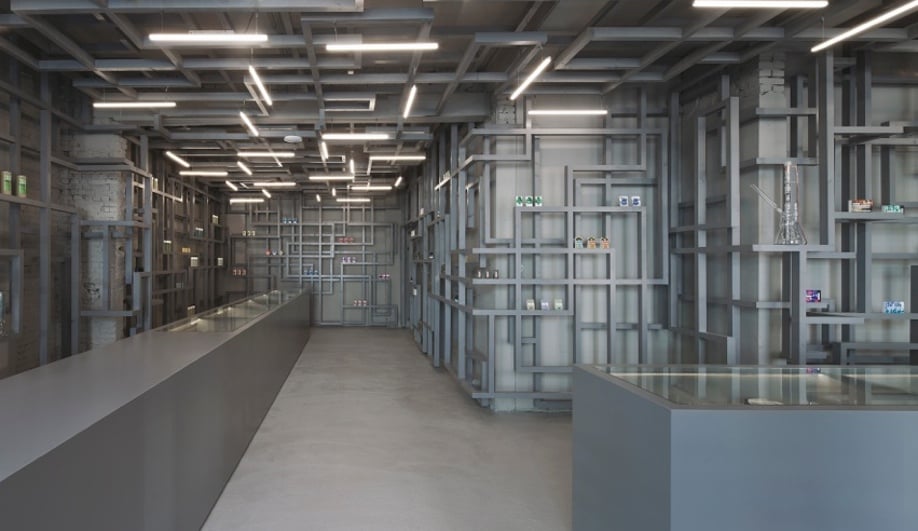 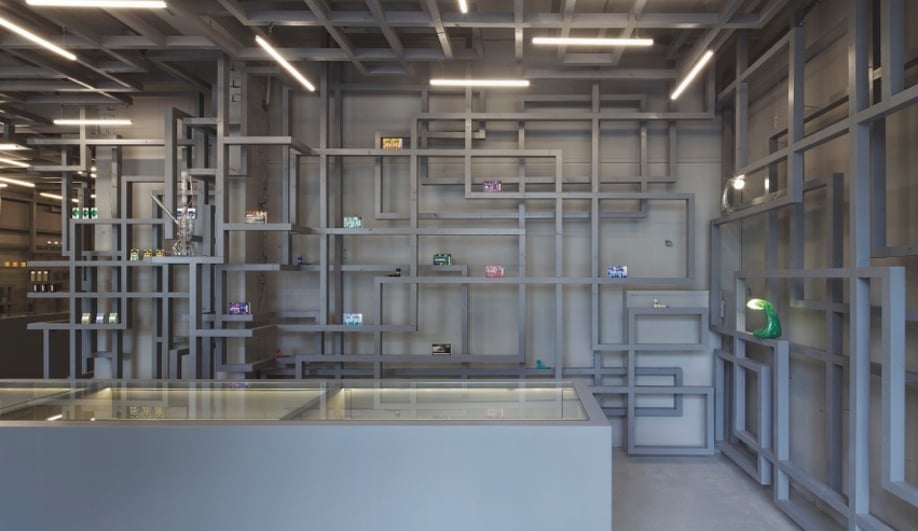 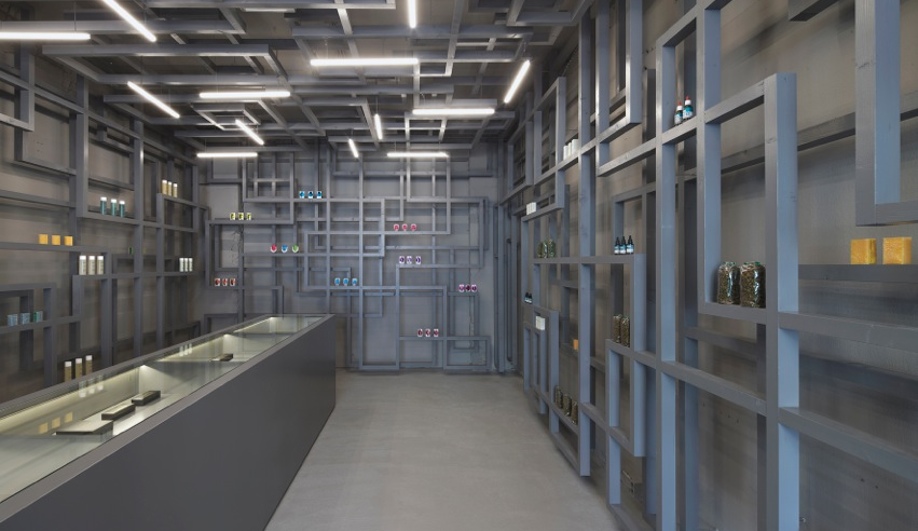 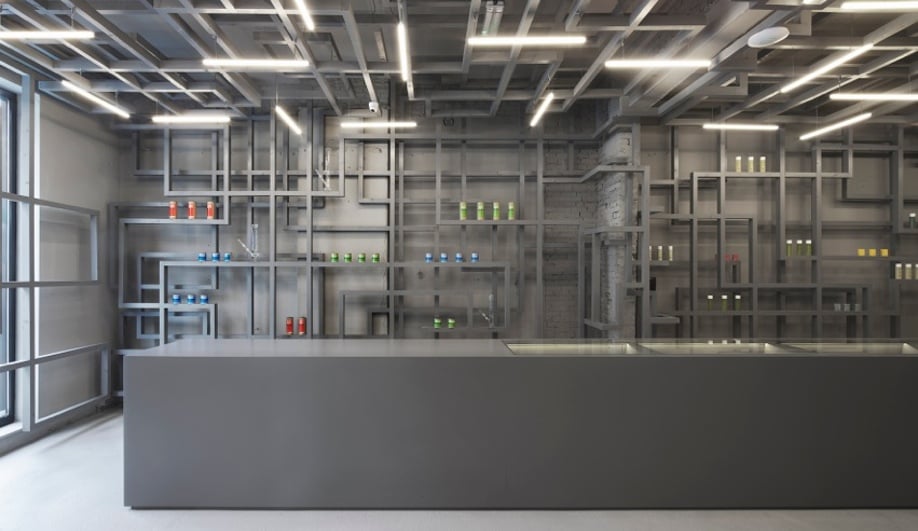 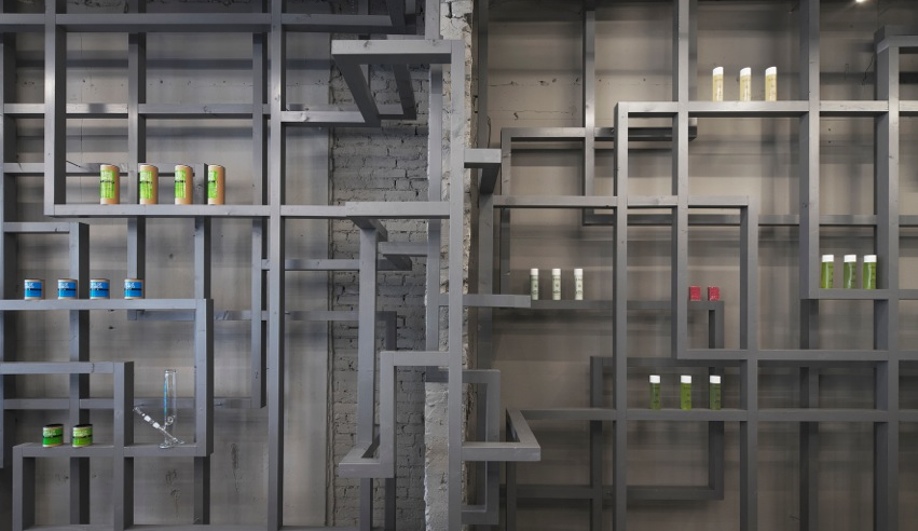 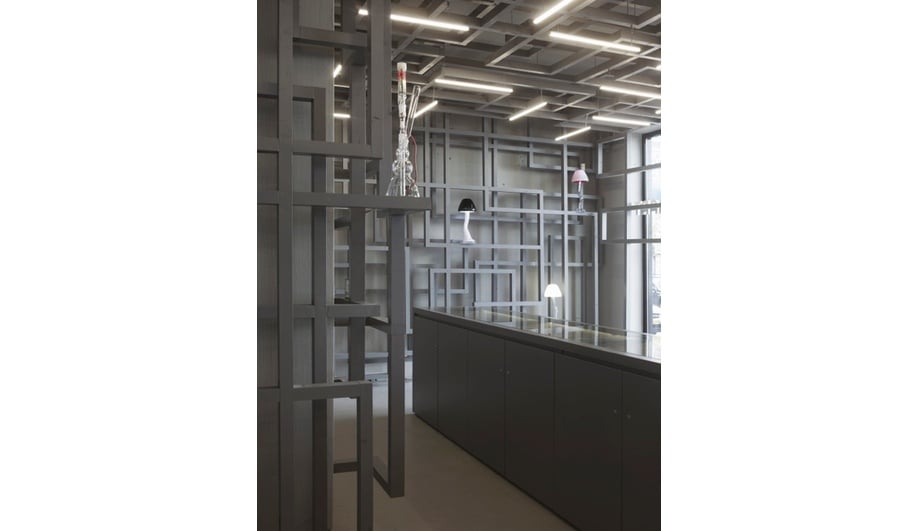 House of Smart, a new drug store in Eindhoven, doesn’t dispense your typical prescriptions. Like other so-called smart shops, it sells cannabis in a country where weed is legal for personal use. And its Tron-like interior, designed by Maurice Mentjens, is inspired by neural pathways and the trippy stream of thought consciousness that can be induced by smoking marijuana. Mentjens is also the brains behind the Skunk and Relax coffeehouse in Sittard, which also serves up soft drugs; and the Sirius smart shops in Maastricht, Roermond and Eindhoven. All of these spaces are as mood-elevating as what they’re selling.

The interior of House of Smart is defined by maze-like structures of 65-millimetre-thick wooden beams painted in a grey monotone; they form display walls for packaged products and criss cross all over the ceiling. LED light rods break up the ceiling at irregular intervals, like neurons speeding through the cortex, while blocky display cases anchor the room and form a counterpoint to the open weave of the wood structures with their sculptural solidity.

While it conjures brain activity, the design also evokes electronic circuitry – a fitting resemblance as the interior was also informed by Eindhoven’s reputation as a centre of innovation. Leading light manufacturer Philips was founded here, and the city’s High Tech Campus is a networking base to 135 international companies, including Intel and Texas Instruments. In 2011, Eindhoven was declared the “world’s smartest region” by the Intelligent Community Forum (ICF).

House of Smart takes up residence in a 20th century building that was renovated by Mentjens and his team and given a new life that is welcoming to the public. Large windows allow passersby a view into the shop. After all, as the store’s owner says, “No secrecy is necessary; rather, we should be more open about it.”