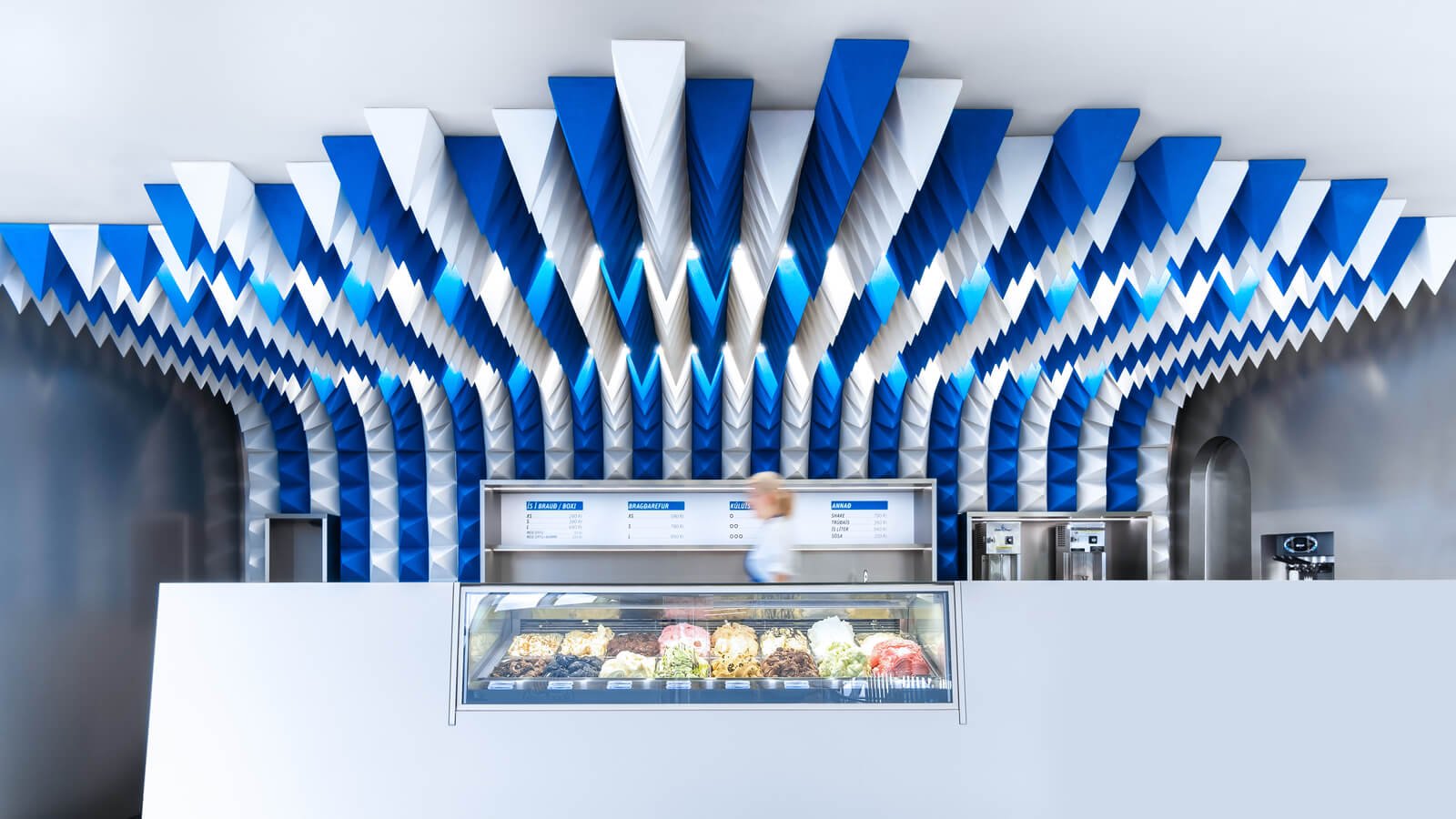 How Glaciers Inspired a Graphic Ice Cream Parlour in Reykjavík

For a new confectionary in one of Iceland’s most popular museums, a bold ceiling treatment by Atelier Tobia Zambotti riffs on local landforms.

From pulsing waterfalls and sprawling glaciers to jet-black beaches, Iceland is known for its unique, almost fantastical landscape. The Perlin Museum — one of the nation’s most visited cultural centres — is dedicated to extolling the rich history of these geological features to locals and visitors alike. For a new ice cream shop in its undulating footprint, the Reykjavik institution tapped local designer Tobia Zambotti and his eponymous practice Atelier Tobia Zambotti to craft a new space evocative of the rugged scenery.

To complete the renovation, aimed at becoming a visitor attraction as well as new beacon in the museum, the designer fittingly took his cues from the country’s distinct environs — particularly the large ice formations found throughout Iceland. The result is a spartan shop described by the designer as a “reimagined glacier,” defined by a single graphic element: a sweeping canopy of white and royal blue acoustic foam pyramids. 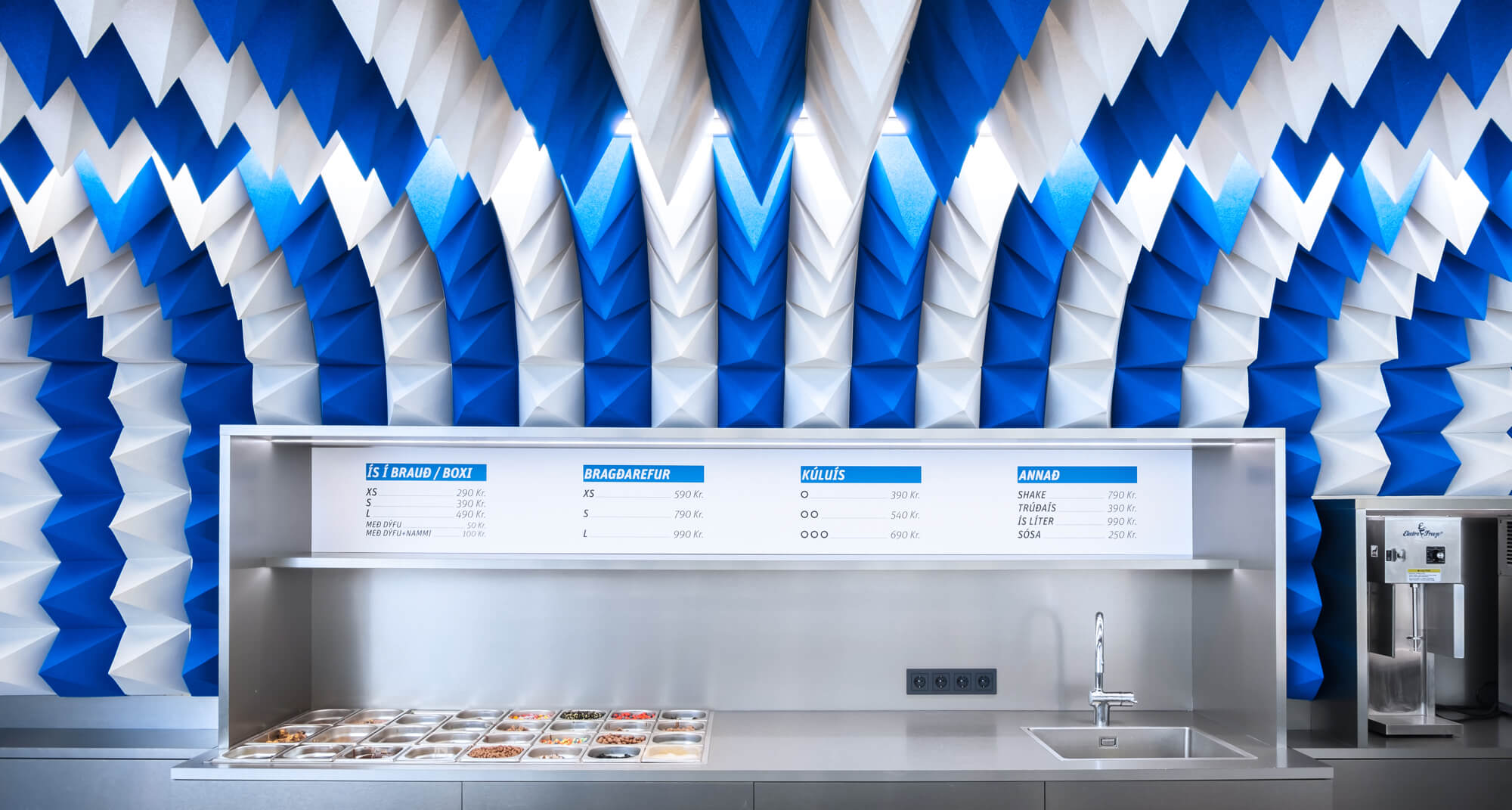 The dramatic feature, which serves to highlight the grand service counter, progresses down the back wall to bisect a back of house ledge containing not only the menu but a small sink and storage compartments for dessert toppings. The “kaleidoscopic composition of shapes and colours,” says Zambotti, “pulls the visitor towards the focal point of the ice cream.” Integrated lighting heightens the drama, making the jagged forms, as with the surrounding landscape the space looks onto, appear almost otherworldly.

The remaining finishes are deliberately restrained to emphasize both the frozen deserts and the distinct treatment. White corian is used for the low slung counter (interrupted by a crisp glass volume displaying the multi-coloured delicacies) while the stainless steel details (such as the rectilinear enclosures that house milkshake makers) and rear workstation reflect the sharp lighting. Together, these elements further emphasize the cool atmosphere of the driving concept.

“Perlan Museum celebrates the beauty and uniqueness of the Icelandic landscape while employing engaging design to convey this to a wide and diverse audience,” concludes Zambotti. “The Perlan Ice Cream parlour embraces this approach by marrying bold contemporary design with ideas and features from the landscape it is there to support.”

For a new confectionary in one of Iceland’s most popular museums, a bold ceiling treatment by Atelier Tobia Zambotti riffs on local landforms.