I-Kanda’s Cabin On A Rock Is Exactly What It Sounds Like
Tucked away in the White Mountains of New Hampshire, I-Kanda's Cabin on a Rock was shaped by a series of challenges. 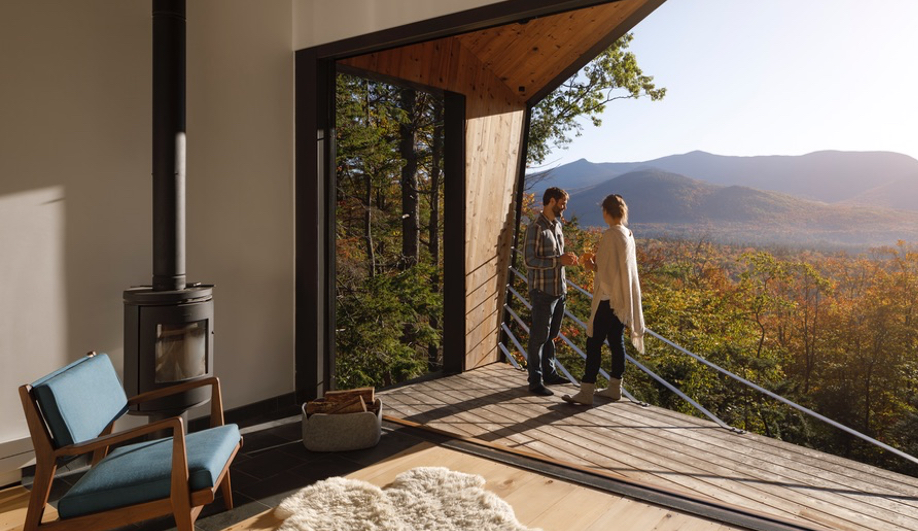 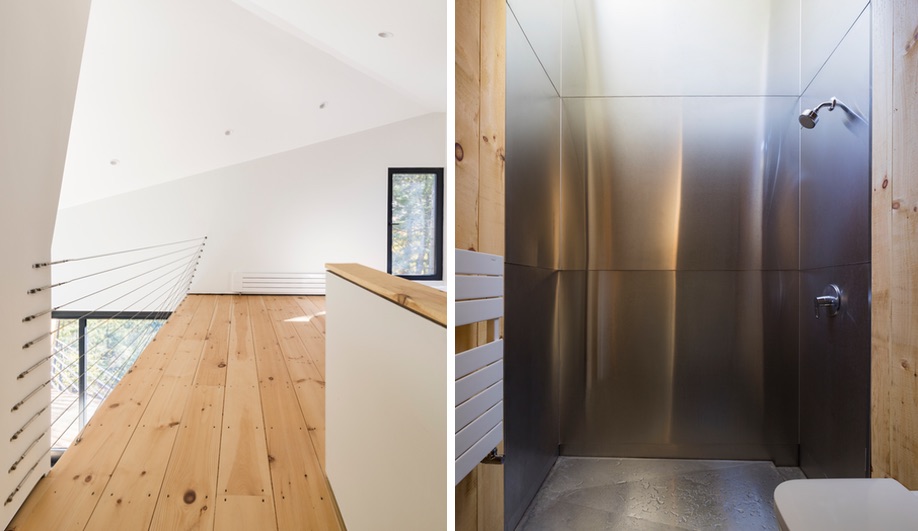 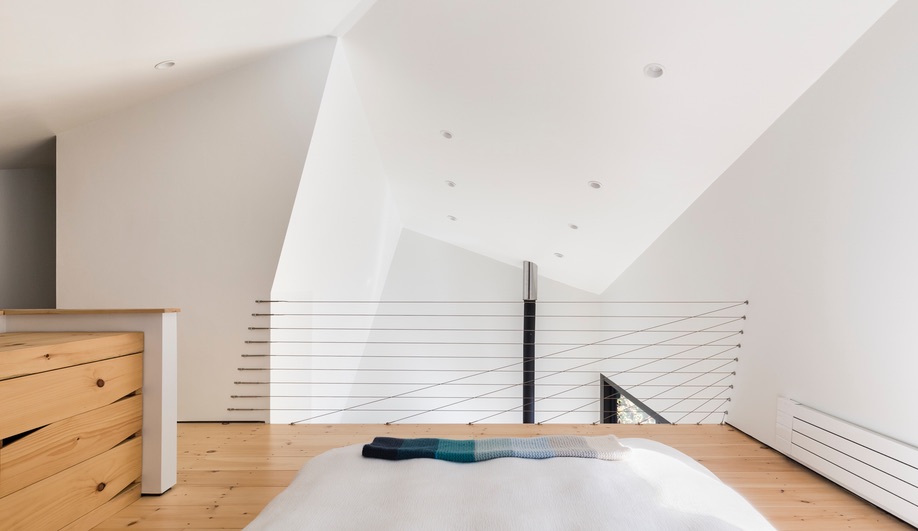 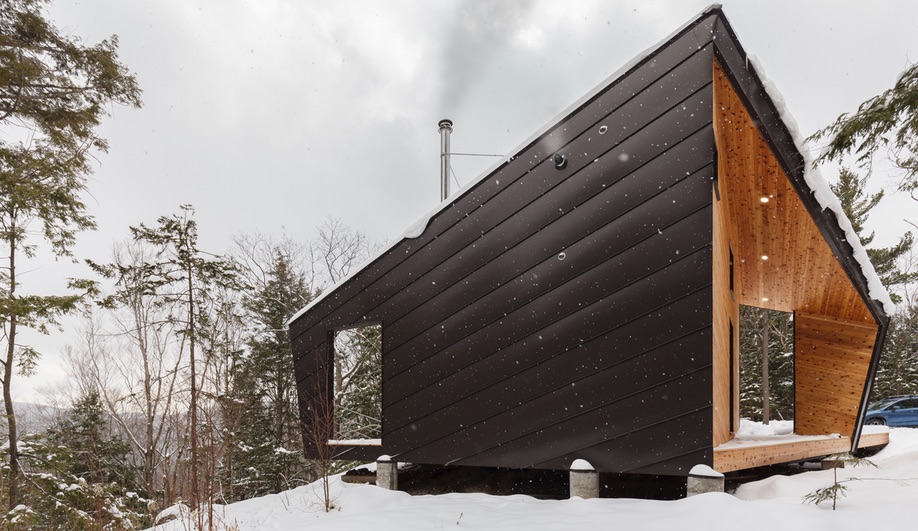 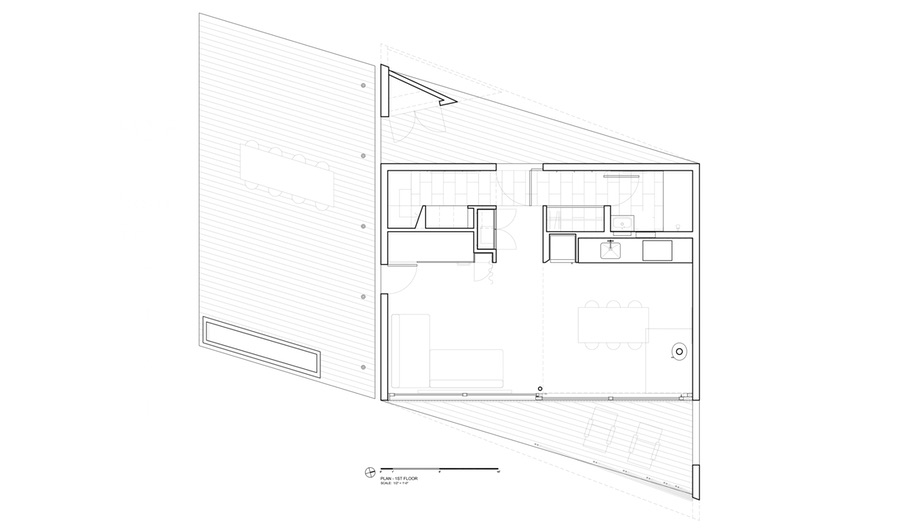 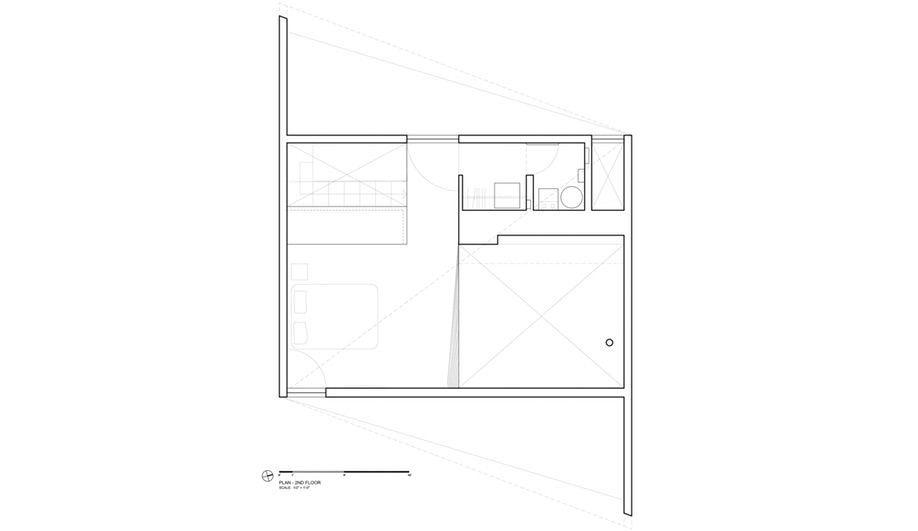 Boston firm I-Kanda had to build a lot of flexibility into the design of this custom prefab, planted on a rugged site in New Hampshire’s White Mountains. First there was the treacherous landscape of the building lot – which is dominated by a massive chunk of granite – to maneuver around. And then there was the rapidly changing needs of the client: as the design was refined, the young couple who the cabin was originally intended for became a family of three. And then four. 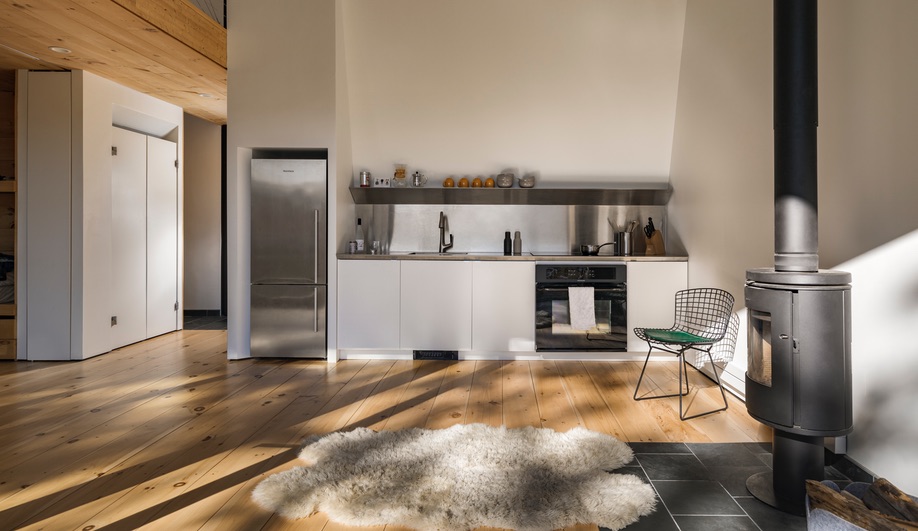 As the project morphed from back-to-basics retreat for a Brooklyn-based couple to a more comfortable all-season family getaway, architect Isamu Kanda found inspiration in the necessity of going with the flow. He decided to take advantage of the best views the site had to offer, despite the rocky bed that lay in the way. And rather than blasting the granite into submission, he decided to build right on top of it. 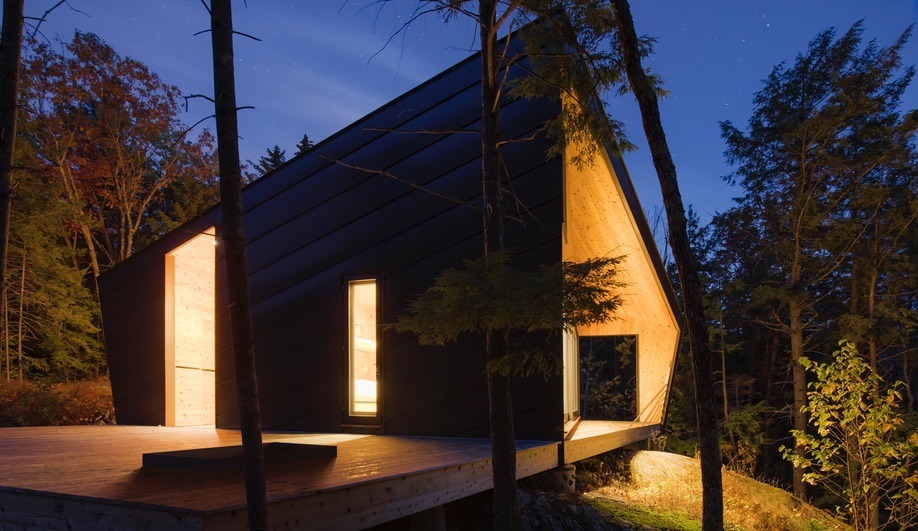 A series of nine hand-poured concrete footings allows the structure to hover over the ground, cantilevering dramatically over the rock’s ledge. The geometric volume that sits atop these feet is defined by a series of architectural twists inspired by the various curveballs dealt to the designer. What started as a basic pitched roof house form was stretched upwards, to allow for a sleeping loft for the children.

Next, a slight rotation of the roof’s ridge permits the sweeping views to be appreciated from the loft, as well as from the main floor. Finally the floor plan was skewed sideways, with the façade pushing back to align with the rock, while the path between the original position and the new angle became a terrace, wrapped on three sides, including overhead with the roof. The effect is repeated on the building’s opposite side. 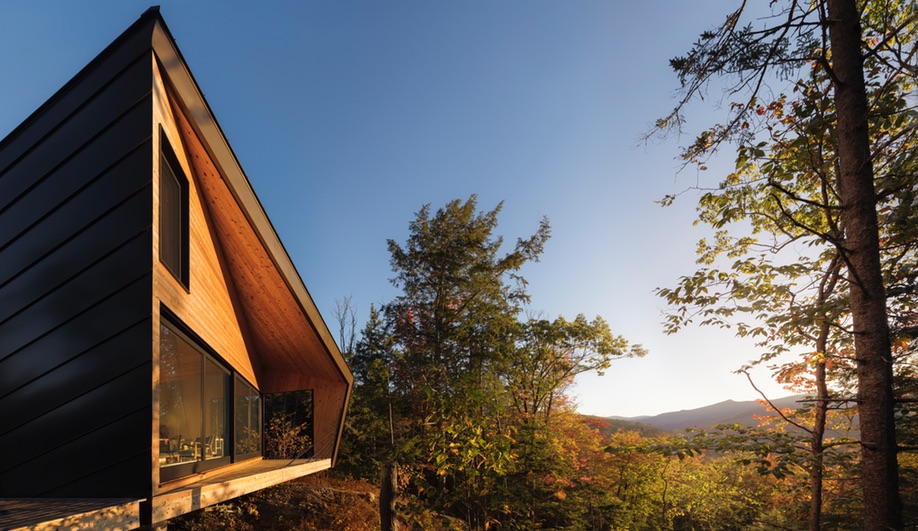 The multifaceted geometry is accentuated by the exterior materials – matte black metal siding that extends over the roof and contrasting wood which lines the enclosed outdoor spaces at either end of the cabin. 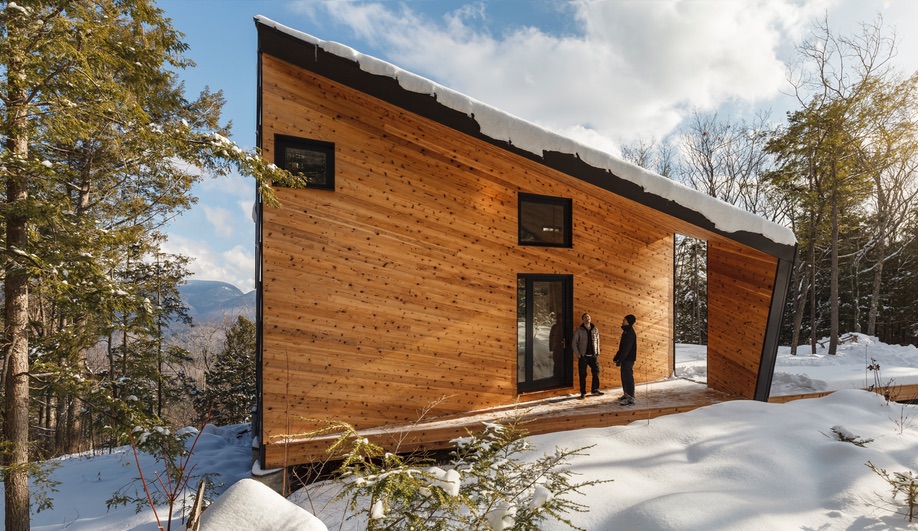 In an effort to simplify building on the challenging mountainside site, the framing was prefabricated off-site, which also helped reduce the construction time and impact on the site, which would have been more significant with a larger crew spending more hours and using more equipment on site. 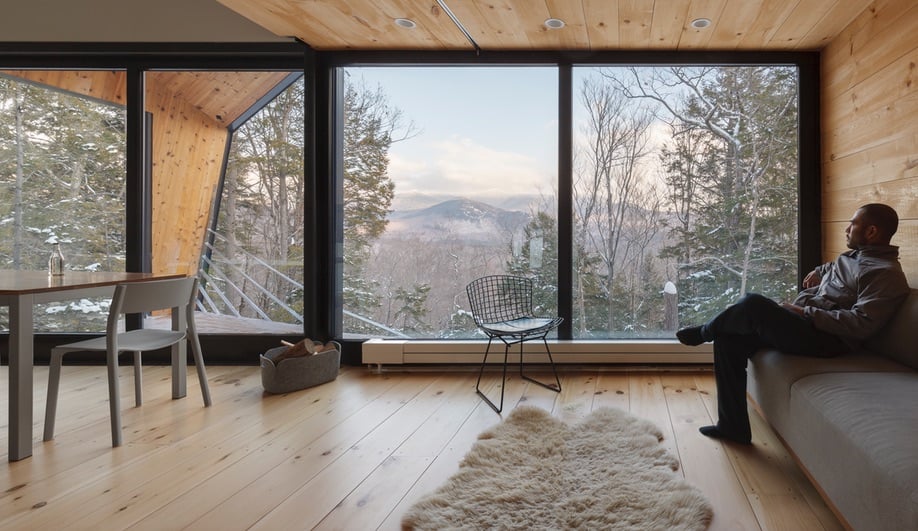 It was also decided to fell as few trees as possible, with only a handful taken down to open up the view from inside. The 900-square-foot interior is minimal, with a main living space that feel like a giant viewfinder, dominated by a 24-foot-long wall of windows that overlooks a swooping treeline as it ascends to reveal a spectacular view of the valleys and ranges beyond.