IDS Vancouver 2016: What We Saw and Loved
At IDS Vancouver, the west coast take on the Interior Design Show, local talent was out in full force. From stellar woodcraft, to unexpected elements like jewelry, the region's best held their own to stand should to shoulder with international design brands like Tom Dixon and Jan Kath. 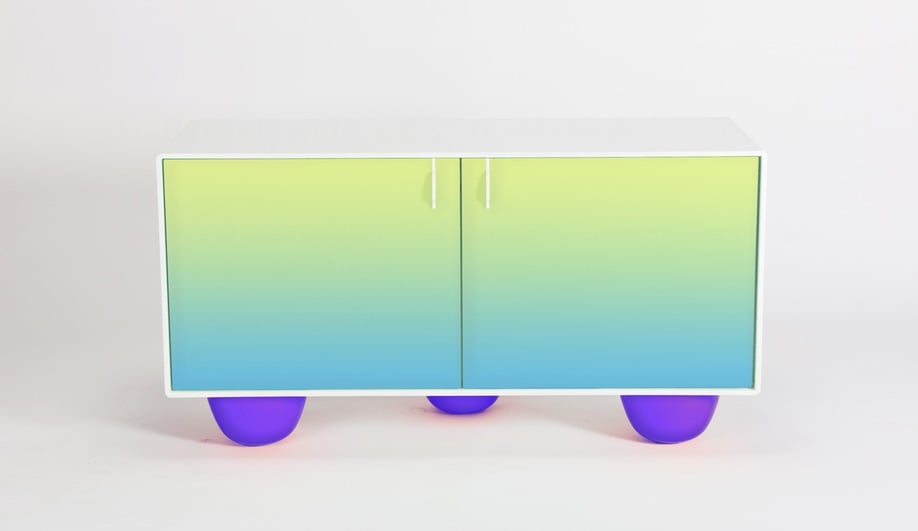 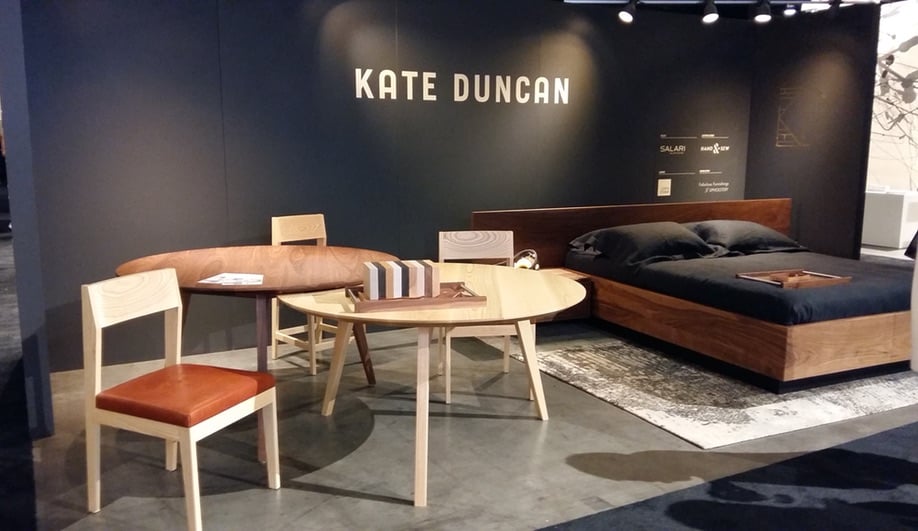 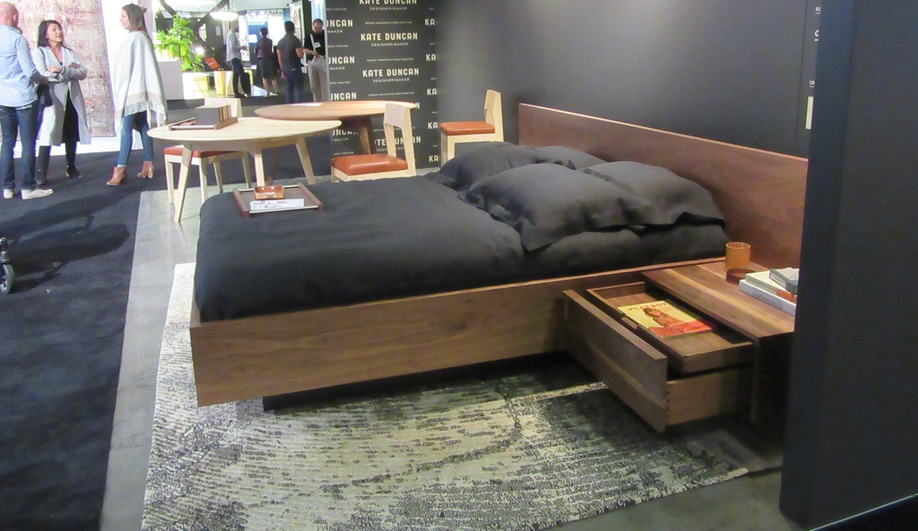 1 Kate Duncan
The local woodworker combines Danish modern vibes with Japanese influences in her sleek furniture and accessories, such as this black walnut bed with a built-in headboard and bedside tables with a hidden drawer for stashing more intimate objects. She also showed off a set of nested tables, dubbed Nicole, and the leather-seated Shelley dining chairs. Be sure to keep an eye out for Duncan’s new Vancouver showroom, launching November 24 in Gastown. 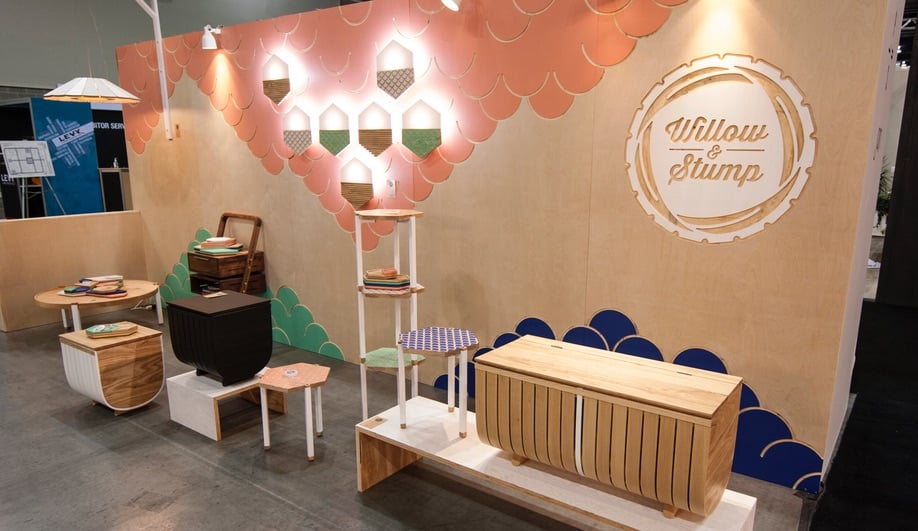 2 Willow & Stump
You may remember Kalyca Ryan and Bram Sawatzky’s Fluyt bench from IIDEXCanada’s Woodshop feature last year, in Toronto. For this hometown expo, the duo launched a smaller size of the ash wood bench, which still packs in plenty of storage space. They also debuted the colourful Axios series of small objects, including a modular stool/shelf system, geometric trays, and wall-mount lighting in wood and ultra thin panels of Corian. 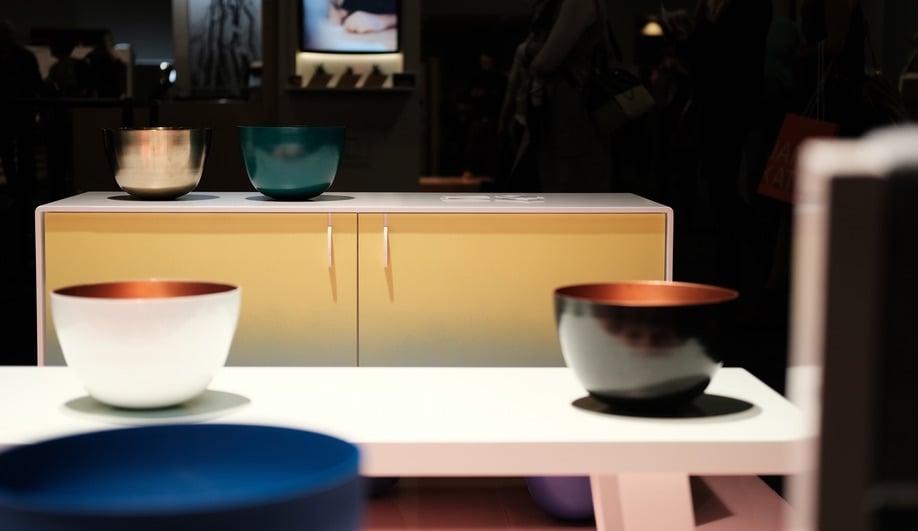 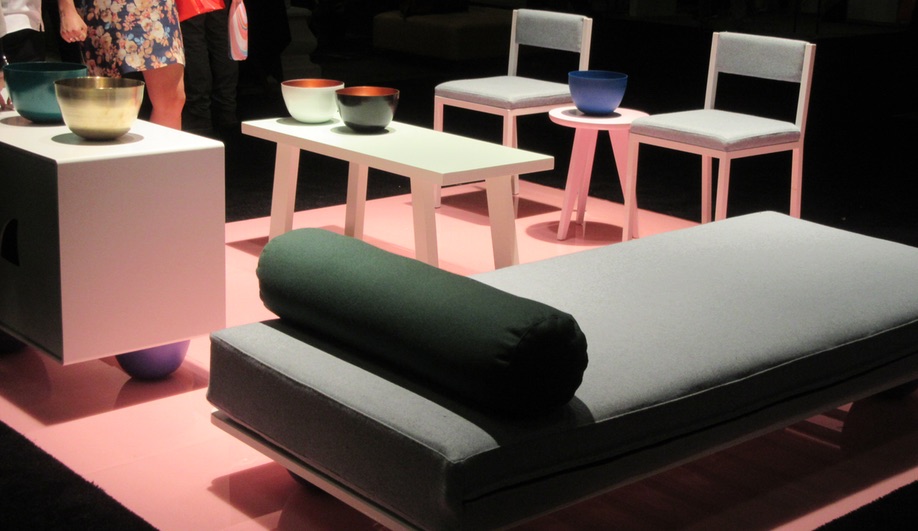 3 Ben Barber
Many pieces that Ben Barber launched earlier this year during New York Design Week appeared in new candy-coloured shades at IDS Vancouver. The local designer’s Fin credenza now features a front in a blue-green-yellow gradient, and is joined by other MDF pieces in pale pastels, as well as chairs and a daybed upholstered in soft wool felt. Each bolt of the 100 per cent Laneve wool Barber uses can be traced back to the individual sheep farm in New Zealand from where it came. 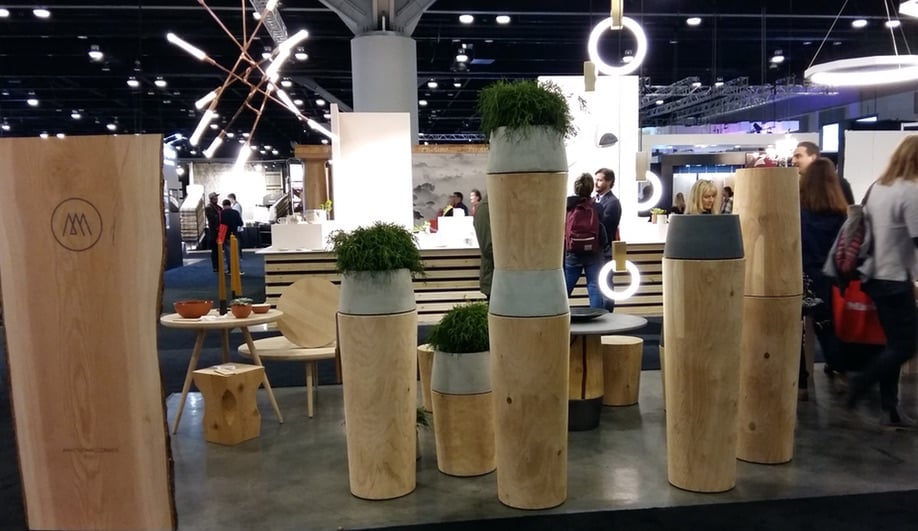 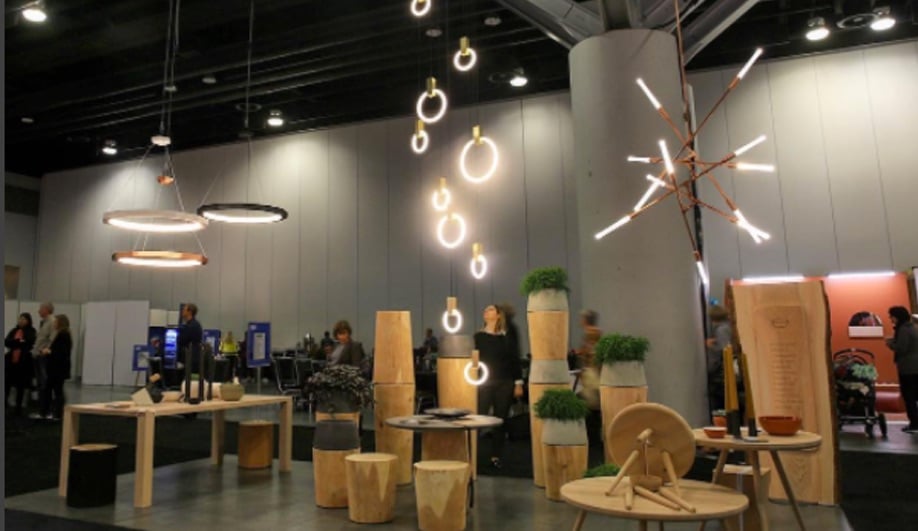 4 Matthew McCormick, Barter, and Lock and Mortice
Along with a plenitude of beautiful craftsmanship, the Vancouver design community proudly exhibited its collaborative and supportive spirit. A perfect example was this booth, where three studios teamed up to show off lighting, ceramics, wood furniture and accessories. 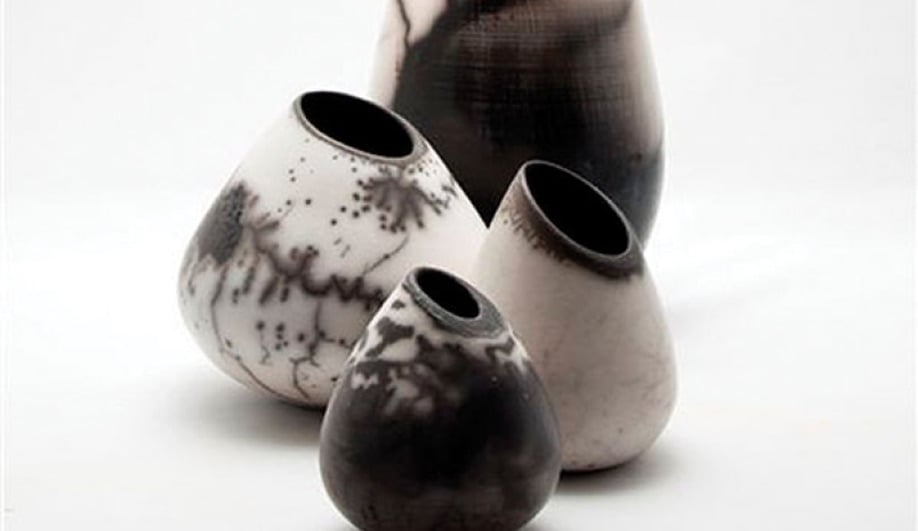 5 Kathleen Tennock
The Whistler, B.C. ceramicist uses a smoke-firing technique to achieve the black and white patterns that characterize her distinctive pottery. Her “naked raku process” sees each piece come of the kiln red hot, and variations in the glazing ensure that it’s unique, with a raw surface that evokes natural stone. 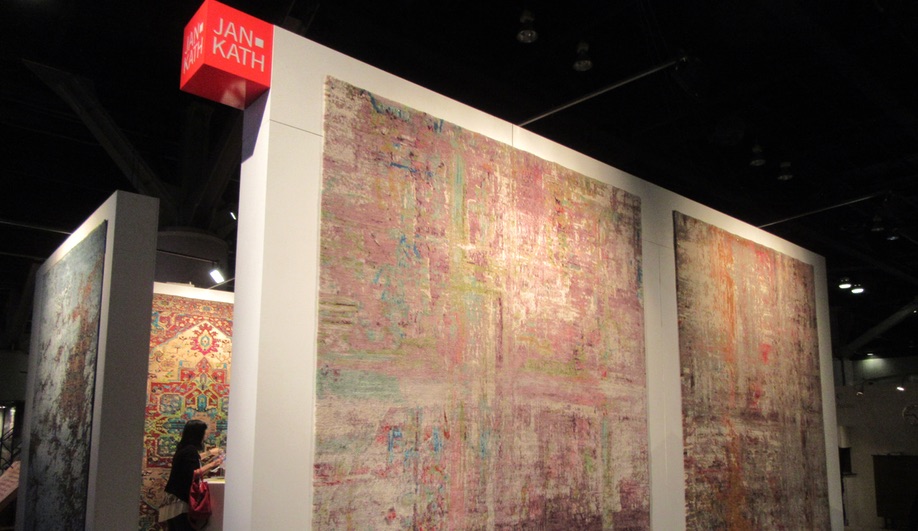 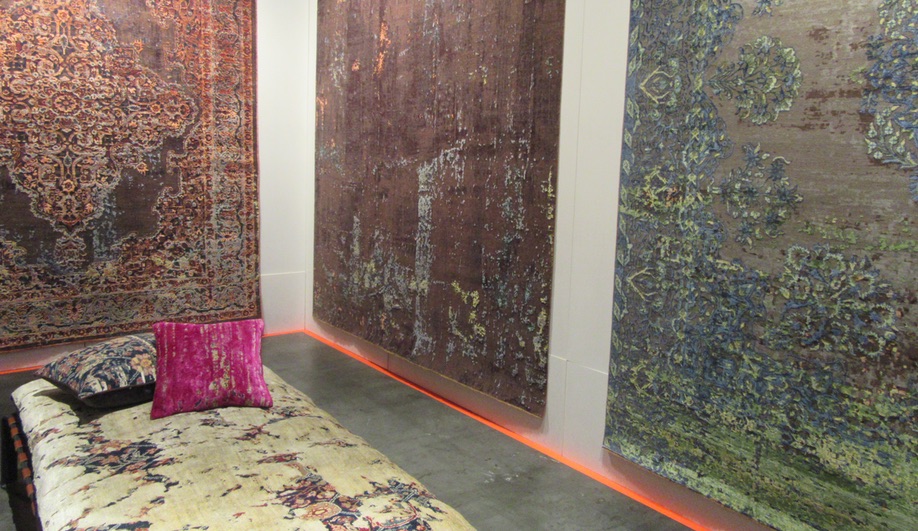 6 Jan Kath
The German designer’s carpets are always a highlight at any show. For IDS Vancouver the booth was ensconced in pieces from the Erased Heritage collection, which features distressed motifs representing traditional rug patterns from different cultures around the world. 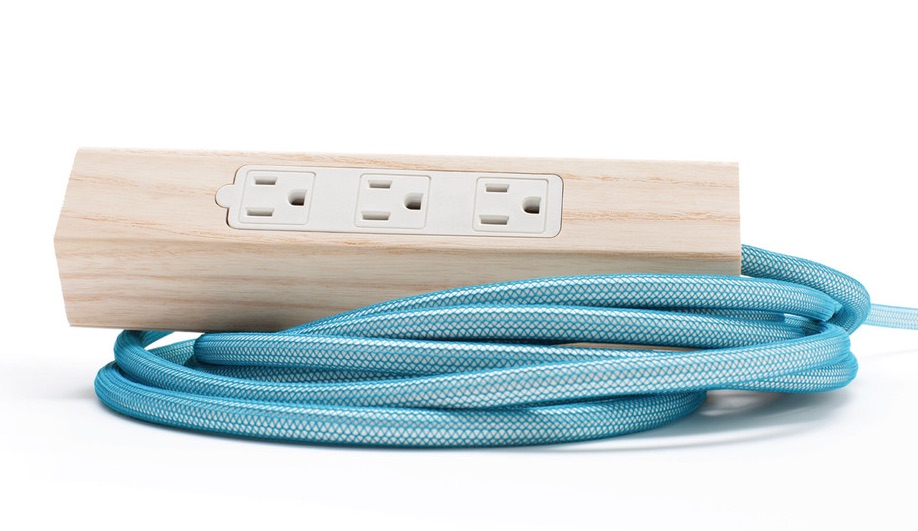 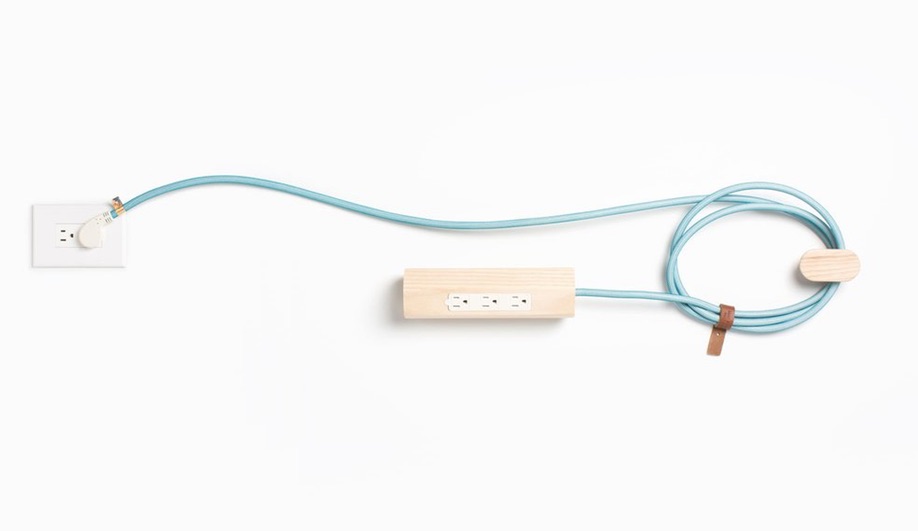 7 Most Modest
The San Francisco studio makes a simple, yet brilliant product with Nika, a wooden power bar. Paired with a colourful cord, the utilitarian necessity becomes an attractive accessory. 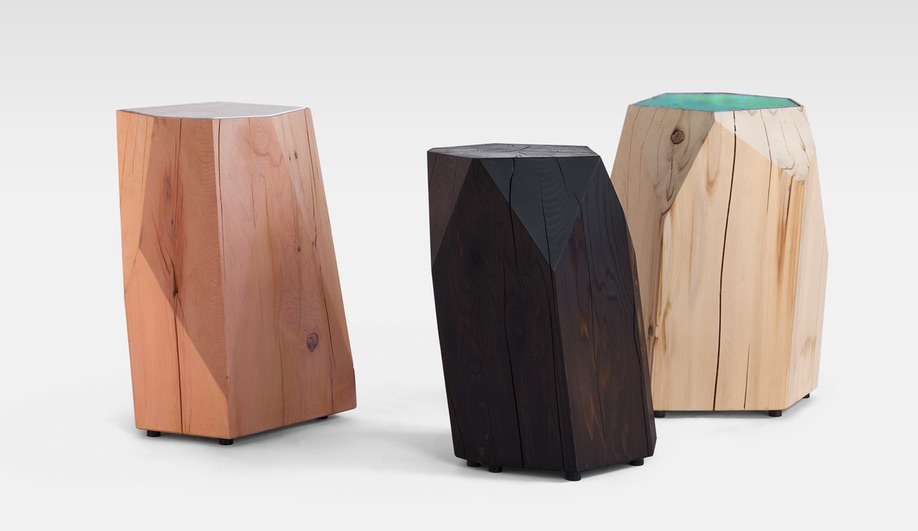 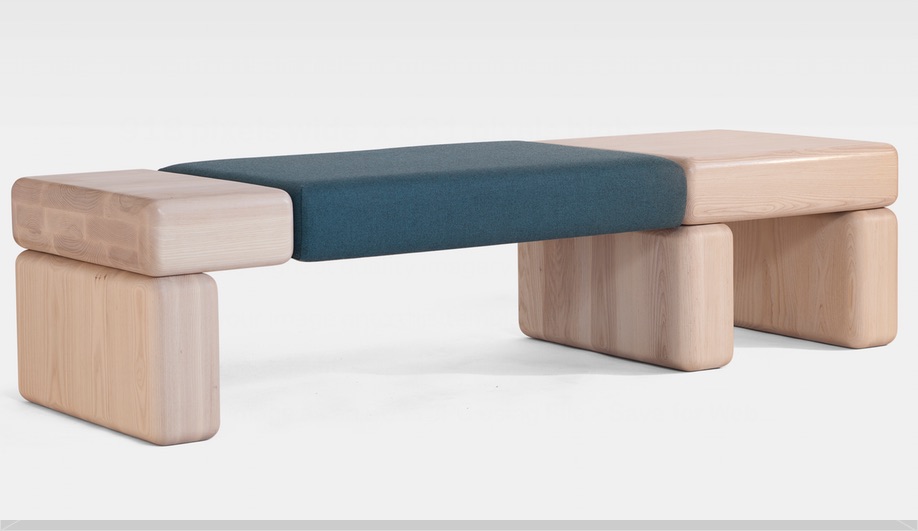 8 Hinterland
Riley McFerrin grabbed attention with his geometric side tables; Little Gems are cut from Western red or yellow cedar logs and can be fitted with top inserts in glass, metal and even stone. His Pillow bench in solid white ash features a wool-upholstered cushion. 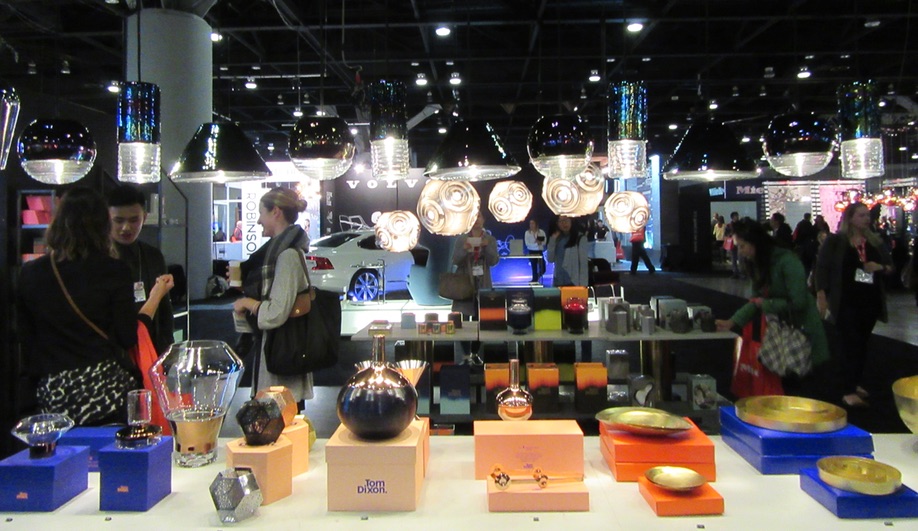 9 Tom Dixon
The British designer was ubiquitous; in addition to delivering a keynote and hosting a pop-up shop, he also displayed his Fire Kitchen, and a scaled down version of his Ice Kitchen. The spaces added up to a massive expanse at the heart of the floor, that was lit by a variety of his stunning pendants, including Melt, in copper red glass, and Flask Oil. 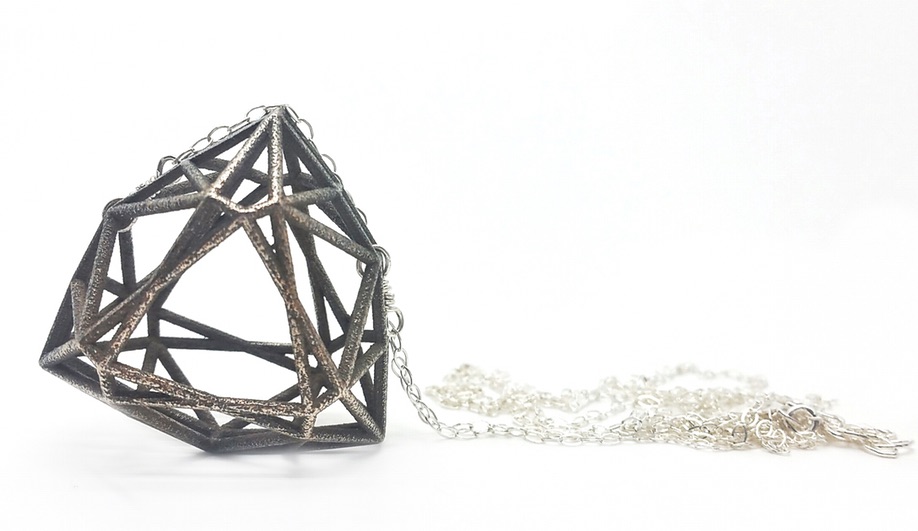 10 Lana Betty
Exhibiting in the shopping haven of the district, the local jewelry designer combines traditional craft with cutting-edge technology. Endeavouring to create architectural jewelry, Betty’s pendants feature geometric forms, 3D-printed in traditional materials such as sterling silver, as well as brass and raw steel.
SHARE
Twitter, Facebook, LinkedIn, Pinterest, Email
TAGS
Event, Furniture,
We rely on advertising revenue to support the creative content on our site. Please consider whitelisting our site in your settings, or pausing your adblocker while stopping by.