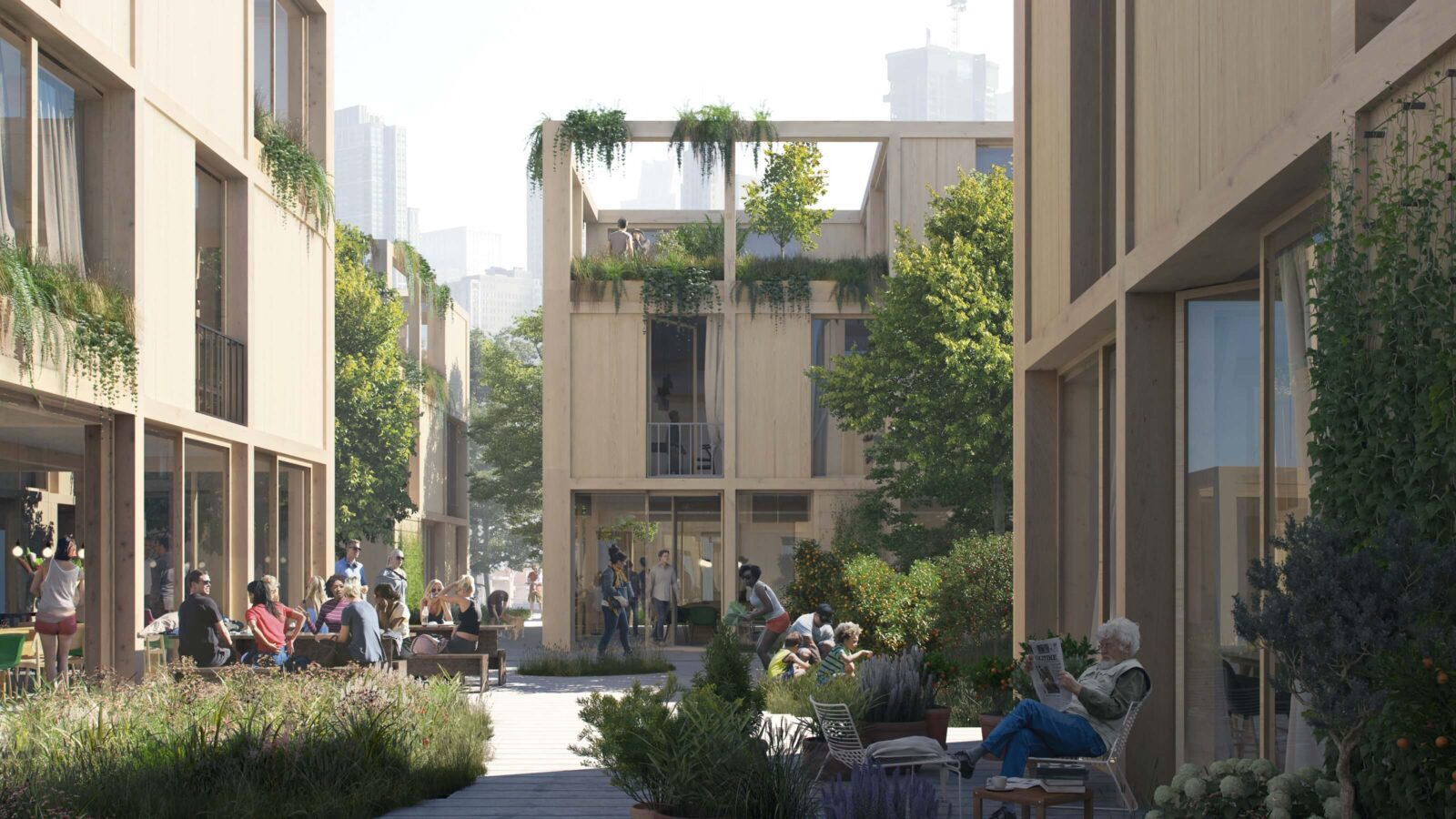 With the RÅVAROR furniture collection and the Urban Village Project, IKEA looks to tackle the transient realities of urban life.

In 1956, IKEA as we know it was born. When one of the company’s designers sawed off the legs from a LÖVET table to fit it into his car, the act of frustration inadvertently sparked IKEA’s flat pack revolution. The Swedish company – then a traditional furniture manufacturer – turned into a global force. Over 60 years later, IKEA is pushing its transformative paradigm further. With a design predicated on continuous disassembly and repacking, its new foldable furniture collection adds another step to the flat pack system, while a much more ambitious conceptual project builds on the company’s principles in an attempt to reshape the fabric of urban life.

The furniture is the simple part. With the upcoming RÅVAROR collection, easy re-assembly of furniture is tailored to increasingly transient lifestyles. Set to launch in late 2020, the furniture series “will include 20 products, such as a daybed and sofa, tables, a mini kitchen, open storage solutions on castors, storage boxes, textile and lighting,” according to IKEA’s press release.

The collection’s flexibility hinges on the dual function of its metal shelving unit, which doubles as a wheeled container for the remaining furniture. While the couch – which combines soft foldable cushions with a simple wood base – is designed to be easily re-assembled, the remaining items are small enough to fit directly into the shelf.

“Our starting point and creative idea was the reality of urban life. We asked ourselves; what is needed to turn a small space, such as 12 square metres, into a home? And what is needed to create that homey feeling even though you might be moving on to a new place soon?,” says Viveca Olsson, a Creative Leader at IKEA Sweden.

Just as the flat pack revolution of the mid 20th century reflected the era’s automobile-driven model of suburban consumerism, the RÅVAROR collection responds to profound shifts in 21st century urban living patterns. “Approximately an extra 1.5 million people join the urban population every week,” IKEA’s release notes. “Living spaces are shrinking and for many people the concept of home is no longer a geographical constant; it’s a space that’s here today, and maybe somewhere else tomorrow.” 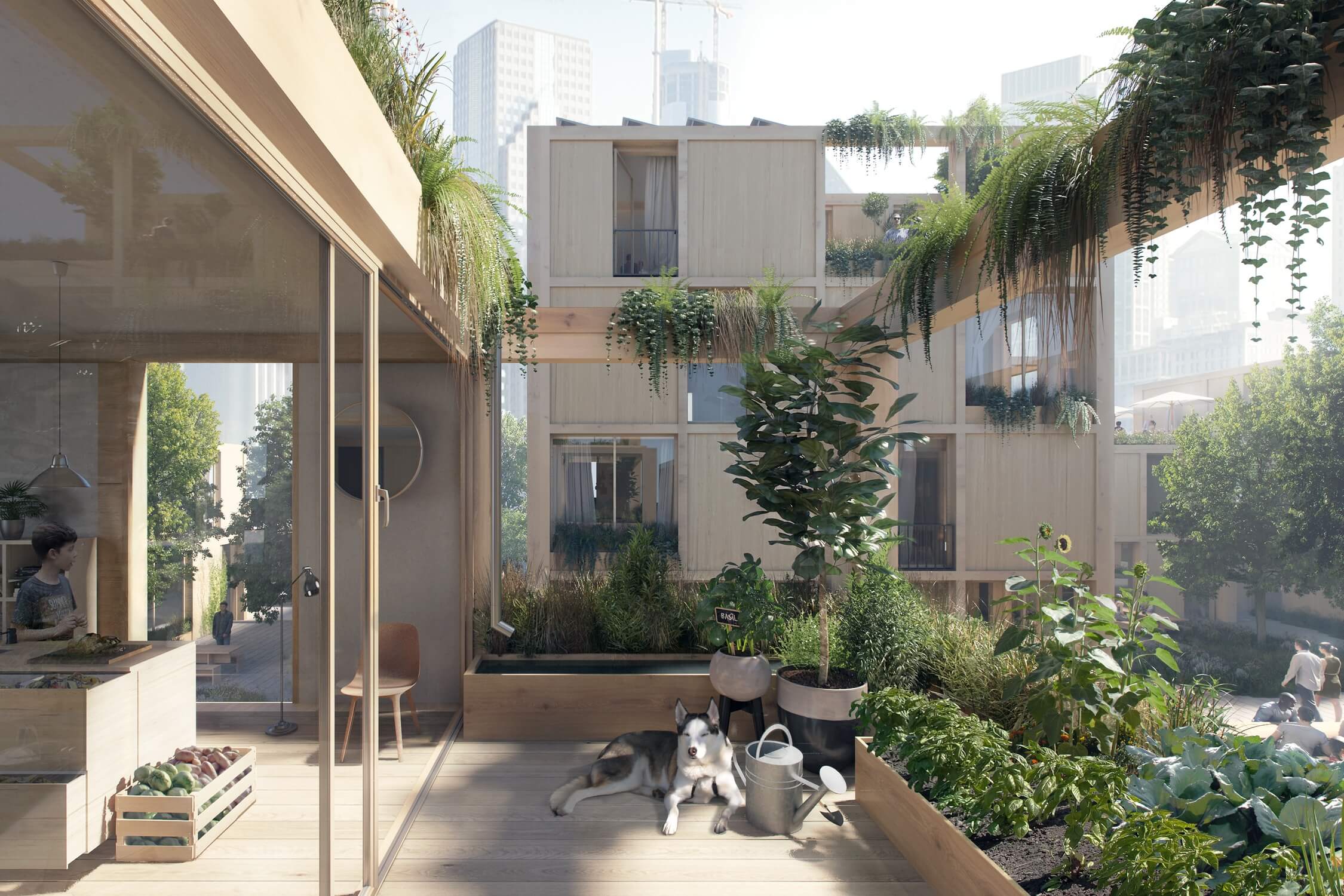 It’s a sobering vision for selling furniture. Despite Olsson’s optimism, IKEA’s vision of a precarious lifestyle feels more utilitarian than aspirational, and RÅVAROR fails to match its welcome ingenuity with a sense of homey comfort. Conversely, the company’s more ambitious Urban Village Project tackles the shifting realities of urban living on a much larger scale – and with much greater optimism.

Developed in collaboration by EFFEKT Architects and IKEA’S research and design lab Space10, the Urban Village Project transposes the notion of flexible re-assembly across a much larger scale. The project responds to the challenges of fast-paced global urbanization with a modular housing system that aims to foster cross-generational living and tight-knit community bonds.

A grid of cross-laminated timber structures serve as the building blocks for the community. Measuring 36 square metres, each of the modules can be used to form a complete single-person home, or part of any number of larger residences. As demographics change, so can the homes, expanding and contracting as needs evolve. For couples and young families, the flexibility allows for the creation of larger spaces, and for retirees, a downsized residence facilitates aging in place while maintaining community ties.

Timber construction offers an inexpensive, renewable and – relatively speaking – low-carbon alternative to concrete, with the material flexibility to suit a wide variety of urban contexts, ranging from high-rise towers to modest infill density.

Ikea Debuts a Collection by African Designers
Debuting this week at Design Indaba and launching in Ikea stores in May, the Överallt collection of furniture, textiles and glassware is a vibrant collaboration among Ikea talents and 10 African designers.
Read More

Like RÅVAROR, the Urban Village Project is a strong reflection of its time. Indeed, the two projects share acute similarities, responding to the same urban realities at vastly different scales. Nonetheless, the goals of the two concepts crucially differ. Where the RÅVAROR collection offers an immediate – and necessary – short-term solution to housing needs, the far-sighted optimism of the Urban Village Project evokes the sort of grounded, stable lifestyles where the couch stays in the living room.

With the RÅVAROR furniture collection and the Urban Village Project, IKEA looks to tackle the transient realities of urban life.