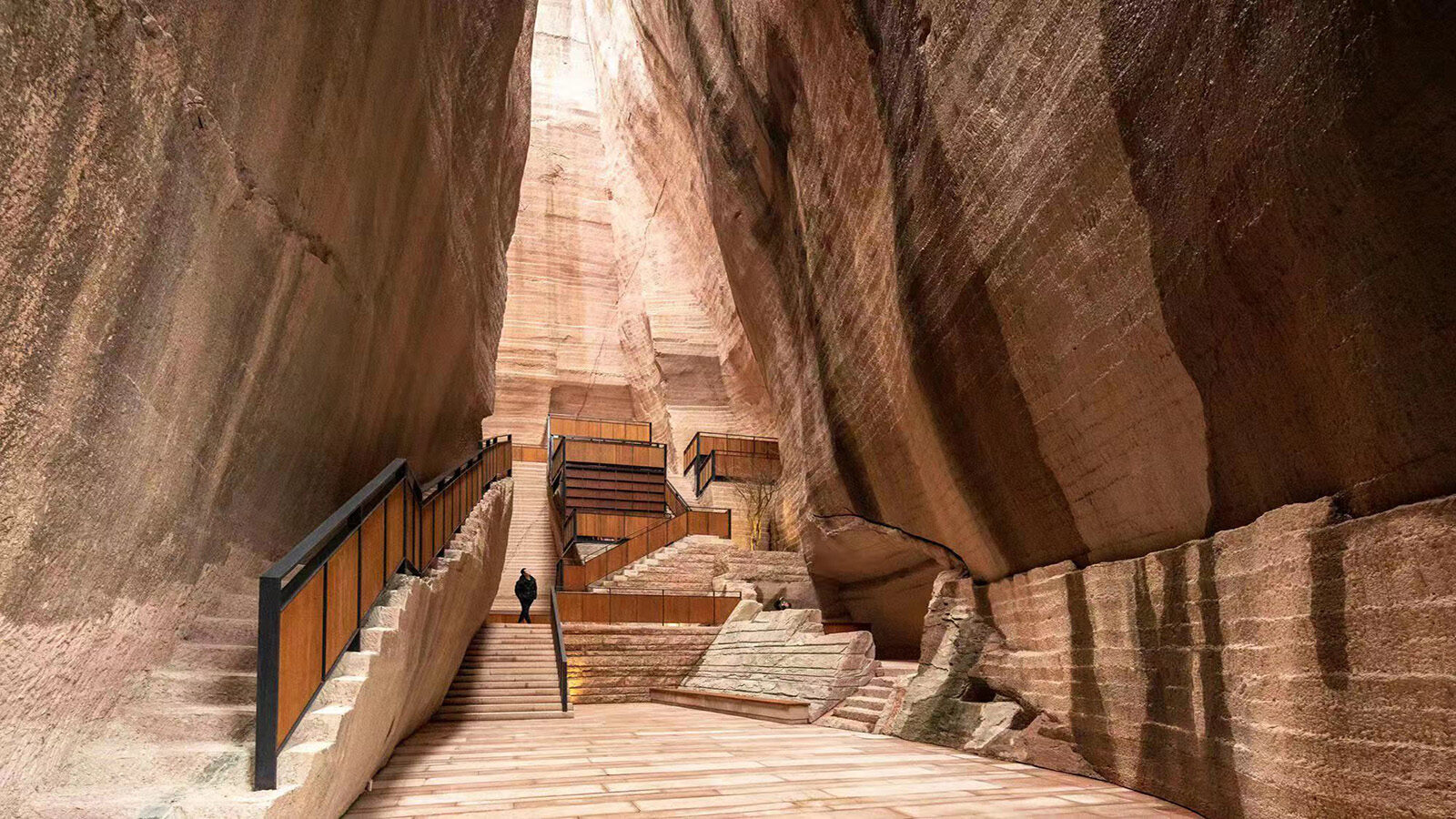 Once it’s no longer being mined, what should a quarry be? Across China’s Zeijhang province, over 3,000 small quarries lay abandoned. Used as fish ponds or for chicken farming, and largely in disrepair, these quarries were in dire need of revitalization. Last year, Beijing architect Xu Tiantian and her firm DnA_Design and Architecture, which already boasts a hefty portfolio of landscape projects, were called upon to redevelop these sites into gathering spaces — a total of nine of them — that will benefit the local economy. 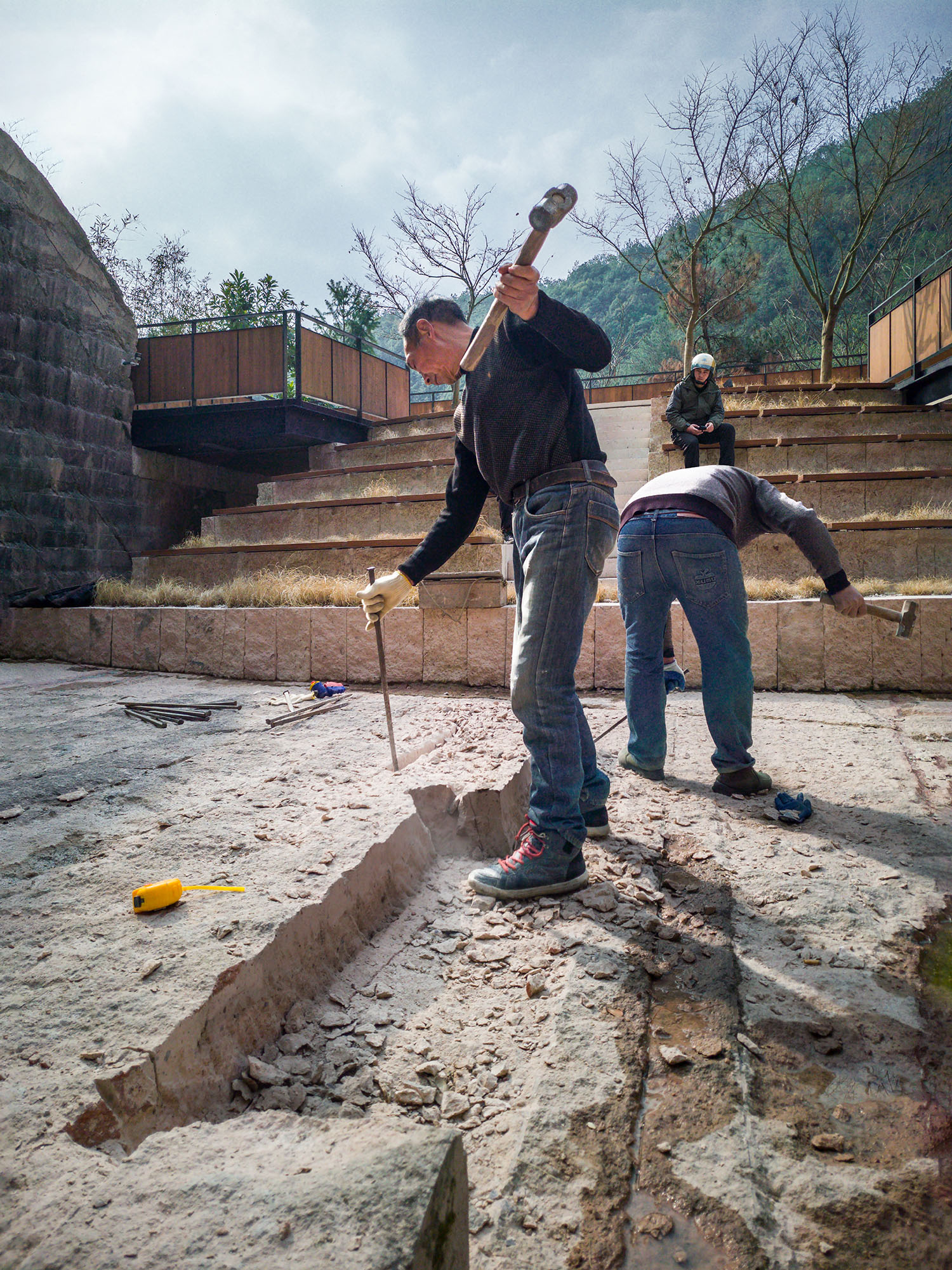 “The stone quarries, today, gape like wounds in the natural landscape,” says DnA of their first impression of the terrain. From the outset, it was clear that extensive ecological remediation would be necessary to complete the project. 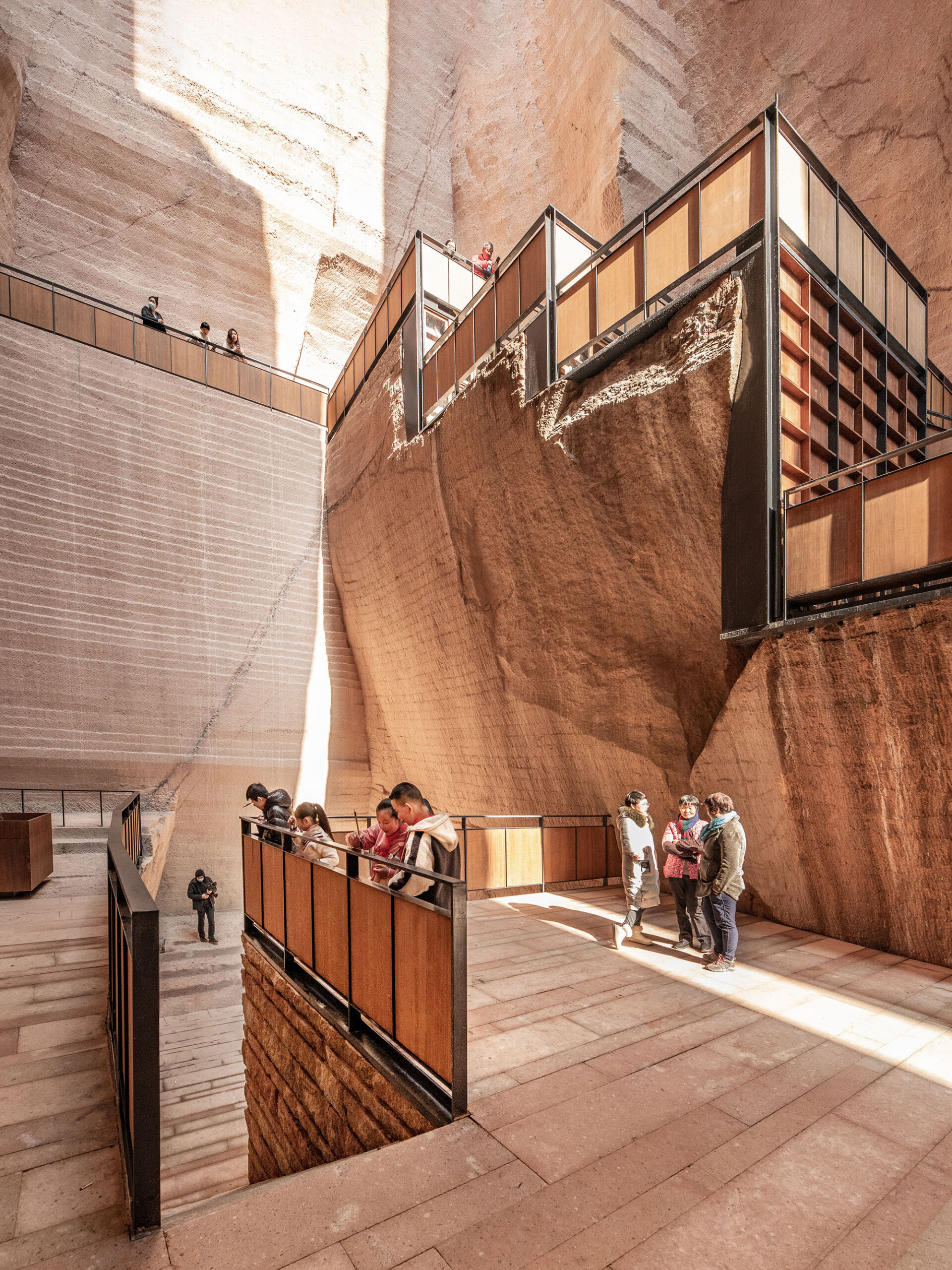 Tiantian’s design approach utilizes the jagged topography to build simple, yet majestic “rooms” carved into the rock. The minimal design was intended to contrast with what the architects describe as a “Disneyfication” of some of China’s tourist destinations — an over-designed and kitsch-forward approach to restoration that they noticed has been becoming increasingly common over the last several years. 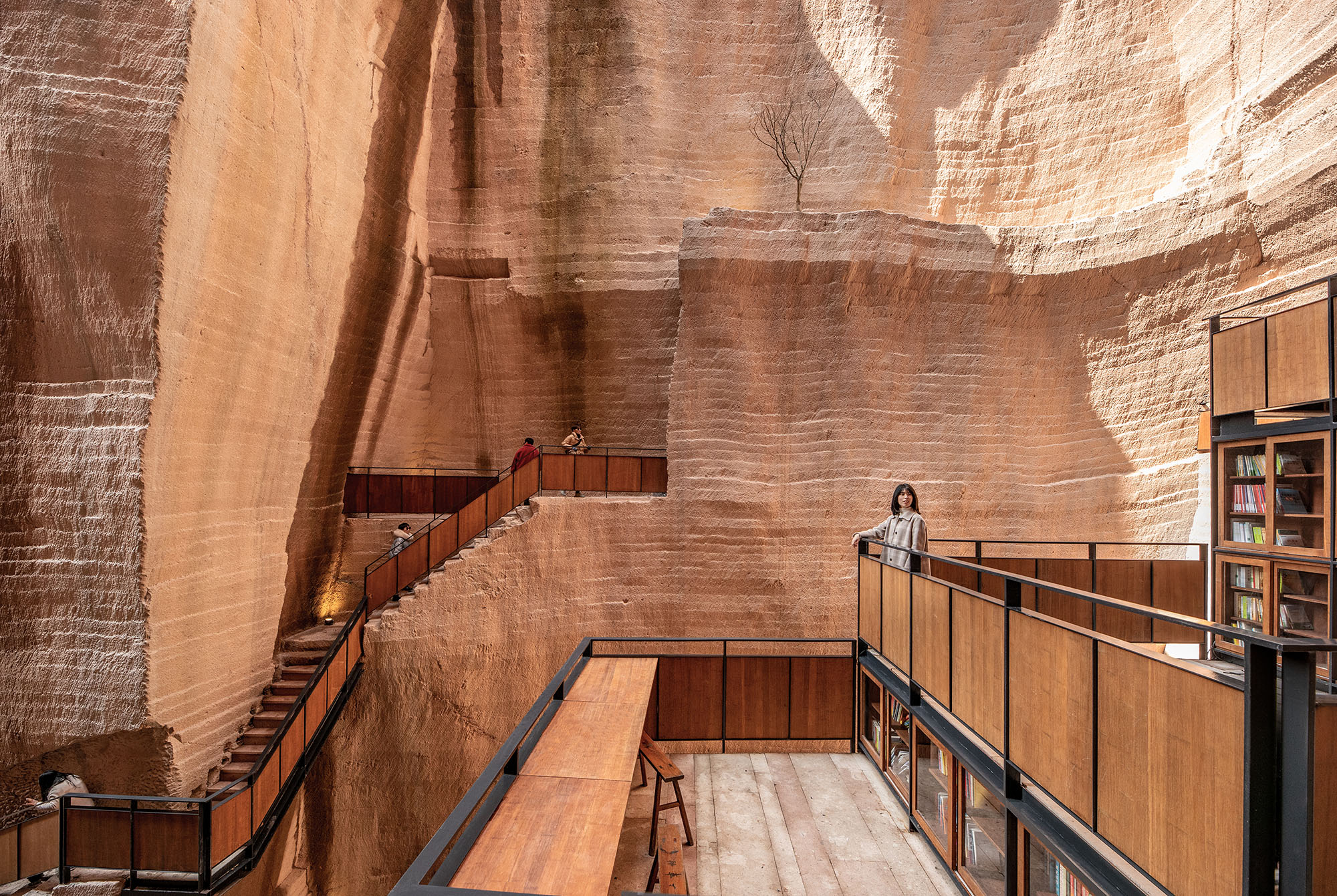 Wood banisters form a sharp, zig-zagging outline against the natural stone, leading visitors up to a viewing platform. Although the interventions are man-made, the infrastructure looks so at home amongst the rock formations that surround it that it seems to have been shaped by time.

The resulting impression is nothing short of spectacular. The meditative quality of the space easily lends itself to self-reflection. Throughout the quarries, various stations have been put to different uses: in one, stonemasons give live demonstrations of the quarrying of stone that would have taken place on-site in years prior, and inside another carved stone chamber, a teahouse is set up to provide refreshments to visitors. The quarries are all connected via a small village, which will soon house an information centre, outlining the area’s rich history. 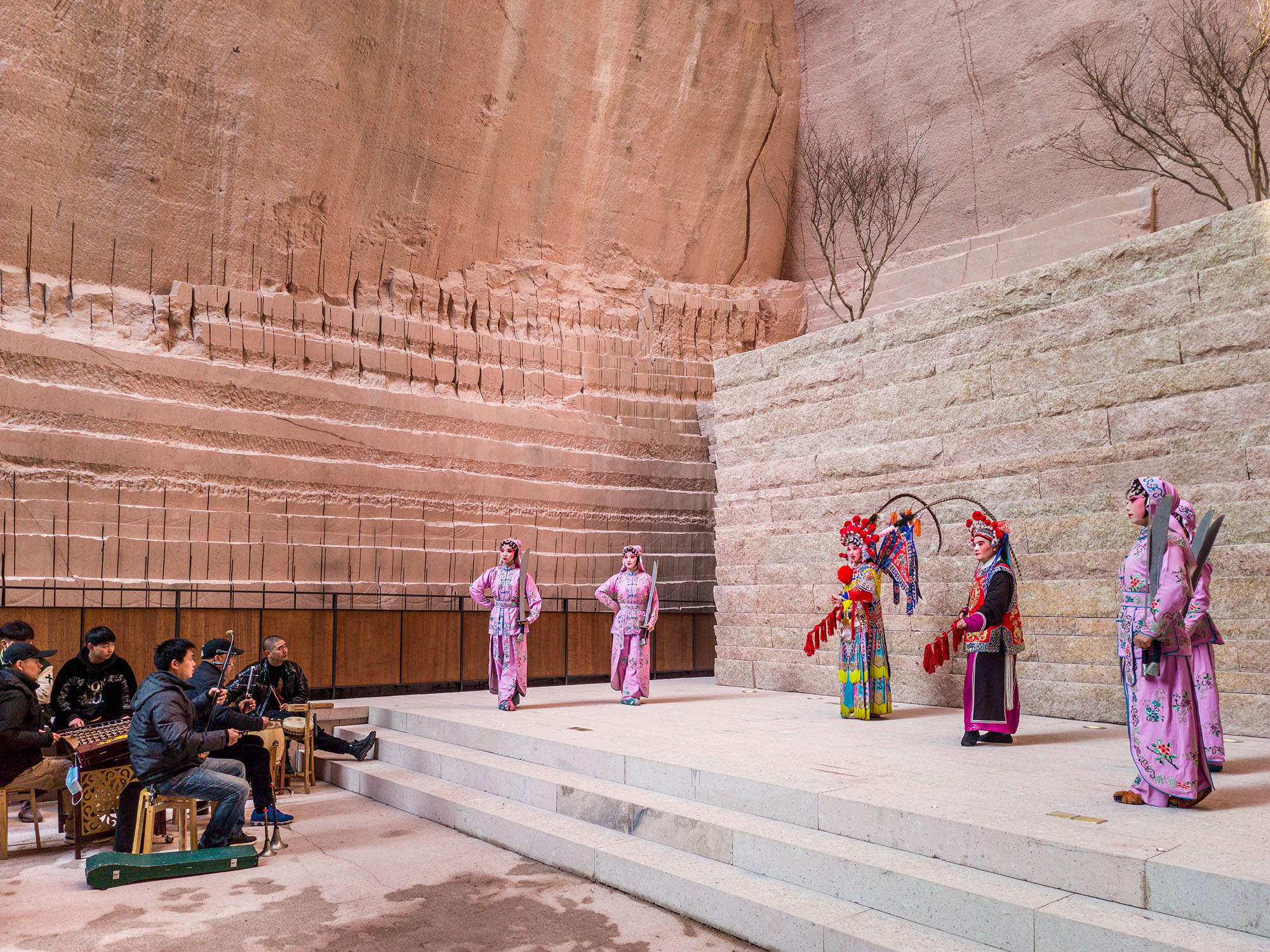 And that’s not all. The cathedral-like spaces carved into the rock space also happen to have excellent acoustics, with walls of stone up to thirty-eight metres high, making them perfectly suited to host traditional Wu opera, which combines music, vocals and martial arts. 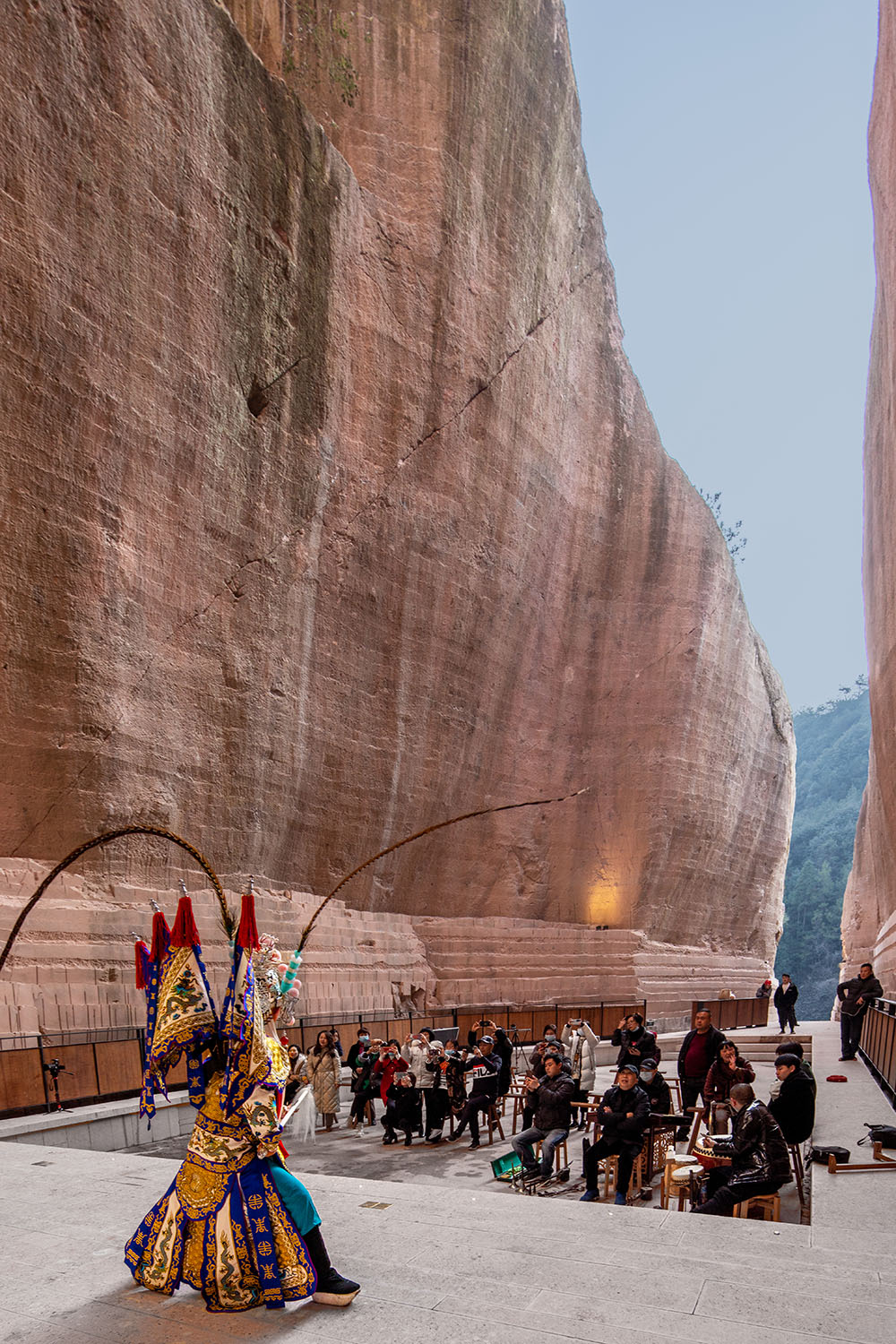 For those who can’t make it to Jinyun, an exhibition on the project, hosted by AEDES Architecture Forum and Bookstore, will be on view from March 19th to May 5th in Berlin — showcasing models of the project alongside photographs, plans and descriptions of the construction process.