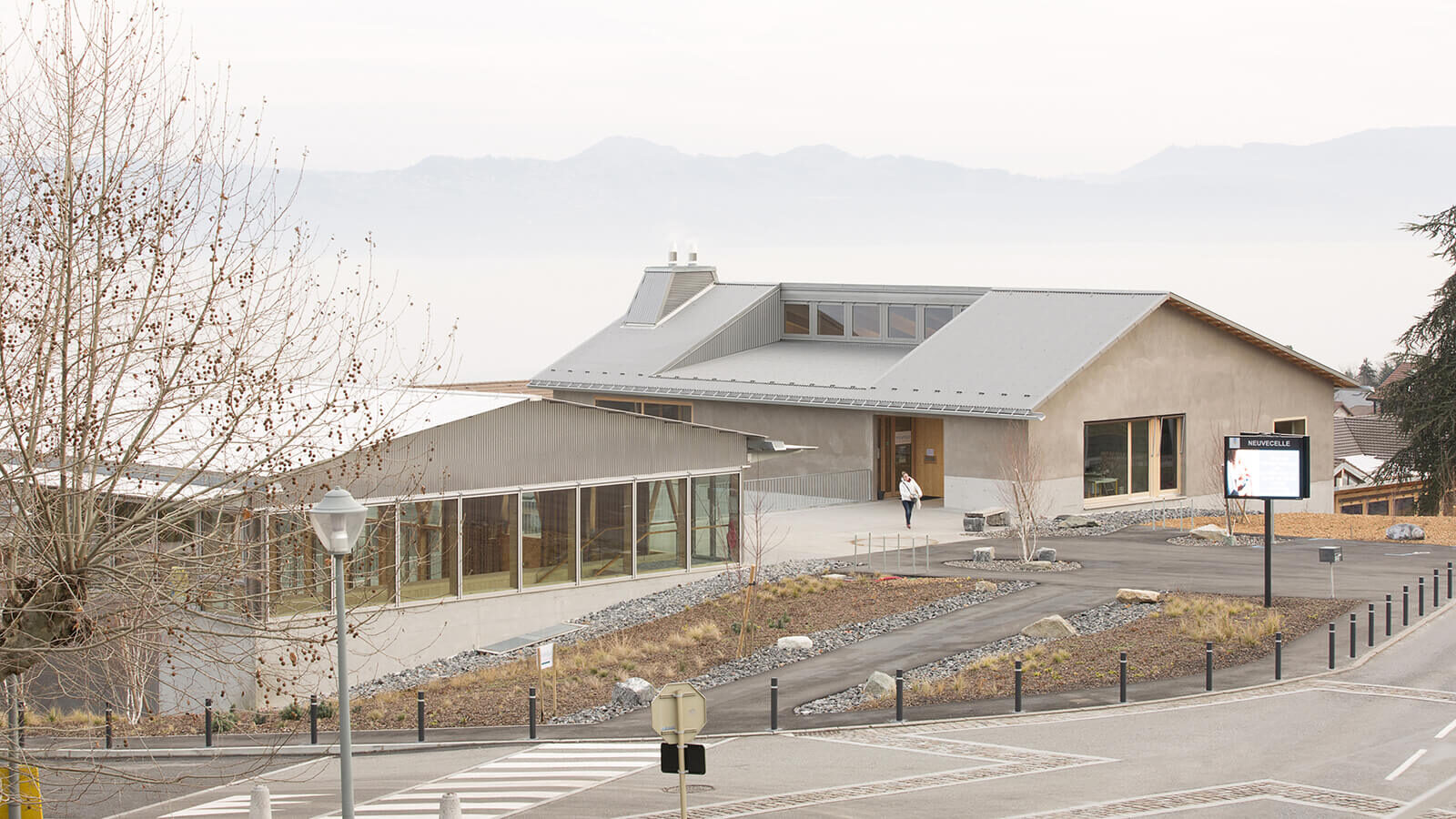 On the border of France and Switzerland, the idyllic village of Neuvecelle lies adjacent to the heart of a tourism hotbed where you can ski the Alps, explore the springs of Evian, or relax on the shores of Lake Geneva. But the place itself has just under 3,000 residents; to say it is quaint would be an understatement.

Now, nestled amongst Neuvecelle’s historical buildings, a new community complex designed by Atelier PNG, in collaboration with Julien Boidot and Émilien Robin, has recently put the town on the map — architecturally speaking. Completed last year, the project was the recipient of the 2021 Équerre d’Argent, France’s most prestigious architecture award. 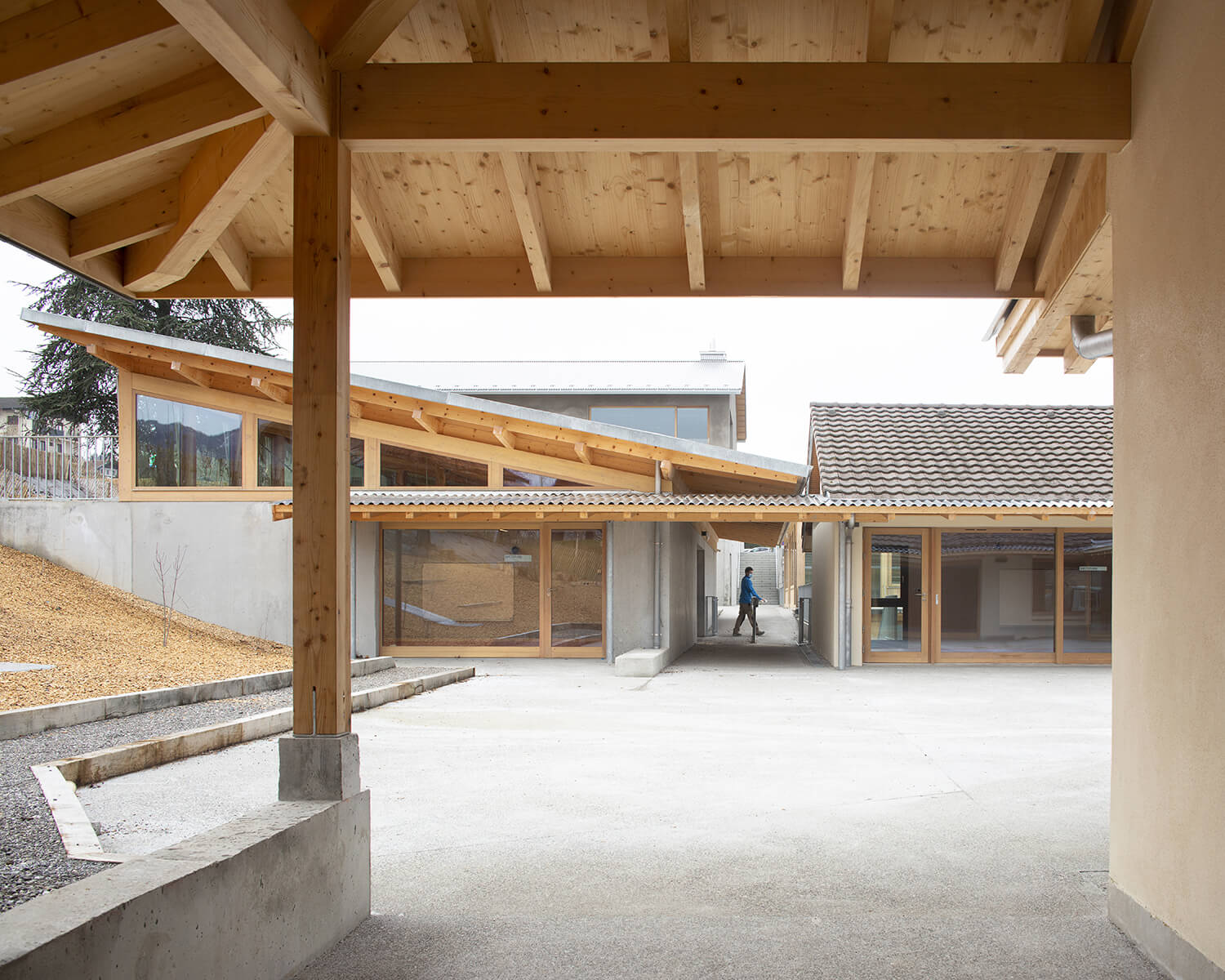 It was an ambitious commission: a kindergarten, elementary school, gymnasium, library and canteen, all to be located on one site. With this came the challenge of integrating such a vast complex into the village’s urban fabric, without disrupting its distinctive charm and domestic sense of scale. 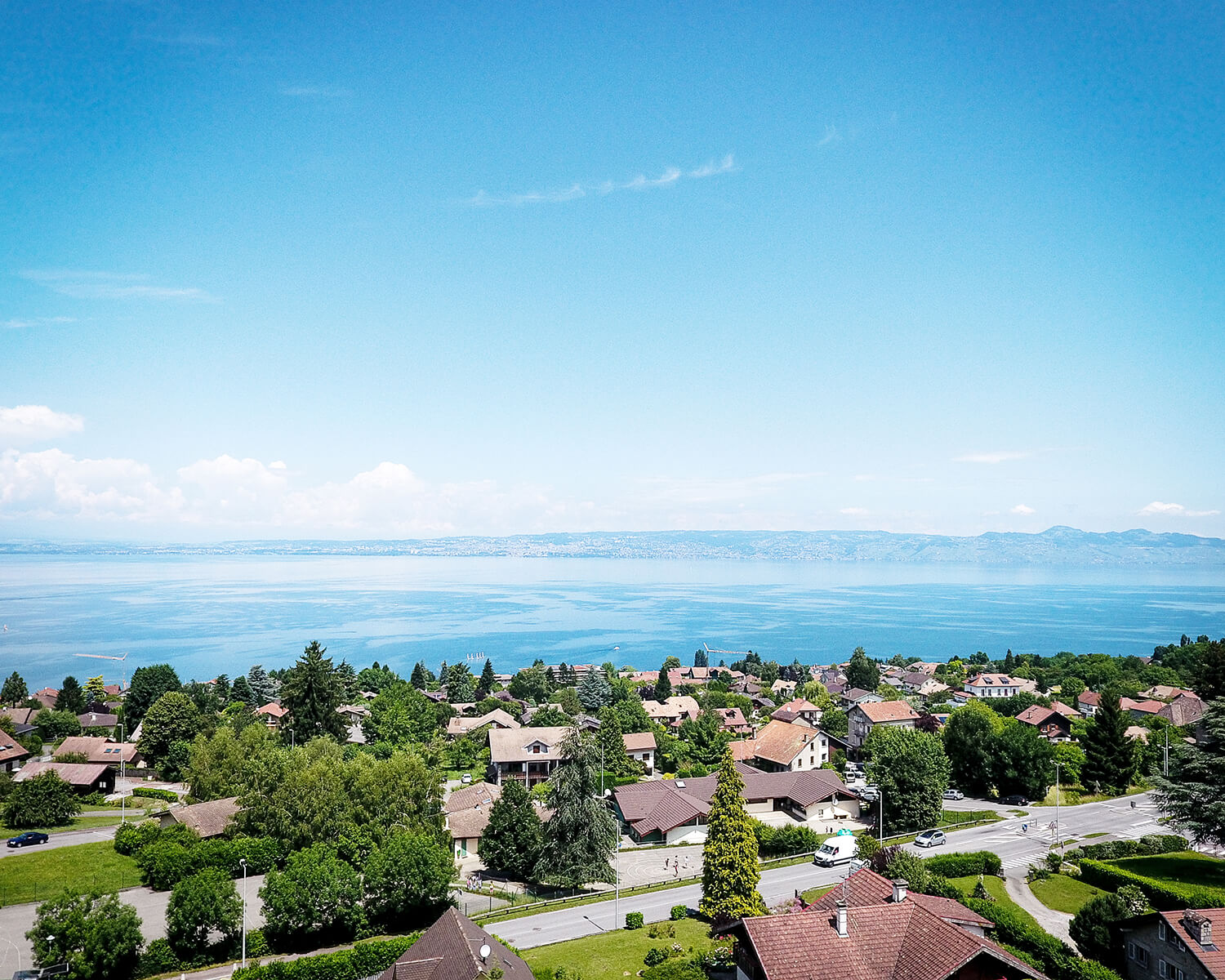 The site as seen prior to redevelopment.

The architects turned to the site for inspiration, re-interpreting the gable-roofed forms of vernacular mountain architecture. Forgoing the monolithic design of conventional community centres, they instead opted for a series of eight smaller structures that share a “family resemblance.” 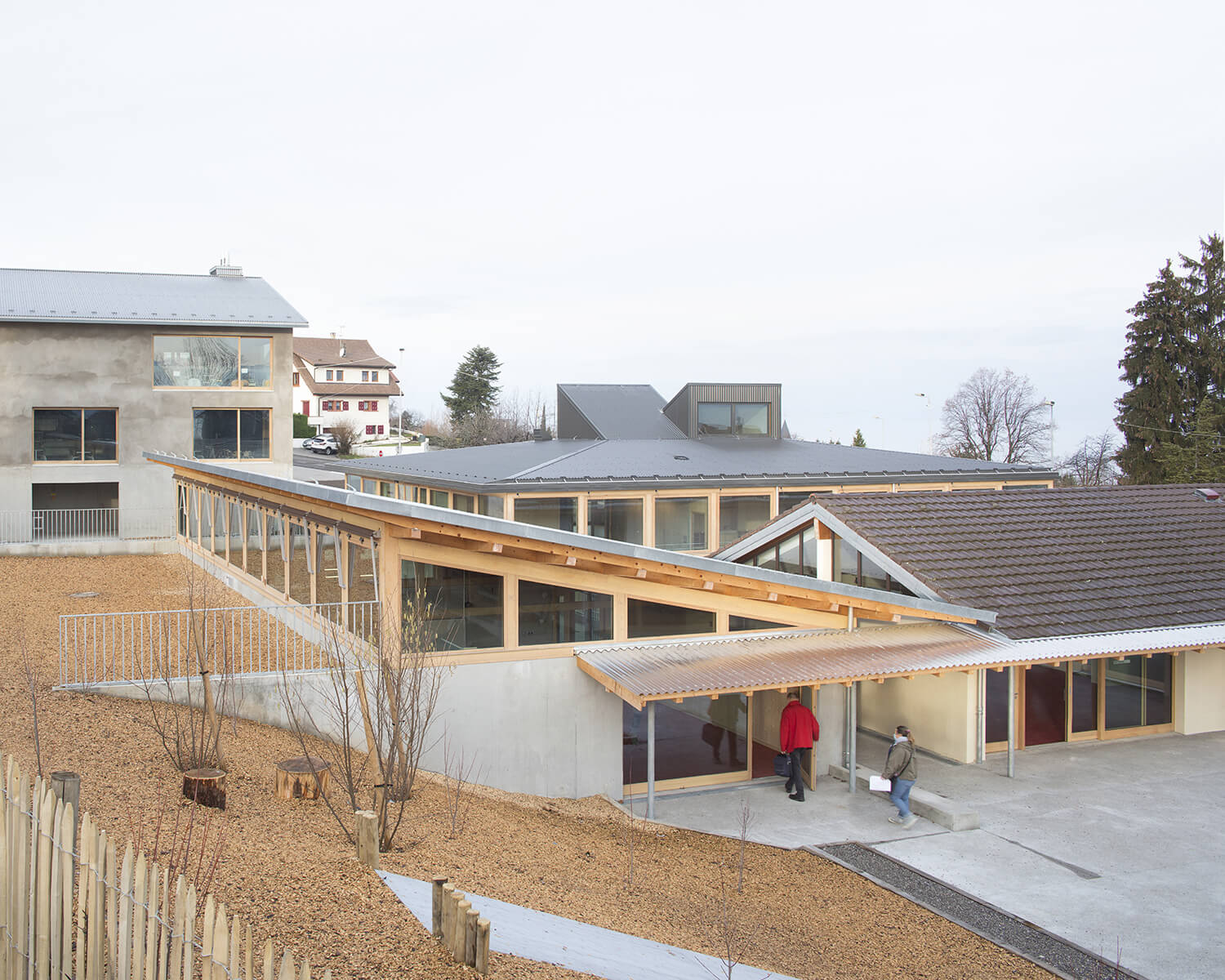 Though the buildings are programmatically separate, the architects have fostered an undeniable sense of unity within the complex. A minimal material palette of concrete and wood establishes a clear visual language across the site, balancing contemporary moves with more traditional elements. 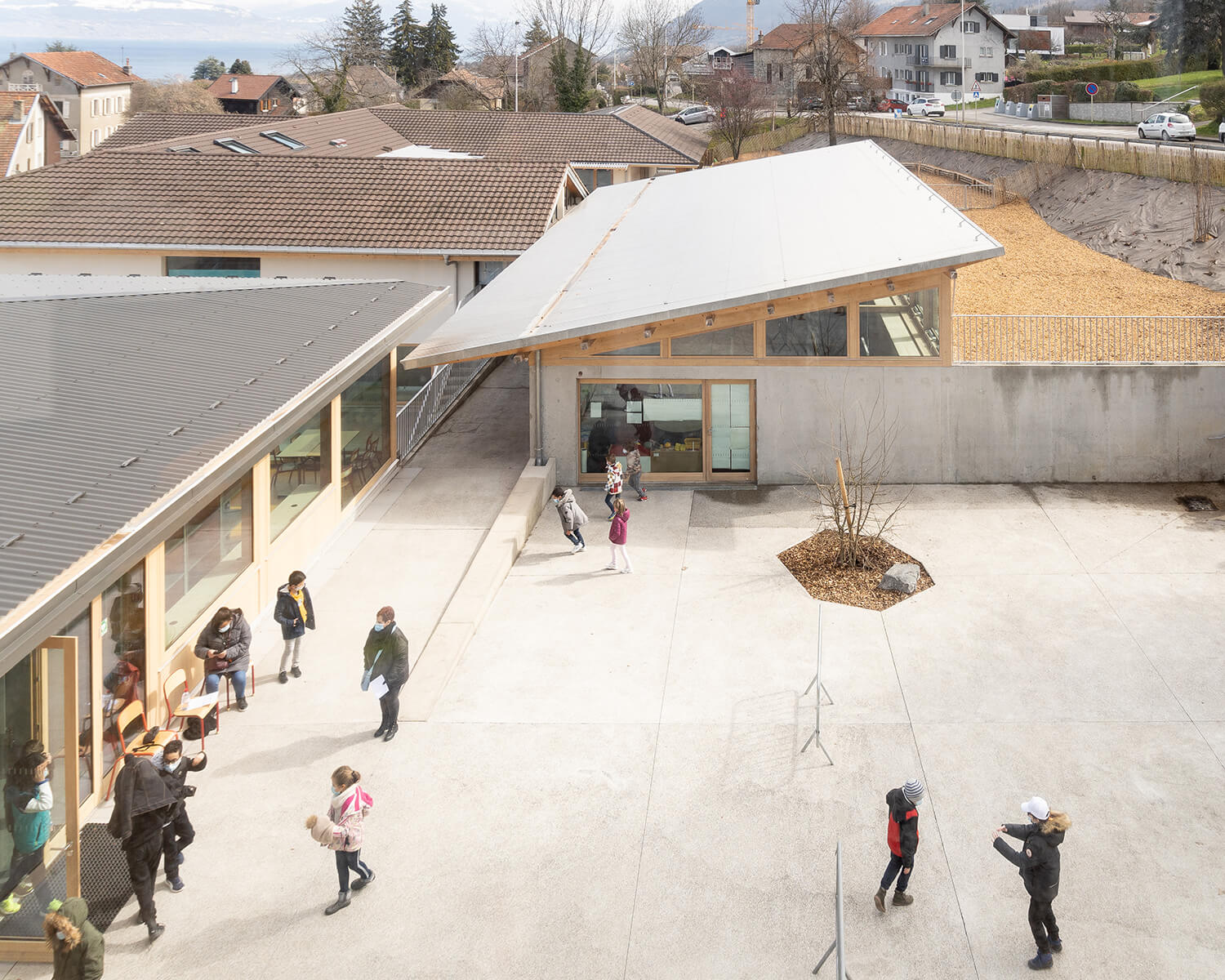 Case in point: at the heart of the elementary school, a dynamic series of skylights alternates in slope, illuminating the building’s concrete circulation core. In contrast, exposed wooden structural elements in the library and gymnasium feel reminiscent of an alpine ski chalet. 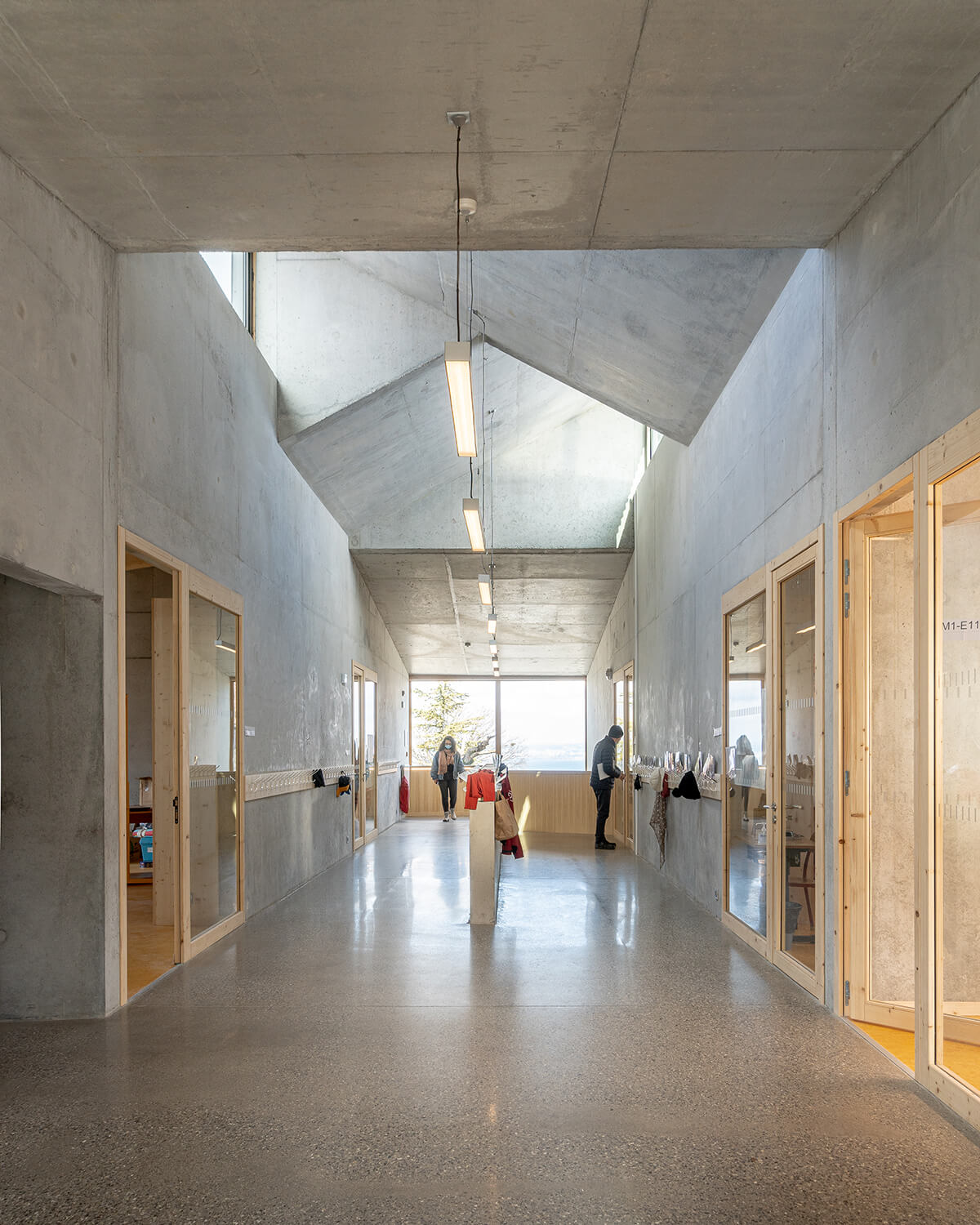 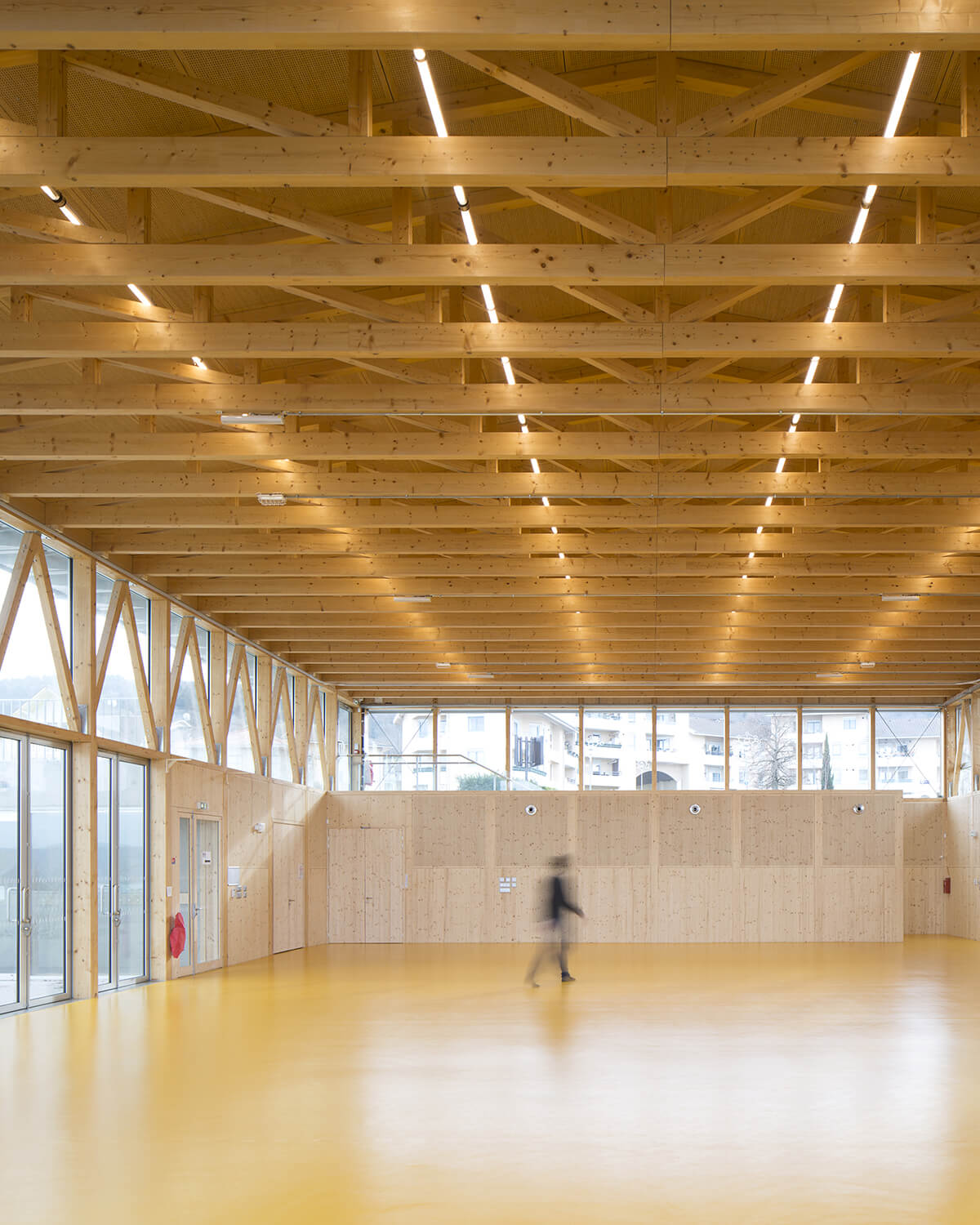 Throughout, an abundance of windows look out to the landscape of Lake Geneva, bathing each space in natural light. The architects play with varying degrees of transparency across the complex, with the larger buildings clad primarily in glass so as not to overwhelm the site with their sheer mass. 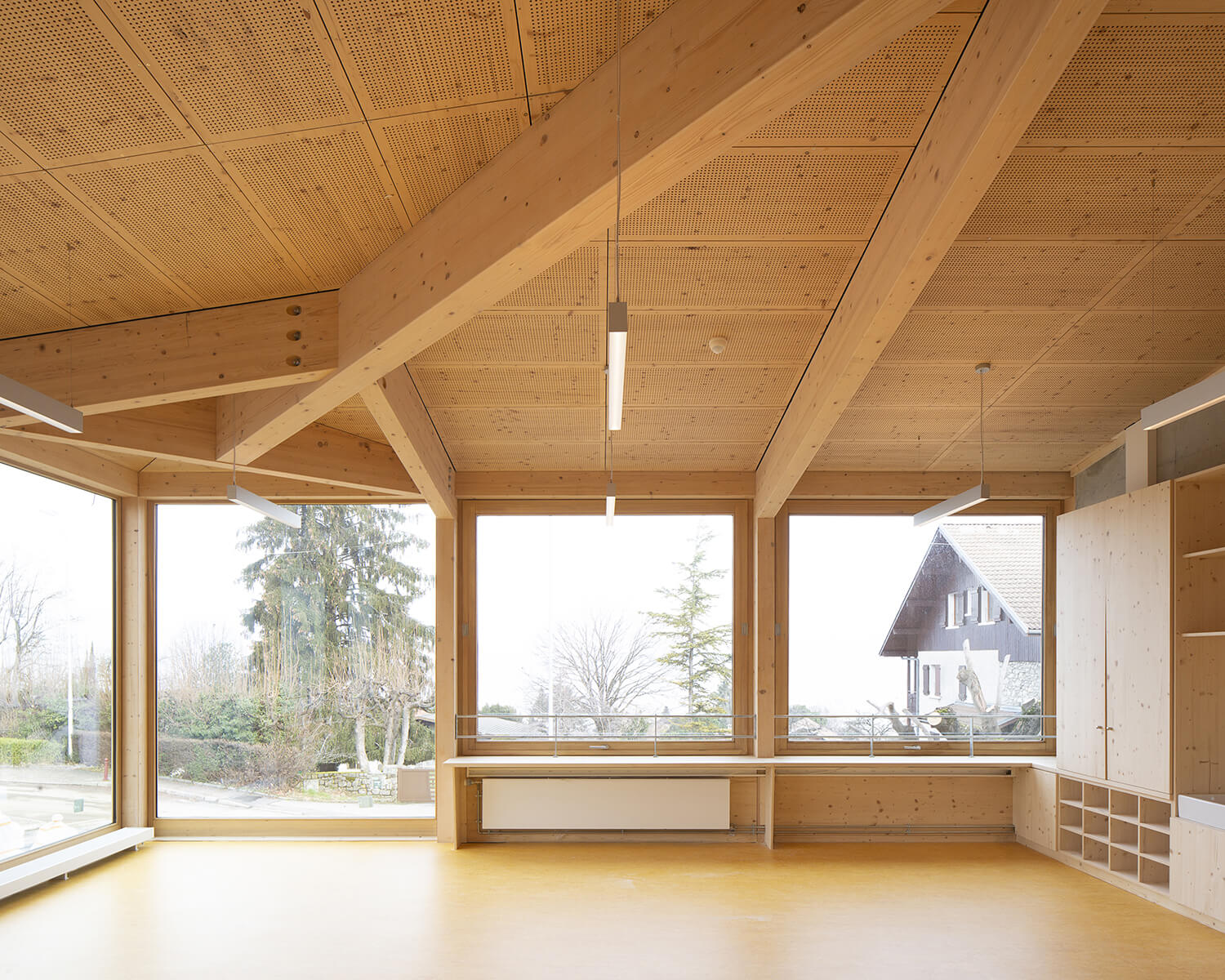 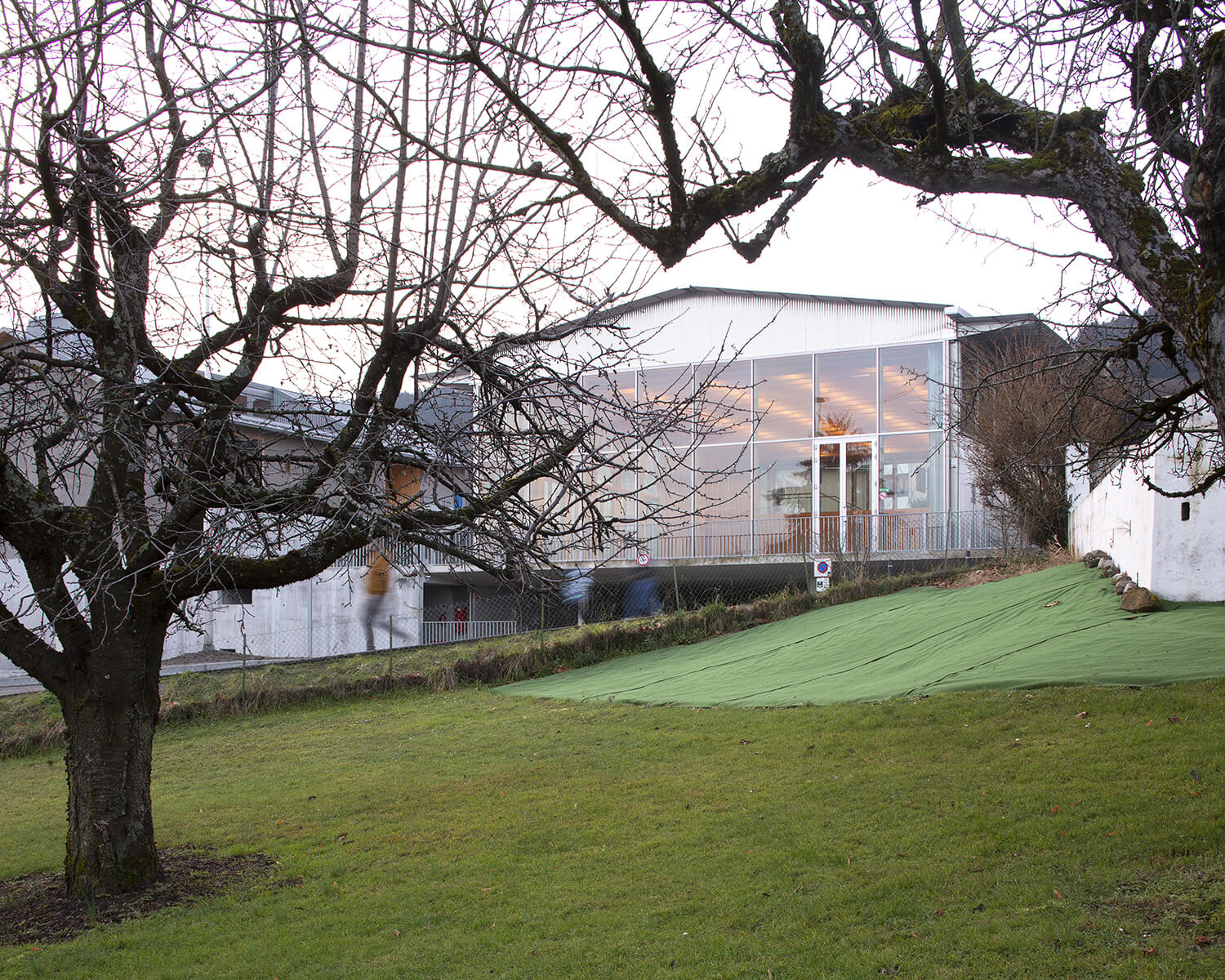 Connected by a covered passage that spans the site from east to west, the buildings are intermingled with a series of courtyards that hum with the palpable energy of schoolchildren. Working with the landscape, the massing protects public areas from the prevailing winds, while the embankment was used to install slides, bleachers, orchards and terraced gardens. The site, which slopes towards the lake, offered a unique ability to frame views from one building to the next, furthering the sense of community within the complex. 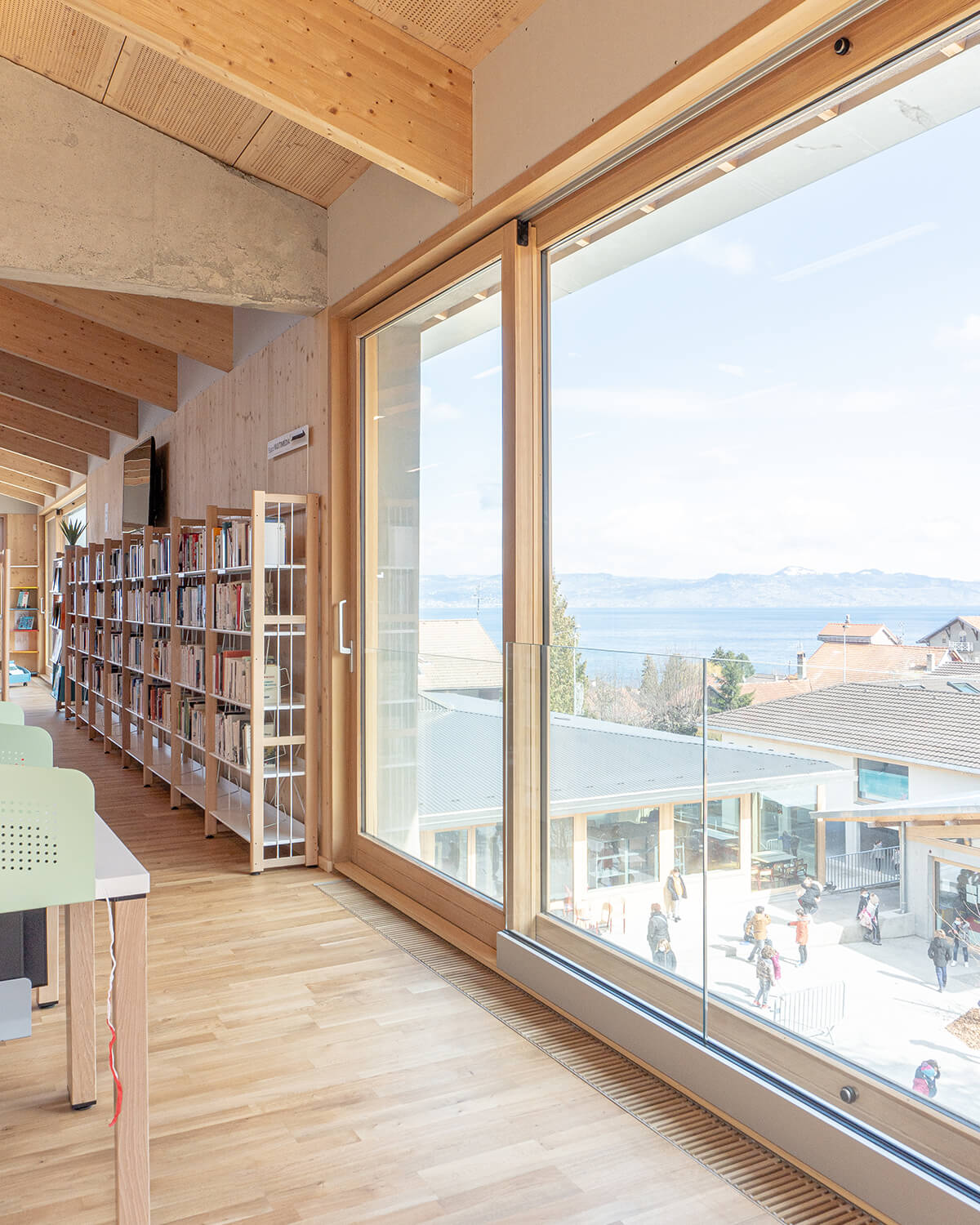 Described by the architects as “visible additions and invisible transformations,” the community centre appears as though it has always been there. And if its success is any indicator, perhaps it will be the catalyst for developments to come. 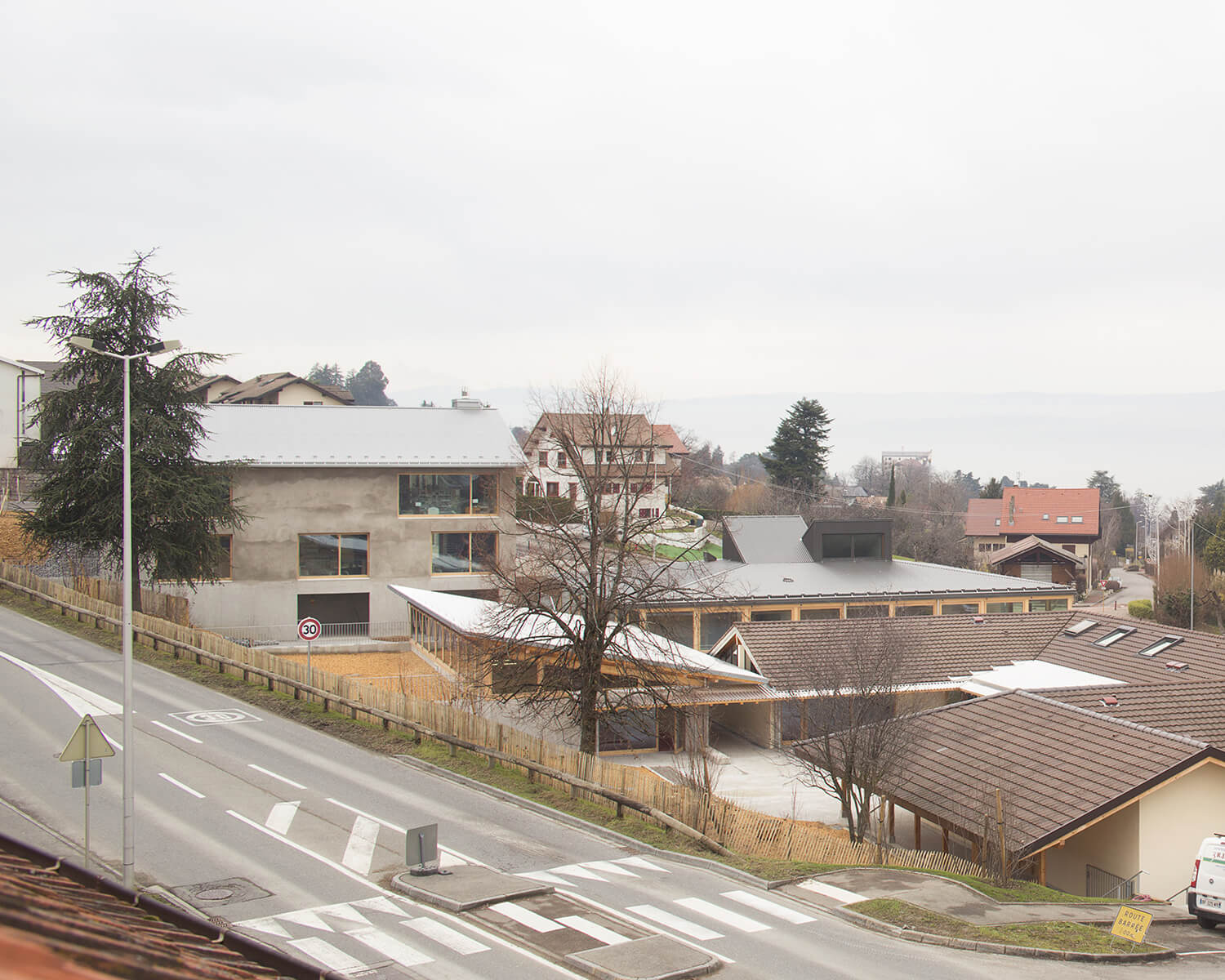