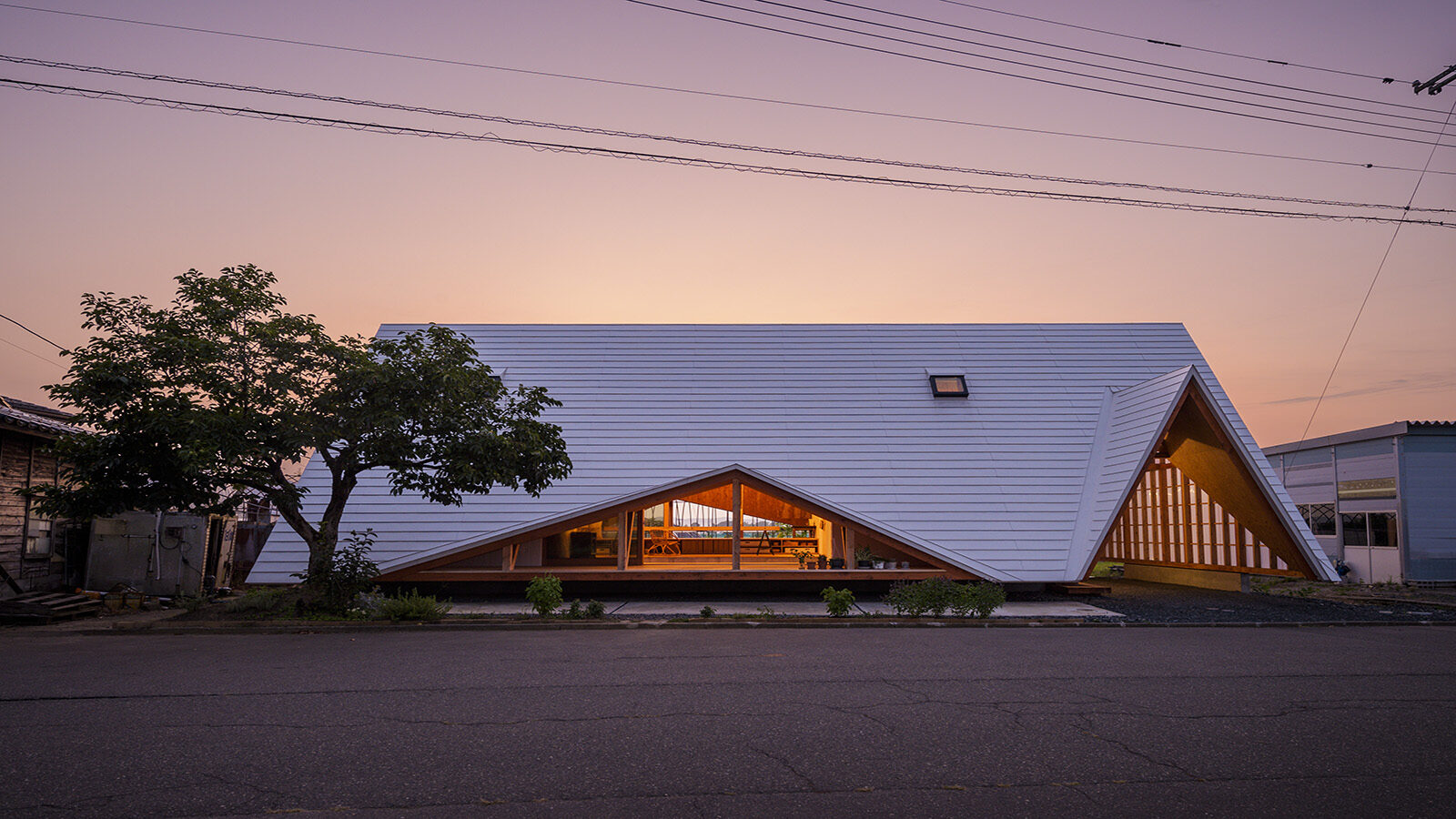 Hara House by Takeru Shoji Architects redefines a traditional typology in the agricultural village of Tsurugasone.

In the Niigata prefecture, an ingenious triangular building rises in the middle of a small village. Designed by local firm Takeru Shoji architects, the new multi-use building was conceived as an extension of the client’s main house. Following the traditional Japanese village style, where a single estate contains multiple edifices, work sheds and green land, the existing property already housed multiple structures with different uses. As a new addition, the sloped-roof home was meant to dialogue with the other buildings around it, and function as an adaptable home which the client’s son could eventually inherit. 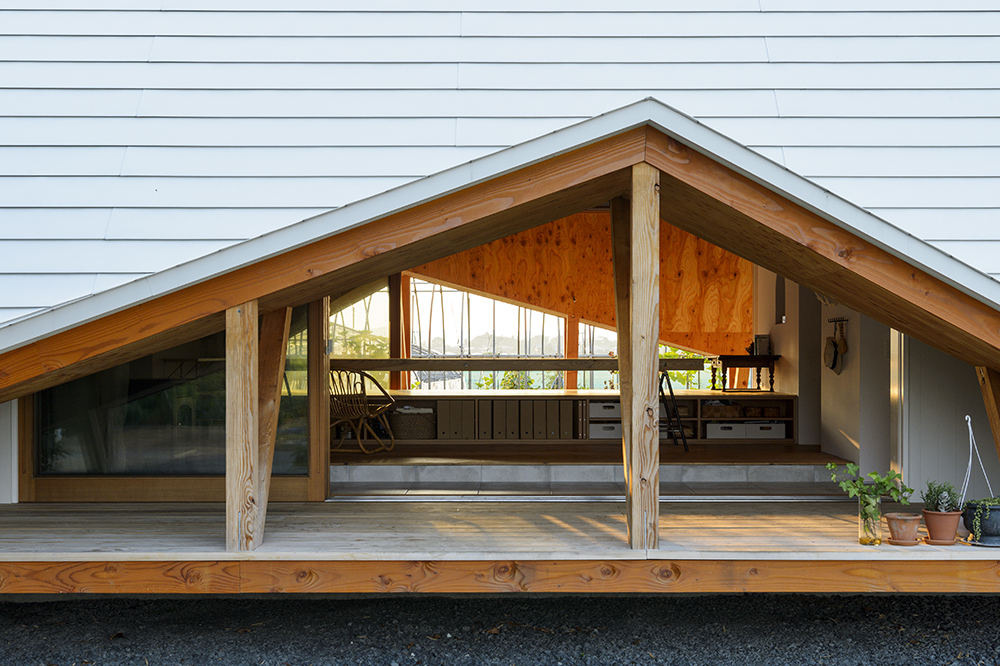 The A-frame structure was designed to emulate its surroundings: Tsugasarone is replete with vinyl homes and small garages, many of which are part of larger residential assemblages. 12-centimetre square timber planks were used to build the spatially efficient structure, which, according to the firm, “creates an image of a large tent; a stiff, yet giving structure.” The timber’s warm yet contemporary materials, combined with crisp white walls and panelling, accentuate the A-frame’s angular charm. 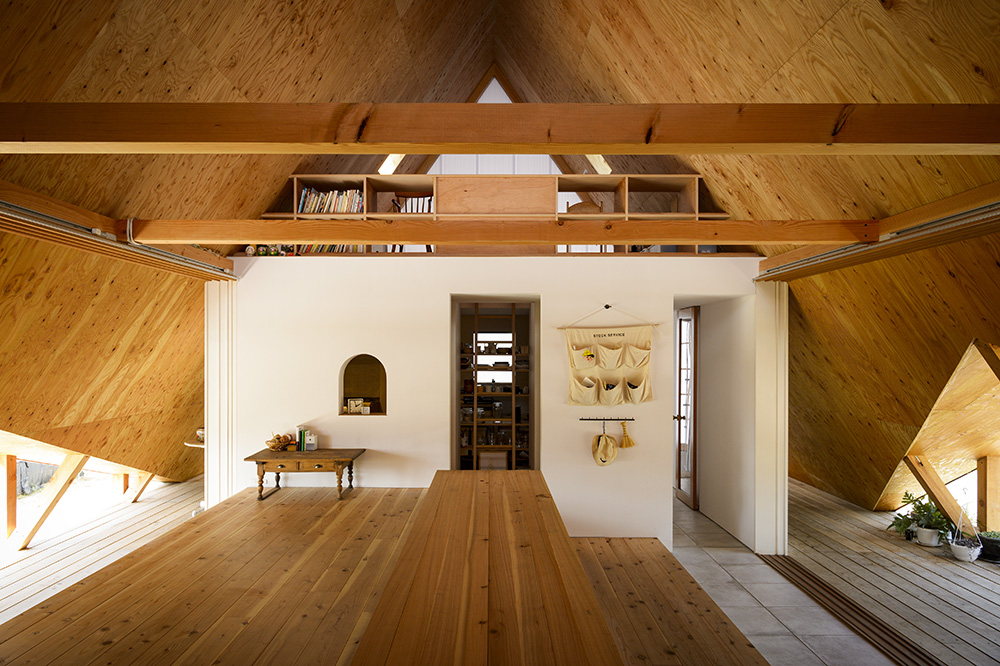 Inside, partitions and interior walls have been all but eliminated — the open concept house is meant to accommodate a variety of uses, and to be reconfigured according to evolving needs. In essence, it’s a blank space waiting to be transformed and reshaped: “It encourages the ‘use’ of the building rather than just being a house you ‘enter’,” notes the firm. This minimal approach — very little furniture, with much of the storage built in — also makes up for the lack of useable wall space in the A-frame. 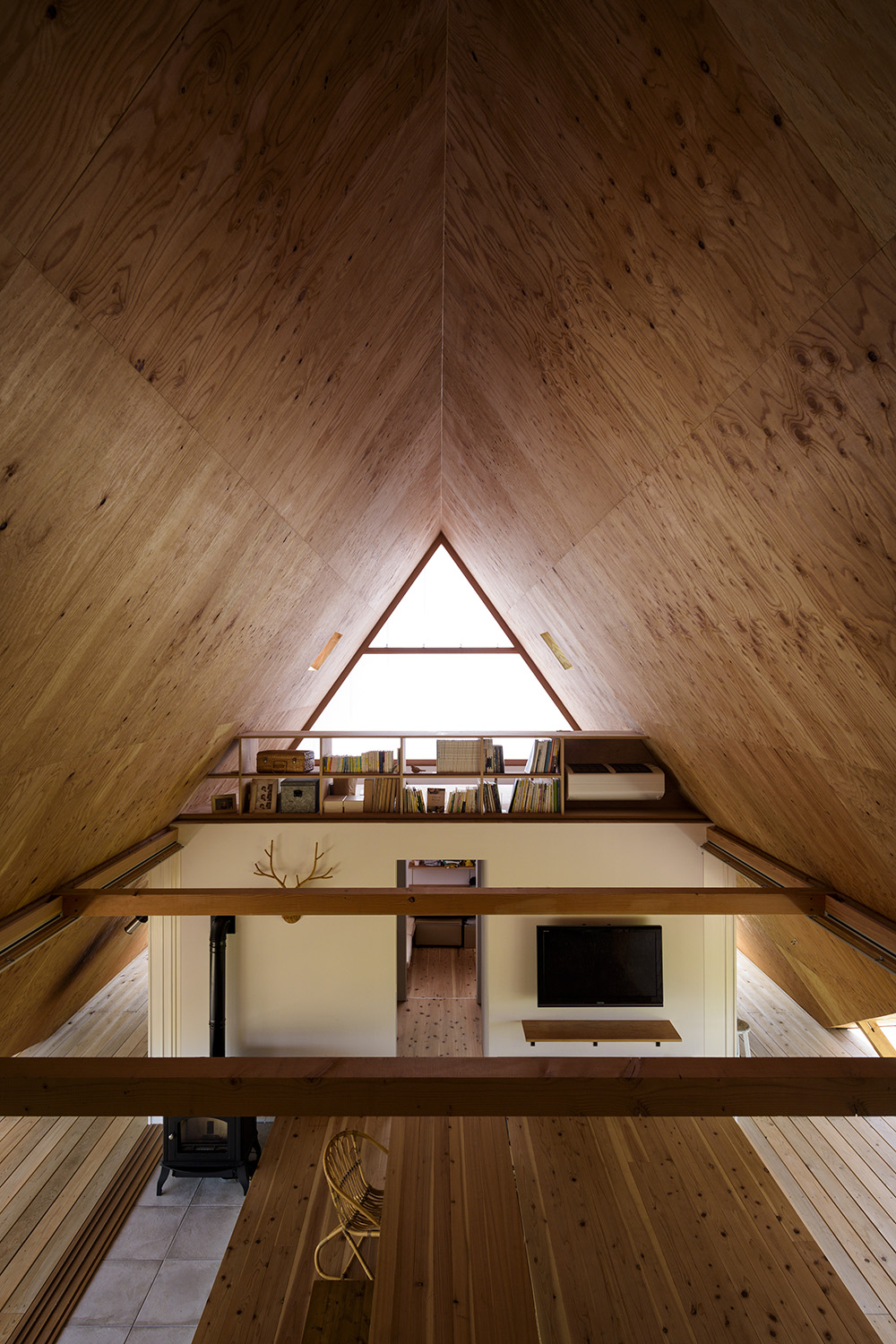 Outside, an entrance porch with dormers allows neighbours and passersby to stop by and chat or lounge in the space. The outdoor portion of the house thus becomes a semi-public space — explicitly challenging the notion of private property that permeates many new home builds. 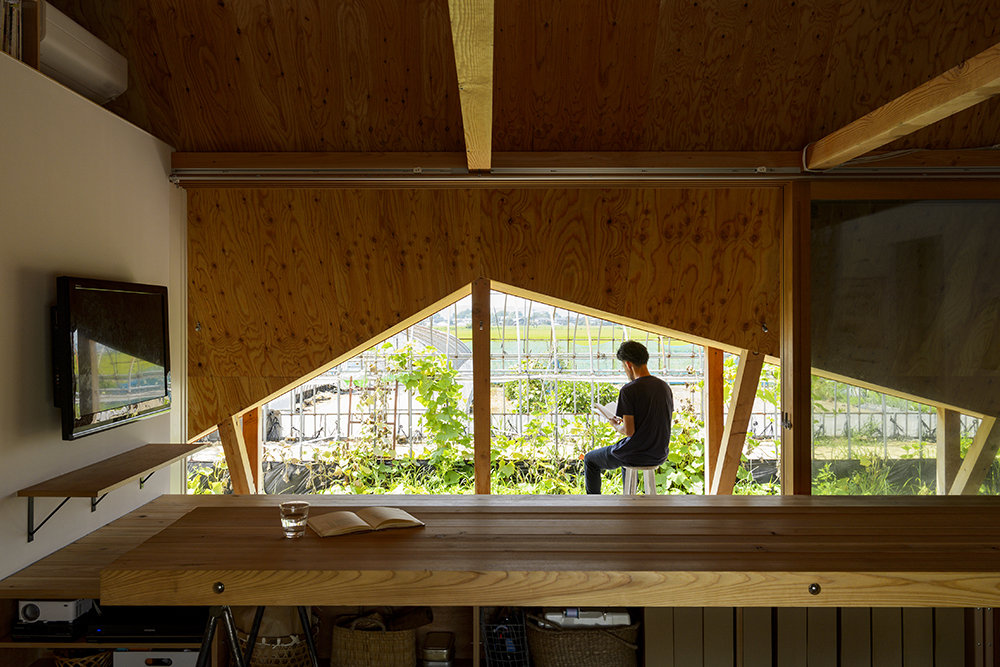 The architects wanted the home to become an integral part of the surrounding village’s fabric. “Instead of designing a conventional fully self reliant building, we aspired to create a buoyant and bustling hub,” says the firm. Bucking the conventional characteristics of single family homes, the structure is described as “insufficient,” meaning it relies on buildings surrounding it — and also on its inhabitants to use it as they see fit. Differentiating itself from fully self-reliant homes, Hara House wasn’t built to sustain life, but rather to enhance it. 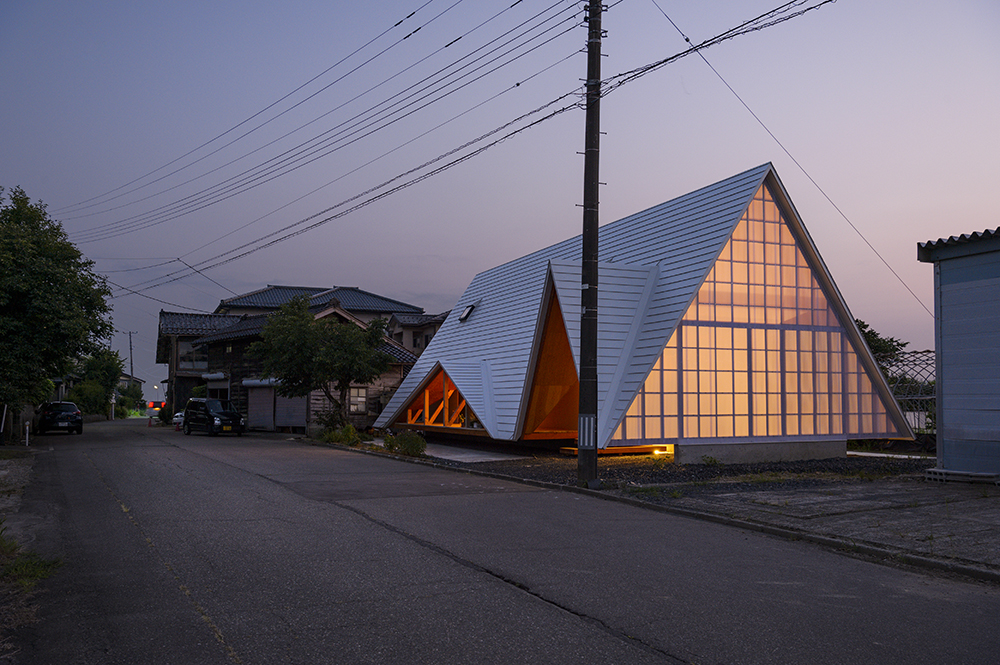 The A-frame reinforces interpersonal connections within the Tsugasarone community, while also introducing a new and exciting typology that builds upon the past. At a time when countries like Japan are facing rapid urban decline, it’s a welcome return to communal, connected living.

Hara House by Takeru Shoji Architects redefines a traditional typology in the agricultural village of Tsurugasone.