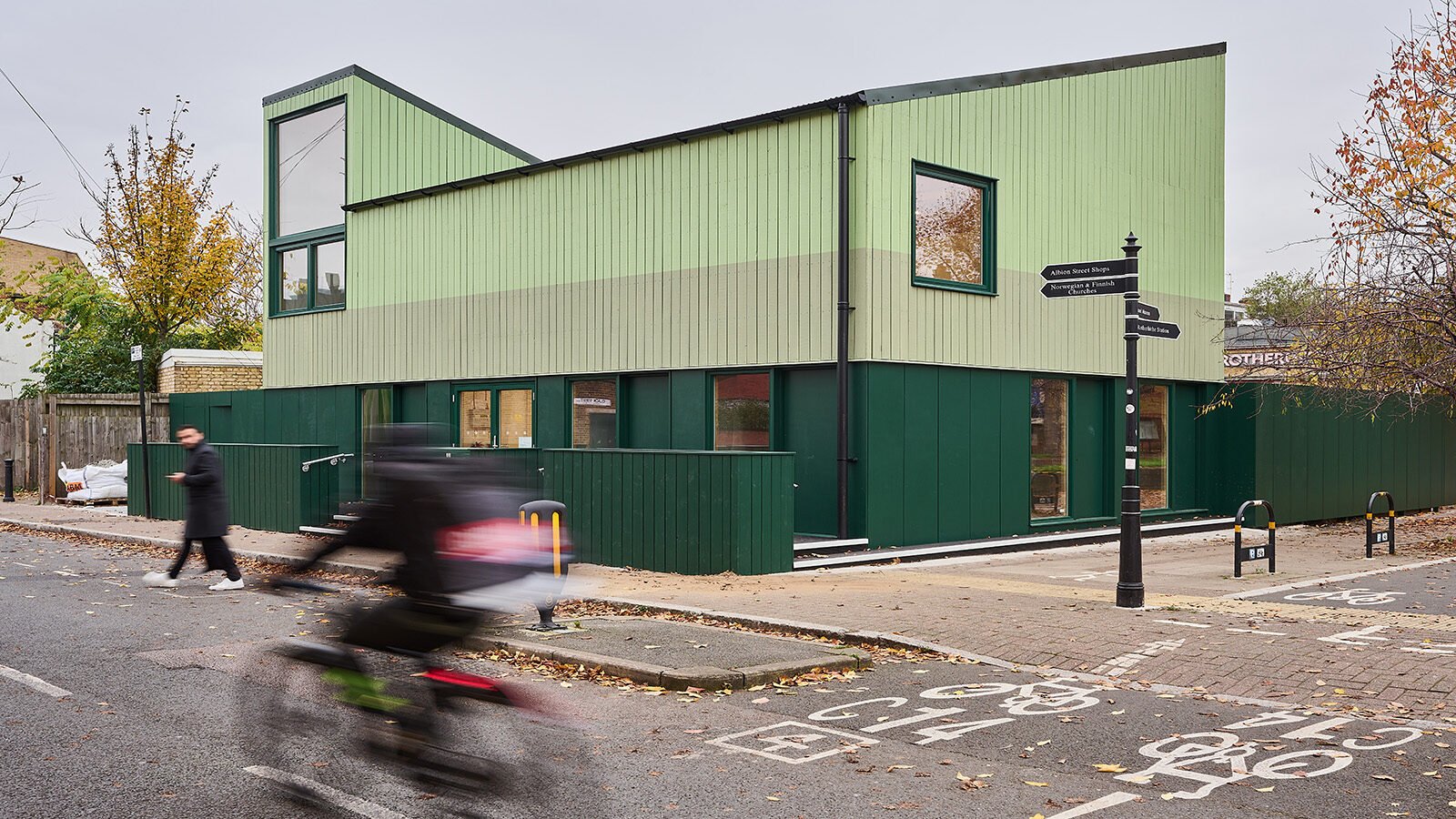 In London, A Co-Working Space Built to Be (Re)moved

Designed by IF_DO, the Hithe is a business incubator that will be demounted and relocated after a decade.

We don’t often come across new builds with a set expiry date — especially not one as short as ten years. But that’s exactly the length of time that London’s newest office building, The Hithe, plans to stay erect in its current neighbourhood of Rotherhithe. The name Hithe, from Old English, designates a small port or landing place for ships — both a reference to the area bordering the Thames river, where the new offices are located, and the building’s ethos of fostering young businesses that need a space from which to take off.

In collaboration with social enterprise Meanwhile Space — their name is a play on the term “meanwhile use,” a city-building moniker that refers to short-term utilisation of temporarily empty commercial spaces until they can be occupied as originally intended — the firm designed a fully demountable and relocatable building, consisting of five modules that were prefabricated off-site. 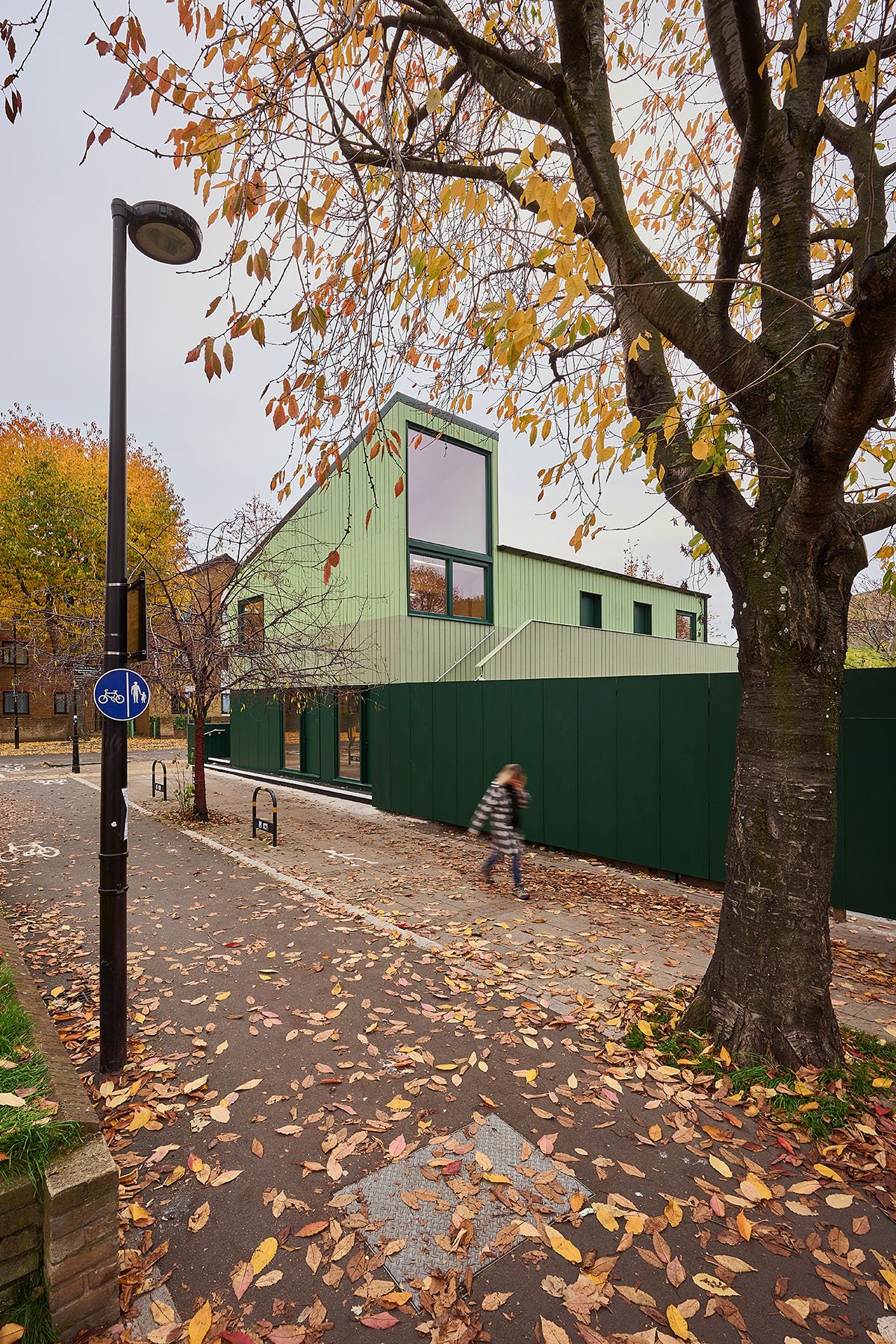 The wider Rotherhithe area will soon be the subject of a new masterplan. Until then, the Southwark Council, which is developing the plans for the area, identified the corner on Albion street for meanwhile use, and The Hithe was born. 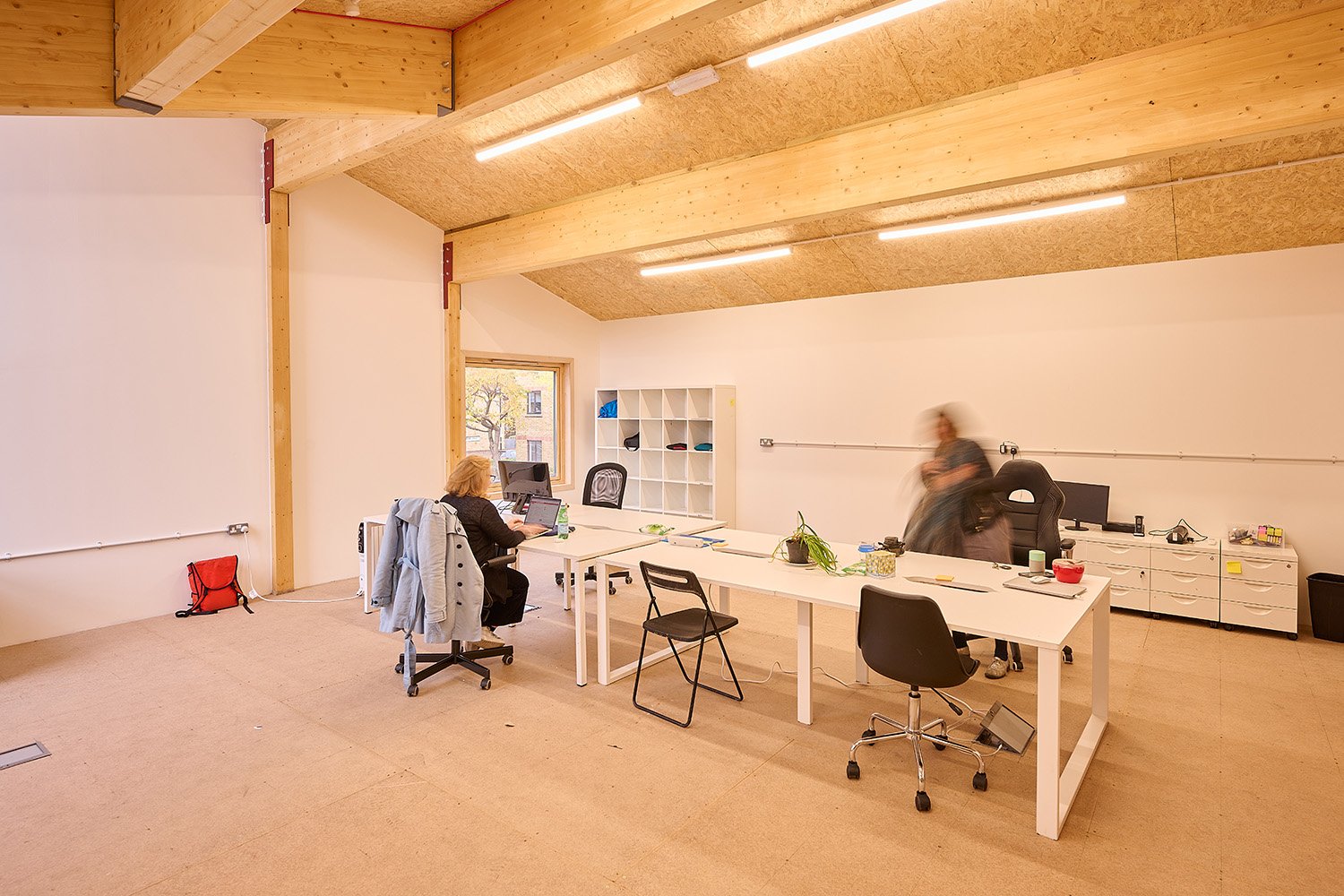 At the beginning of the ideation process, IF_DO considered remodelling old shipping containers, but the concept didn’t fit with the project’s role in the community. “One of the key desires was that the building shouldn’t look temporary. They did not want it to feel like another construction site, so shipping containers and temporary site offices were ruled out at the outset.” says Thomas Bryans, director of IF_DO. Instead, the firm opted for a low-cost build made of efficient and lightweight materials. The final product — which measures only 200 square metres — consists of a steel and timber frame, combined with structural insulated panels. The new structure was built directly onto foundations that were inherited from a building that previously occupied the site — eliminating the need for new concrete. 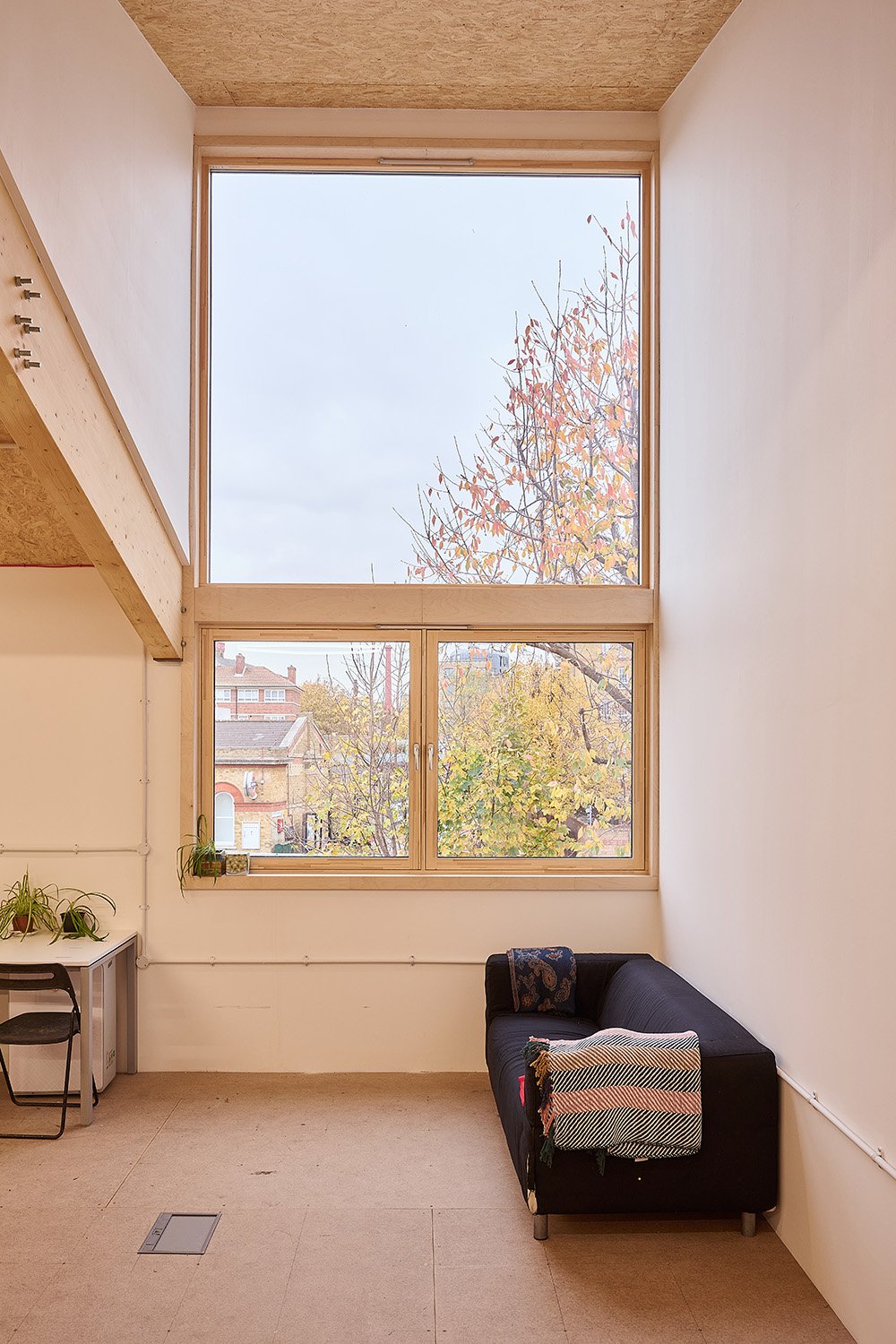 Beyond its clever response to the brief, it’s also quite a stylish building: covered in softwood cladding, its bright sage green tones are reminiscent of the oxidized copper roofs that abound in London and its generous fenestration gives the building a distinctly modern form. Inside, natural light illuminates the simply appointed workspaces: the plywood and drywall interiors are modest yet elegant. Importantly, each unit is accessed from the outside, eliminating the need for hallways or circulation space. A central gathering space, composed of a kitchen and planted yard, anchors the building and is accessible to all of its tenants. 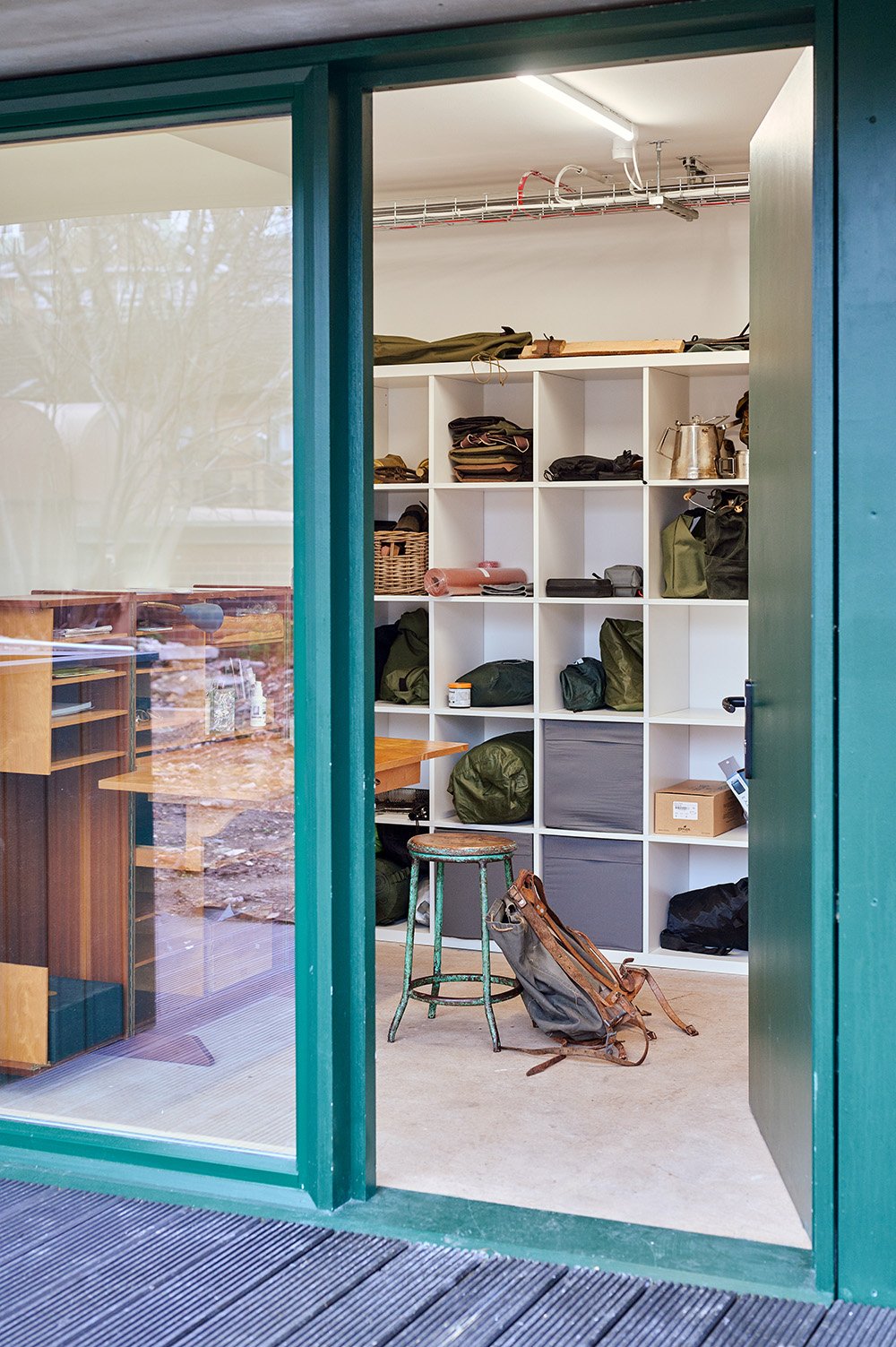 All in all, the building costs came in at a remarkably low £400,000. Rents are offered at low prices — micro-units start at only £270 per month — attracting a variety of sole traders and start-ups that may not have otherwise been able to afford a workspace. Current tenants range from apothecaries to architects, and even a sewing club — an assortment that enriches the Rotherhithe neighbourhood. 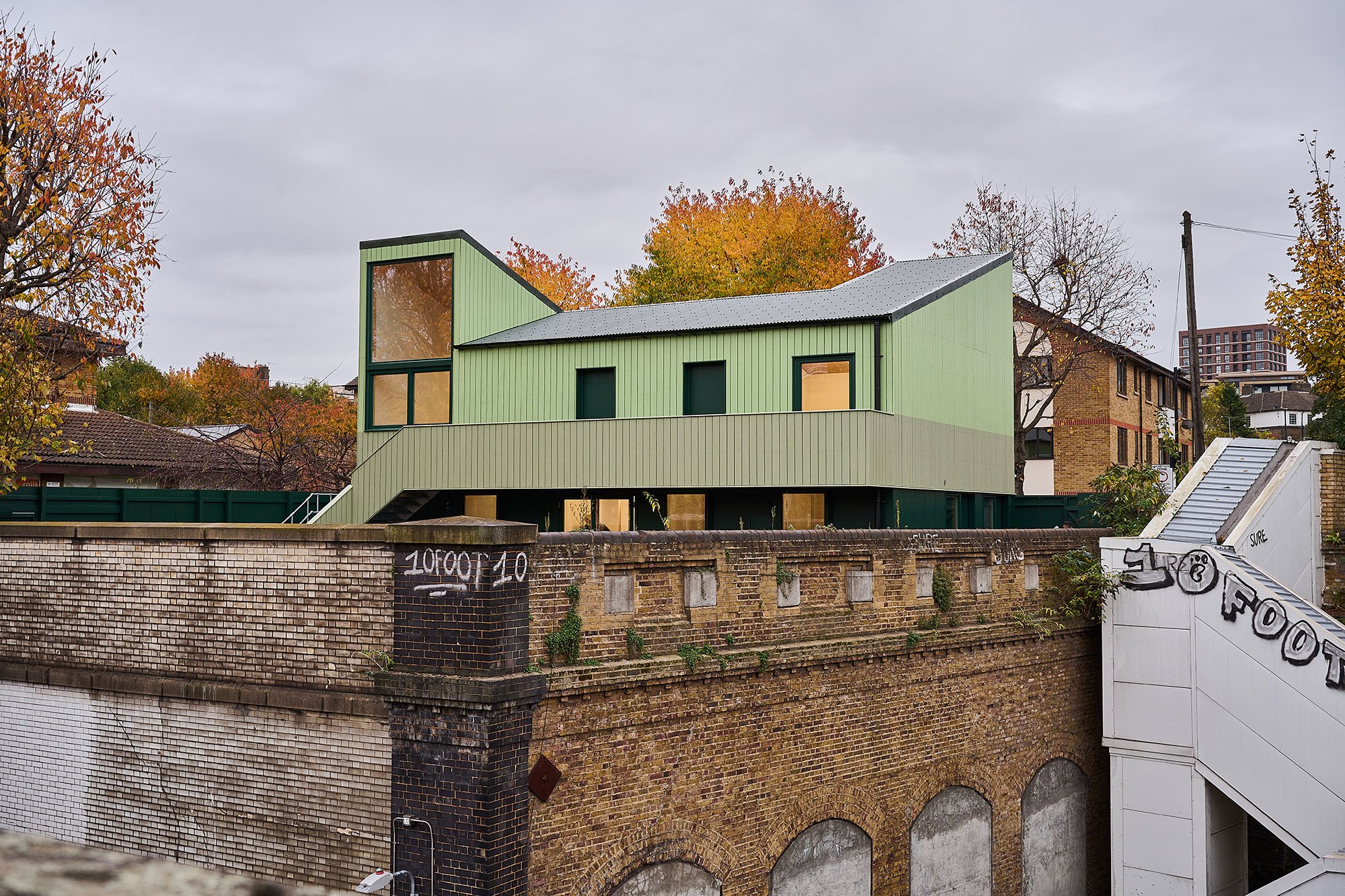 Although the Hithe is a prototype, it may inspire similar buildings in the future: “IF_DO and Weber have really delivered us something that will recycle our investment and provide us with a product that we can use repeatedly on different meanwhile sites,” says Eddie Bridgeman, executive director of Meanwhile Space. Even if the trend doesn’t catch on, The Hithe, at least, will live many lives.

Designed by IF_DO, the Hithe is a business incubator that will be demounted and relocated after a decade.