In Memoriam: Edward Lam
One half of Toronto studio Moss & Lam, Edward Lam has passed away. Together with Deborah Moss, he crafted awe-inspiring interior elements in projects all around the world. 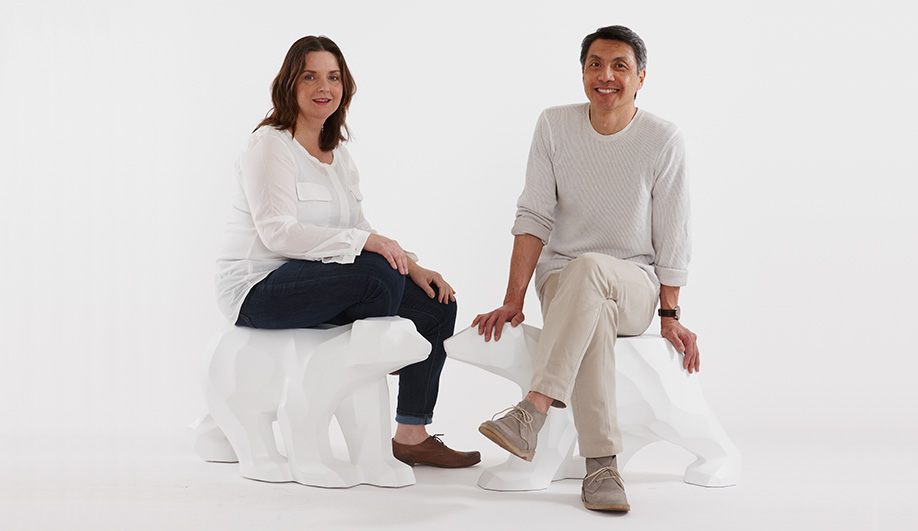 Portrait of Deborah Moss and Edward Lam by Naomi Finlay 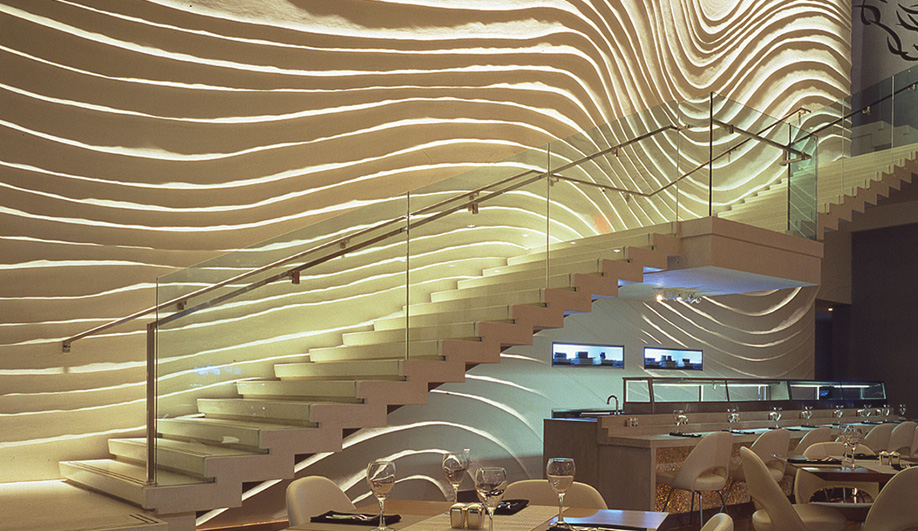 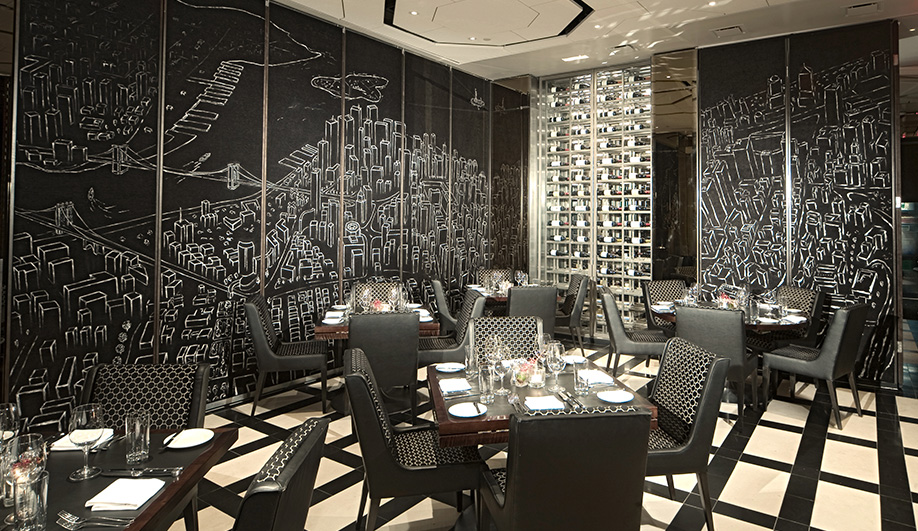 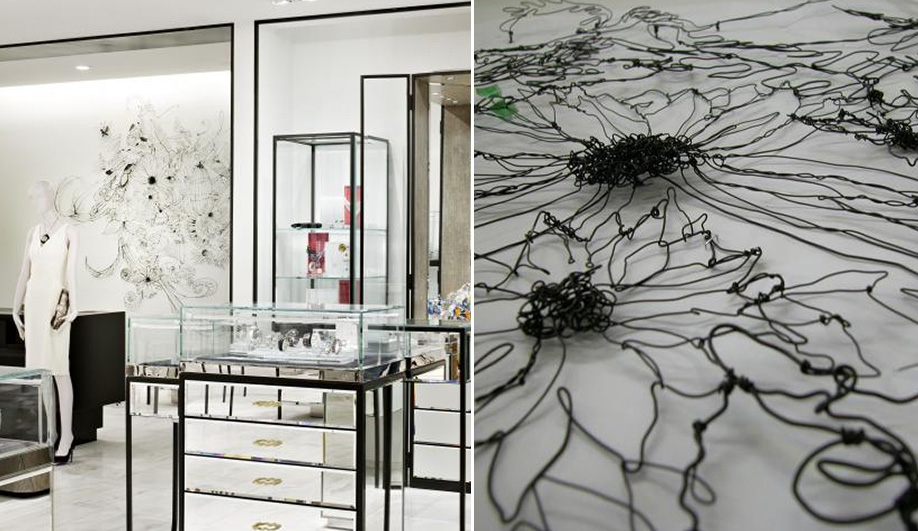 A wire wall sculpture for Printemps in Paris 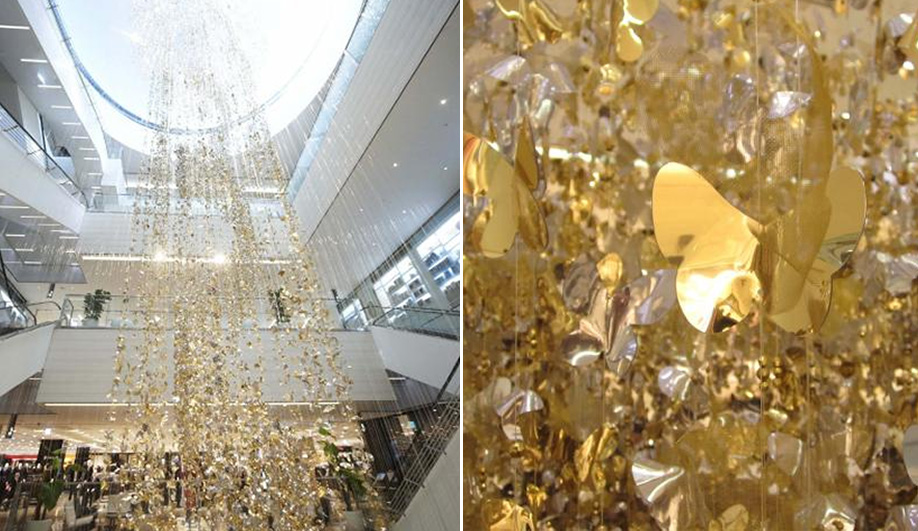 Mobile in gold, silver, crystal and glass for Lotte’s shop in Seoul 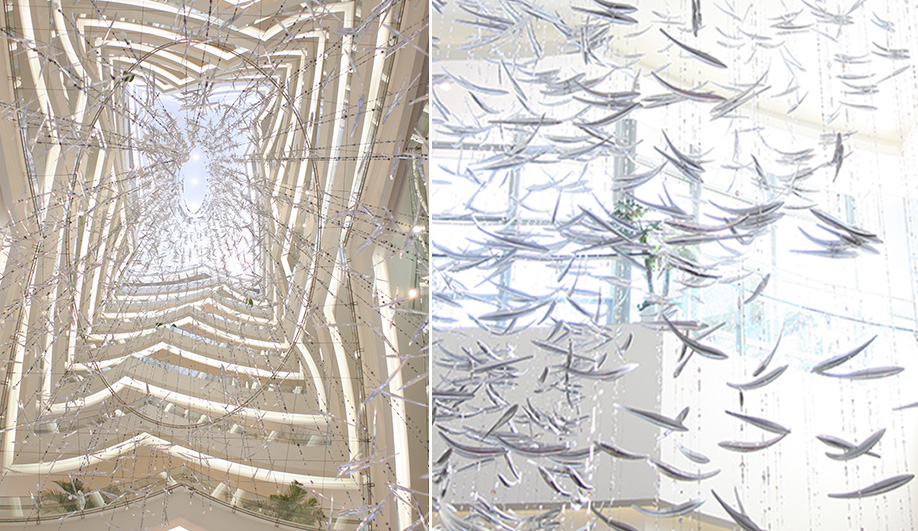 A mobile for the Lotte department store in Busan, Korea 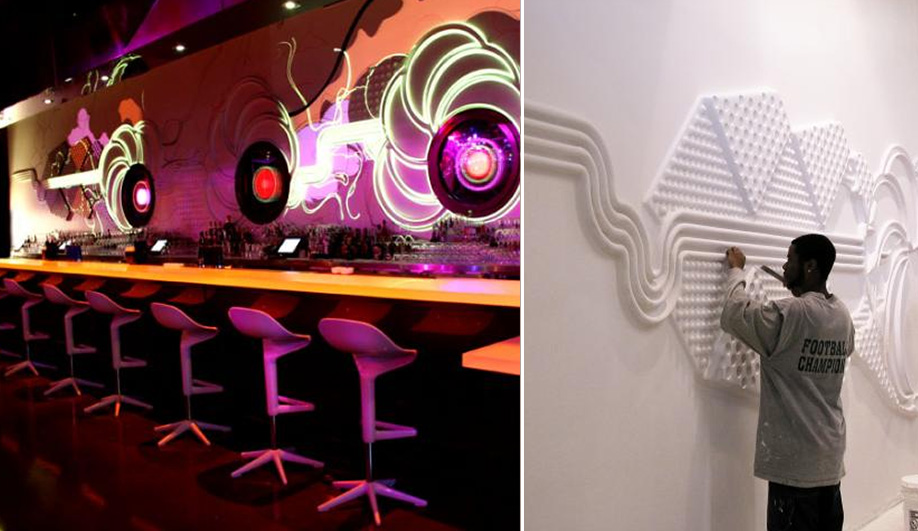 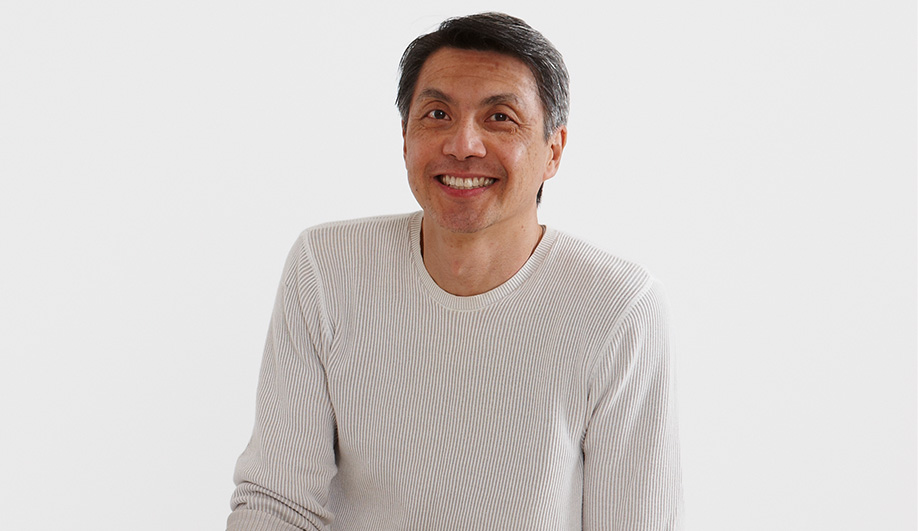 Edward Lam is being remembered as a kind and brilliant artist. Since founding Moss & Lam with Deborah Moss in 1989, he has worked with such renowned interior design firms as Yabu Pushelberg and Burdifilek, as well as fashion brands Joe Fresh and Louis Vuitton. The Toronto studio has crafted unique decorative interior features that dramatically accented walls, foyers and atriums. Lam came to this type of applied art after graduating from the Ontario College of Art and Design, where he met Moss, who later become his partner in life. There, he studied as a painter but graduated in performance art and video, where he learned how to create cinematic experiences.

This affinity for inspiring awe is seen in the portfolio he and Moss built over the past 24 years. One of their most celebrated designs is the Wave Wall at the Blue Fin restaurant in New York’s W Hotel, an interior designed by Yabu Pushelberg. Evoking water lapping against a shore, the hand-carved motif would set off a trend for decorative plaster walls. But none rivaled those of Moss & Lam, which also created the Droplet treatment at the Saltwater restaurant in Detroit.

Sculpted walls are just one facet of their work. The vast studio, in Toronto’s Junction neighbourhood, is a sight to behold, with all kinds of materials on display and a variety of projects always in the works. Working with bone, shell, leather, gold leaf, bamboo, polycarbonate, porcelain – the list goes on – the studio stretches the bounds of what can be achieved with each material. They employ handicraft and digital tools to come up with their interior designs, as well as a growing range of home furnishings and accessories.

“[After hearing of Edward’s passing] I went to Moss & Lam to speak to their staff,” says Glenn Pushelberg. “While waiting for them to arrive I sat in Edward’s chair and looked all around me. The room was filled with beautiful drawings, paintings, moulds and other wonderful things. His notebook was filled with handwritten notes of minutia with details that needed attending to. I started to think about Edward and all he meant to us: honest, caring, funny, happy to please, generous, loving of his family and friends, never ever a mean thought in his head.”

Perhaps the most delightful and surprising of Moss & Lam’s creations is Ursa Major ­- two 12-foot tall bears, their bellies carved out and filled with Swarovski crystals, locked in a dancing embrace. Refined at the top, and rough at the bottom, the plaster sculptures, which debuted at IDS in Toronto last year, pay homage to the process of hand carving.

“Edward Lam was an inspiration,” says Shauna Levy, director of IDS at the time and now president of the Design Exchange. “He was a talented, creative and imaginative person who always had a smile and an encouraging word. I had the pleasure of working with him and Deborah on the great big Ursa Major Polar Bear Project at IDS, an installation full of intelligence and humour.”

Joe Mimram brought a version of the bears to his Joe Fresh flagship in New York over the holiday season of 2012-2013. At the time of Lam’s death, the studio was working on a new furniture collection with Avenue Road, which also carries miniature Ursa sculptures, called Walking Bears.

“Edward’s sensual, humanistic approach to his craft was a true reflection of his gentle spirit, informing a most revered portfolio of work that reaches around the world and back again,” says owner Stephan Weishaupt, speaking on behalf of his team at Avenue Road. “We are filled with sadness as we have lost a most precious member of the Avenue Road family.”

Alessandro Munge and Sai Leung of Toronto design firm Munge Leung, a regular collaborator of Moss & Lam, echo these sentiments. “We have known Edward and Deborah for many years, and are fortunate to have worked with them on many projects in the past. Edward was a true artist and incredible talent, and his work made every project truly distinctive. He will be sorely missed.”

Lam was also working on a number of other commissions, including an installation for the Joe Fresh store on Toronto’s Queen Street West during the annual all-night art event Nuit Blanche; and the Flux mobile – reminiscent of book pages scattered in mid-air – for the Kitchener Public Library by Levitt Goodman Architects.

Lam died of an undetected brain aneurysm. He was 54. Deborah Moss will continue to carry Moss & Lam forward.