In Memoriam: Paolo Soleri
The visionary architect behind Arcosanti, an eco-community in the Arizona desert, passed away this week. An exhibit on now at the Scottsdale Museum of Contemporary Art shows the breadth of his ingenuity. 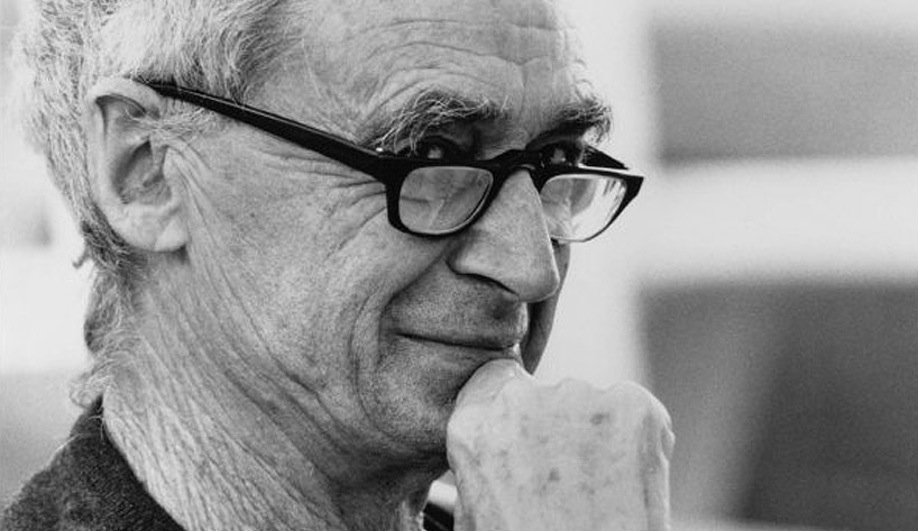 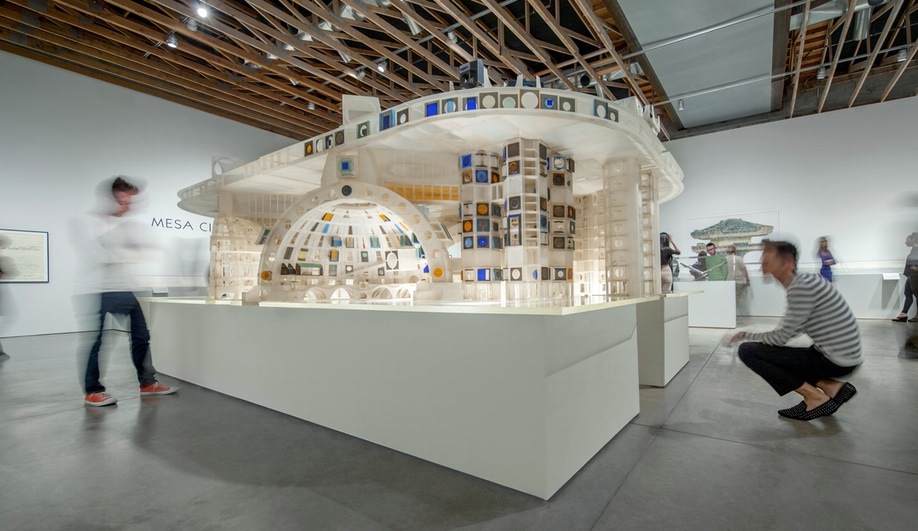 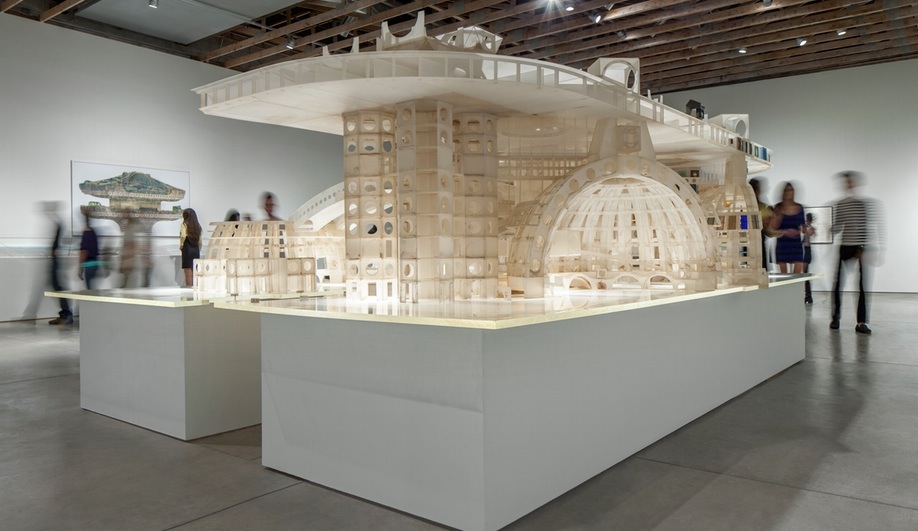 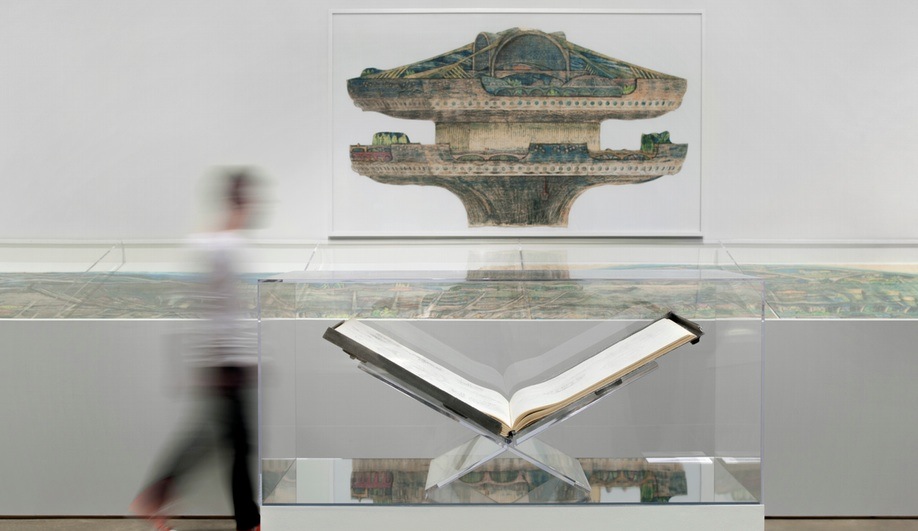 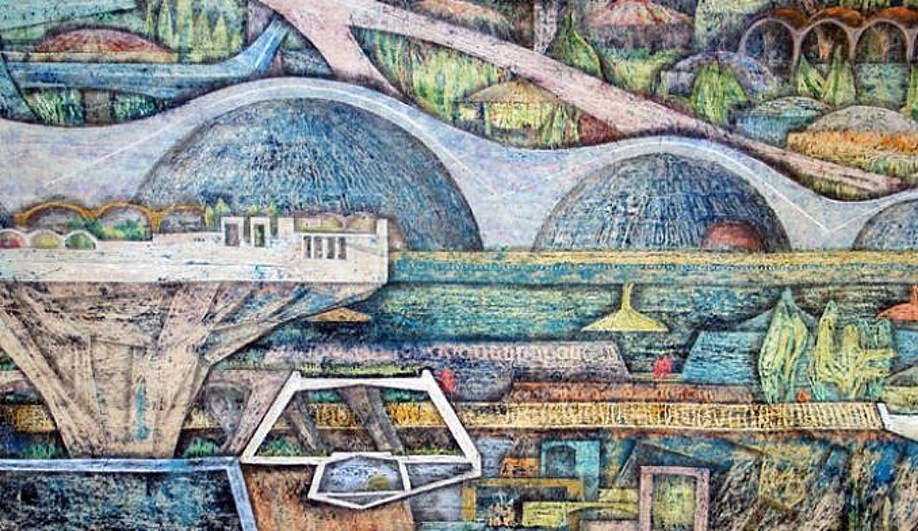 Tuesday marked the passing of Paolo Soleri, the Italian-American architect and urban theorist best known for the ongoing utopian experiment of Arcosanti. He was 93.

Soleri established Arcosanti in the desert 70 miles north of Phoenix, Arizona, in the ’70s. Named for the discipline of arcology, itself a portmanteau of “architecture” and “ecology” coined by Soleri, Arcosanti was conceived holistically as a massive human habitat. Soleri designed the town for 5,000 residents living in high density with minimal environmental impact, and an emphasis on shared resources.

Soleri was born in Turin, and first moved to the U.S. to complete a fellowship with Frank Lloyd Wright’s Taliesin school. After returning to Italy to design a ceramics factory, he moved to Scottsdale, AZ, in 1956, where he established his architectural practice. It was also here that he founded the Cosanti Foundation, an educational non-profit established to develop the ideas of arcology. The foundation is responsible for the ongoing development of Arcosanti; to date, more than 7,000 people have worked on its construction. It is in Arcosanti that Soleri will be interred.

Before his passing, the Scottsdale Museum of Contemporary Art (SMoCA) worked with Soleri to put together three exhibits demonstrating the scope of his work. The first part, which opened in 2010, looked at Soleri’s designs for bridges as activators of sustainable, connected communities. The second exhibition is open now, and runs until April 28th. Entitled Paolo Soleri: Mesa City to Arcosanti, this exhibit explores Soleri’s large-scale urban planning.

Among the highlights are three works that demonstrate the vision and ambition of Soleri’s practice: sketches for Mesa City, his first design for a complete community; a 13-metre-long scroll with drawings of Macro-Cosanti, an expanded and urbanized version of Arcosanti; and Soleri’s first 3-D model of Arcosanti. These sketches and models are now on view in the US for the first time in 40 years.

In a statement released after Soleri’s death, SMoCA Director Tim Rodgers described him as someone who “inspired Arizonans to examine the beauty of the desert landscape, to consider the adaptability of the early desert inhabitants, and to think wisely about our impact on future, finite resources. Architecture was the vehicle he used for his broad thinking about social, economic and ecological issues that define and delimit the world we have created and in which we live.”

SHARE
Twitter, Facebook, LinkedIn, Pinterest, Email
TAGS
Exhibition, Personalities,
AZURE is an independent magazine working to bring you the best in design, architecture and interiors. We rely on advertising revenue to support the creative content on our site. Please consider whitelisting our site in your settings, or pausing your adblocker while stopping by.