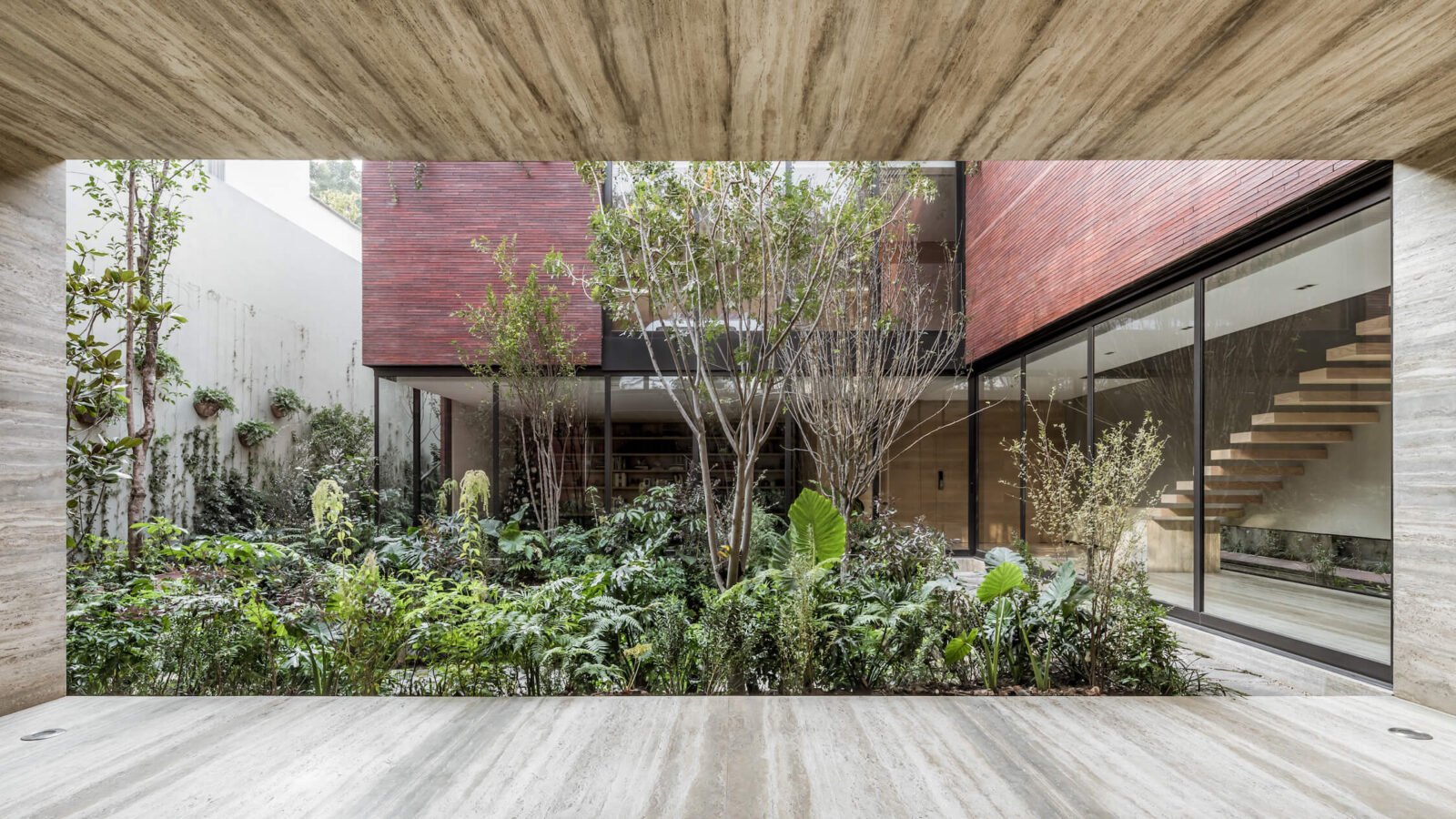 In Mexico’s Frenetic Capital, a Family Home by Esrawe Studio Serves as an Island of Calm

Carving out a private sanctuary in a frenetic megalopolis like Mexico City is akin to finding elbow room in midtown Manhattan during rush hour. Not so easily done. In any case, that was the mandate faced by architect Hector Esrawe when he signed on to design a residence for clients seeking intimacy and isolation in Mexico’s sprawling capital. His solution: an unabashedly cloistered structure that both keeps the teeming city at bay and fosters connection inside.

But Casa Sierra Fría, as the 576-square-metre, two-storey home is known, is no brutish fortress. Comprised of a series of volumes arrayed in a U shape, it boasts a rich red-brick skin and a garden at its centre. “The continuity of the facade, expressed by a single material, contributes to the monolithic…character of the concept,” says Esrawe, whose studio was responsible for both the architecture and the interior design of the home, built for a family of four.

As cocooning as the volumes may be, however, they are also airy and interlinked, designed to encourage communion. “When entering the house, a continuously flowing space is revealed surrounding the garden, the element that brings it all together and is the core of the design,” says Esrawe.

This courtyard-like green space, framed on three sides by glass walls, is visible from practically all of the rooms in the home, which include a sunken living room, a dining room, a kitchen, four bedrooms and a studio. Floating blond-wood staircases connect the house’s two levels, which are capped by an ample roof terrace. A wine cellar and an outdoor patio round out the program. 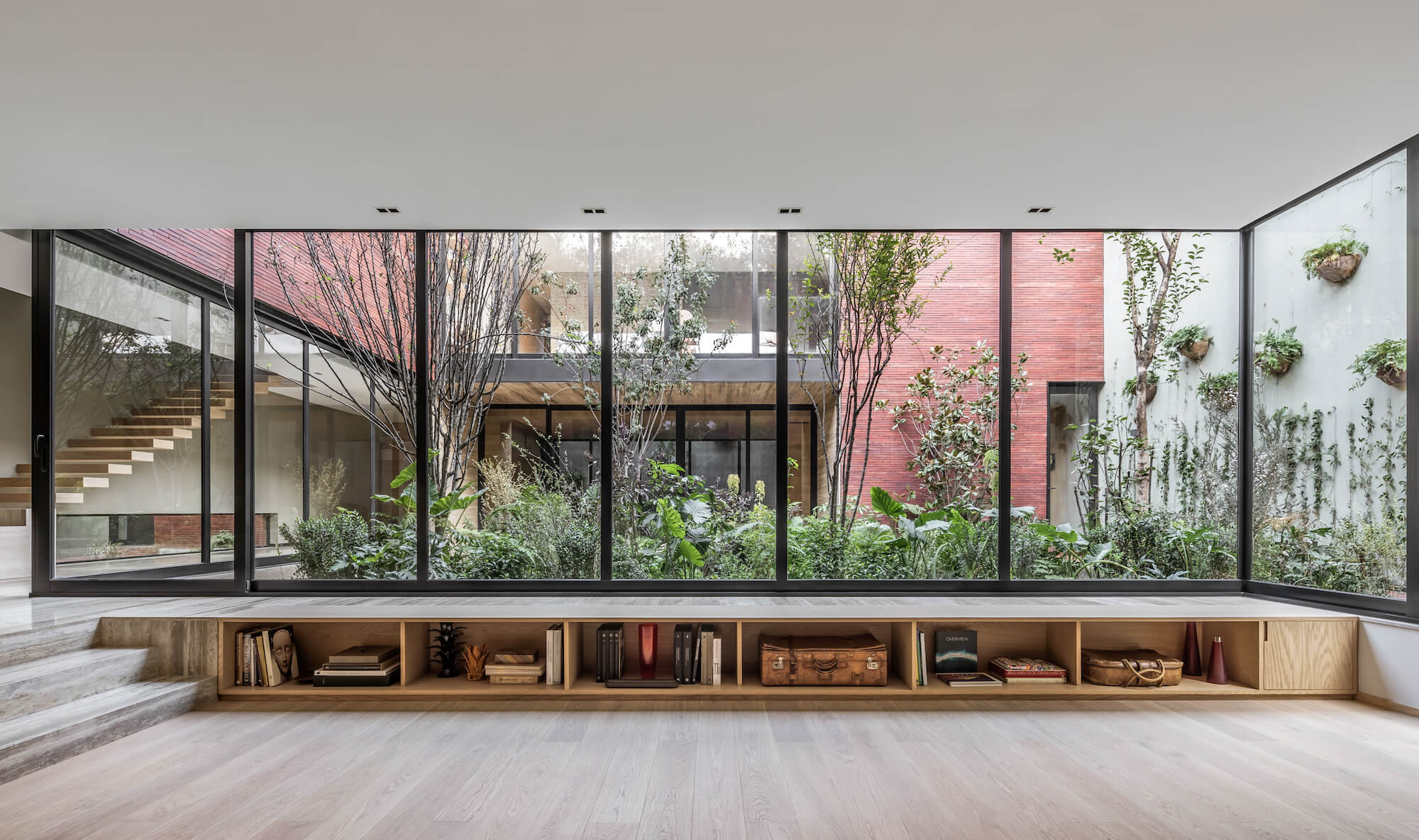 Two years ago, Esrawe’s sleek, dynamic restaurant design for El Califa, a beloved taqueria chain in Mexico City, won a 2018 AZ Award in the category of Commercial/Institutional Interiors, proving that the architect is also a deft hand when it comes creating public spaces. But though that project, on busy Avenida de los Insurgentes, was open to all, it shares unlikely common ground with its residential counterpart.

Like El Califa, Casa Sierra Fría promotes “encounter and interaction,” only on a much more intimate, familial scale in the latter’s case. Whereas the taqueria serves as an oasis in the vast metropolis, the home is more of an island unto itself in that same sea of humanity, “fostering,” in Eraswe’s words, “an introspective relationship, isolated from the exterior.”