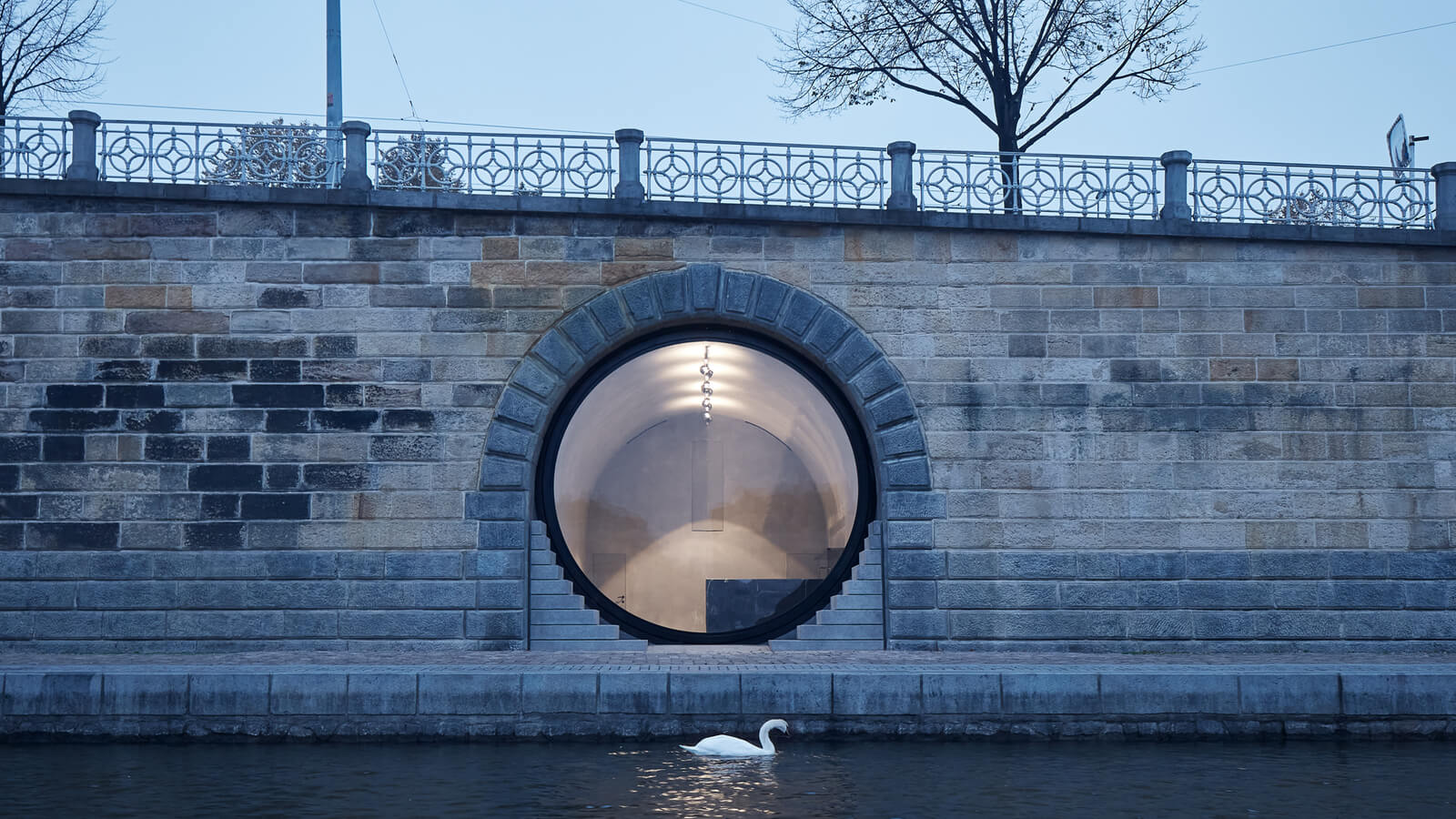 For decades, Prague’s residents had no real relationship with their riverfront, its wide waterside promenades underused and underloved. All that has changed with the completion of the first phase of an extensive revitalization program led by Petr Janda and his team at local architecture studio Petr Janda / Brainwork. 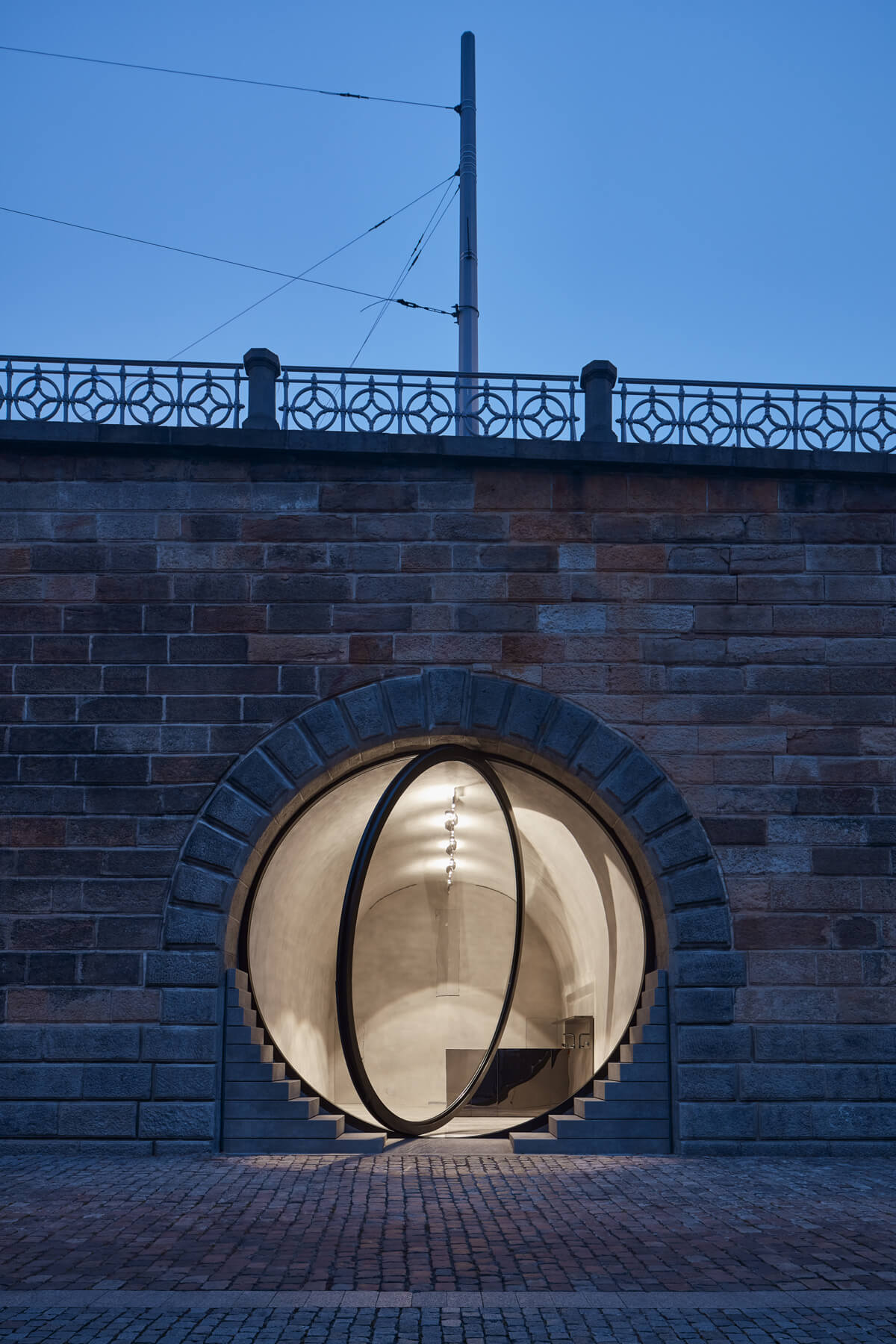 In 2008, local studio Petr Janda / Brainwork started events along Prague’s underused waterfront, leading to an extensive commission to reimagine a four-kilometre stretch that began in 2017.

The focus was a four-kilometre-long section of the embankment along the Vltava River and the reconstruction of 20 historic vaults located in the riverfront wall. Originally used for ice storage and later as areas for boats unloading their wares, these volumes have been redesigned with cool modular interiors made of cast and sandblasted mineral concrete and black mirror steel; the monochromatic spaces are to be occupied by cafes, clubs, studios, galleries, workshops and public lavatories. 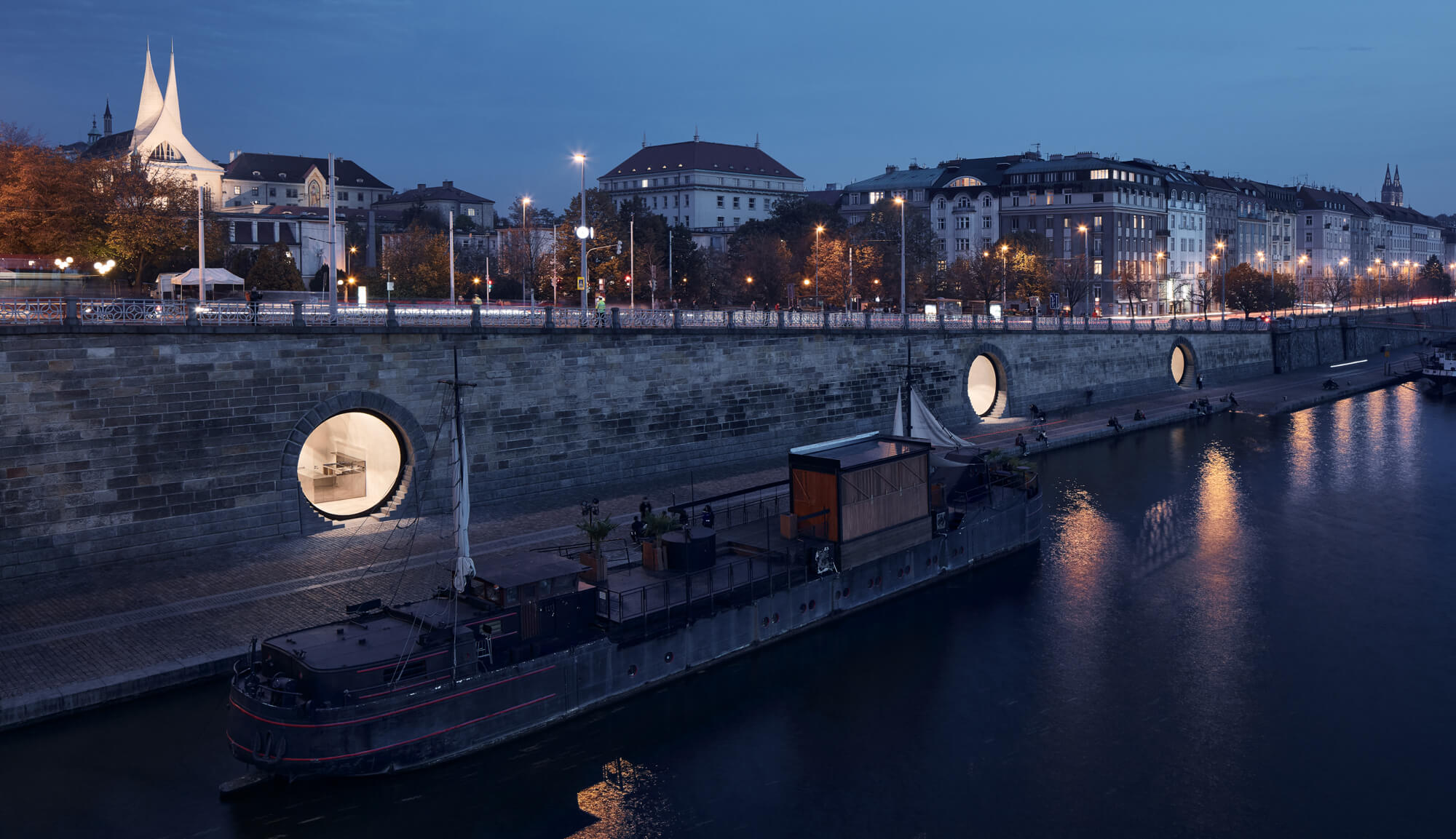 As part of the initial phase of the river revitalization project, six vaults along the city’s Rašín Embankment were fitted with elliptical rotating doors.

So far, the six vaults along the Rašin Embankment are the most eye-catching. Here, the clunky metal curtain wall that once covered the openings has been replaced with oversized elliptical rotating windows — almost five and a half metres in diameter — that function as entrances. A clever use of floor and infrared heating as well as air conditioning with heat recovery means they can remain open year-round, ensuring a seamless transition between the water, promenade and interior spaces. 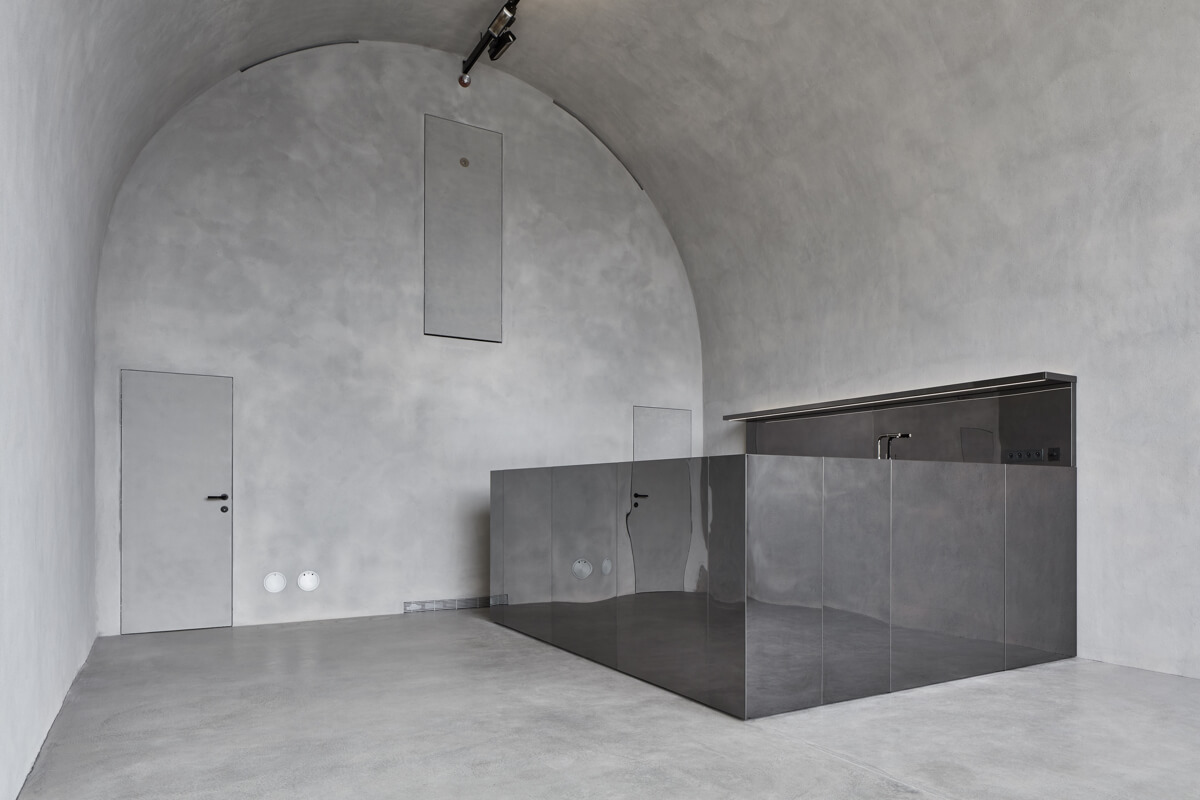 The renovated interiors are trimmed in sandblasted mineral GeoLite plaster for use as galleries, cafés, studios and more.

What also makes this ongoing adaptive re-use project remarkable is that, like many good things, it began at a grassroots level. “Back in 2008, we started organizing exhibitions and performances in the public spaces by the river and, later, in the vaults,” says Janda. “We wanted to change the perception of the riverfront area into a space for multi-layered social life.” The city caught wind of these popular interventions, leading the mayor to commission the expansion in 2017. 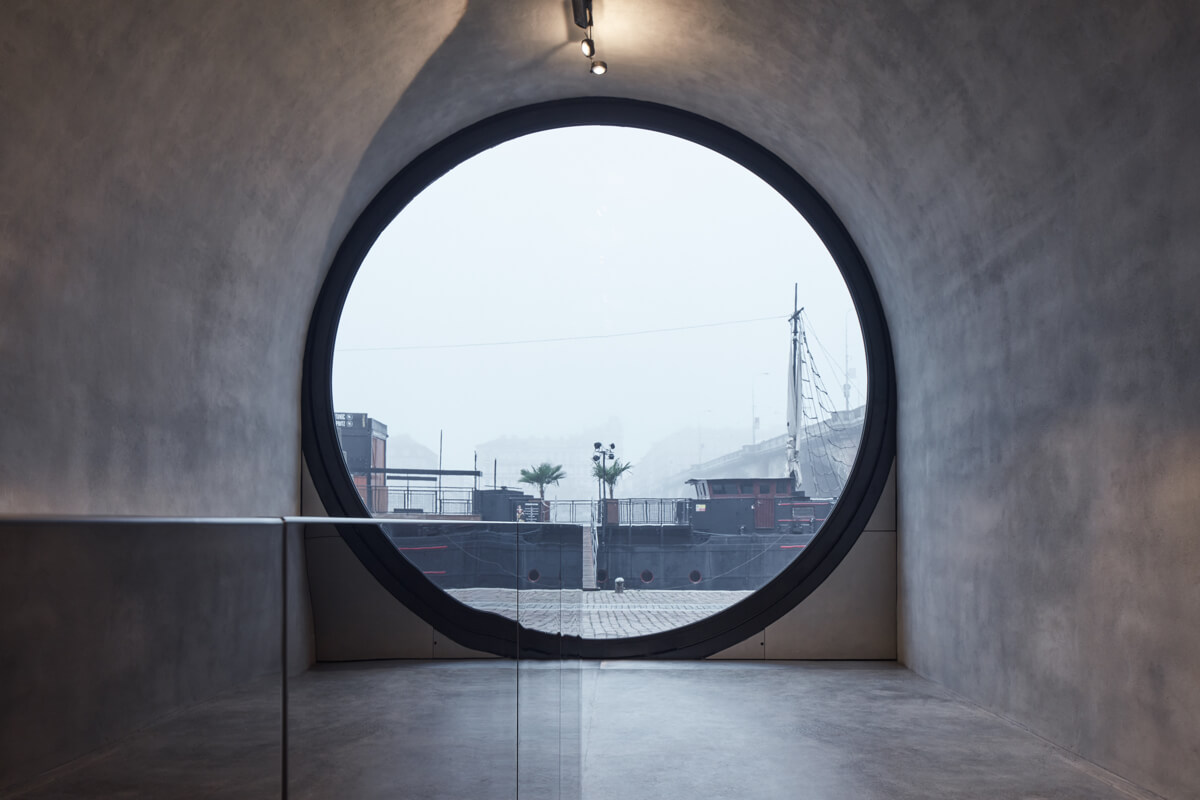 The completed redesign is only the first phase of a major overhaul, which will see additional striking features animate the riverfront.

The next phase of the revitalization will see new street furniture and lighting systems and the construction of aquatic amenities. “An issue we need to address is the relocation of boats and floating facilities such as restaurants, so that they don’t block contact between the newly opened vaults and the river,” Janda says of the expansion. To that end, he and his team have already prototyped a winning formula: an uncompromisingly sleek and modern architecture that draws attention as well as life to the river and its historic embankments, but doesn’t overwhelm them.