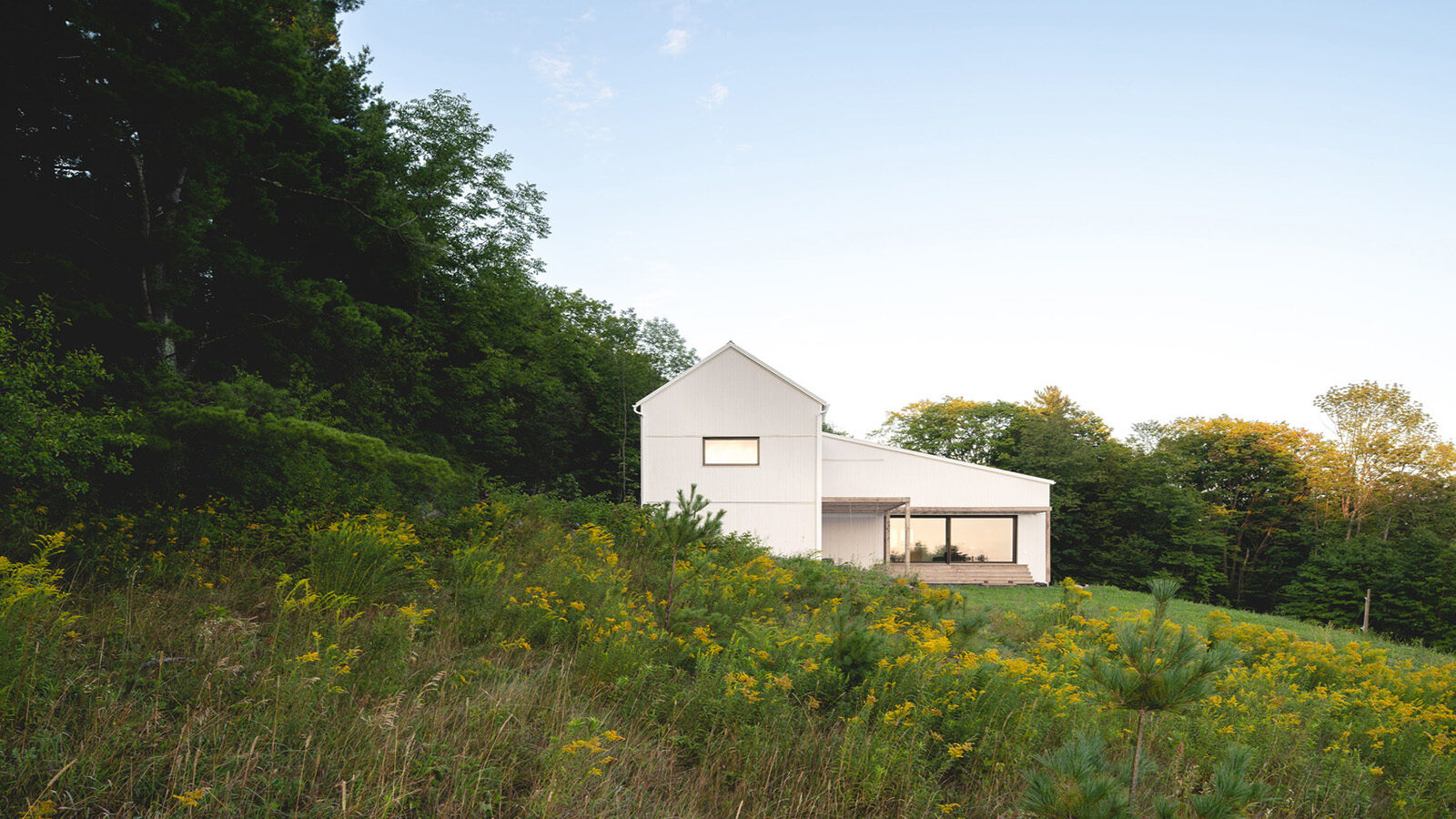 Remote houses are often built as second homes — but oftentimes, they serve as permanent dwellings for families who want a bit of peace and quiet. The aptly named Saltbox House, designed by L’ Abri with Rocket Construction, falls into the latter category. Intended to be a primary residence for a Bromont-based family of four, the 288-square-metre home sits on the edge of Mont Gale, a peculiar, discrete form melding into the surrounding scenery — its quiet appearance dissimulating its exemplary energy performance. 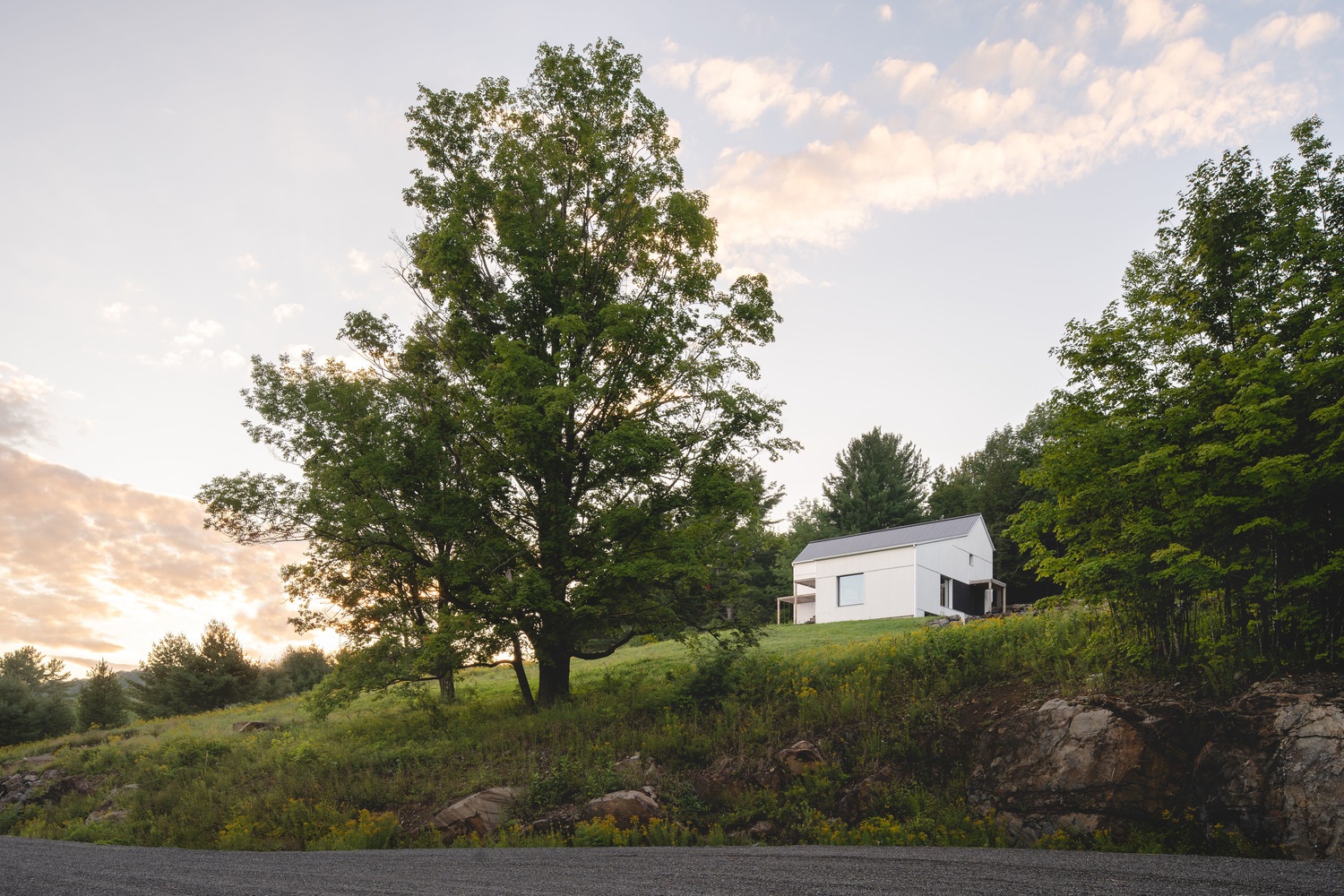 The saltbox, a historic typology commonly found in the Quebec region of Estrie, is distinguished by a long-pitched roof with a slope that continues down its side (it’s known as a catslide roof). The three-level construction echoes the topography, with the roof also following the cliff’s gentle incline, thereby remaining in harmony with the landscape. Built to Passive House standards, the house is both resilient and modern — using ultra-high-performance materials to reduce its energy consumption. 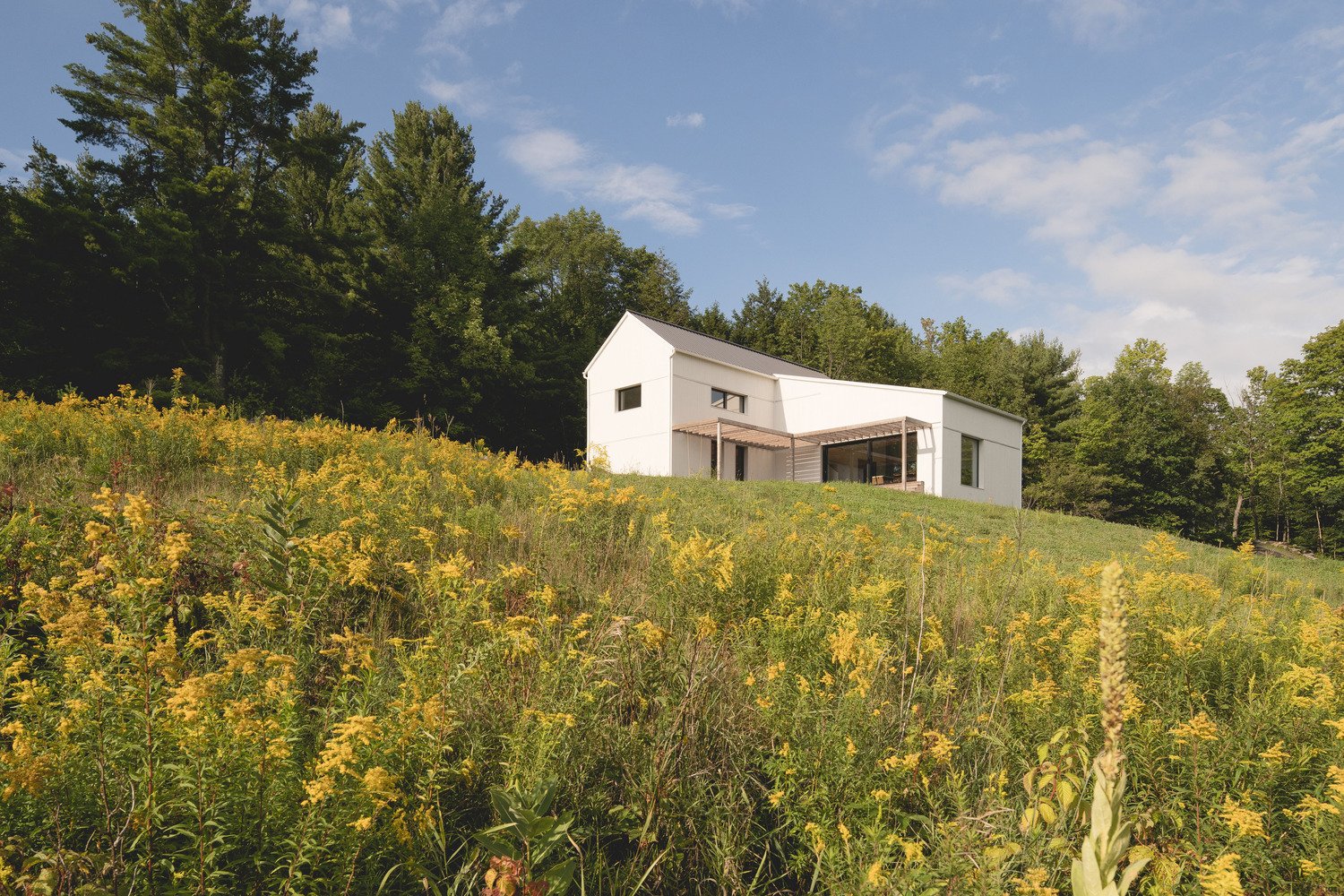 In this climate, the architects faced some challenges when it came to ensuring the home’s design and construction could guarantee low energy consumption and longterm sustainability. “We’re about at the Northern limit of where it is possible to [build] this,” concedes Francis M. Labrecque, one of the project leads. The first issue: it had to be livable in the winter. To minimize the need for artificial heating, the house’s L-shaped plan is oriented towards the south to encourage solar heat gain in the colder months. 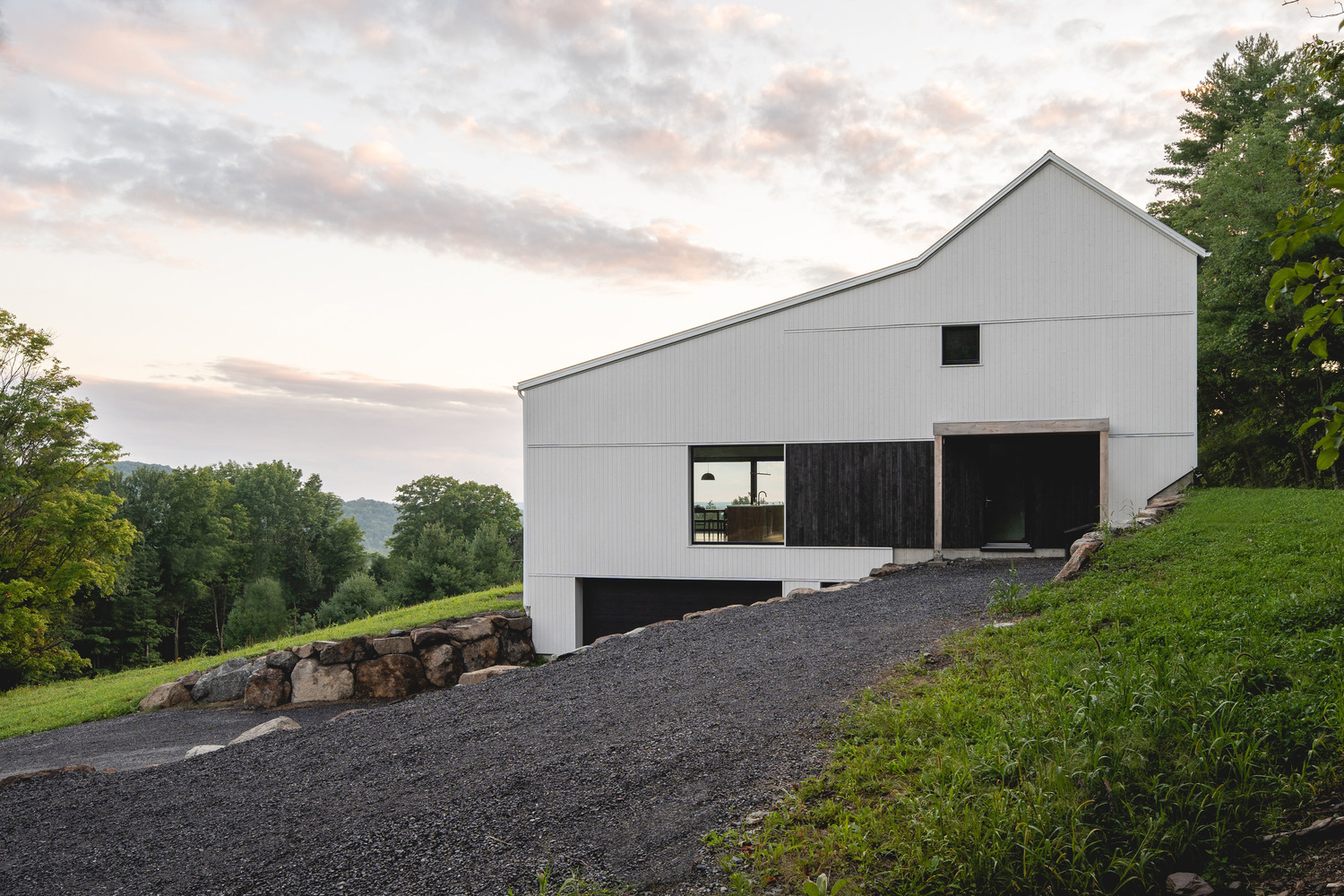 Additionally, each of the house’s materials was carefully chosen. Even the building’s pine siding is a carbon sink, gradually neutralizing the embodied energy of the construction process over its lifespan. The home’s double frame also allows for extra insulation to be placed within the structure (nearly 34,000 pounds of cellulose made of recycled materials), facilitating temperature conservation inside. “Buildings make up almost 40 per cent of total energy consumption in Canada,” remarks Rocket Construction’s Sarah Cobb. Constructing homes to Passive House standards is one way to reduce this: “To me, that’s what you should spend money on in building a house,” explains Cobb. 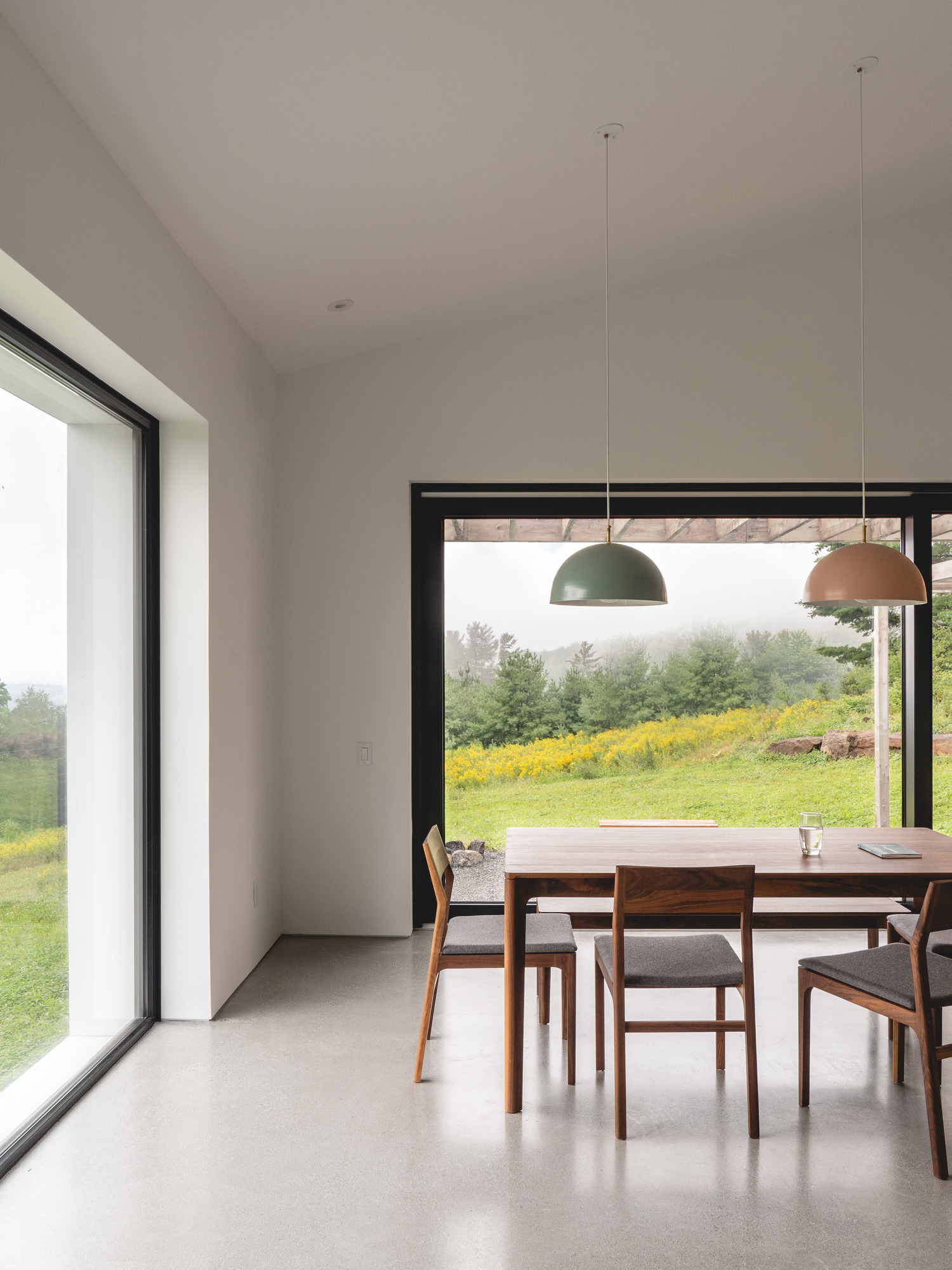 The inclusion of multiple large windows, for natural light and pastoral views, is an impressive sustainability feat, as abundant fenestration is often difficult to achieve in Passive House builds, which require an extremely airtight building envelope. The windows are UPVC extrusions, triple glazed and filled with inert gases — making them extremely insulated. 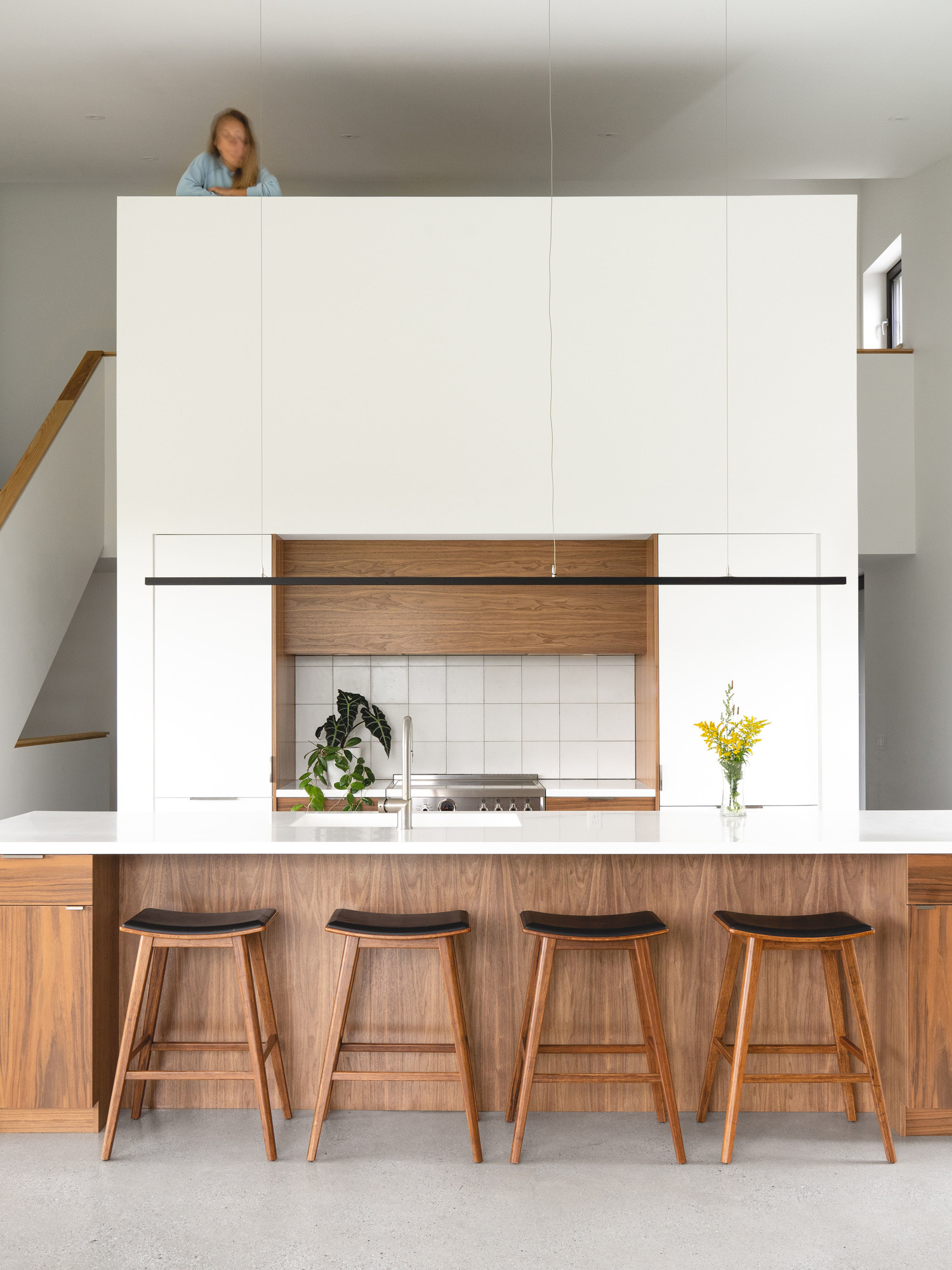 Given that the family would be living there full-time — itself a far more sustainable choice than keeping a second home — comfort and quality were priorities in the build. A burnt cedar entryway leads to the main floor, which houses the kitchen and living room area. Wooden touches throughout ground the home in its rural environment, while soaring ceilings and crisp white walls maintain an airy quality. Sparse but comfortable furniture allows the home’s design to shine. 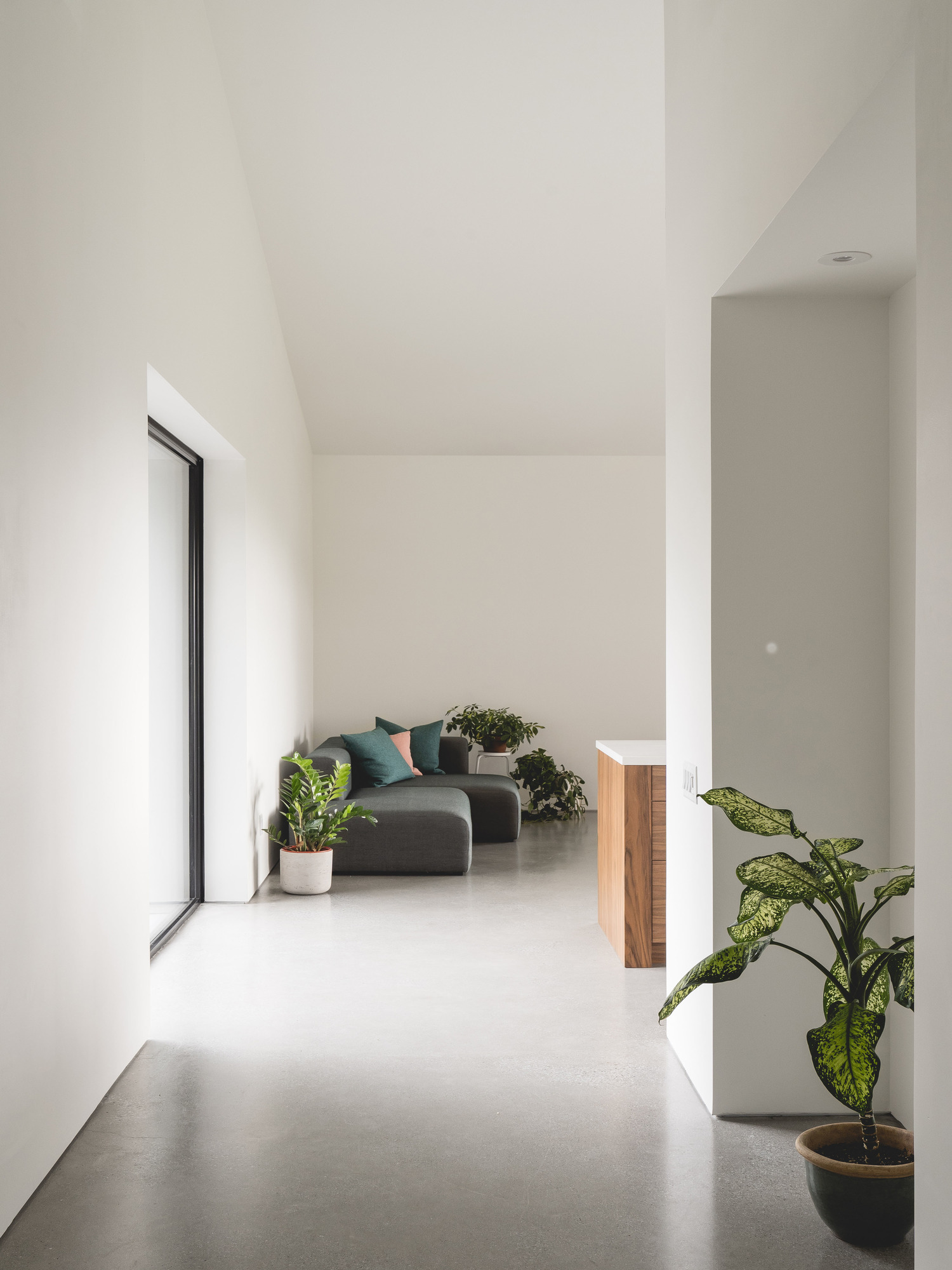 Combining a traditional typology with modern details and minimalist interiors, the Saltbox House confirms that aesthetics need not be sacrificed in the name of efficiency. Although more and more homes built to Passive House standards are being erected around the world, the Saltbox House is only the third of its kind in Quebec. The architects hope that the project’s success will encourage others to focus on sustainability — and that it will age well. “We wanted to ensure that in 10 years, we don’t look at [this house] and ask, ‘Why did we build this?’ ” 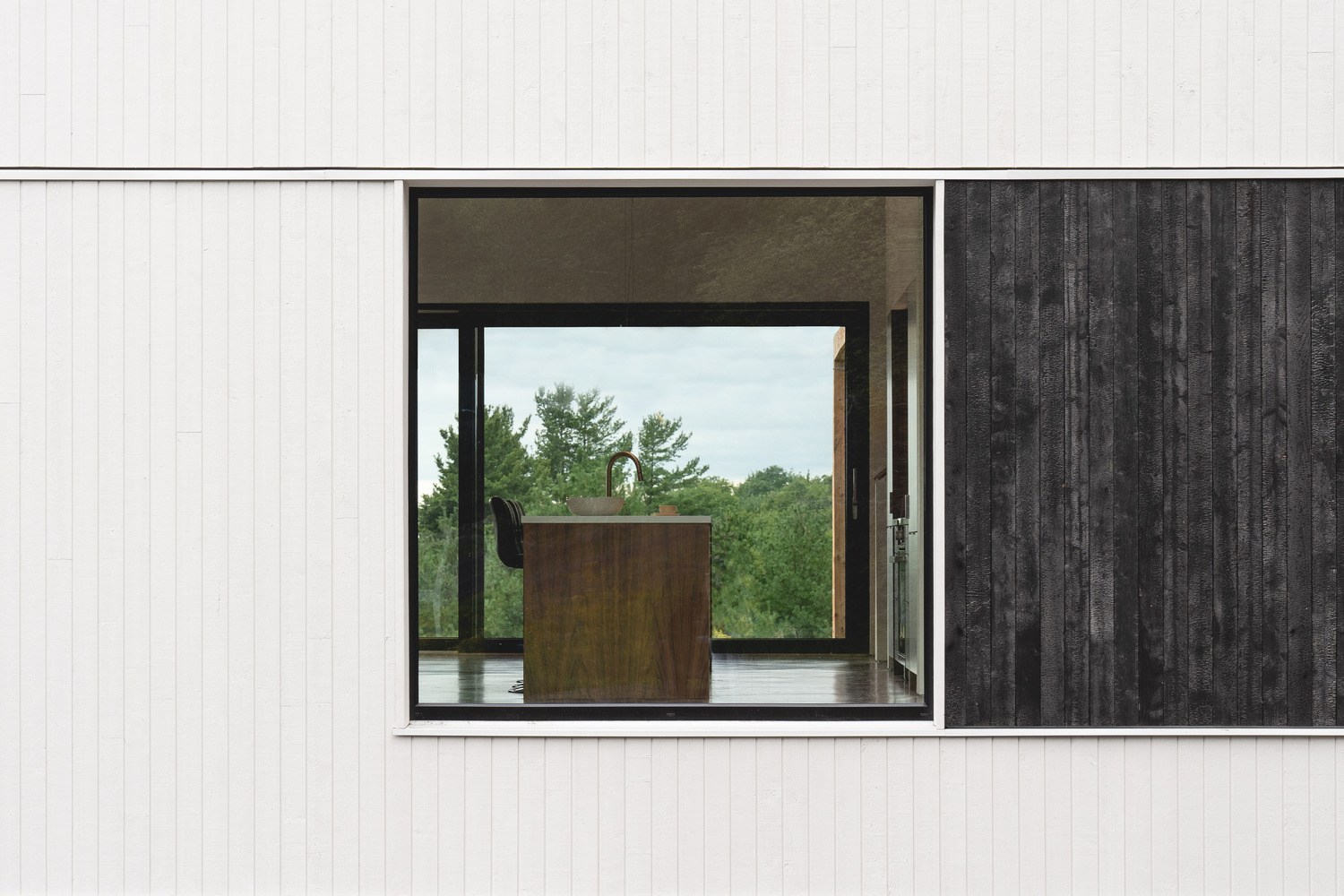 Although the house is visually striking, its dedication to conserving energy is what makes it exceptional. William Murray of Rocket Construction puts it best: “It’s not that I don’t like the look of the house. But it’s how it works that I like the most.”