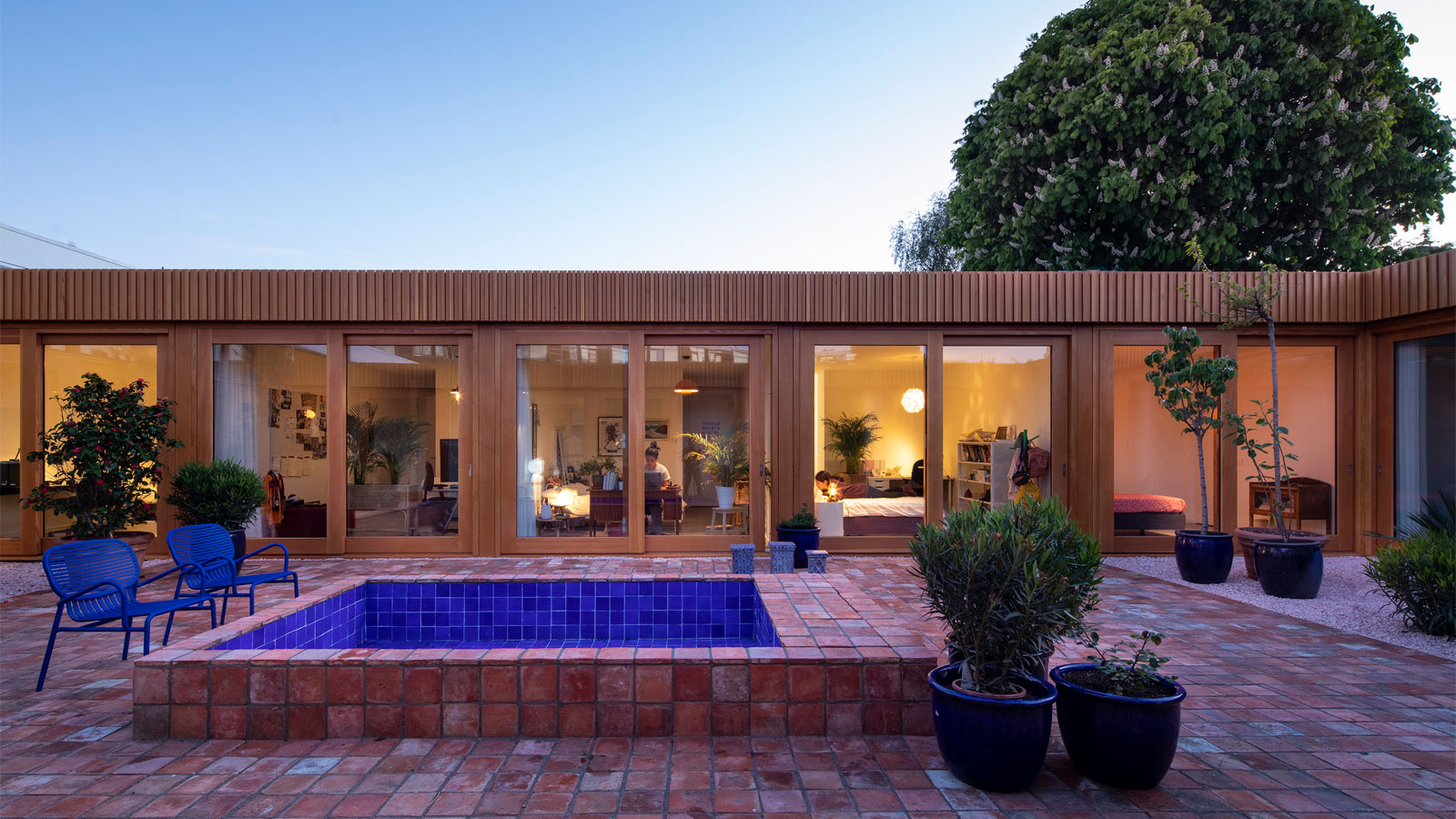 In Rotterdam, MVRDV Transforms a Commercial Complex Into an Elegant Villa

With a courtyard – and a lush garden – as the heart of the home, the riad is a staple of historic Moroccan architecture, with Moorish homes and palaces traditionally designed to face an inward oasis. In 21st century Rotterdam, however, the typology offered surprising inspiration for a thoughtful and inventive adaptive reuse project by architects MVRDV.

Dubbed Villa Stardust, the project saw a single-storey commercial building transformed into a house for a family of five – along with facilities accommodating the homeowner’s small medical practice. Given the building’s largely commercial surroundings, the busy urban context offered relatively little privacy, complicating the addition of a family home. Enter the riad.

In order to create an intimate and comfortable family milieu, MVRDV opted to orient the home inward by inserting a courtyard in the middle of the existing single-storey building. While exterior walls were left intact, the centre of the building was carved out to create an open space.

Conceived as a sort of outdoor living room, the 230-square-metre space is entirely enclosed by the building around it, making for a comfortable and private setting.

Clad in reclaimed terracotta tile, the courtyard exudes a sense of Mediterranean warmth, with the rustic ambiance complemented by simple plantings and notes of soft landscaping. Vivid blue-glazed tiles accent a small water feature, creating a visual centrepiece for the courtyard – and the whole of the home.

“We left external walls intact, to guarantee privacy, and then reduced square metres considerably to improve livability. At 770-square-metres, the villa is still quite spacious, but by using symmetry and a quiet colour palette, with a few Mediterranean accents, we created a sunny atmosphere,” says MVRDV partner Fokke Moerel.

Oregon pine windows frame the whole of the courtyard, with the same natural wood finished also providing a focal point for the pared down interiors. An orthogonal layout embraces the courtyard, leaving the living space and bedrooms awash in natural light through the floor-to-ceiling windows. Internal circulation through the home is routed along the perimeter, maintaining a connection to the courtyard – which also offers shortcuts from one room to another – for each bedroom.

Inside, subtle embellishments convey hints of the Mediterranean throughout the home. Morrocan tiles line the bathroom floors, while the stainless steel kitchen block is powder-coated in a similarly warm tone.

The L-shaped medical office is tucked into a street-facing corner of the building. While the office faces out onto a portion of the central courtyard, a sense of privacy is maintained through strategically placed plantings.

For Rotterdam-based MVRDV – who boast a portfolio of ambitiously scaled projects throughout the world – the comparatively modest local intervention exemplifies the firm’s penchant for architectural problem-solving on a refreshingly intimate and introspective scale.