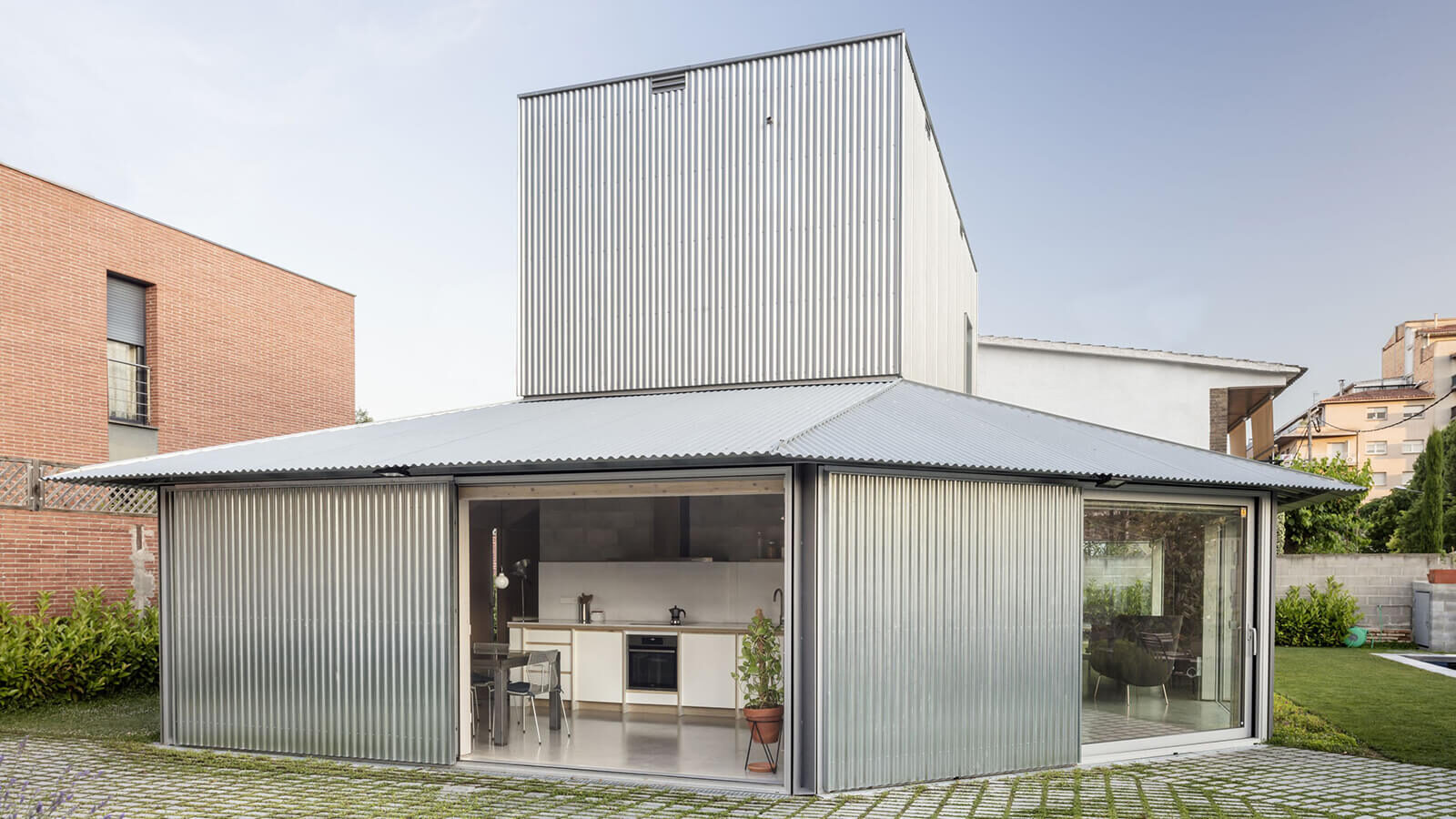 In Spain, A Modern Home Embraces its Historic Context

Through its layering of spaces, Casa 905 is conceived as a home that is at once private and remarkably open.

In Igualada, the remains of ramparts and an 11th century fortress trace the Spanish town’s rich architectural history back to its medieval origins. Over the years, the town has embraced all manner of architectural styles — from a Romanesque church, to a modernist housing block, and a competition-winning contemporary cemetery completed in 1991. But while today’s architects often favour modern building materials, typologies of the past continue to inspire. Take, for instance, Casa 905 — an updated take on a medieval fortress designed by Spanish firm HARQUITECTES. 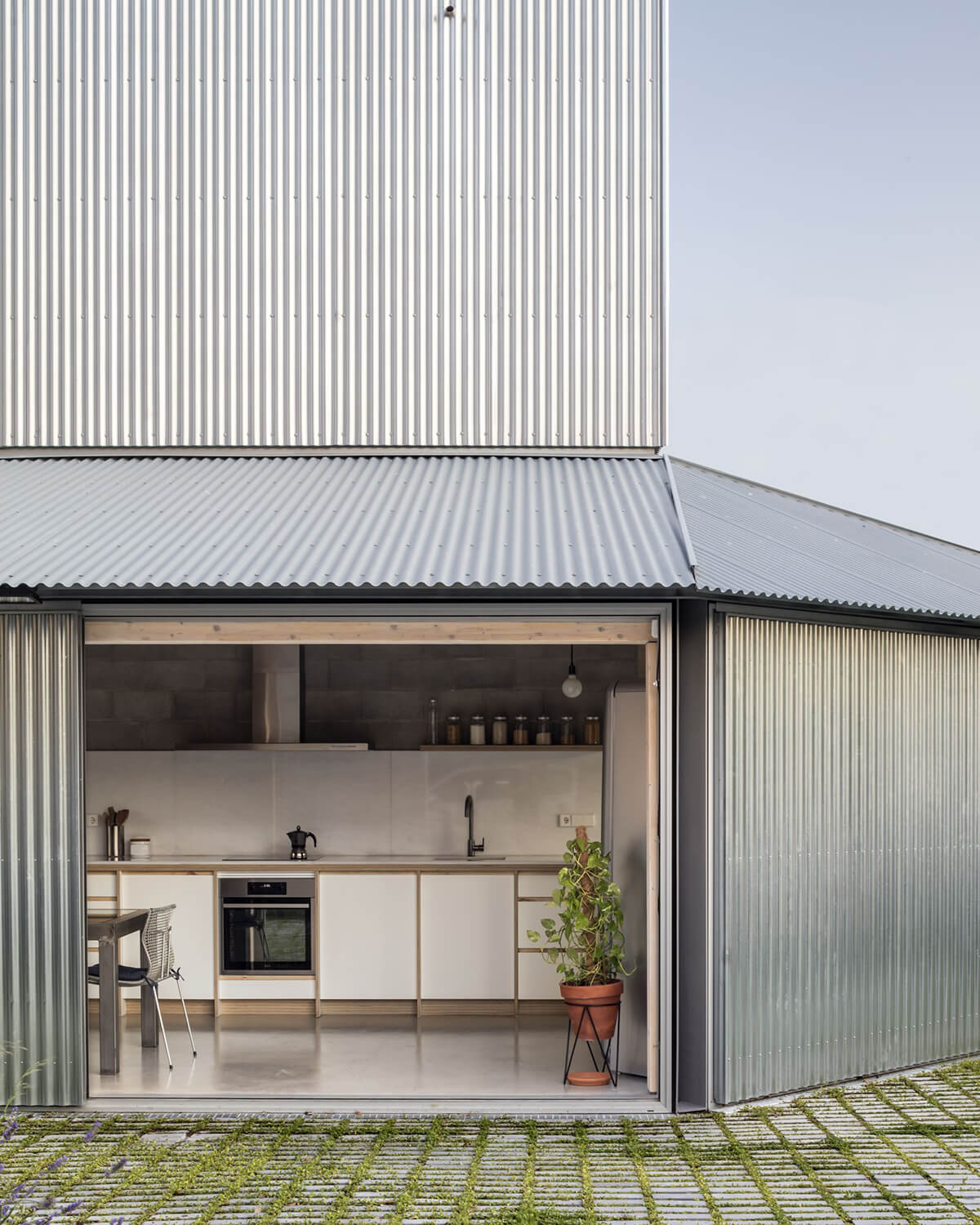 The architects faced several challenges from the project’s design phase to its completion, ten years in the making. To start with, the existing site conditions seemed to be at odds with the client’s needs. Their request: a low-maintenance home with plenty of privacy and a strong relationship to the garden. But the flat and treeless plot, with an abutting southern neighbour and a series of housing blocks to the north, was hardly the tranquil and private space the clients had envisioned. 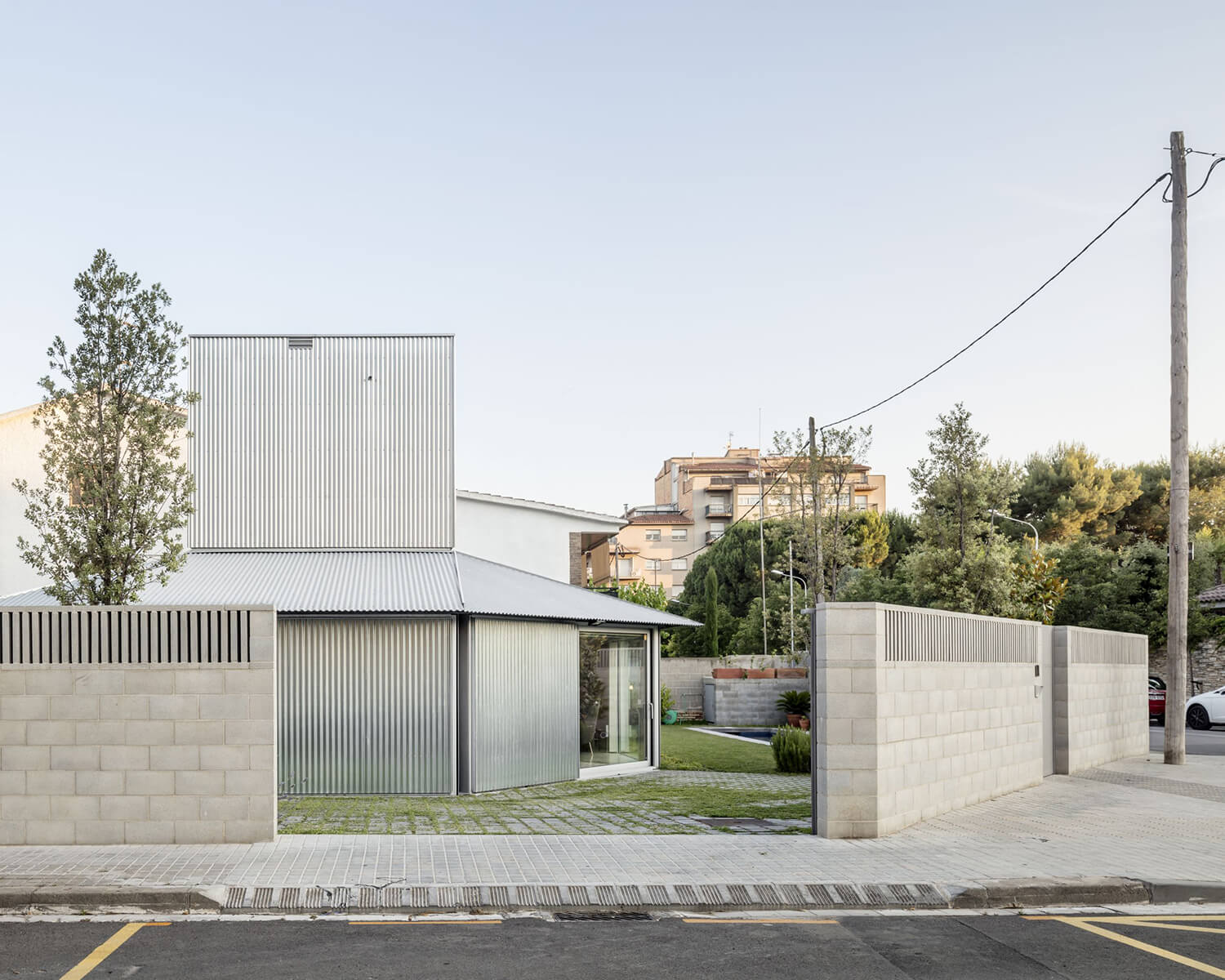 To mitigate this, the architects built a two-metre-high masonry wall around the site — the first of the house’s four concentric layers. Placed off-centre on the site, the home is carefully tucked away from the street, with evergreen trees planted along the site’s northern edge for an additional layer of privacy. 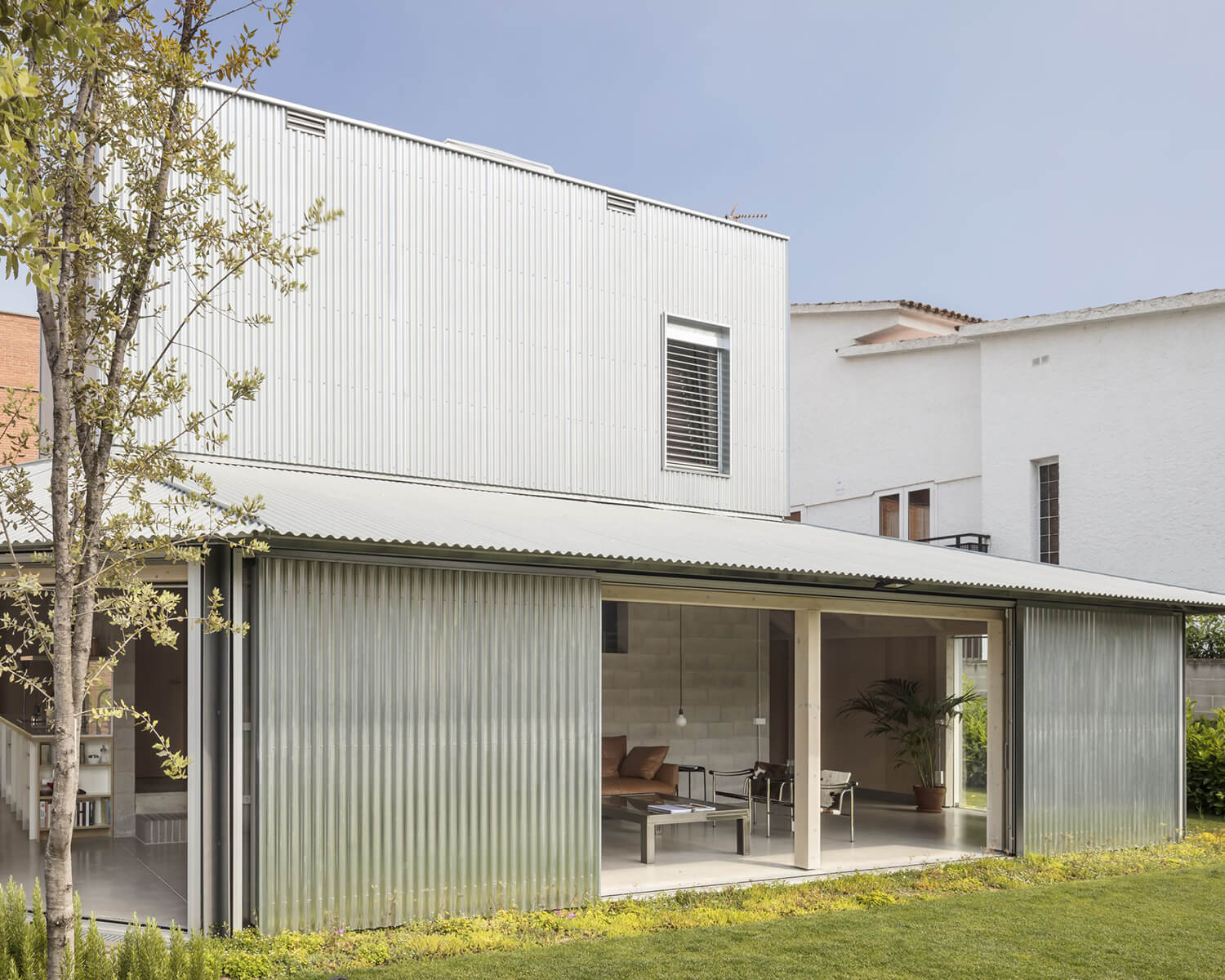 From the street, one might not even recognize it as a house. Clad in corrugated galvanized sheet metal, the structure is rendered with a false sense of impermeability. Once inside the courtyard, however, its layers peel back one by one “like an onion,” according to the architects, to expose a charming yet minimal interior that integrates the client’s fondness for Japanese domestic architecture. 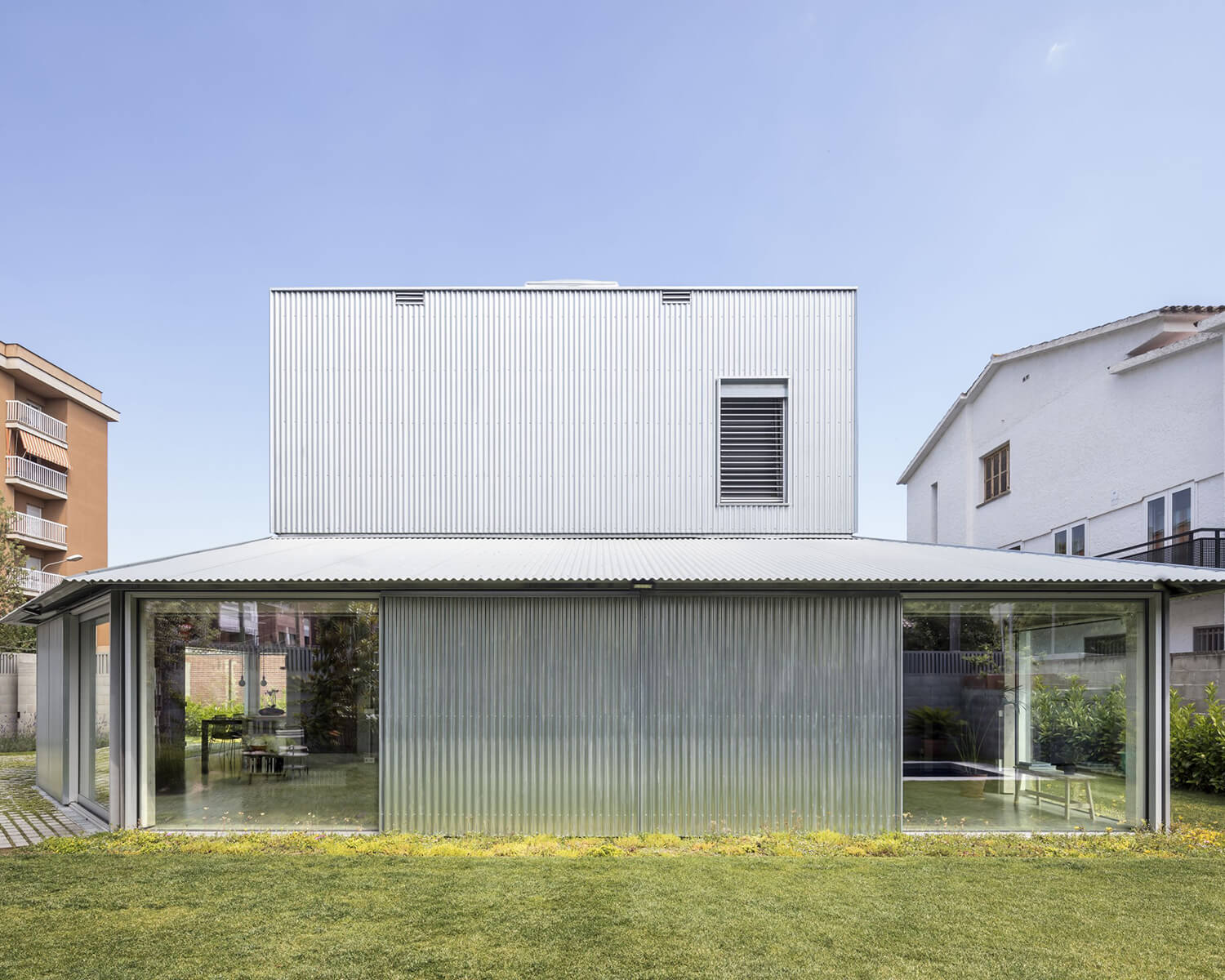 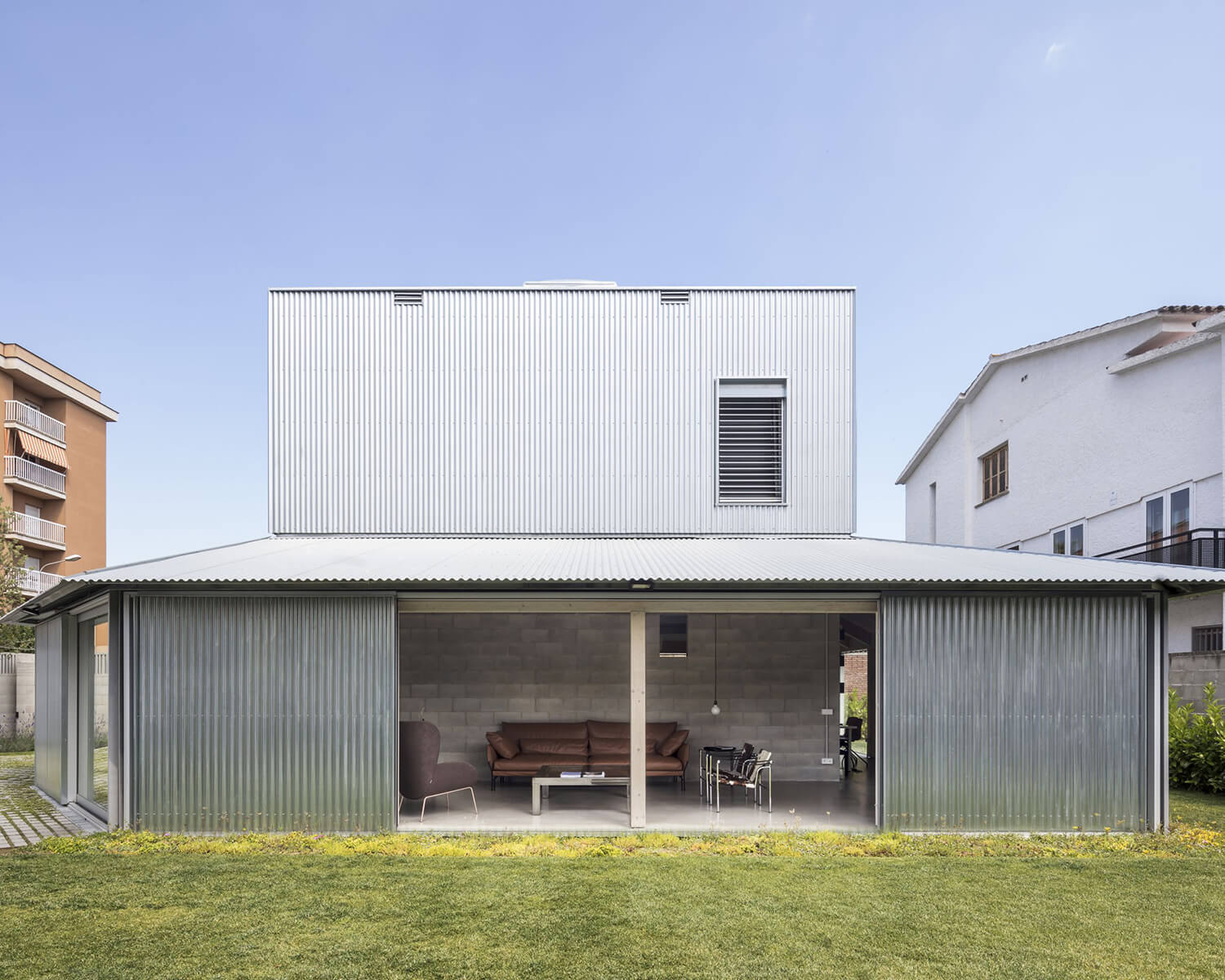 Organized as an open-concept gallery space, the home’s main living area is equal parts interior and veranda. Nodding to Charles Moore’s Orinda House, sliding walls open up to the surrounding garden to create a covered patio along the house’s perimeter. The result is a structure constantly in flux. 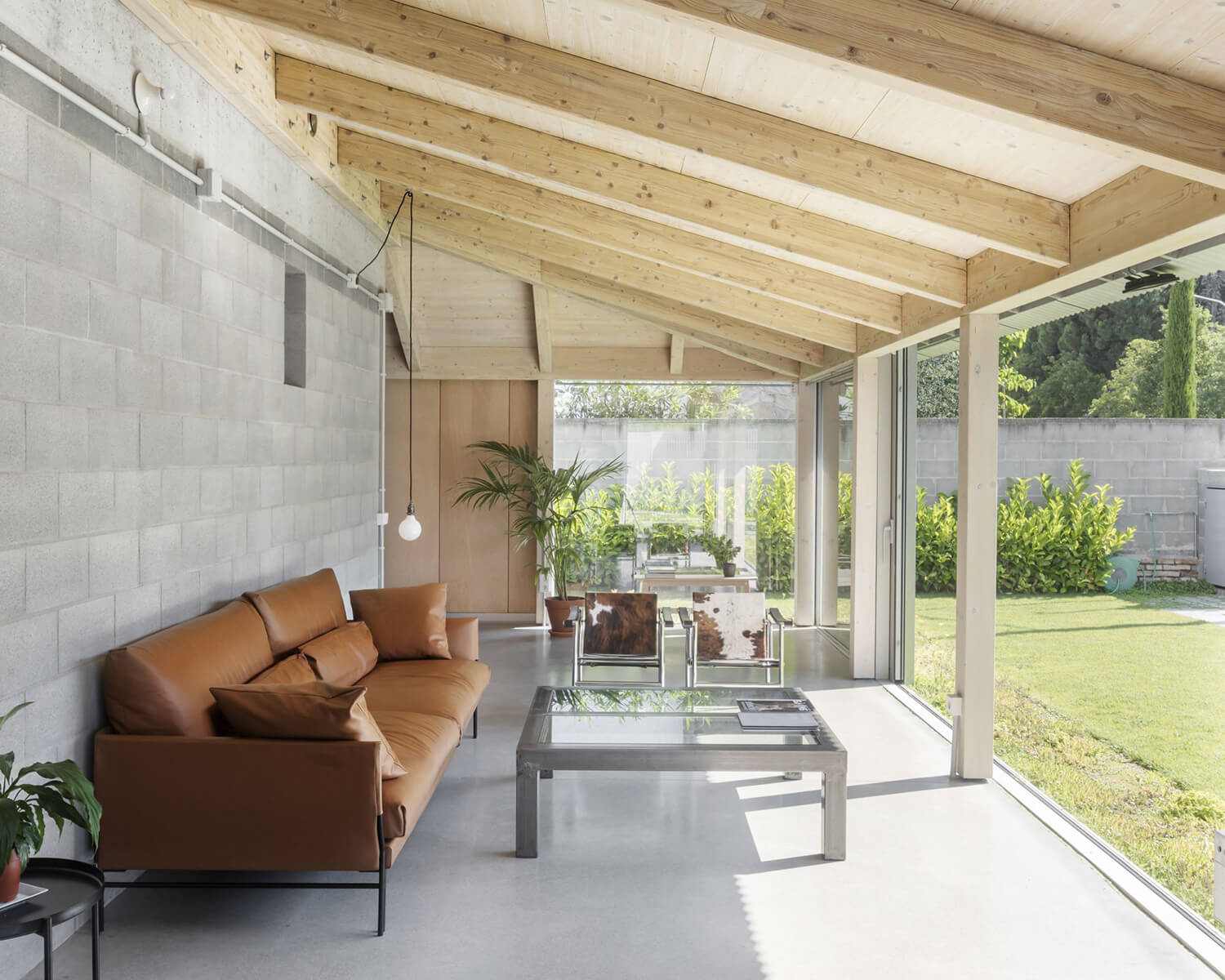 Though the walls remain closed during the winter months, large corner windows foster a sense of openness year-round. The house’s more private rooms are concealed inside the central concrete masonry core, in stark contrast to its light and airy living spaces. The rationale for the material choice was two-fold — the enclosure’s thermal inertia holds on to heat captured throughout the day for added comfort in cooler temperatures. 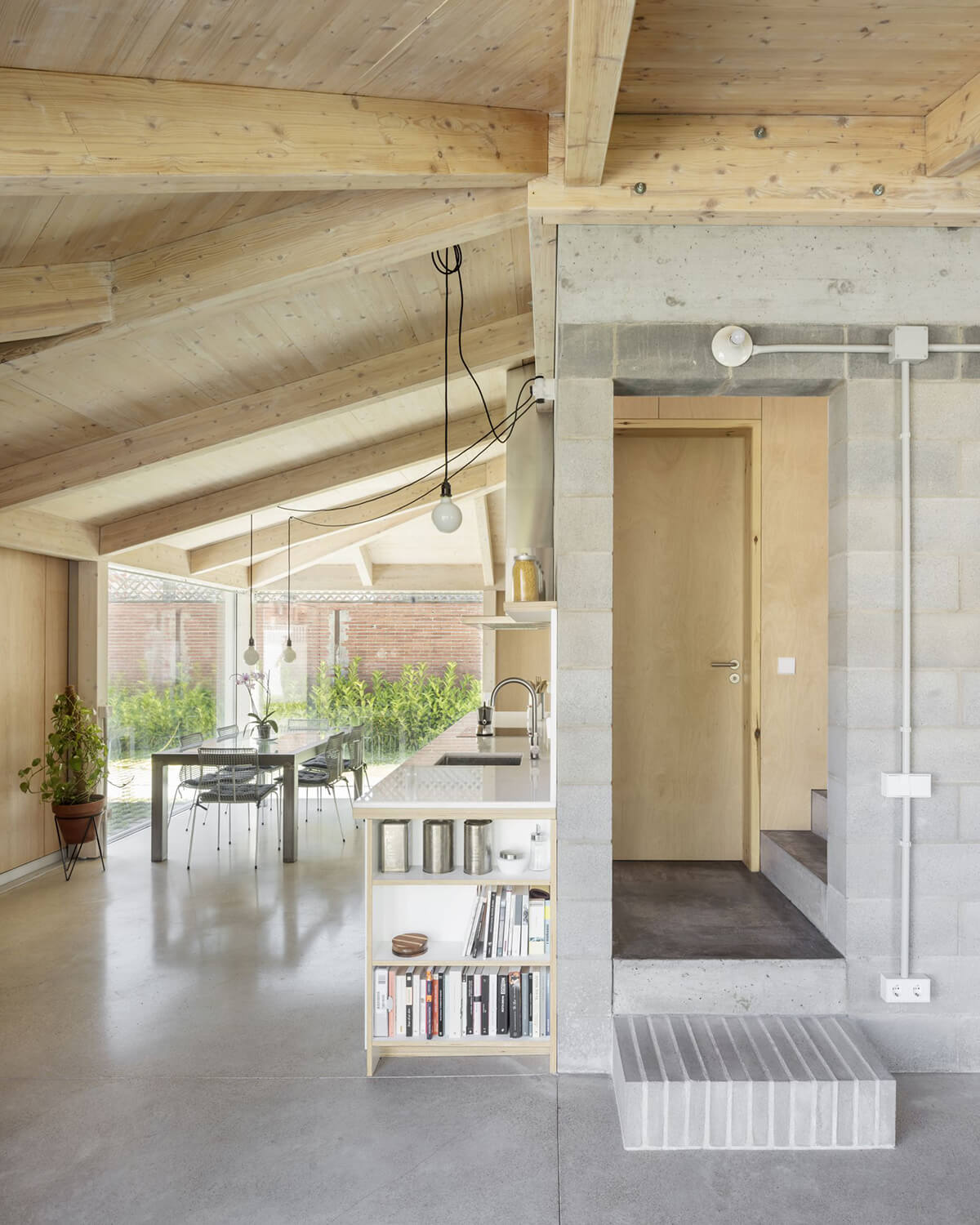 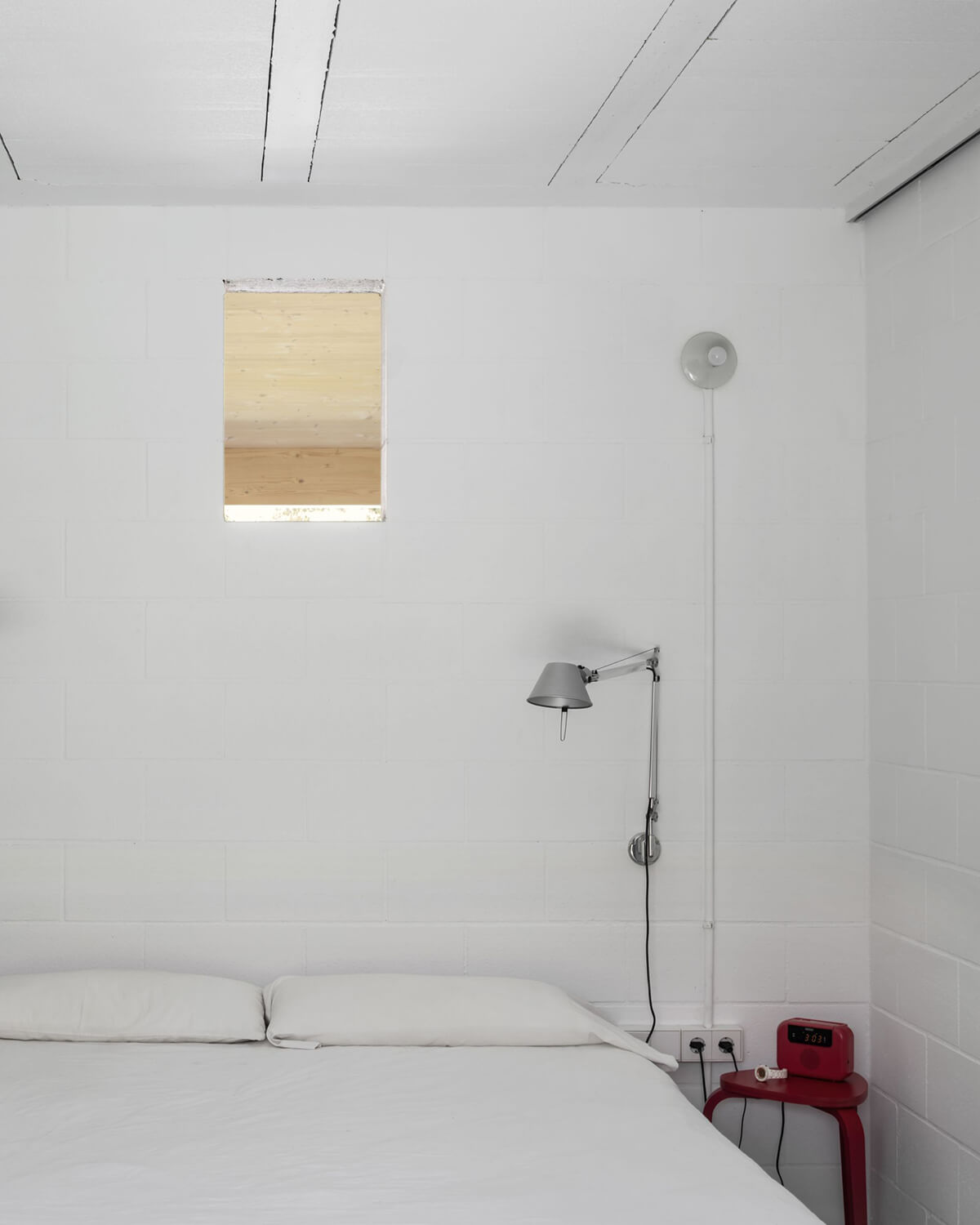 Passive cooling measures have also been taken to alleviate the summer heat, including the roof overhang, reflective exterior curtains, and a passive ventilation system hidden in the façade. 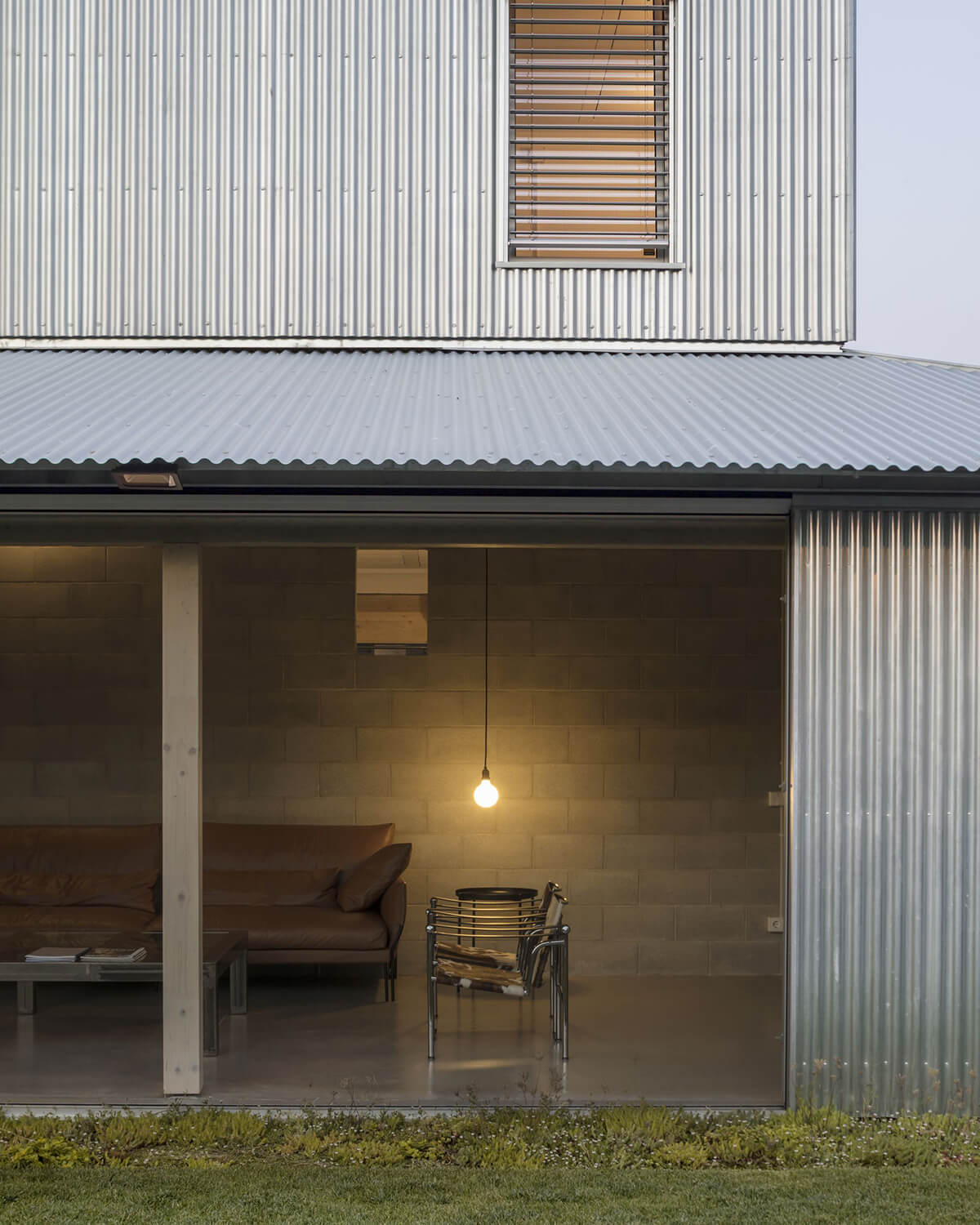 With hardly a detail left unconsidered, Casa 905 is expertly tailored to its inhabitants’ needs. And though its design may be unconventional by today’s standard, it’s proof that even the most primitive typologies can be updated for modern living. 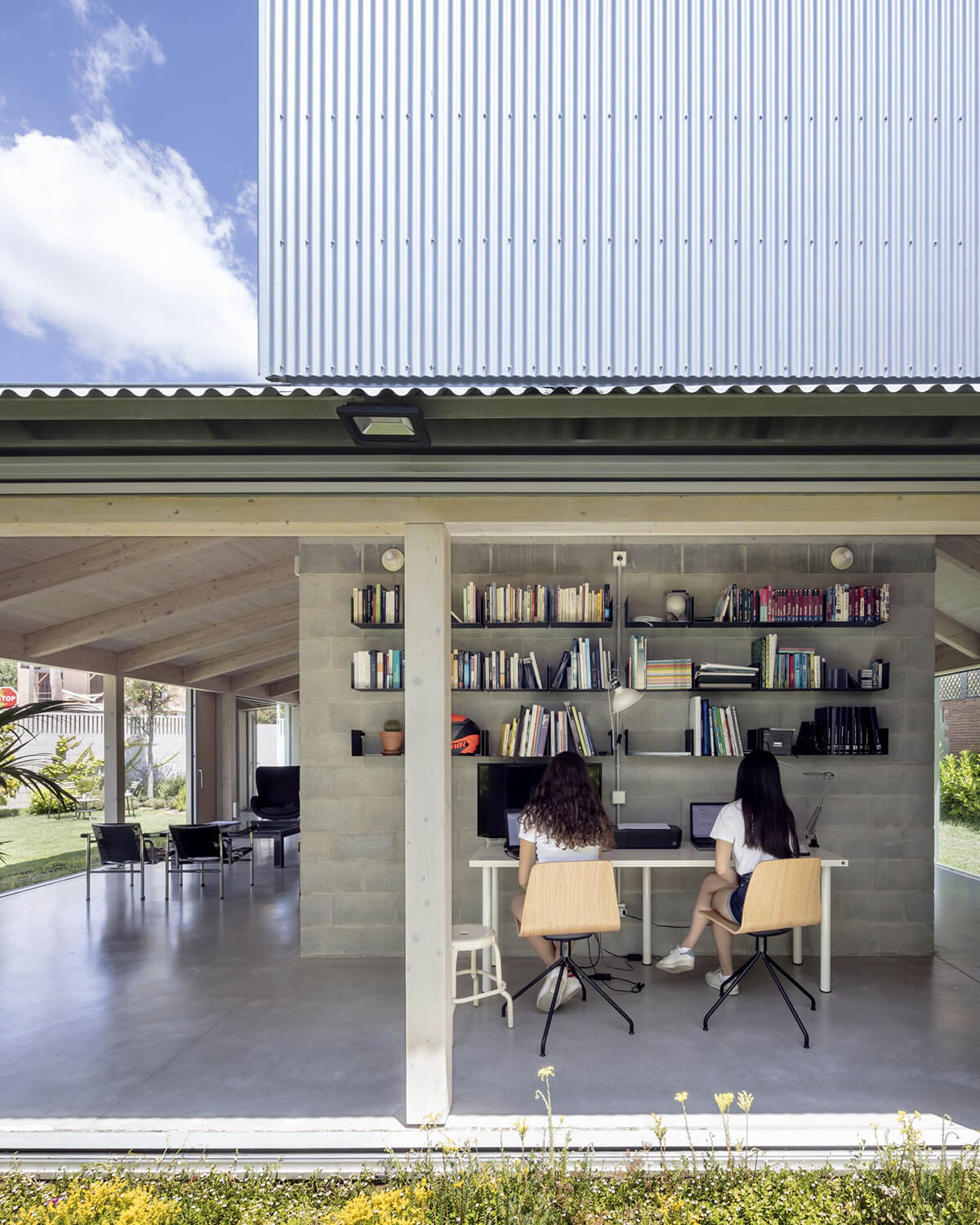 Through its layering of spaces, Casa 905 is conceived as a home that is at once private and remarkably open.