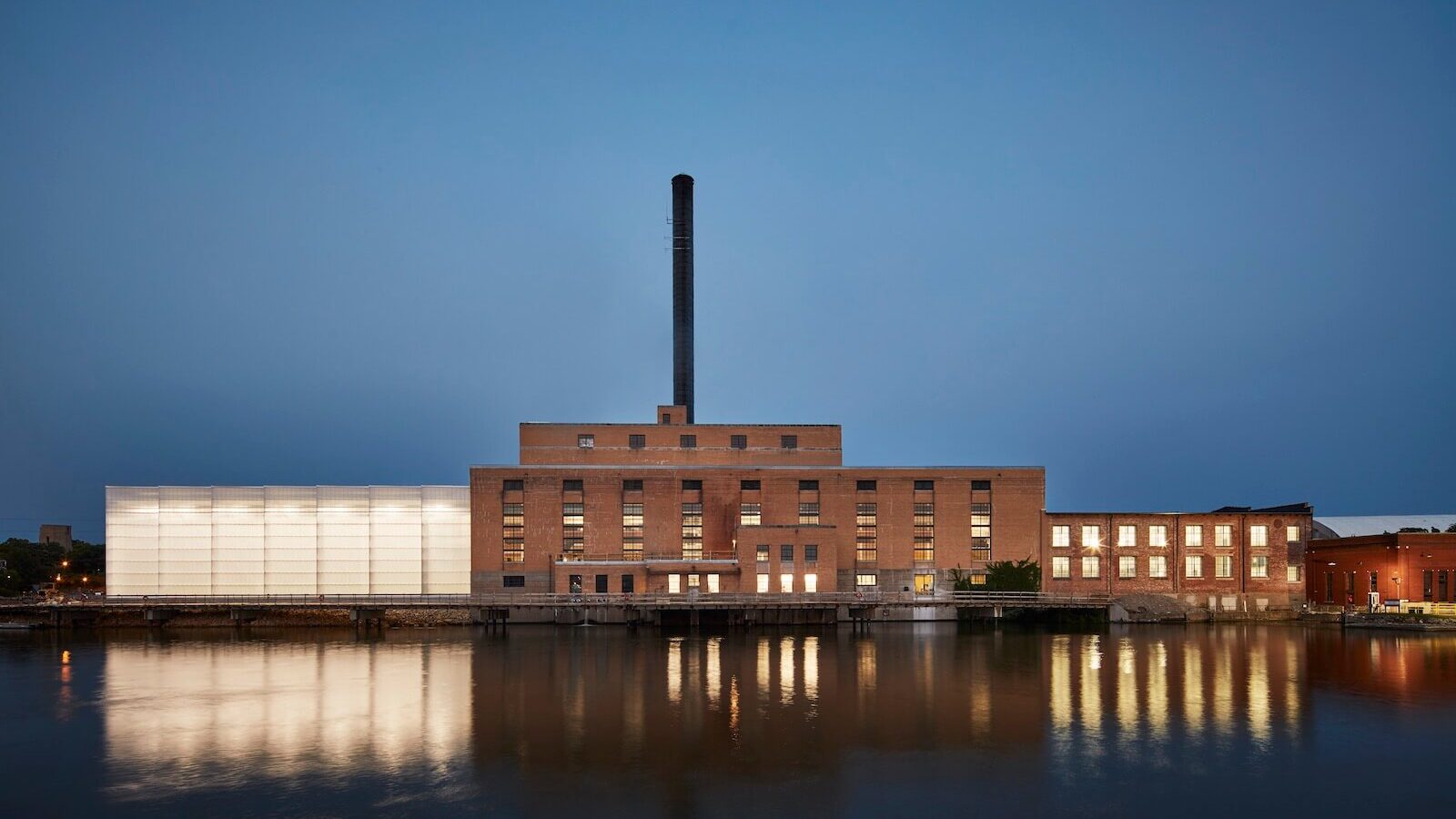 In Wisconsin, Studio Gang Revives a Coal Plant into a Recreational Hub

On the banks of the Rock River, the Beloit College Powerhouse is a testament to the transformative potential of adaptive reuse.

Southwest of Milwaukee, the Wisconsin city of Beloit is a riverfront town in the midst of a renaissance. While the imposing vestiges of industry still line the banks of the Rock River, a wave of adaptive reuse has gradually ushered in a new economy of offices and recreational hubs. It’s an evolution emphatically and elegantly encapsulated in the revitalization of a decommissioned, century-old power plant into a showpiece multi-purpose complex at Beloit College.

Designed by Chicago-based Studio Gang, the 11,000-square-metre Beloit College Powerhouse now serves as the liberal arts school’s student union headquarters and boasts a well-equipped athletic centre and recreation hub to boot. While the athletic facilities are a marquee attraction, the place is equally vital as a flexible and welcoming social hub. Alongside a range of informal spaces for conversation, collaboration and study, the amenities include a coffee shop, student lounges, club rooms, a conference centre and a 164-seat auditorium. 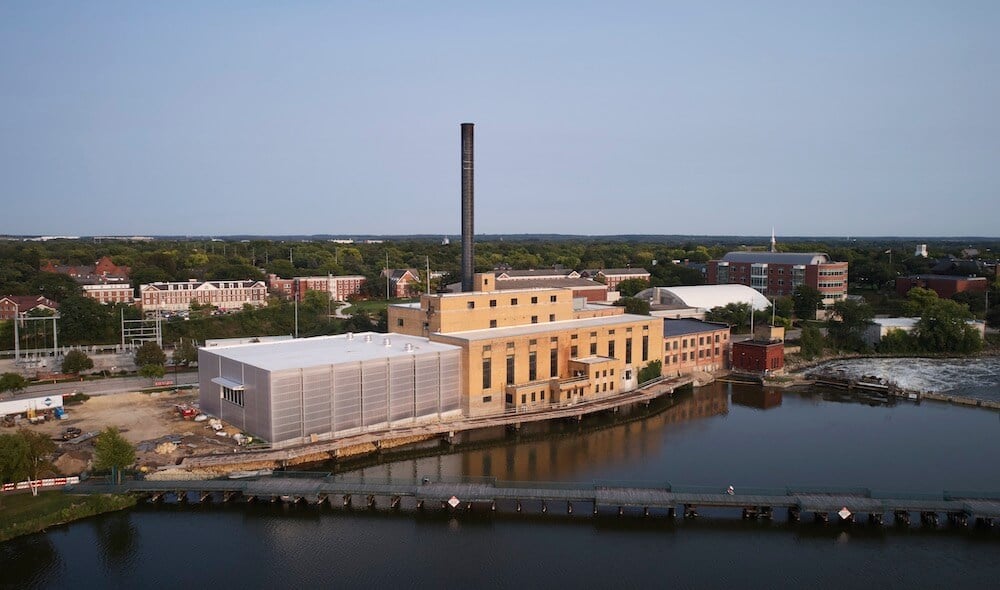 The architecture is also winsome. Within the carefully preserved bones of the industrial landmark, whose earliest structures date to 1913, Studio Gang has given life to a new organism. The revitalized Powerhouse is organized into three distinct volumes, yet retains a fluid and cohesive ambiance. 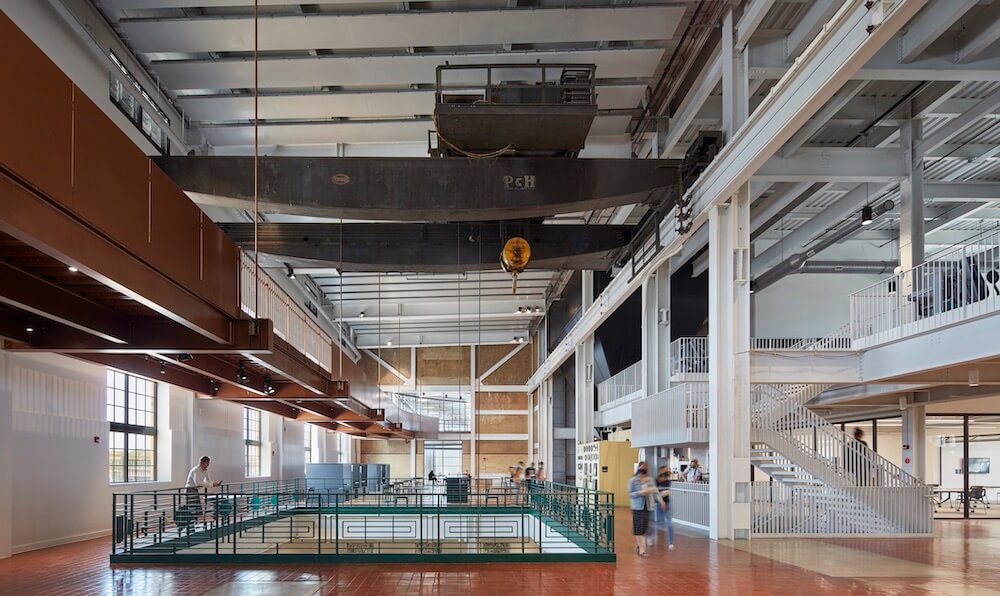 At the heart of the facility, the central brick volume hosts the lounge, auditorium, cafe and event spaces, as well as a showpiece climbing wall. Preserved industrial equipment accents the space, underlining the site’s heritage. To the south, a smaller industrial structure has been adapted into an eight-lane competition swimming pool. 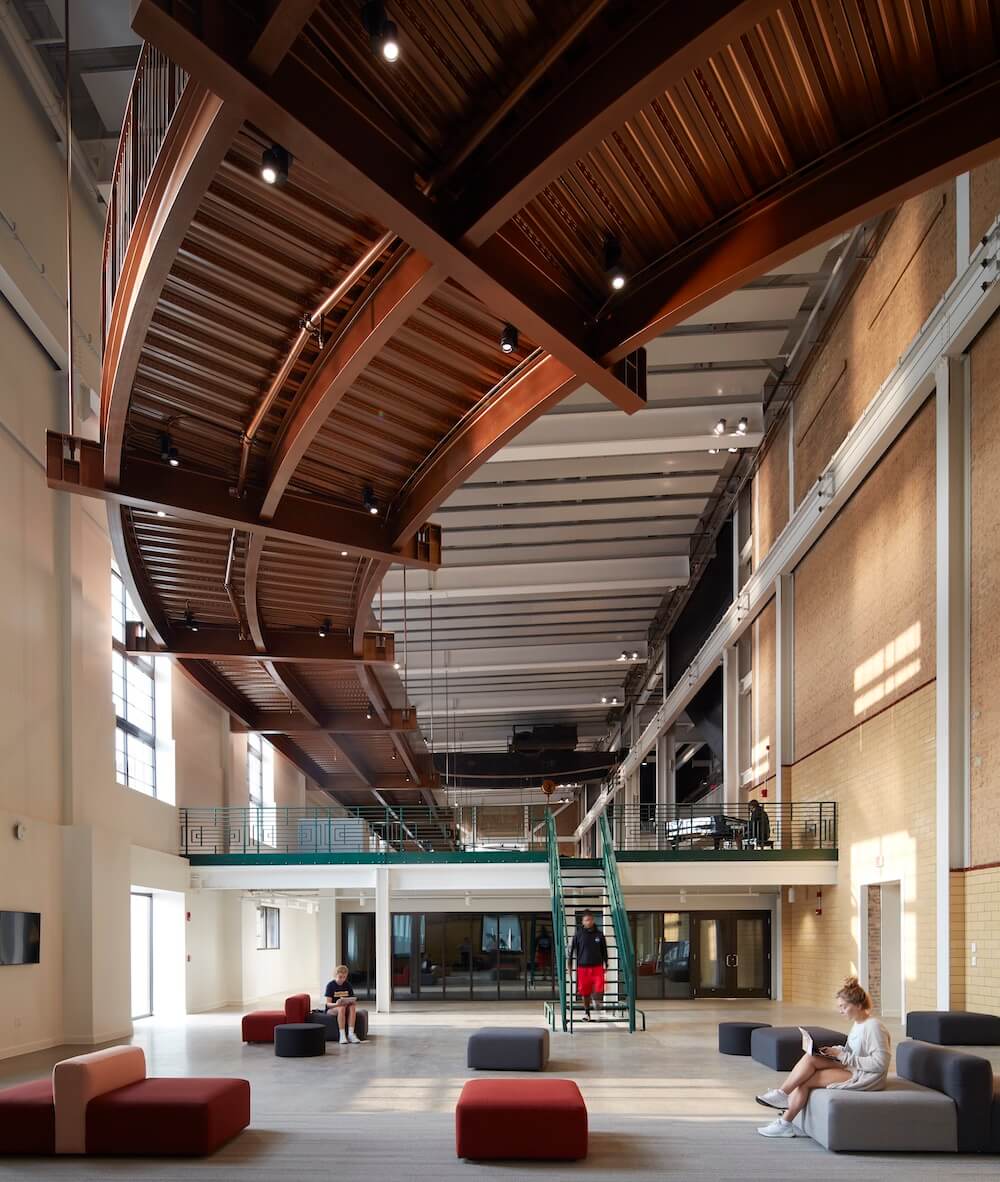 Studio Gang’s transformation is capped by the addition of a striking new field house at the north end of the complex. Clad in polycarbonate, the steel structure introduces a distinctly contemporary facade – though one that speaks to the scale and proportions of the industrial complex. The translucent structure retains the clean, rectilinear presence of its older neighbours, though the facade is subtly angled to allow slender floor-to-ceiling windows to flood the space with daylight. At night, it lights up like a lantern from within. 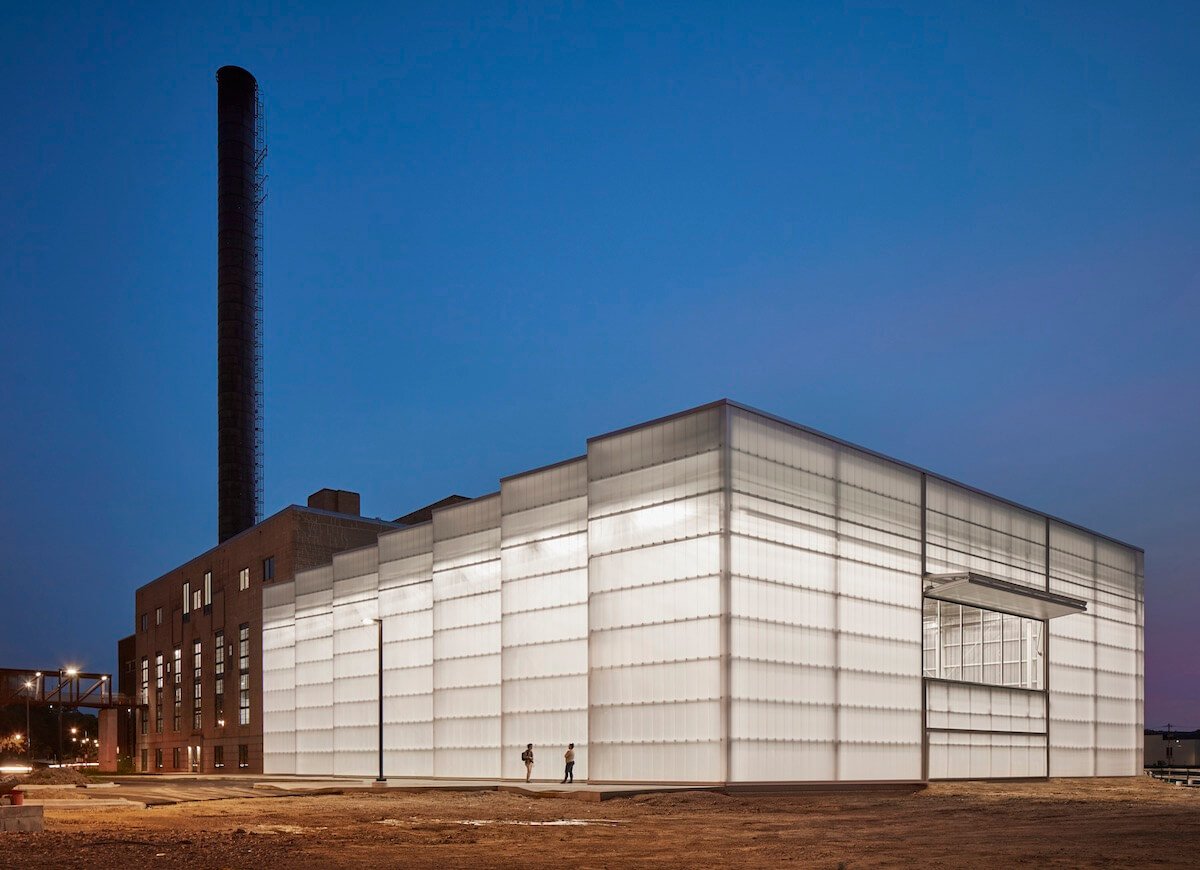 A pared down, industrial materials palette lends the whole of it a unified identity – as does the elevated running track that playfully weaves through all three wings of the complex. Suspended from the ceiling, the 175-metre, three-lane loop takes runners and walkers through a variety of environments, with the journey from the old power plant to the pool and the glowing field house making for some uncommonly dynamic indoor exercise. Outside, a pedestrian bridge also connects the riverfront complex to the rest of the campus. 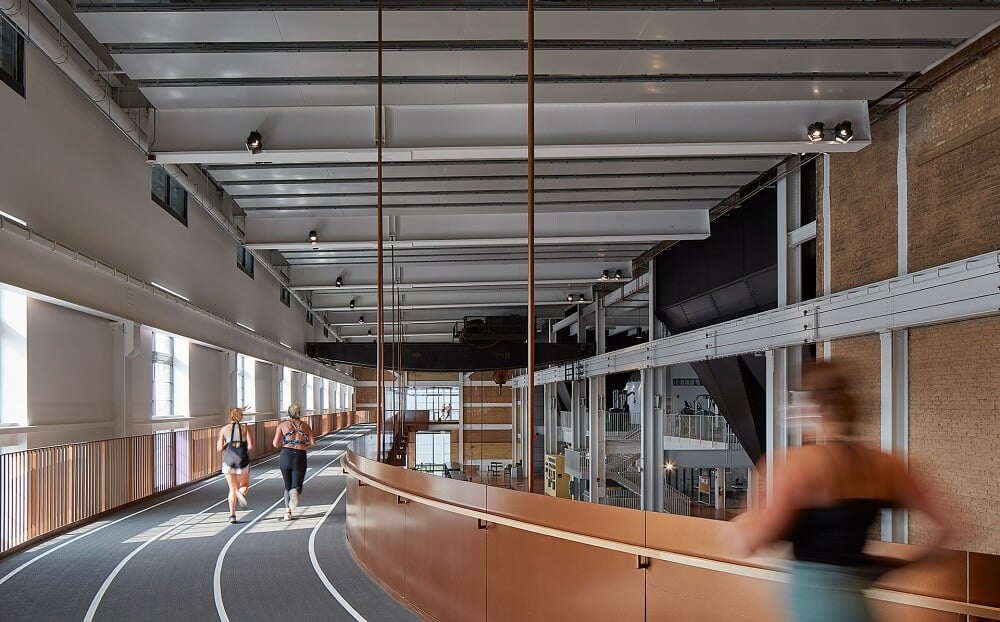 Developed in collaboration with Angus Young Associates, Studio Gang’s design also took advantage of the riverfront site to heat and cool the complex with a radiant panel and slab system that harnesses energy from Rock River. 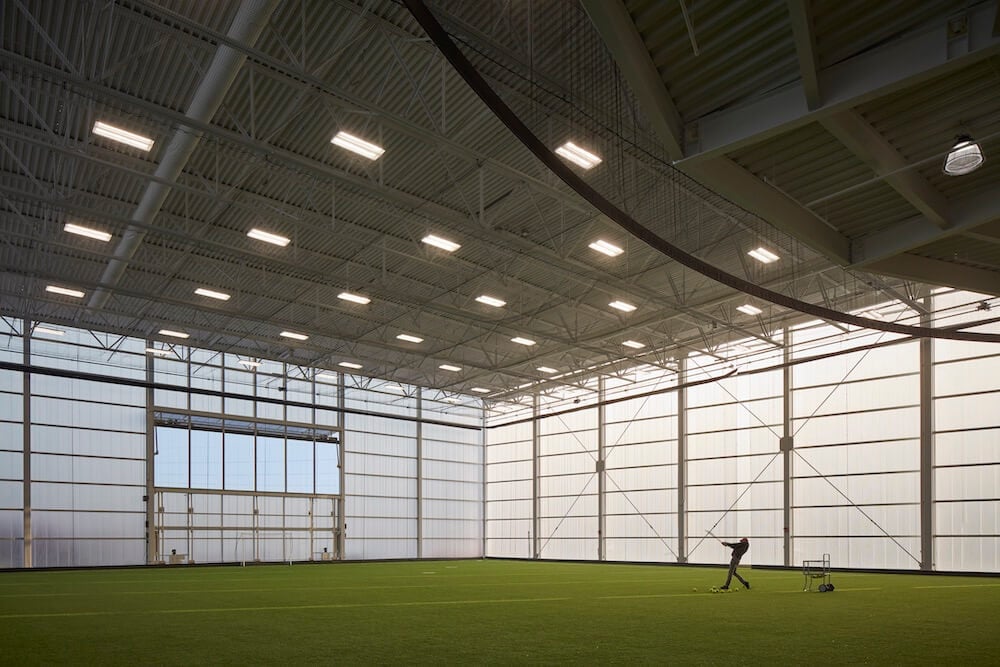 “Buildings usually use air for heating and cooling; however, water, which is much denser, is actually more efficient,” note the architects. “Radiant panels integrated into the building’s surfaces are able to use energy from the river water for most of the Powerhouse’s heating and cooling needs, improving comfort within the building and maintaining the highest quality of air, while also significantly minimizing total energy use.” 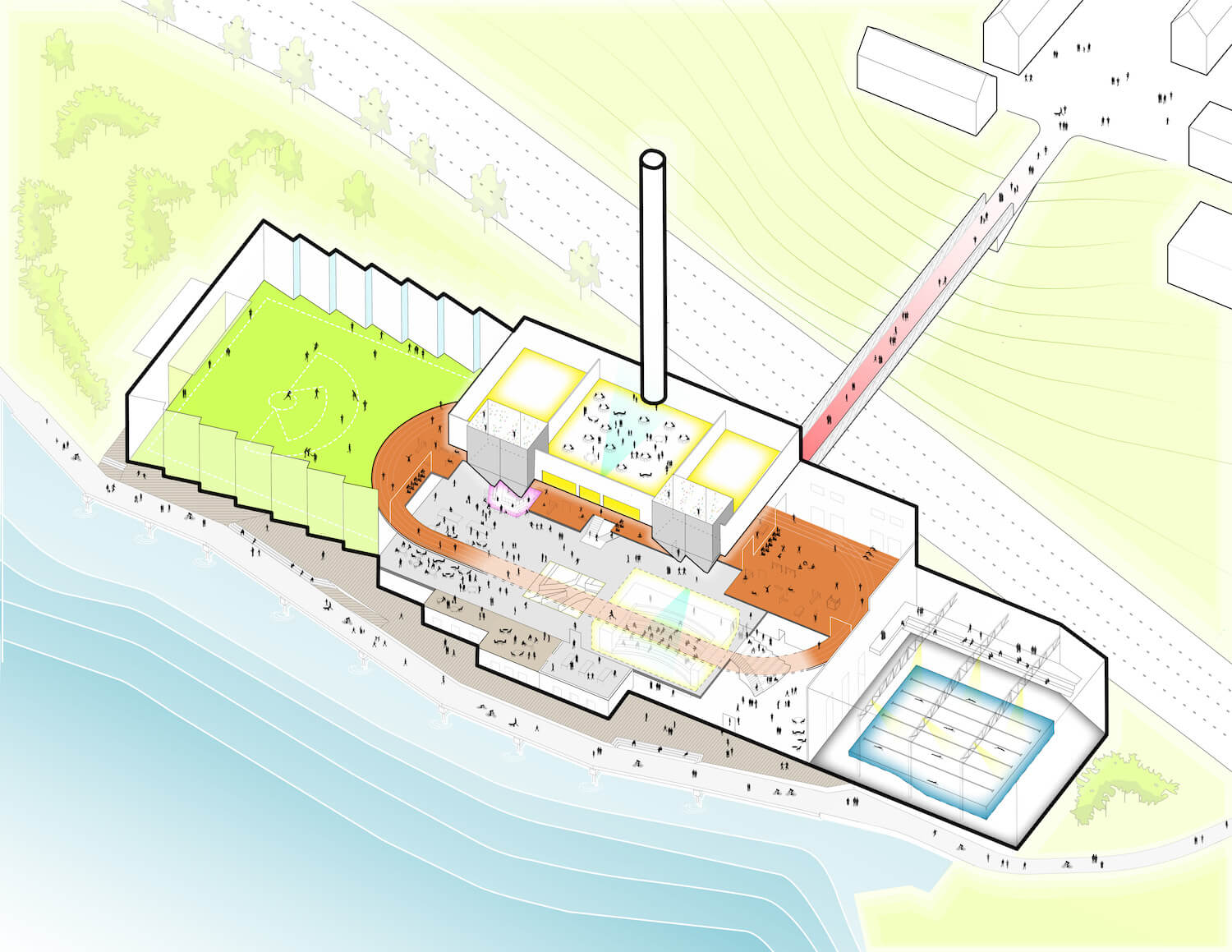 While the radiant panels ensure operational efficiency, the preservation of the former industrial buildings – as well as the material lightness of the new polycarbonate and steel wing – also significantly reduce the project’s embodied carbon costs. The result is a graceful complex that feels right at home on the riverfront.

On the banks of the Rock River, the Beloit College Powerhouse is a testament to the transformative potential of adaptive reuse.