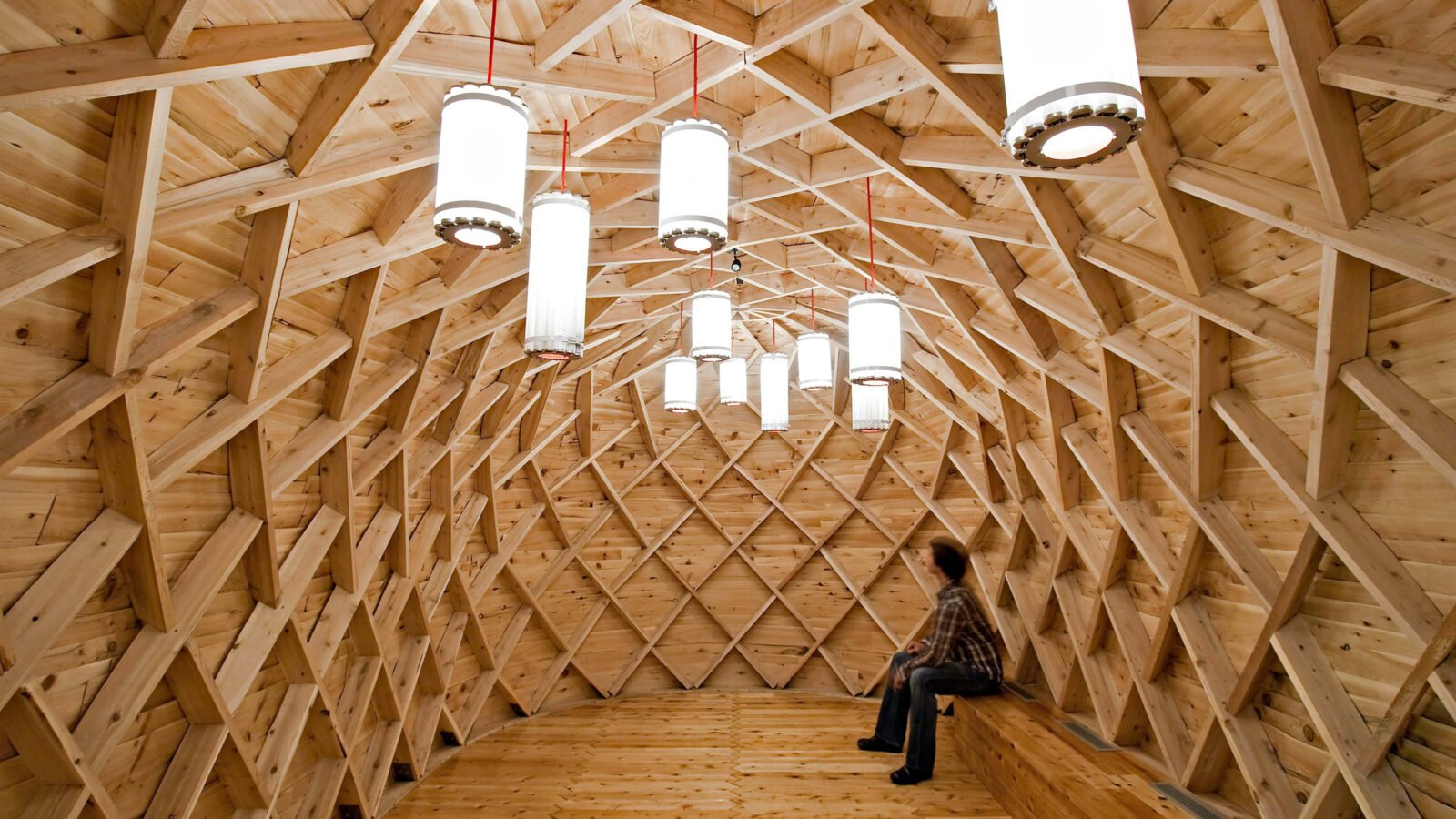 A painful history of colonization long kept Indigenous people in Canada from creating their own buildings. Today, Indigenous architects are growing in number – and in influence. 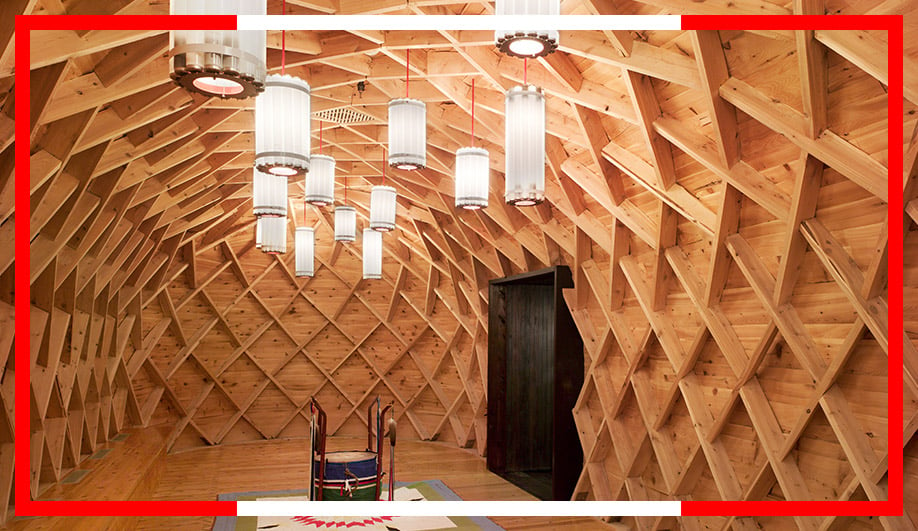 The Centre for Native Child & Family Well Being in Toronto. Two Row Architect served as the Indigenous advisor to nLGA Architectural Partners during the project. Photo credit: Ben Rahn/A-Frame

Festivities marking the 150th anniversary of Canadian confederation have been criticized, by no small number of people, as being woefully ignorant of Indigenous history, which stretches back much, much further than 150 years. The commemorations have also been called out as celebrations of Canada’s long and dark history of colonizing Indigenous people and repressing their culture. That repression has a relationship to architecture. 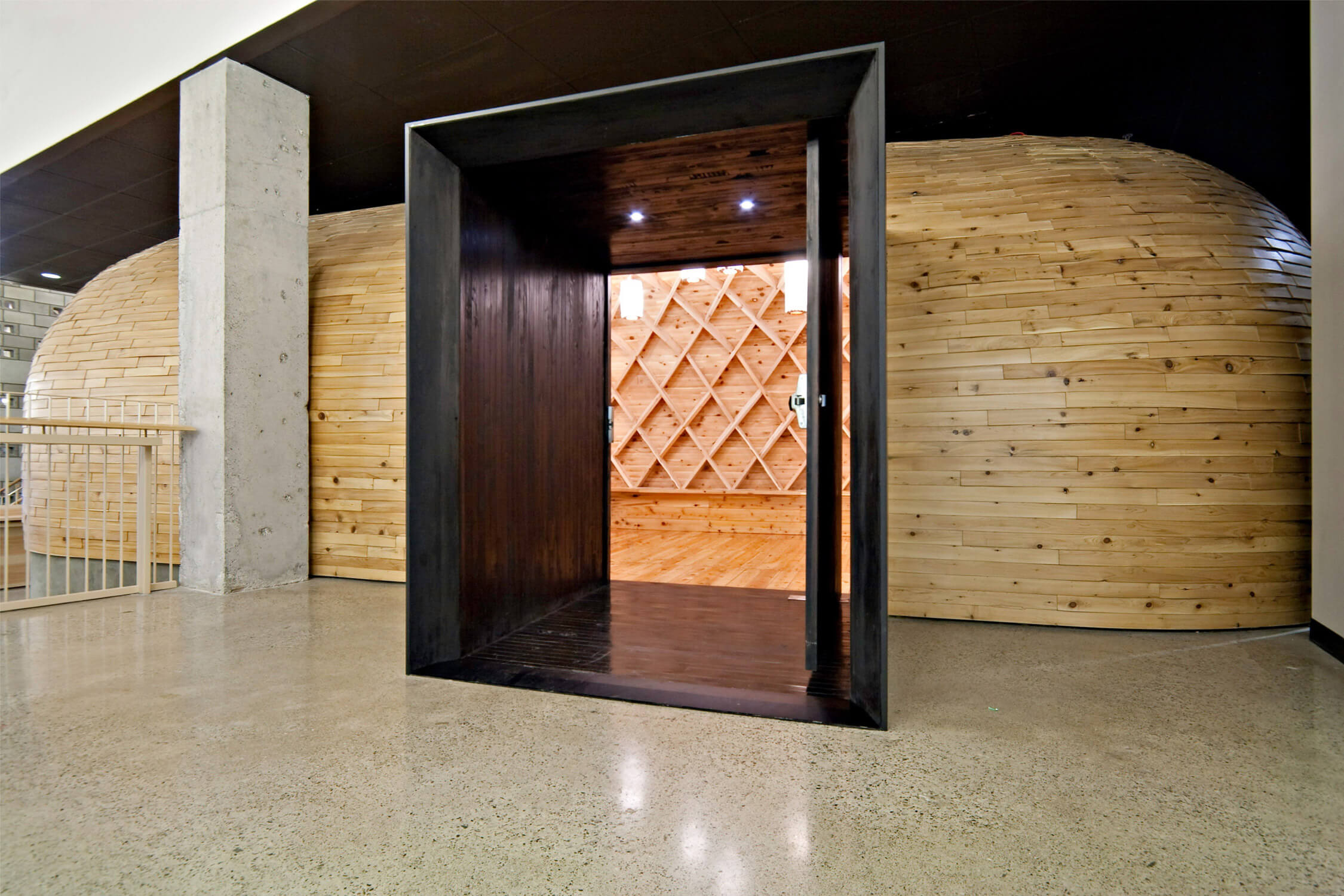 The Centre for Native Child & Family Well Being in Toronto. Two Row Architect served as the Indigenous advisor to nLGA Architectural Partners during the project. Photo credit: Ben Rahn/A-Frame

Before 1961, any Indigenous person who attended post-secondary school or wanted to enter one of many professions needed to enfranchise, thereby losing their status. Indigenous architecture was, at the time, almost non-existent.

“Until the 1970s, First Nations weren’t allowed to do any of their own buildings. The government did everything: built the housing, built the schools,” says Patrick Stewart (Luugigyoo), principal of his namesake firm, based in Chilliwack, B.C. The government’s goal was ultimately assimilation. “That hasn’t happened,” Stewart says. “Cultures have remained. Languages have survived… and are thriving.” 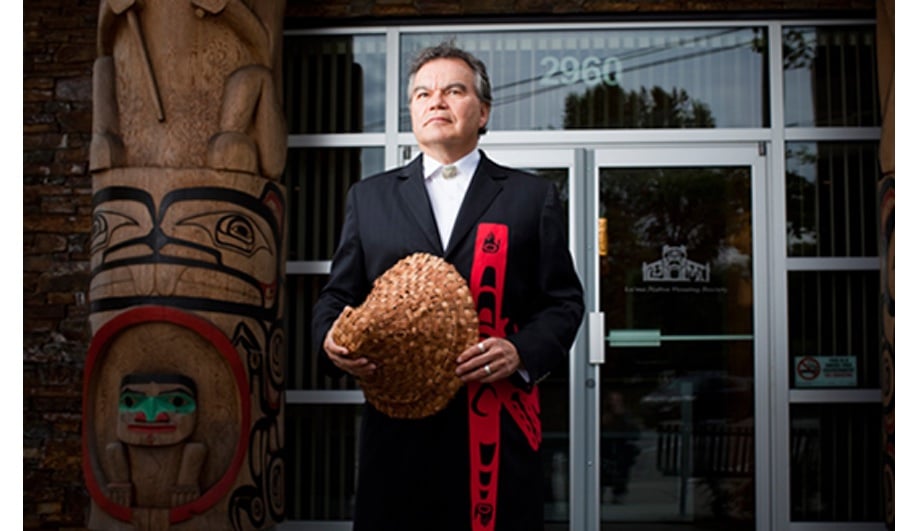 Architect Patrick Stewart, in an image from his website.

Brian Porter, principal at Two Row Architect, says that he sees a particular style in Indigenous architecture – it has more of a focus on craftsmanship, and less on façade-making. “[There’s a] duality between something that is very functional but is also very beautiful, simply in the way it’s put together,” Porter says. He also describes it as more organic, with buildings fitting into the landscape and utilizing natural features, such as using the prevailing wind for ventilation.

Stewart, whose work includes the Aboriginal Children’s Village in British Columbia, says that while Indigenous architecture may not always look the same, there is common ground, which goes deeper than aesthetics.

“Everybody may have meaning in their design, but different people have different ways of expressing it. Some people are more subtle than others. I tend not to be subtle. I want it in your face,” he says. “From my perspective, we’ve had over 100 years of colonization, at least on the West coast, where we had all our culture dismantled and taken away or buildings demolished, and now is the time to say, ‘Okay, we’re here, we haven’t gone away.’”

When Stewart was in school, he only knew of one other Indigenous architect: Douglas Cardinal. Today, Stewart is an associate professor at the McEwen School of Architecture at Laurentian University, where there are 12 students who identify as Indigenous – a number that he says is higher than any school in Canada, if not North America.

“We’re always looking at Indigenous content and looking at ways that we can increase it,” he says. And, Stewart notes, of the 15 Indigenous architects registered in the country, three are on staff at Laurentian – including David Fortin, who was recently named director, making him the first Indigenous person in Canada to hold that position at an architecture school. 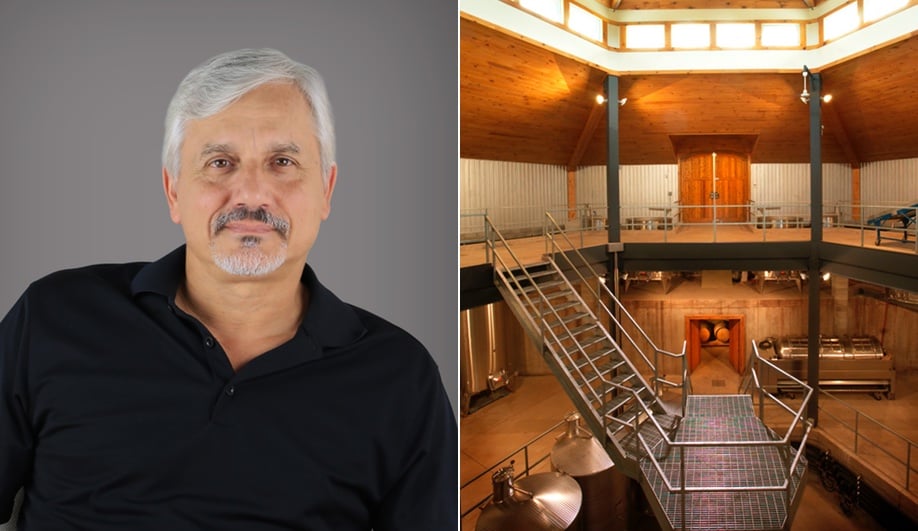 There is much that clients can learn from Indigenous architects. And some institutions are finally recognizing this. For OCAD University’s upcoming campus expansion, which will include the creation of the Indigenous Visual Culture and Student Centre, the school will be working to “ensure that Indigeneity is embedded successfully throughout the project.” To achieve that, the university has selected Two Row Architect, as well as Morphosis and Teeple Architects, for the project. Porter also says that the university required each consortium that submitted for the project to carry an Indigenous architect or designer.

To that end, the Royal Architectural Institute of Canada established an Indigenous Task Force, which launched in June 2016 and is chaired by Stewart. Comprised mostly of Indigenous architects and intern architects, the goal of the force is to “foster and promote Indigenous design in Canada in rural, Métis and Northern communities, First Nations, and in urban spaces and advocacy with and on behalf of Indigenous communities,” the institute says. “Task force members believe strongly that architecture is a public-spirited profession with an important role in Reconciliation – addressing injustices through giving agency back to Indigenous people.”

The task force held the first-ever international Indigenous Architecture and Design Symposium on May 27, focused on both celebrating Indigenous architecture and design, and sharing best practices for place-making – the designing and building of spaces that are culturally relevant for Indigenous people and involve Indigenous people in the process. Event organizers were expecting 100 attendees but more than 150 delegates arrived at Ottawa’s Wabano Centre – event planners had to turn some prospective attendees away.

Stewart says that professionals from New Zealand, Australia and the United States came together in an educational and affirming experience. “It really confirms what we’re doing, for those of us in Canada, to have stories so similar from the Maoris, from those in Australia and the United States,” Stewart says. “We’re all facing similar forces of colonization, so we don’t feel quite so alone.”

A painful history of colonization long kept Indigenous people in Canada from creating their own buildings. Today, Indigenous architects are growing in number – and in influence.