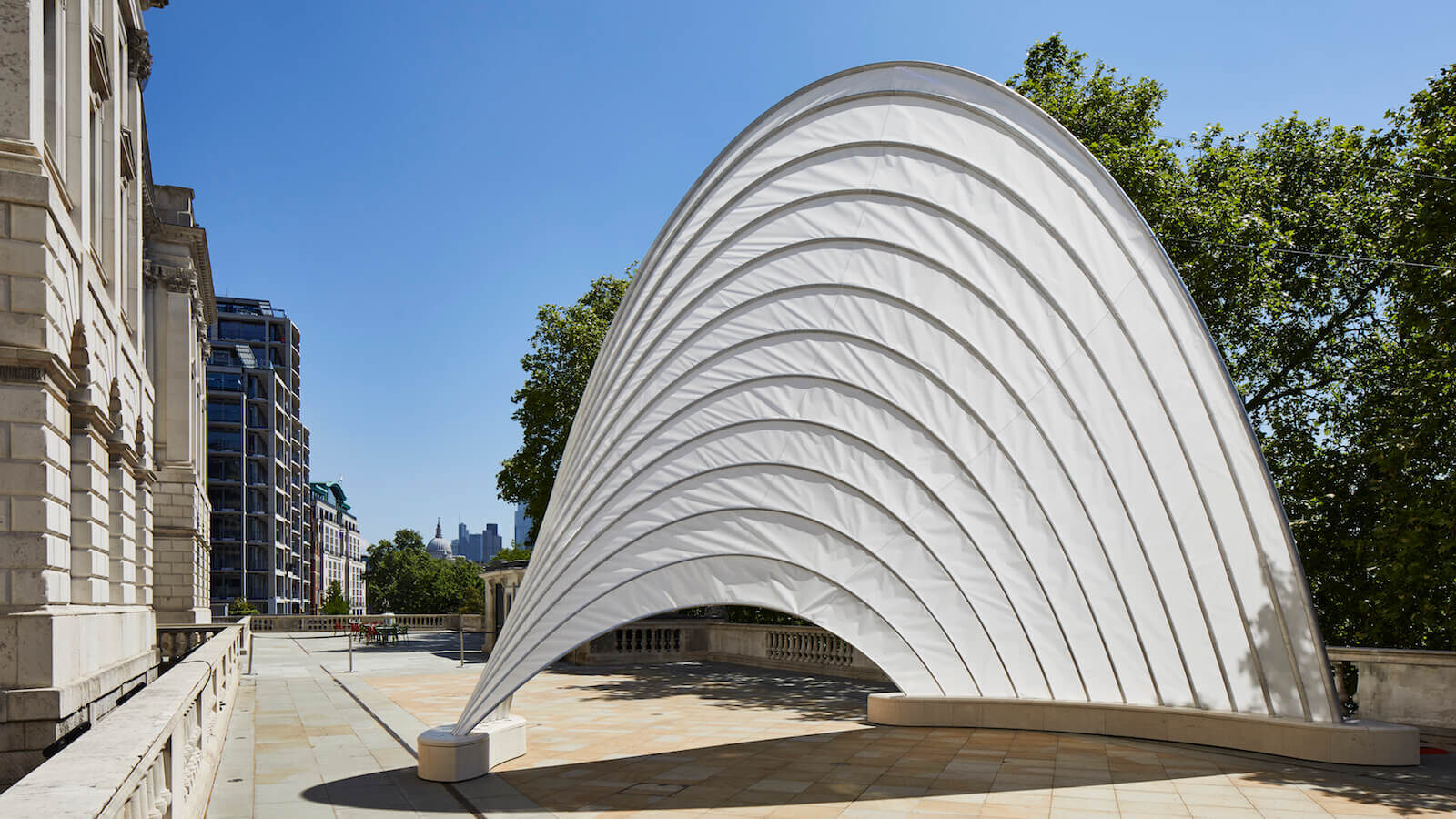 The designer presents The Sail, part of a sculpture series dedicated to the African Diaspora.

“Where do you come from?” has never been an easy question to answer for the Swiss-based Nigerian-American designer Ini Archibong. It’s one reason, he told the crowd assembled for the launch of London’s third Design Biennale, that he dedicated his flagship pavilion not to any one country but to the African Diaspora, a community of 140 million that always inspired him and that he strives to inspire through his creative platform.

Trained as an architect but best known for the furniture, tableware and watches he produces for luxury brands like Knoll, Sé and Hermès, Archibong has mounted his largest project to date at the Biennale: a 25-foot arc of sail cloth bowed and contorted as if caught in the wind. The Sail, as it’s aptly named, stands as a visual reminder of the slave trade – as well as a symbol of the uncharted waters that lay ahead. 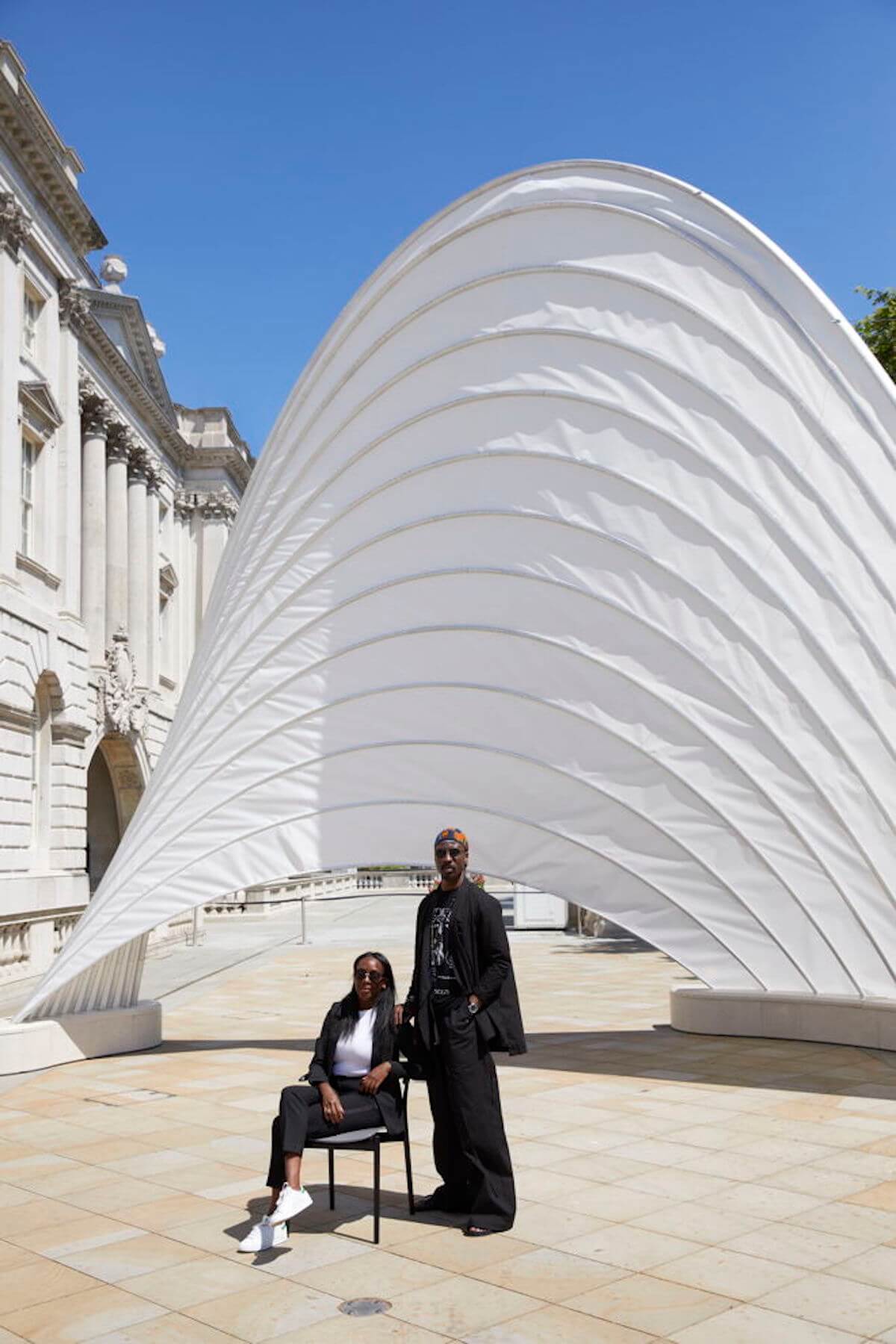 It’s an impressive achievement, and not only because, as a monument to a displaced people, The Sail had no embassy to lend financial support (Archibong and his partner Tamara Houston sought sponsorship from private companies including the Swiss tech company Logitech). Anchored in two concrete pontoons, each inset with lights that beam upward at night, The Sail is as hefty as any statue or cenotaph found in central London. Hefty in message, too: “I want to galvanize this global village of Black people,” says Archibong, “and to seed monumental thoughts.” 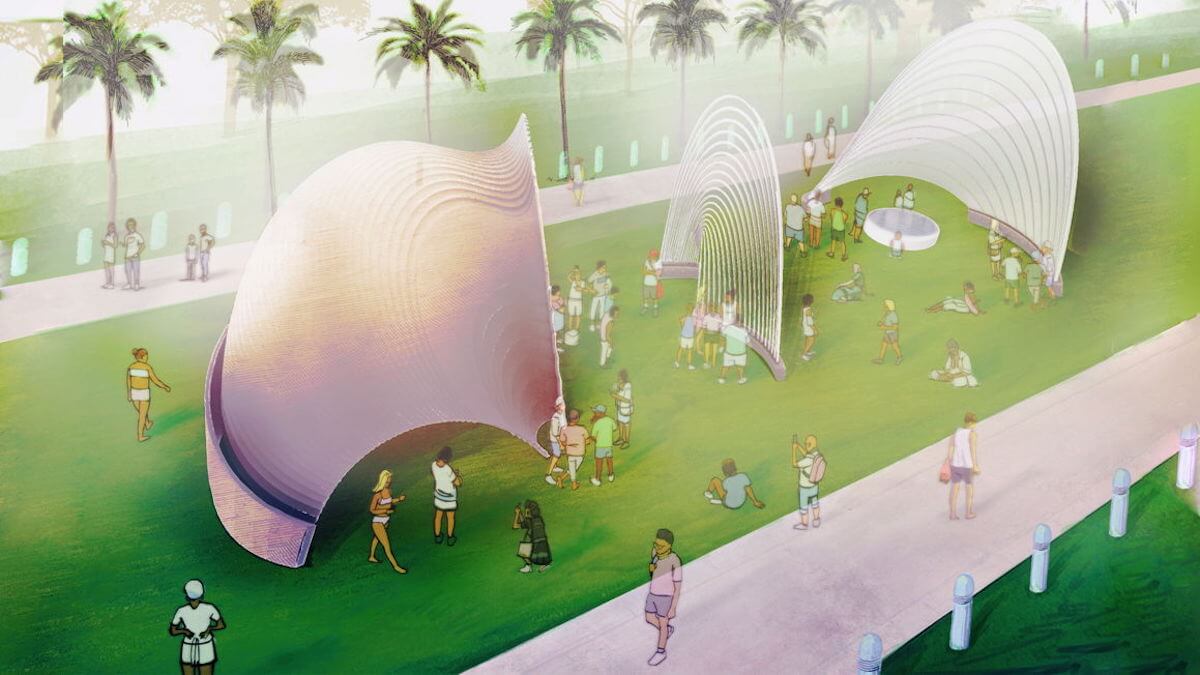 Yet the translucent white fabric, imperfect and “scarred” in the handling, underlines its ephemerality. In late June Archibong will transfer The Sail to New York, where it will join the next sculpture in his series, The Wave. At Art Basel Miami in December, Archibong will complete the series by unveiling The Shell, informed by the cowrie, once a form of African currency, and the conch, used as a rallying cry.

Sitting on a pontoon in the shade of his sail, Archibong seems completely at home. “Growing up with a dual perspective,” he says, “made it so that I can move anywhere. Wherever I am, I’m with me.”

The designer presents The Sail, part of a sculpture series dedicated to the African Diaspora.