Konstantin Grcic’s Collapsible Desk for Vitra
The German designer's Hack office furniture is fast, cheap and out of control. 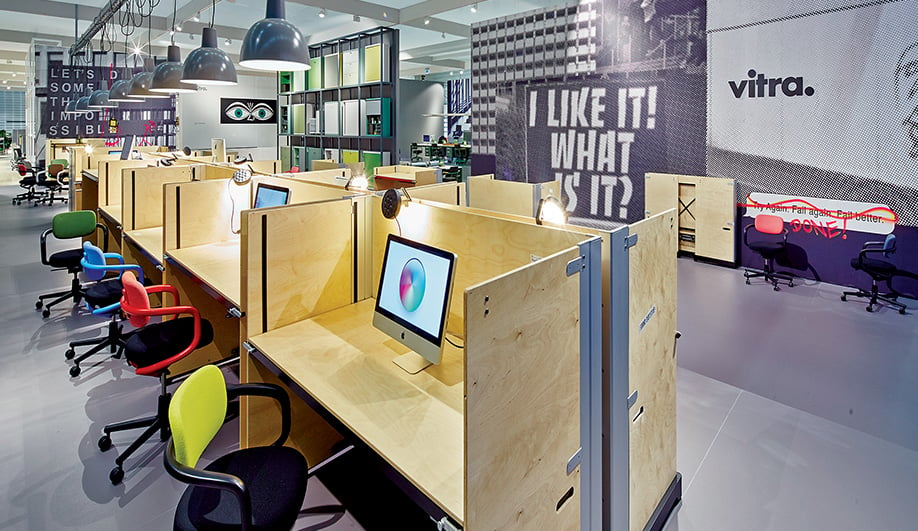 The desk prioritizes rapid set-up and collapses to 23 centimetres wide. nIt will officially launch this month at NeoCon. 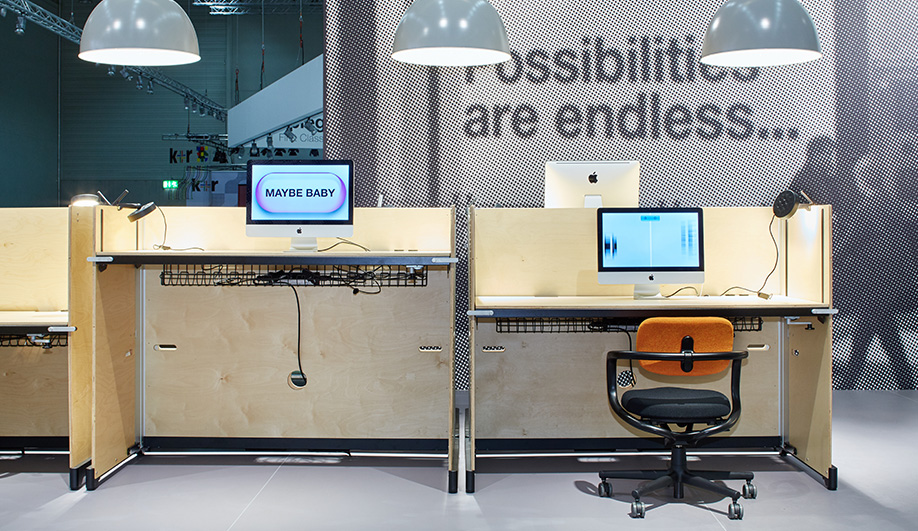 Vitra has long been admired for producing some of the most polished contract furniture in the industry, from Antonio Citterio’s executive chairs to Ronan and Erwan Bouroullec’s cocooning sofas. So when the Swiss manufacturer arrived at Orgatec in Cologne last October with a collapsible desk system by Konstantin Grcic – built from raw plywood panels on a metal frame – it caused quite a stir.

Then again, Grcic has never let expectations stand in the way of exceptional clarity and utility. Hack is in many ways the polar opposite of Vitra’s Joyn table, which the Bouroullecs designed in 2002; with its seamless cable management systems for an elegant, uncluttered look, Joyn is intended for open-concept spaces that foster impromptu conversations as well as solo work. But Hack is meant for another kind of work environment altogether.

“We visited several tech companies in Silicon Valley, and saw the way they work,” says Grcic. “And we spoke to designers at Frank Gehry Partners, who completed the Facebook campus.” He continues: “It became clear that these companies are very dynamic, with teams expanding or shrinking overnight by 50 people.” In a place of rapid change, where furniture needs to be added or eliminated almost daily, complicated desking systems just get in the way. Hack is storable as a slender vertical box until needed, then deployed in multiples without tools. It also enables users to raise or lower the desktop for sitting or standing, and it can even be outfitted with cushions, like a sofa.

And it’s not the least bit precious. Grcic says the rough-and-ready construction encourages users to personalize it however they see fit. “You can make it your own,” he notes. “You can drill a hole in it or paint it – it doesn’t matter, because it’s plywood. It’s a tool for everyone to use.”

SHARE
Twitter, Facebook, LinkedIn, Pinterest, Email
TAGS
Concept, Personalities, Product Design,
AZURE is an independent magazine working to bring you the best in design, architecture and interiors. We rely on advertising revenue to support the creative content on our site. Please consider whitelisting our site in your settings, or pausing your adblocker while stopping by.