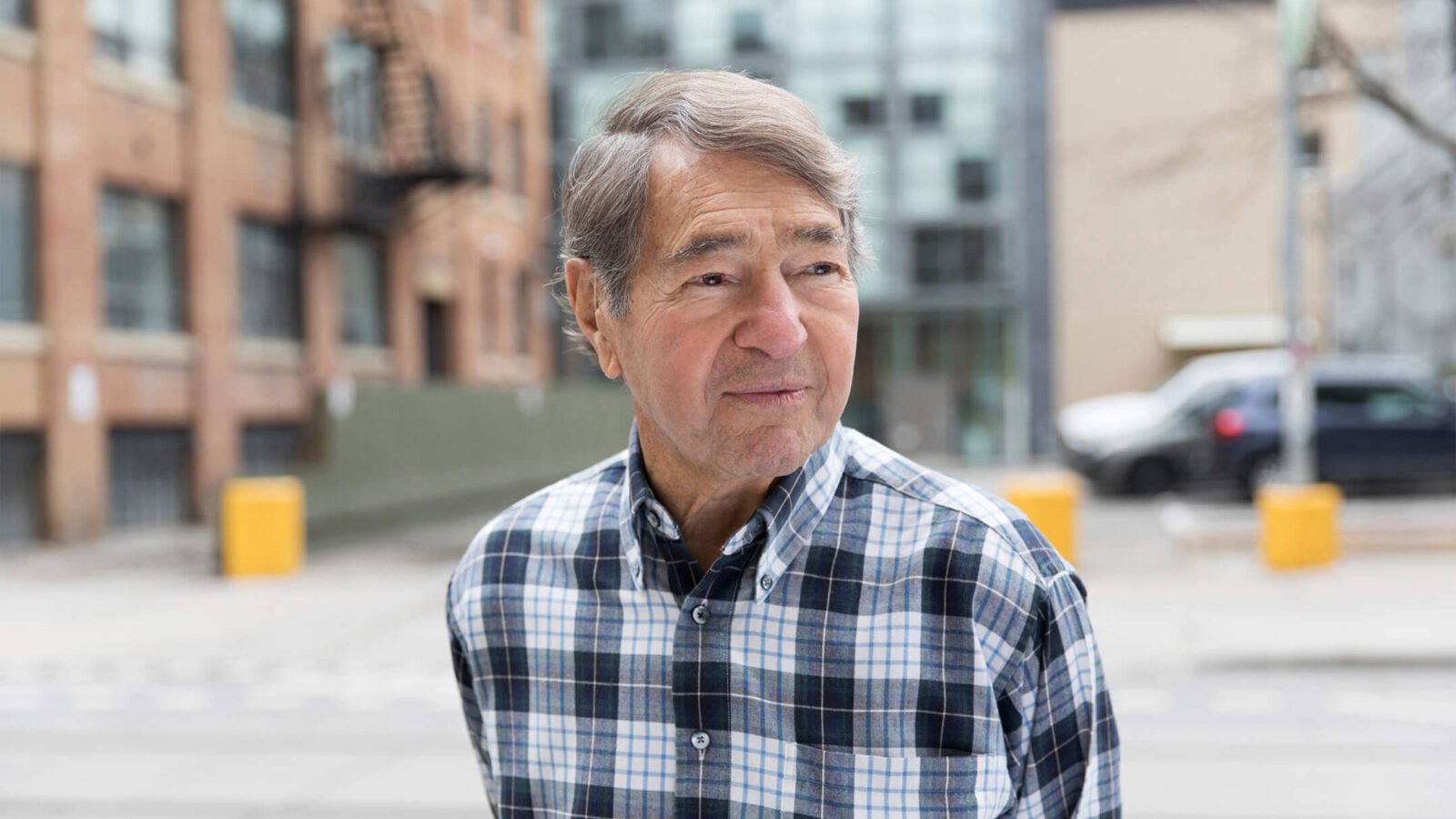 An architect and a civic leader, Jack Diamond leaves behind a resonant legacy in his adopted hometown of Toronto — and around the world.

Everyone called him Jack. Born Abel Joseph Diamond in the South African town of Piet Retief in 1932, the young architect arrived in Toronto in 1964, and quickly became a leading figure in Canadian design — and in the civic culture of a nascent metropolis. As a practitioner, and an early champion of adaptive reuse and contextual sensitivity, he helped define the fabric of Toronto. As a public intellectual, he was instrumental in guiding the city through the tumultuous politics of rapid growth. Jack Diamond passed away on October 30. He was 89.

Diamond grew up in the shadows of World War II. In his recently published memoir, Context and Content, he recounted growing up in a large Jewish family in South Africa and encountering the atrocity of the Holocaust from a distance. “We were aware of the plight of European Jews, but we did not know the extent of their persecution. The horror of the camps had yet to be discovered,” he writes. After the war, they learned that only a handful of his father’s relatives had survived.

Although Diamond’s entire career unfolded abroad, his early years in South Africa — and his Jewish heritage — profoundly shaped his life and works. His humanist ethics were largely formed in response to the repression of the apartheid regime and centuries of Jewish diaspora and struggle (his paternal grandfather died in a pogrom in Lithuania in 1917). In his memoir, he describes the Old Testament dictum of tikkun olam (to “make a better world”) as a foundation for his architectural practice.

Following his undergraduate architecture studies at the University of Cape Town, Diamond pursued a degree in Politics, Philosophy and Economics at the University of Oxford, where he met his wife, Gillian, and distinguished himself as a collegiate rugby player. After graduating in 1958 and briefly returning to South Africa — where the young couple bristled against apartheid life — the soon-to-be architect set his sights on America.

In 1961, Diamond arrived in Philadelphia. As a Master of Architecture student — and later a studio master — at the University of Pennsylvania, he enrolled in one of the world’s leading design schools, where the faculty included Louis Kahn, Robert Venturi, Aldo Giurgola and Holmes Perkins, to name a few. Upon graduation, his stint in Kahn’s legendary yet chaotic office was cut short when University of Toronto architecture chair John Andrews invited Diamond to establish the school’s first post-graduate program in 1963.

After working at U of T, Diamond became a practicing architect; he set up a partnership with Barton Myers in 1968 before starting his own, self-named practice in 1974. By the late 1970s, his firm had become a prominent civic presence. One of its early milestones was the Beverly Place Hydro Block in Toronto’s Baldwin Village. Completed in 1978, the five-storey social housing project combined a sensitivity to scale and context with careful preservation of existing built form. 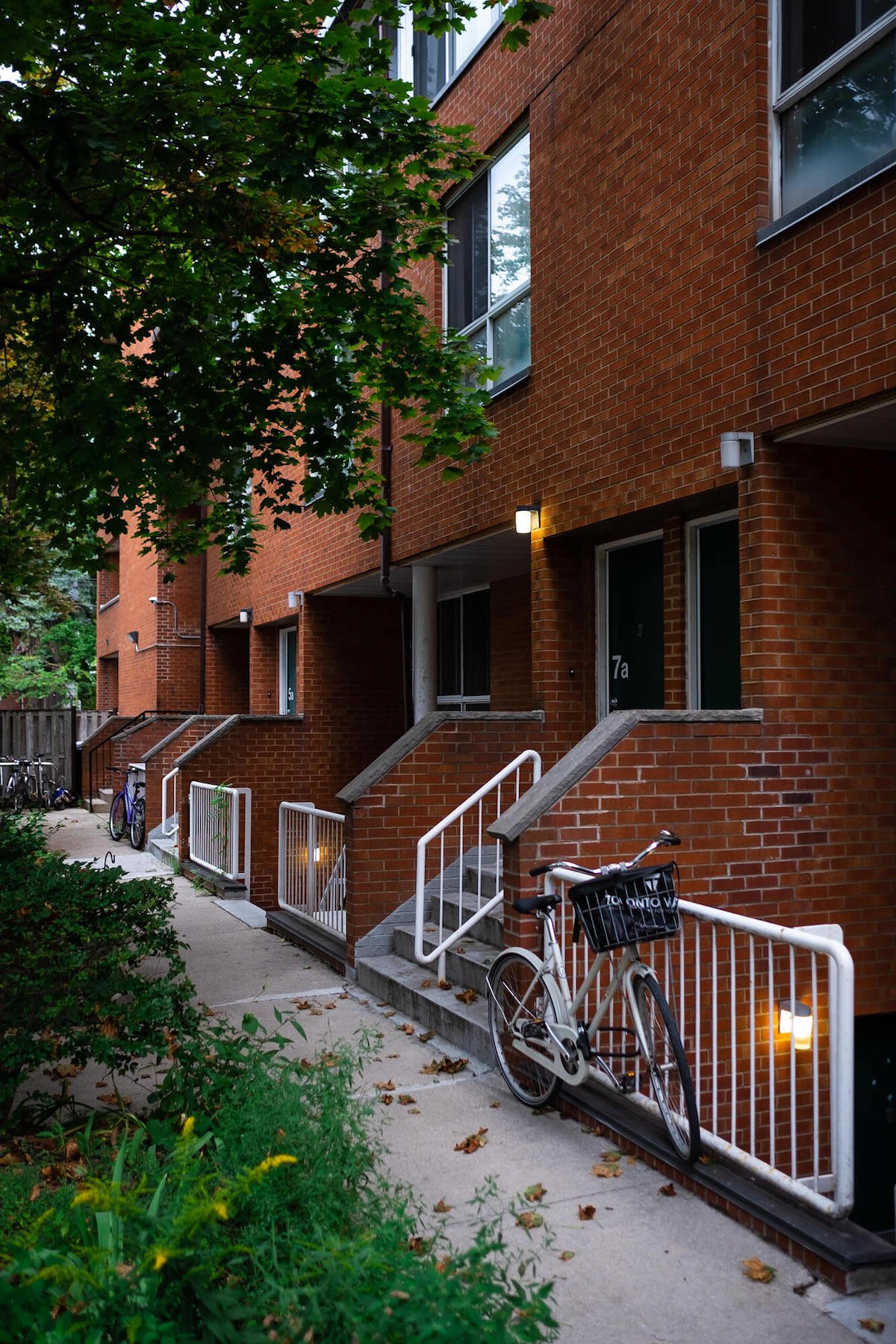 Describing the project in his memoir — highlighted in an excerpt re-published in Azure — Diamond expounds on the “subtle social and economic web on which the community thrived.” This care to protect community fabric while designing for the future became a hallmark of Diamond’s designs. It was also integral to his work in Regent Park, another social housing project in the city. Meanwhile, the York Square complex on Toronto’s Avenue Road demonstrated his panache for combining old and new, embracing evolution while respecting existing context. (In an ever-changing city, these lessons have been too easily forgotten; York Square was demolished this past year.) 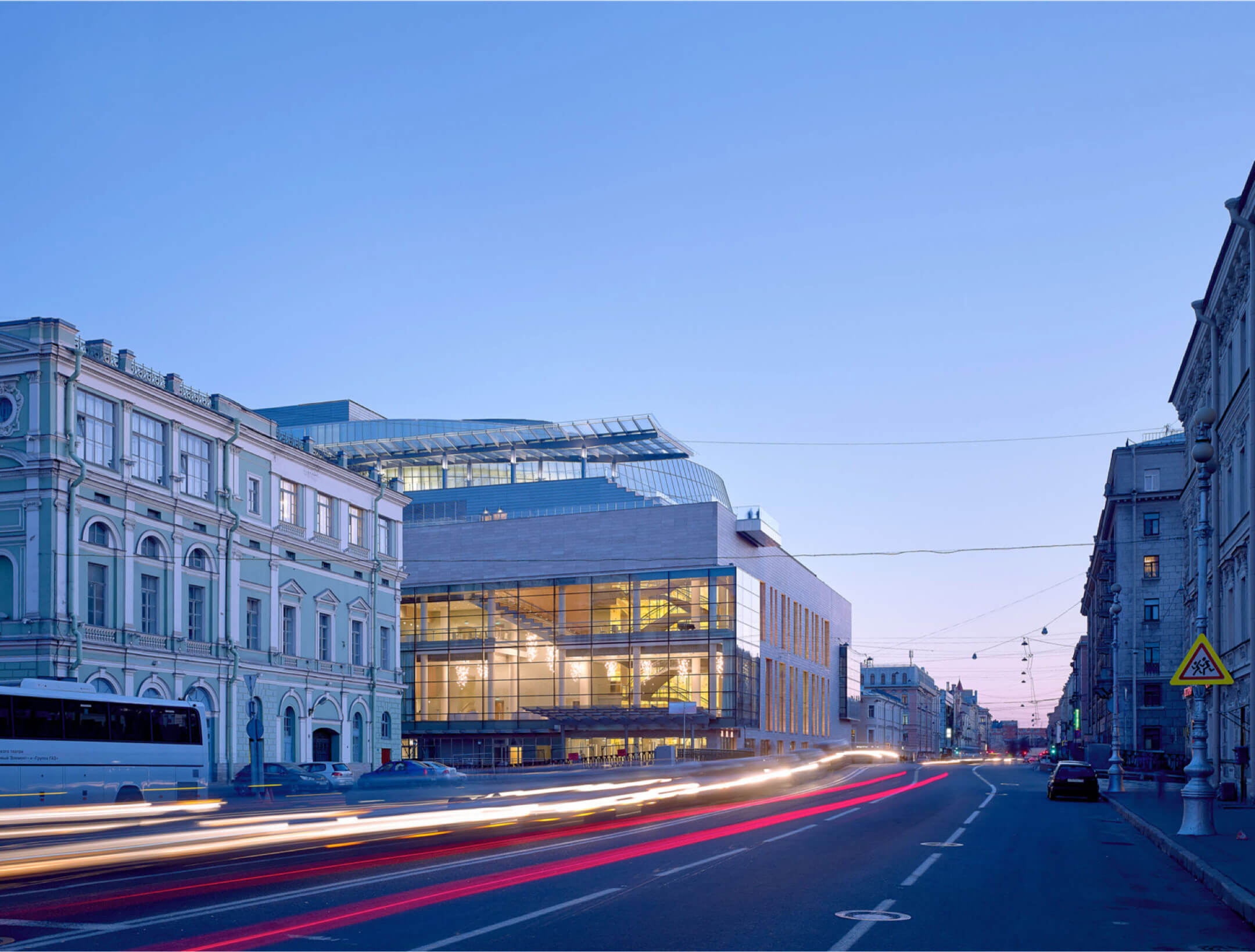 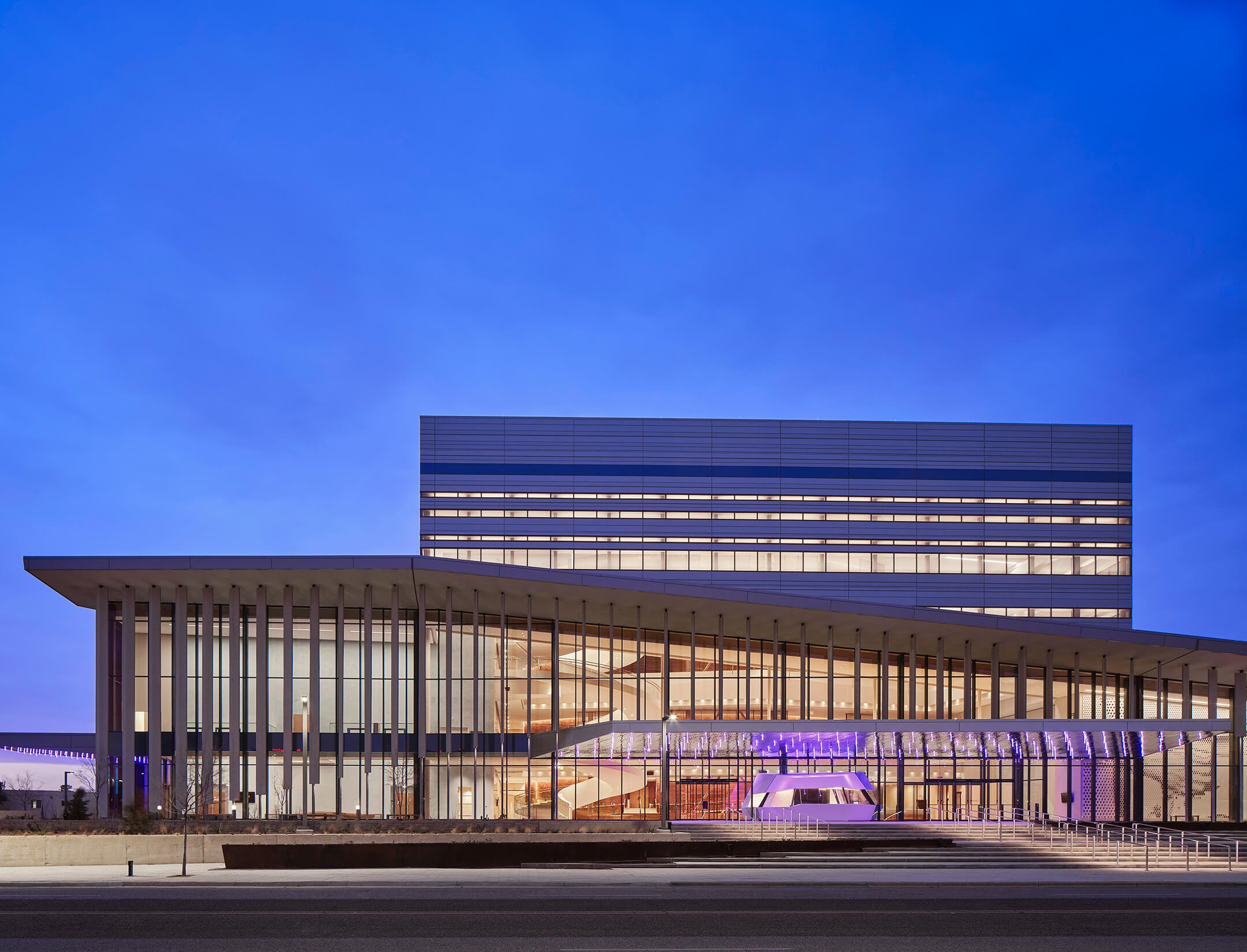 Beyond the drafting table, Diamond was a prominent civic voice and activist. In the late 1960s, he joined Jane Jacobs in fighting Toronto’s Spadina Expressway, a proposed highway that would have destroyed much of the urban core; throughout the next decade, he was an outspoken supporter of Mayor David Crombie’s progressive reforms. In the late 70s, Diamond’s social housing projects at Beverly Place and Regent Park were featured on 60 Minutes, which brought his work to a mainstream American audience. Later on, in the 2000s, through his editorial writing and public speaking, Diamond was a key figure in opposing the expansion of downtown’s island airport. He also served a five-year term as a Human Rights Commissioner for the Province of Ontario, staking a civic role that transcends the architectural profession.

As Don Schmitt puts it, “Jack Diamond’s contribution to urban reform was profound. He led the implementation of infill housing in Toronto to strengthen existing neighbourhoods at risk. He demonstrated the economic and societal benefits of transforming heritage for new uses. He illustrated low-rise alternatives to high-rise development at comparable land use densities. He articulated the negative impacts of low-density suburban sprawl on public transit, servicing costs, social cohesion and the environment.”

Toronto came of age with Jack Diamond. As the city became a major global metropolis, the architect claimed a place in the Canadian cultural canon. Yet, in Toronto and across Canada, there are precious few architects working now with as resonant a civic voice. Diamond knew when to speak up and how to work a room. (Today, Diamond Schmitt Architects – the firm that still bears his name, though he quietly retired from practice some years ago – remains in the news, albeit for its role in designing the controversial privatized waterpark at Ontario Place). 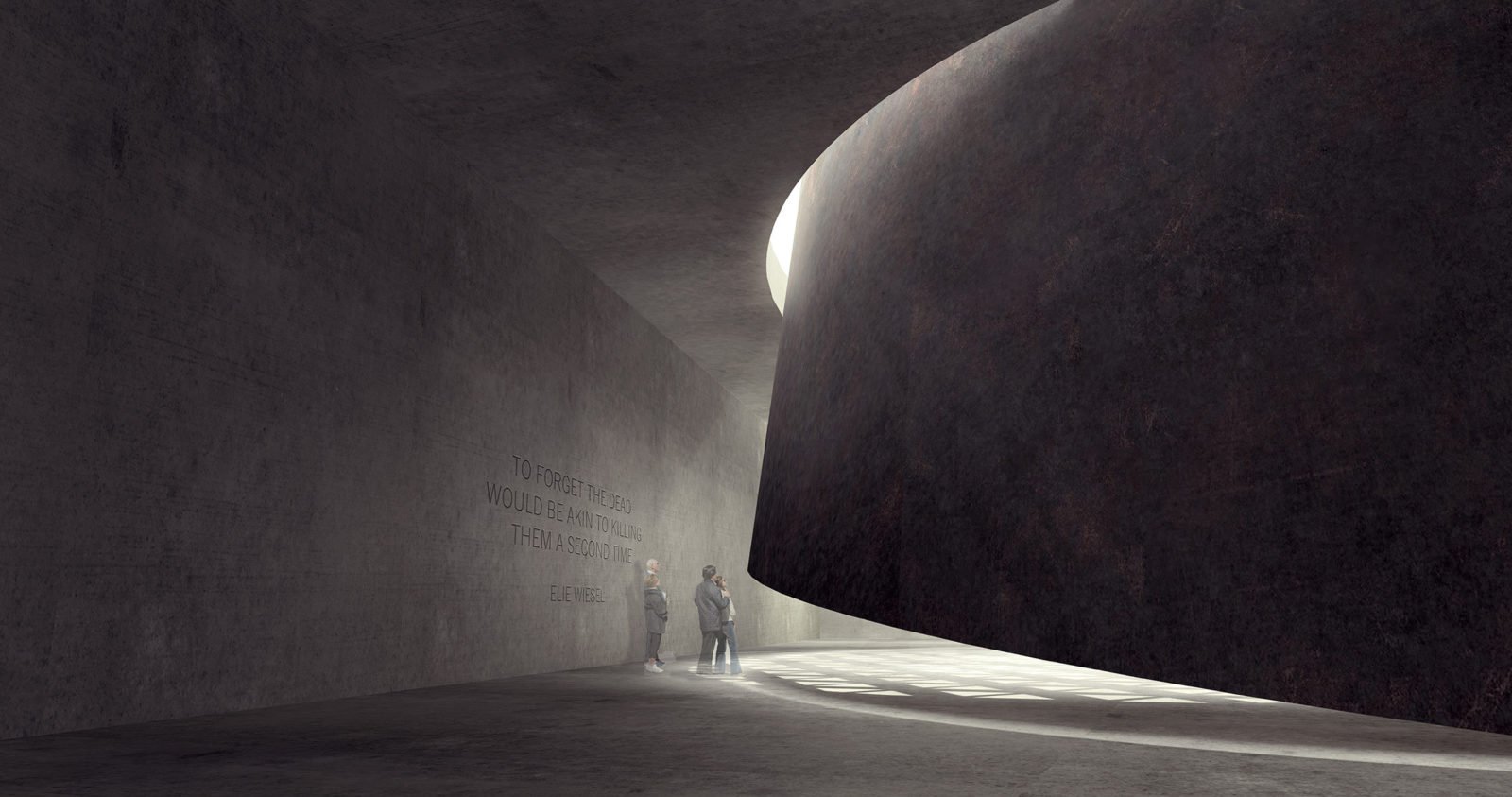 The competition entry for the United Kingdom Holocaust Memorial is defined by a poignant play of light and void. (2016) PHOTO: Diamond Schmitt Architects Inc.

From concert halls to housing blocks and civic institutions, Jack Diamond leaves behind a lasting architectural legacy. As a designer, his magnum opus arrived at the close of his career — an astounding competition entry to design the United Kingdom Holocaust Memorial in London. His 2016 design was a finalist, but not the winner. Still, the images alone carry a rare affective power though the play of void and mass, darkness and light — a gesture that conveys a palpable sense of tragedy and reconciliation through design. That rarely happens in renderings. It rarely happens at all.

An architect and a civic leader, Jack Diamond leaves behind a resonant legacy in his adopted hometown of Toronto — and around the world.