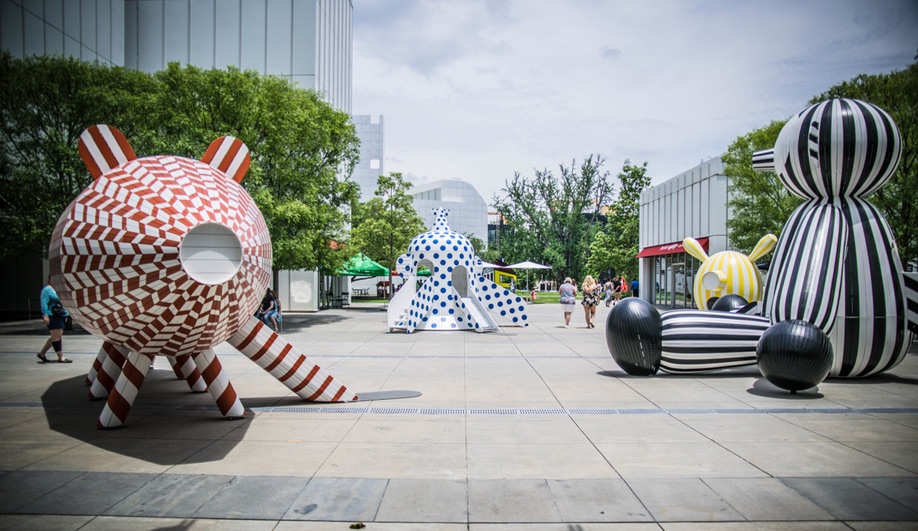 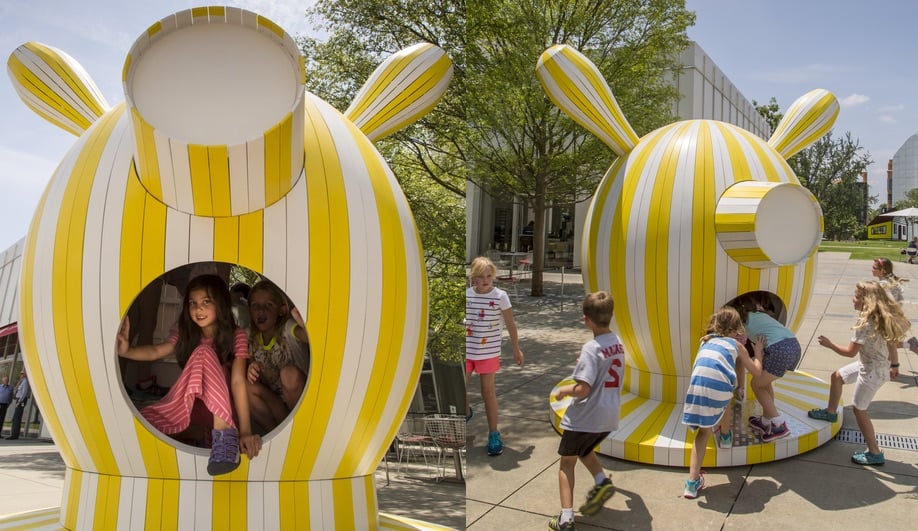 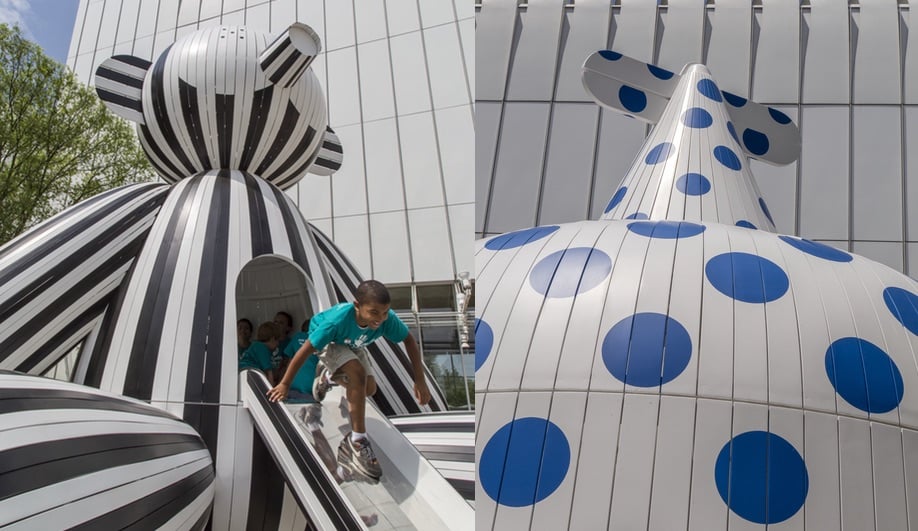 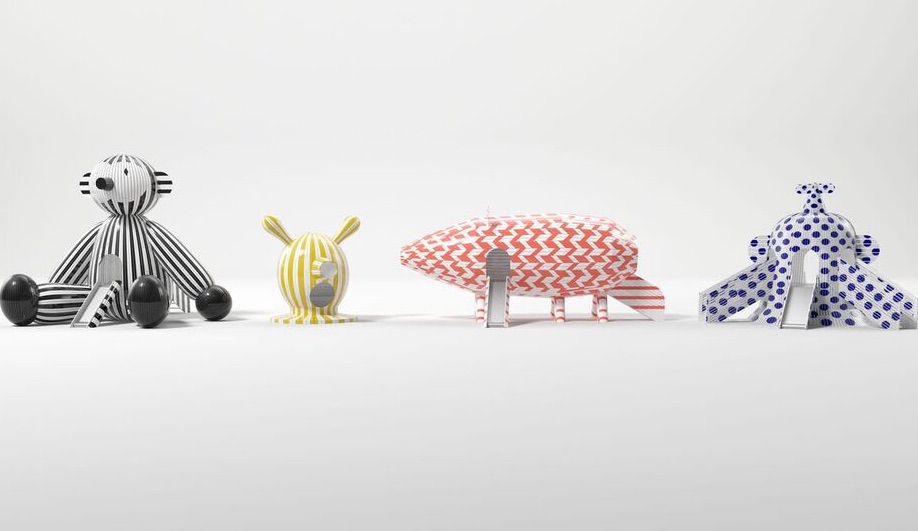 For the third year, Atlanta’s High Museum of Art is presenting a summer-long exhibition at the Woodruff Arts Center’s Carroll Slater Sifly Piazza, in the city’s Midtown. The first two editions of the interactive installation program saw playful works by Mexican designers Héctor Esrawe and Ignacio Cadena. This time around, Spanish designer Jaime Hayon will help encourage community engagement with the museum by installing four whimsical works, collectively entitled Tiovivo (and on display until November 27).

The massive, climbable play sculptures are classic Hayon – super sized. Together the wooden sculptures form an artful playground that recall past works, such as his porcelain figures for Lladro, glass vessels for Baccarat, and even his Green Chicken rocker, a piece the High Museum acquired for its permanent collection in 2015. It also recalls the massive installations he’s put on for Milan Design Week and London Design Festival in years past, including a giant Bisazza-tile-adorned Pinocchio and life-size jet, and a chess board that took over Trafalgar Square.

In bright stripes, polka dots and chevron patterns, the pieces are modelled after animals (a pig and a monkey – or perhaps a bear) as well as a ball with antennae-like projections that recall multiple Hayon’s Showtime vases for BD Barcelona Design.

The fourth piece could be interpreted as bell-shaped, or perhaps as an alien vessel that could transport some of the strange creatures Hayon has dreamed up over the years. Not to mention carry away the imagination of a child. With slides built into either side, the structure’s core is accessed by ascending either of the small staircases at the front and back to enter a kid-sized portal.

The piazza activation program was originally planned as a two-year project, which launched with Mi Casa, Your Casa, a series of pitched roof frames that incorporated hammocks for an afternoon laze, and provided a whimsical venue for public events. The follow up, Los Trompos, brought a scattering of colourful, human-scale spinning tops to the plaza. The success of these pieces has resulted in the program’s extension until 2017, and Tiovivo already has us looking forward to many more years.