James Corner wins Navy Pier redesign
New York's James Corner Field Operations — the landscape designer behind the High Line — has been selected to revitalize the slice of Chicago waterfront that Daniel Burnham once envisioned as the People's Pier. 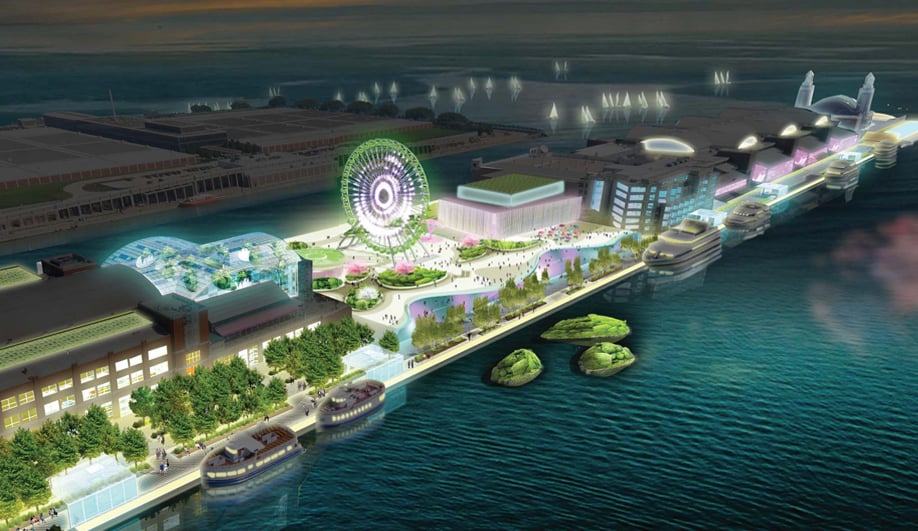 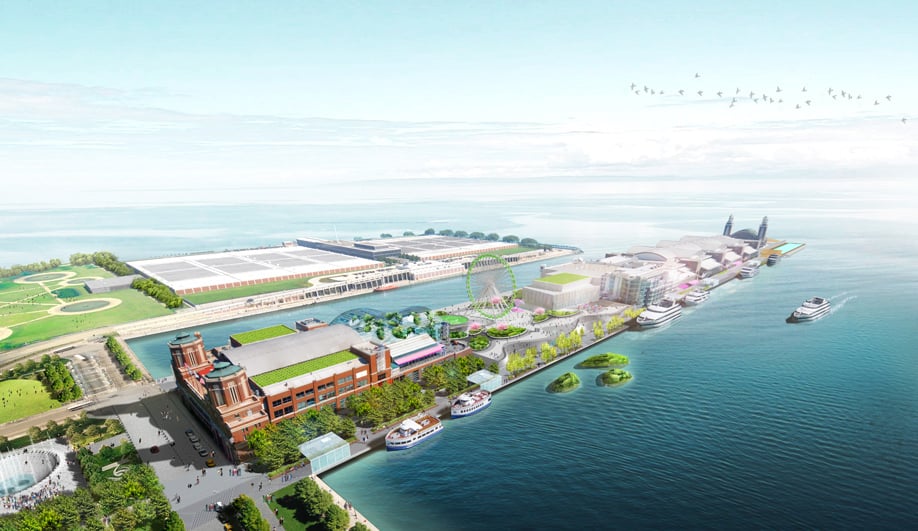 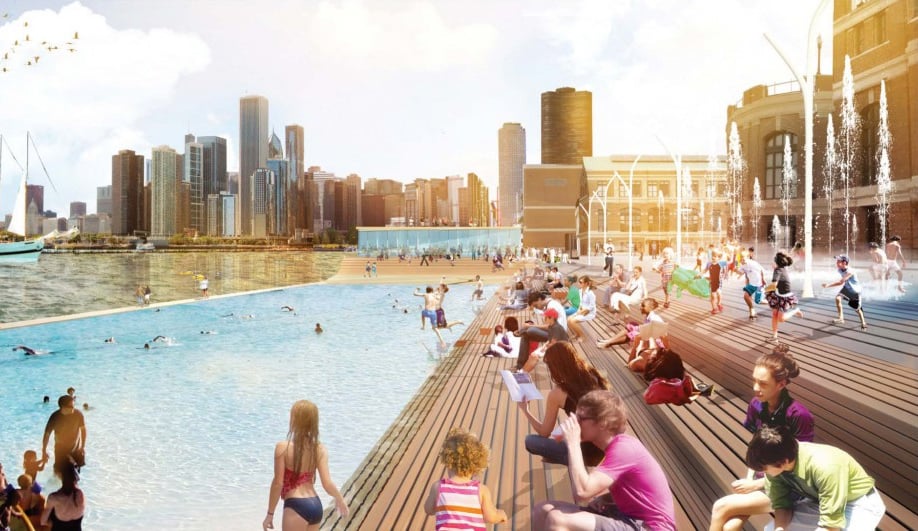 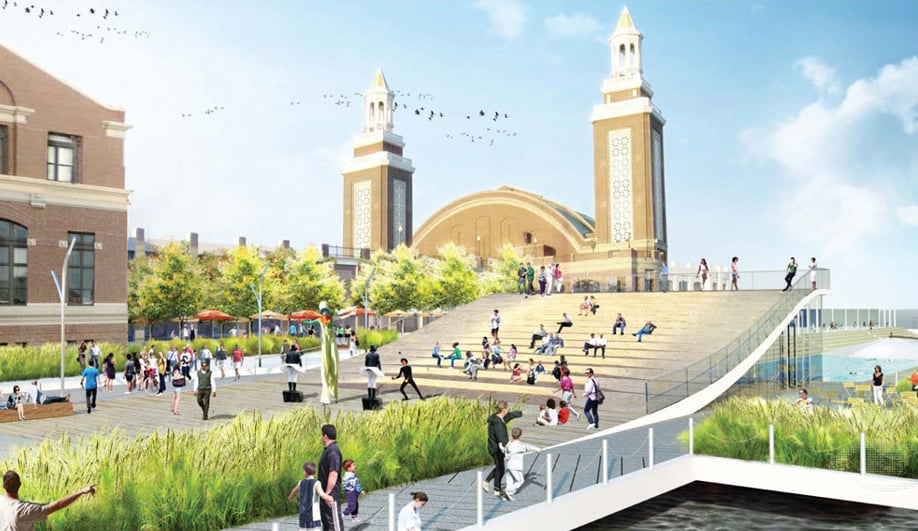 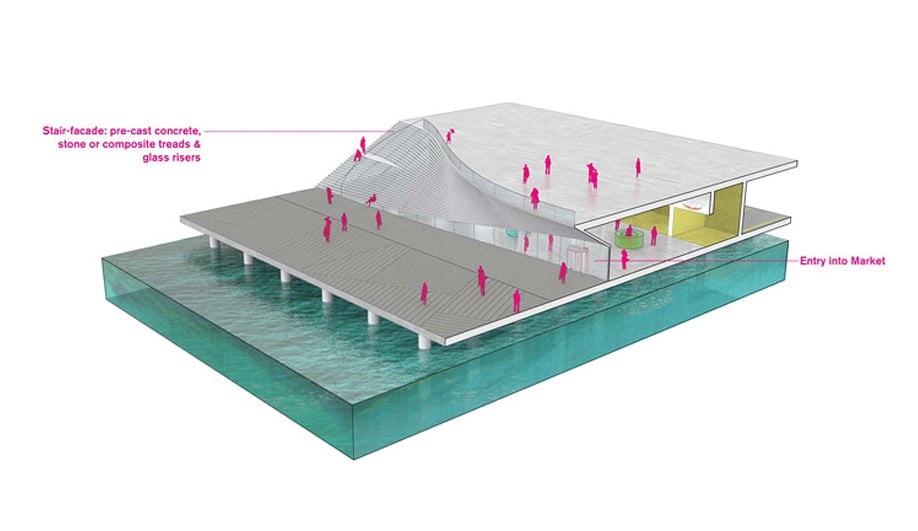 JCFO’s concept proposes rejigging the the promenade’s event areas, transforming the current spaces into venues that include room for hanging gardens, a sandy beach and an amphitheater. In addition to re-energizing the strip of land that connects the pier to the city, dubbed “the front porch,” the plan also calls for improving the paths connecting the pier to Grant Park and Millenium Park to the south. But the showstopper is the boardwalk; on one side, grandstand risers lead down to a swimming pool; on the east side, undulating topographic steps lead from the promenade up to the roof of a market and café.

“Having an internationally renowned design firm like James Corner Field Operations working with one of our city’s greatest icons demonstrates that Chicago has the energy and vision to continue to lead on the world stage,” said Rahm Emanuel, Chicago’s mayor, at the announcment on March 15.

The announcement comes after a six-month search, which included submissions from 52 teams from across the globe, including those led by Zaha Hadid, Behnisch Architekten, Safdie Architects, SHoP and Morphosis. At the end of January, five finalists were named, including the joint efforts by AECOM and Bjarke Ingels Group; Xavier Vendrell Studio and Grimshaw Architects; and !melk, HOK and Urban Lab.

In comparison to the other submissions, Navy Pier’s board seems to have sided with the decidedly more down-to-earth proposal. !melk, HOK and Urban Lab’s proposal included a tower, called the Glacier, rising out of the lake while AECOM and BIG’s concept featured a tiered platform with a lifted corner (a signature BIG move).

Board members, however, will work with JCFO to tweak the design, which will be realized within a $85-million budget and possibly incorporate elements from the other four teams. The pier’s remake is slated for completition in 2016 – in time for the city’s centennial celebrations.

See the winning design and four runners-up at navypiervision.com.

SHARE
Twitter, Facebook, LinkedIn, Pinterest, Email
TAGS
Green Design, Industry News, Landscape,
AZURE is an independent magazine working to bring you the best in design, architecture and interiors. We rely on advertising revenue to support the creative content on our site. Please consider whitelisting our site in your settings, or pausing your adblocker while stopping by.