Jamie Wolfond Debuts Collection at Stockholm Furniture Fair
After partnering with West Elm as the retailer of his Good Thing label, Toronto designer Jamie Wolfond is debuting a very well-considered line of his own prototypes in Stockholm. 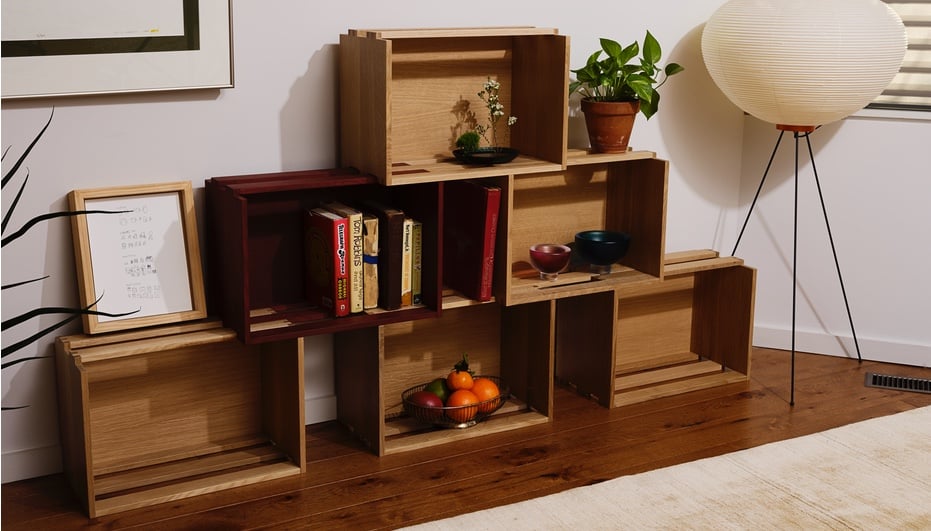 In mid-January, West Elm became the exclusive retailer of Good Thing, a much-admired Toronto and New York design brand devoted to reinventing housewares in ingenious and vibrant ways. Founded by RISD grad Jamie Wolfond in 2014, Good Thing was always a must-see at the ICFF fair in New York and a place where emerging (and established) talent could experiment and produce newfangled products.

The West Elm announcement was a major development, one that some argued proved that indie furniture brands were finding it much too difficult to survive in an evermore competitive market. At the time, however, Wolfond and West Elm (which will promote Good Thing products in its stores and online) emphasized that the Toronto designer would be working closely with the retailer to develop new collections.

But more reassuring was the fact that this partnership would free up Wolfond to dedicate more time to his own endeavour, the Jamie Wolfond Studio. After all, it is Wolfond’s sensibility that has propelled Good Thing forward, even in its collaborations with some of the world’s most sought-after product designers. “After more than four years of exclusively running Good Thing, I amassed quite a few designs for products that did not suit the brand or its customers for one reason or another. In this collection, and this studio as a whole, I have a new outlet to see these ideas realized.” Wolfond explained.

Those designs are now on display at the Stockholm Furniture Fair – within the Greenhouse showcase of emerging designers – and they demonstrate the ethos that Wolfond has long championed: of developing well-conceived and -executed household products. The studio will seek to license these designs with manufacturers internationally. 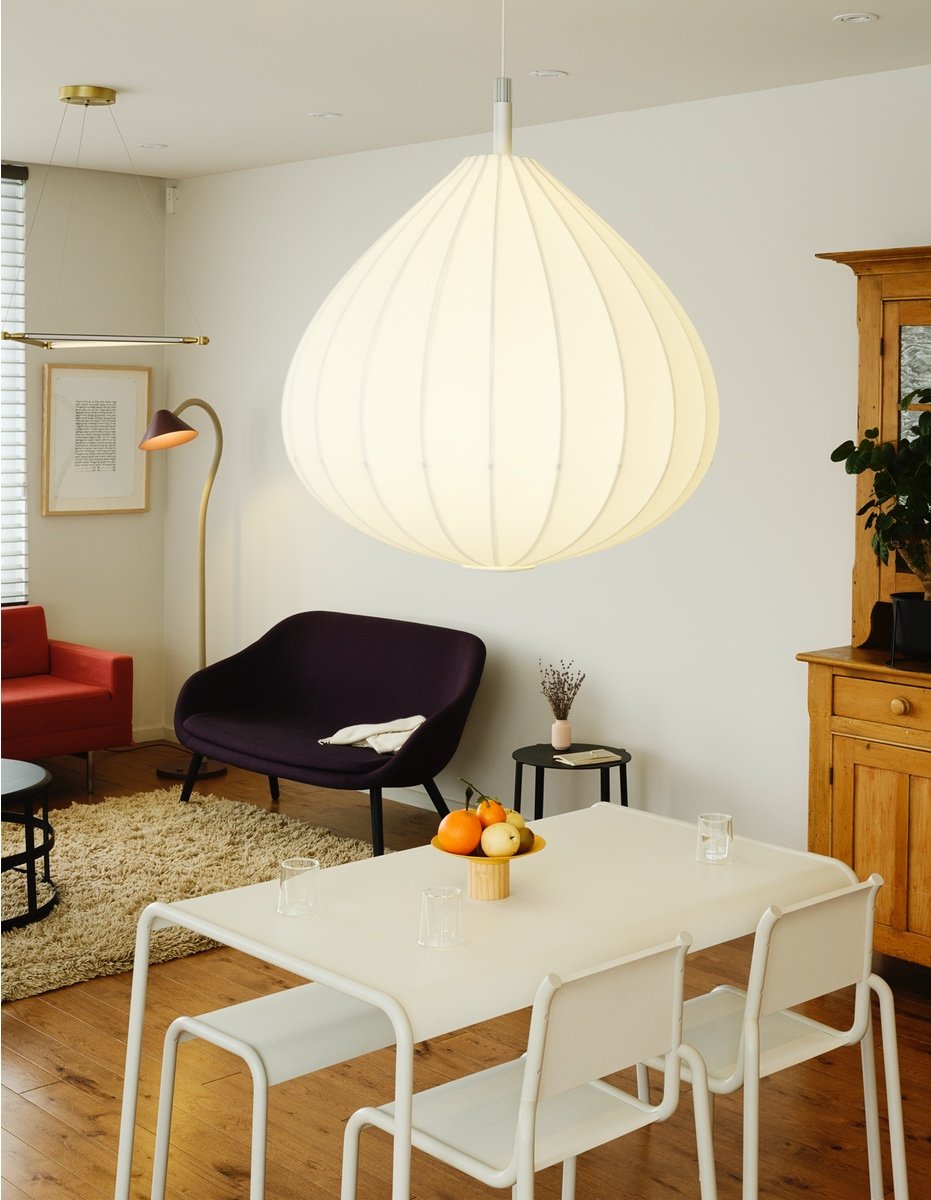 The collection’s biggest pieces constitute the Pal Series, a table, stackable chair and bench with bent laminated wooden surfaces – an entire set that can be shipped flat and easily assembled. This image above also shows the Ready Light, which Wolfond describes as “somewhere between a mid-century lantern and a common umbrella” for its ability to be folded into a a narrow mailing tube for shipping and storage. (You can see the designer expanding the frame from its collapsed state in this video.) 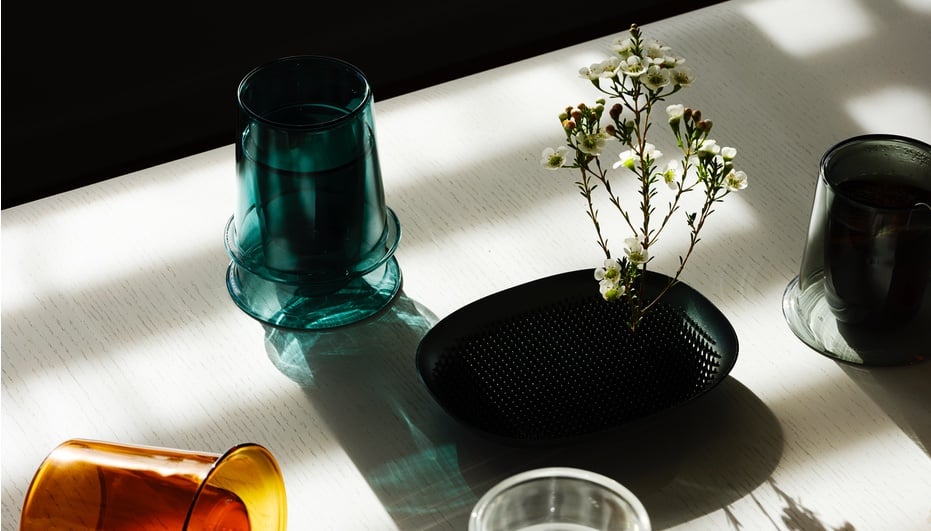 Also among the new pieces is the the Frog Vase (above, centre), which “combines the traditional Japanese Kenzan (or flower frog) and the vessel it resides in to yield a succinct tool for arranging flowers.” The low, flat vessel features a gridded base that supports stems. Shown here also is the Supermug, a double-walled (and therefore insulating) cup with an inner vessel raised from the bottom to eliminate the need for a coaster and an overall tapered form that allows for easy stacking. 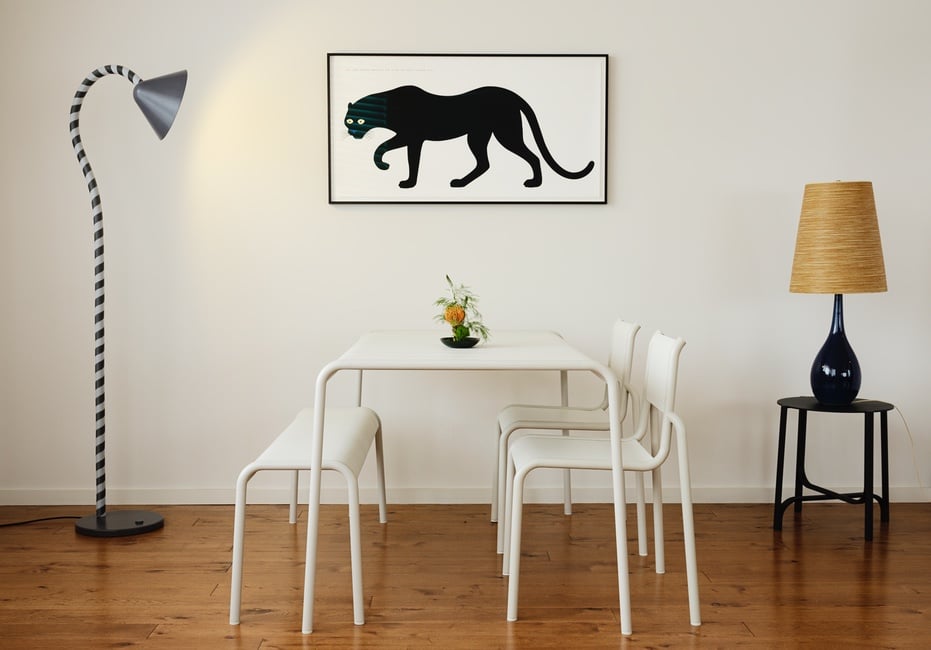 Another smart lighting design is the Owl Lamp, whose stand is a flexible hose inspired by Wolfond’s fascination with drinking straws. With a simple twist of the wrist, the hose can rotate the diffuser 360 degrees to aim the light wherever it’s desired. 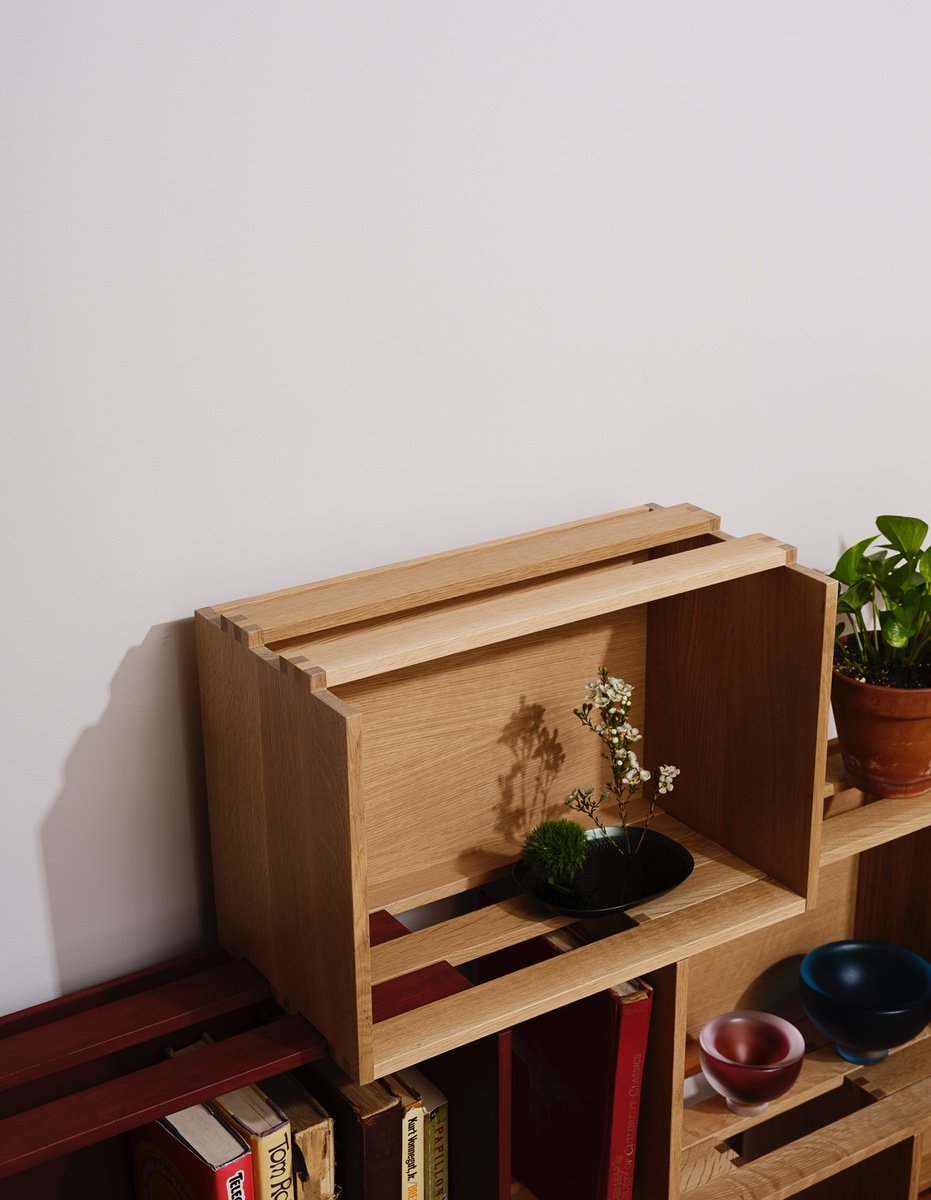 Finally, the Offset Crate is a new interpretation of the ever-adapted fruit crate. Wolfond’s feels much more crafted than previous iterations thanks to its staggered slats that interlock when the crates are stacked. They transform the containers, which can also be used as single, self-supporting pieces, into a stable shelving system.