Jan Kaplicky’s Futuristic Visions
A new book and an exhibit at the Architectural Association in London bring together the fantastic drawings by the Prague-born architect and founder of London firm Future Systems. 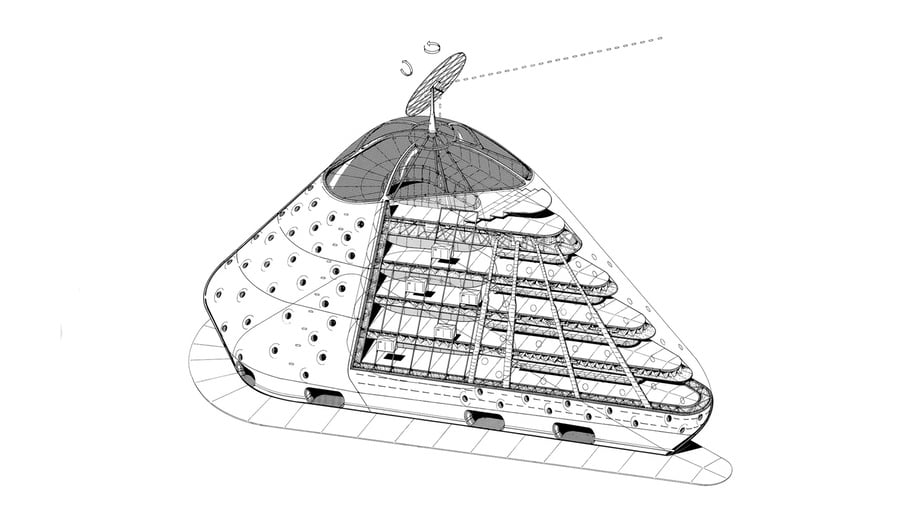 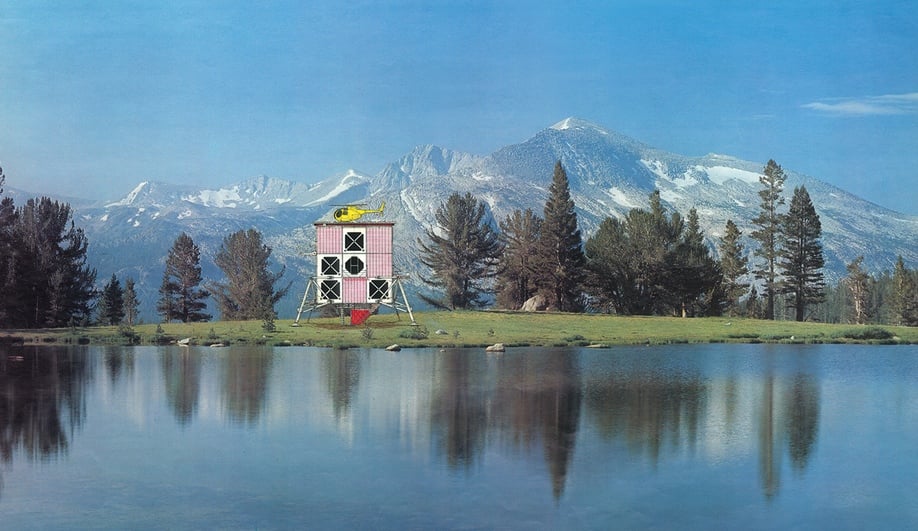 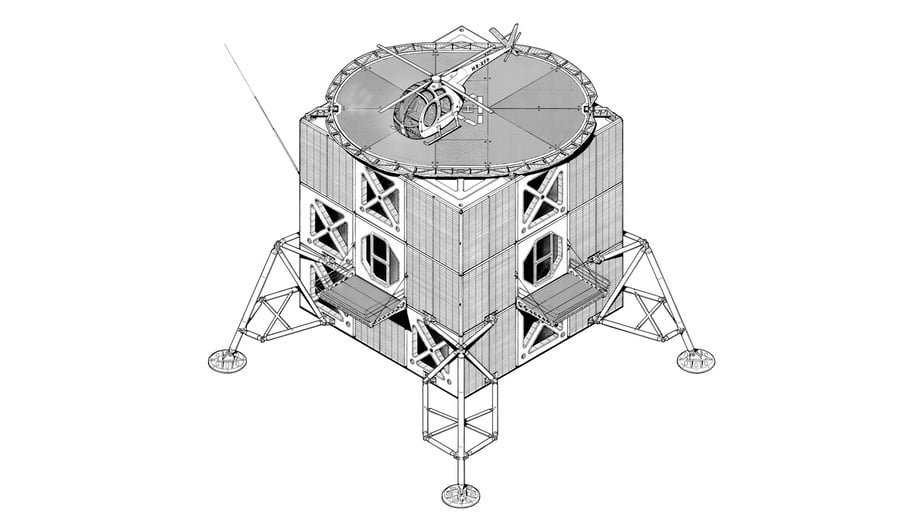 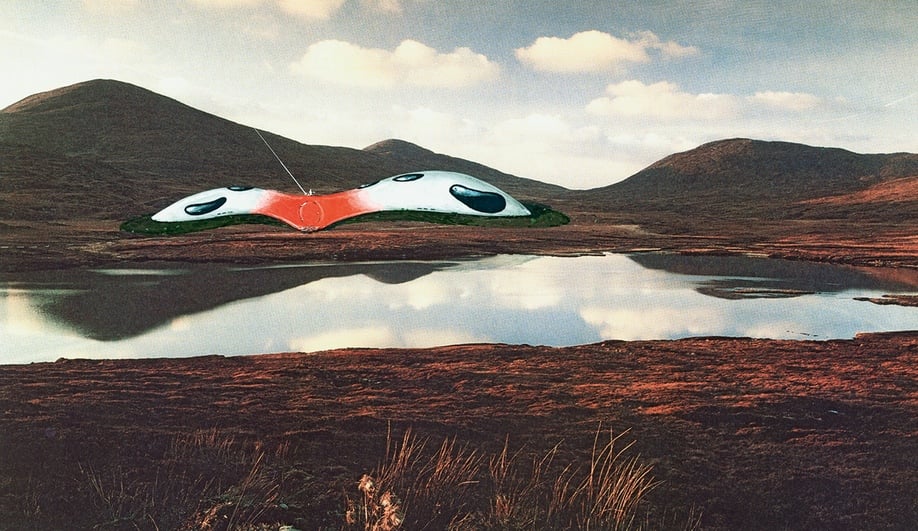 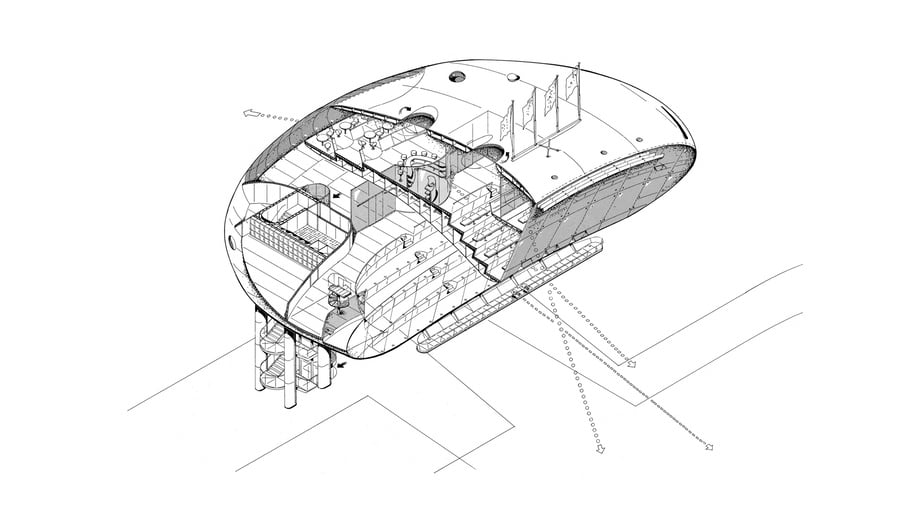 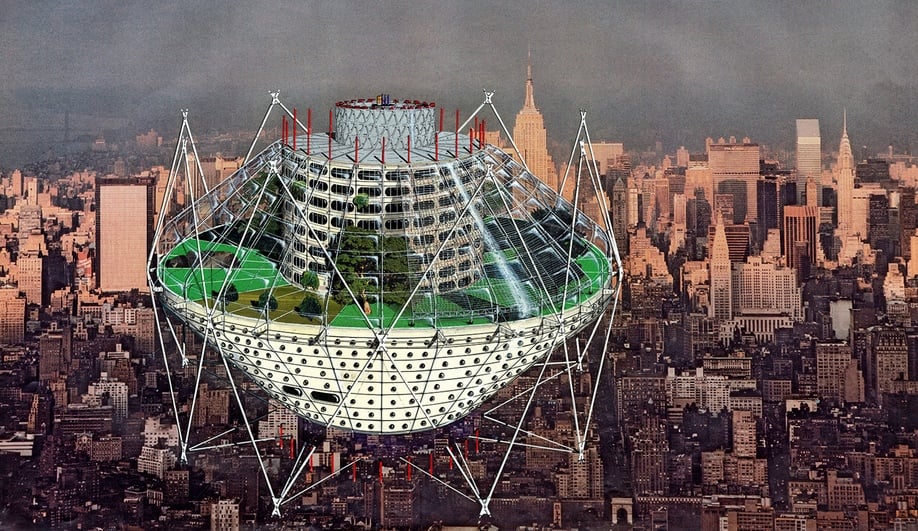 When Jan Kaplicky died in 2009, suddenly at the age of 70, he had realized only a few projects, but they were brazen and influential. The Selfridges building in Birmingham, covered in a scaly skin of silver discs, and the Media Centre at Lord’s Cricket Ground in London, with its sci-fi vibe, make as strong an impression today as they did when they were completed. In an obit for Kaplicky, the Guardian noted that the Media Centre almost bankrupted Future Systems, the firm Kaplicky had established in 1979. “They were rescued only by becoming, in 1999, the most deserving winners in the entire history of the Stirling Prize.”

For most of Kaplicky’s career, he expressed his architectural ambitions through drawings. In 1968, he moved to London (as Russian army tanks were rolling into his native Prague) and went to work with Richard Rogers, and then Norman Foster; and in 1979, he set up Future Systems with David Nixon. It wasn’t until after 1989, when he hired Amanda Levete, that he began building – although he and Nixon had made speculative designs for NASA’s International Space Station. In all that time, his ideas found their form on paper. Now, a new book called Jan Kaplicky Drawings (Circa Press) and an exhibit at the Architectural Association show just how ahead of the time these works were.

As Richard Rogers writes in the book, Kaplicky was a pioneer in every respect. “He began to investigate green technologies and strategies before most people were familiar with these concepts. He was among the first to experiment with organic and biomorphic forms – long before the age of the computer, when plotting complex curvatures meant tracing with a pen around a set of French curves.” In fact, Kaplicky was wary of computers, and how they were making architects think differently than they would if wielding a pen. In his own hands, the pen was remarkably dexterous, and his drawings – of capsule-like retreats, machine-homes, modular towers, and blobby complexes – were meticulously detailed, but in a tactile, handwrought way that make today’s slick computer renderings feel soulless.

Besides illuminating Kaplicky’s genius, the book and exhibit also draw attention to the level of art and expertise required in architectural drawing. In the case of Kaplicky, the lion’s share of his drawings and collages would never be realized; in the vein of Lebbeus Woods and Archigram, they were for the most part explorative, provocative and futuristic. Their main purpose was to re-imagine the possibilities of architecture. “Where is it written that buildings have to be boxes?” Kaplicky once asked.

His out-of-the-box speculative works were labour-intensive: “Working on tracing paper, he would set up the drawing first in pencil then complete it using Rotring pens, in a variety of nib sizes, which dispensed Indian ink. Editing meant scratching out with a razor blade or scalpel. With film, the drawing would usually be mapped out in blue pencil (which the dyeline and camera reprographic processes would not pick up) and then completed with Rotring pens with tungsten nibs, using special ink. Even with the advent of quick-drying inks, thick lines would dry more slowly than fine ones and so a method had to be developed to keep drawing without smudging the drawn lines with the movement of the Mayline. For colour, shading or material effects he applied Letratone or Zipatone or very carefully crafted the patterns by hand. For sketching he used black fine-line pens and coloured pencils.” Even though they were never built, his concepts serve as a record of their time, and as art works in their own right.