A Japanese Constellation  Lights Up MoMA
In New York, the Museum of Modern Art spotlights three generations of architects - led by Toyo Ito and SANAA - whose influence reverberates around the world. 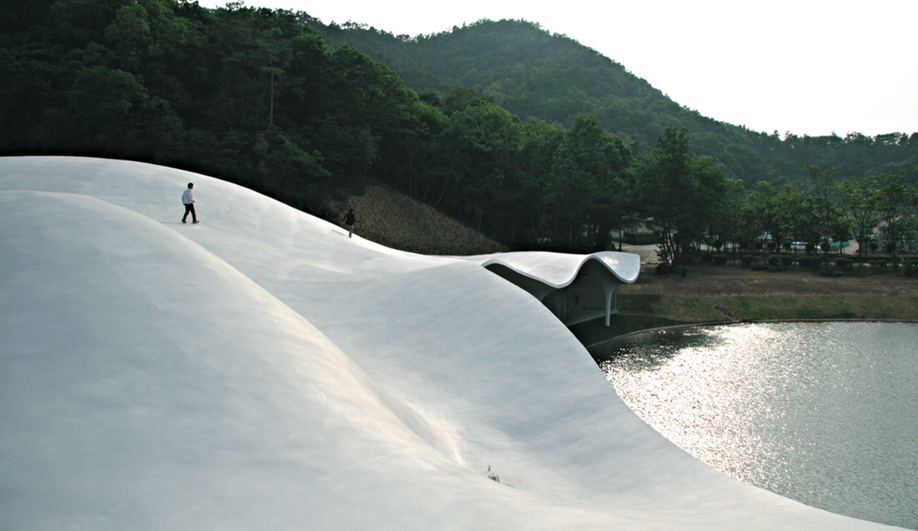 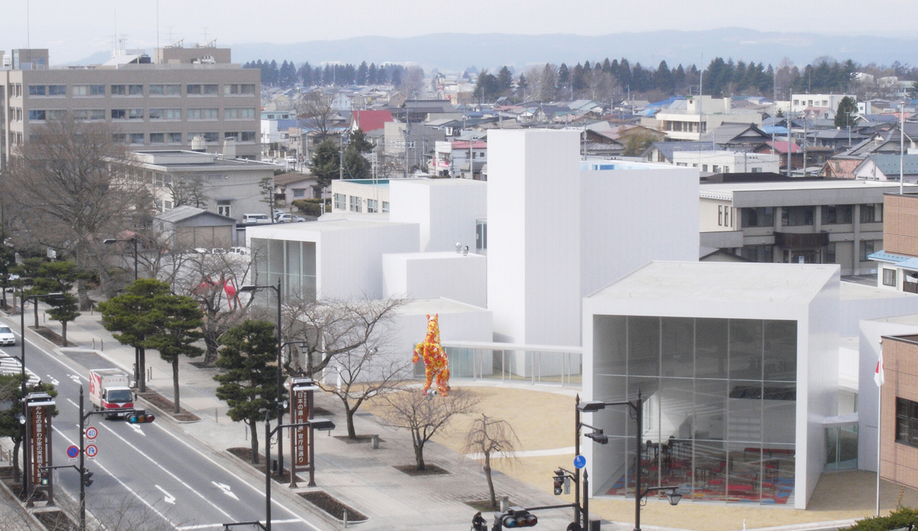 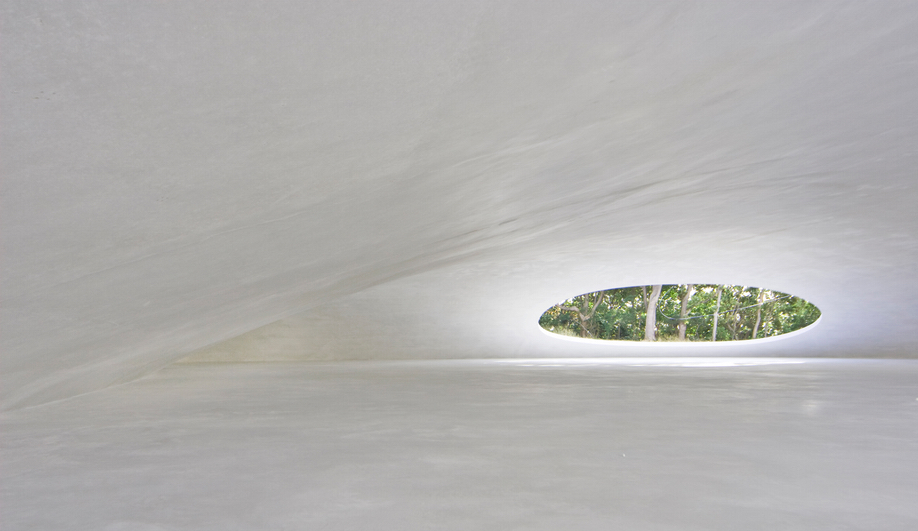 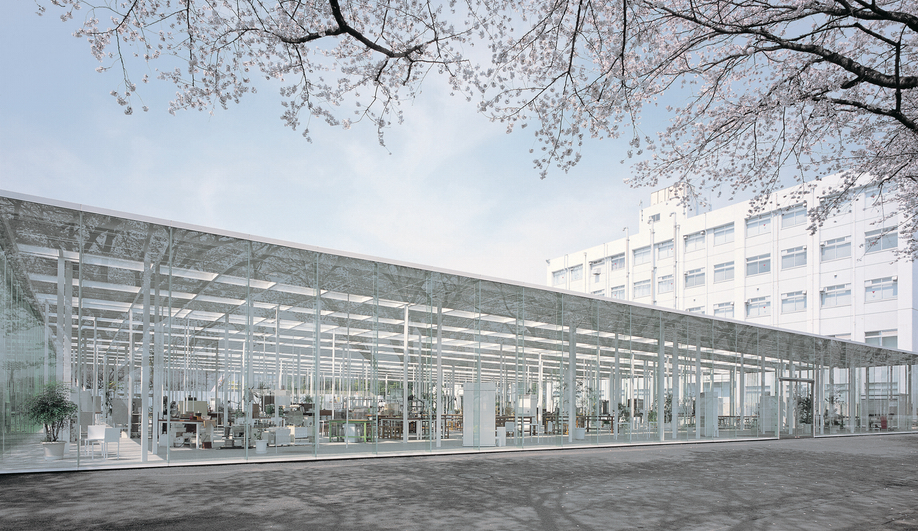 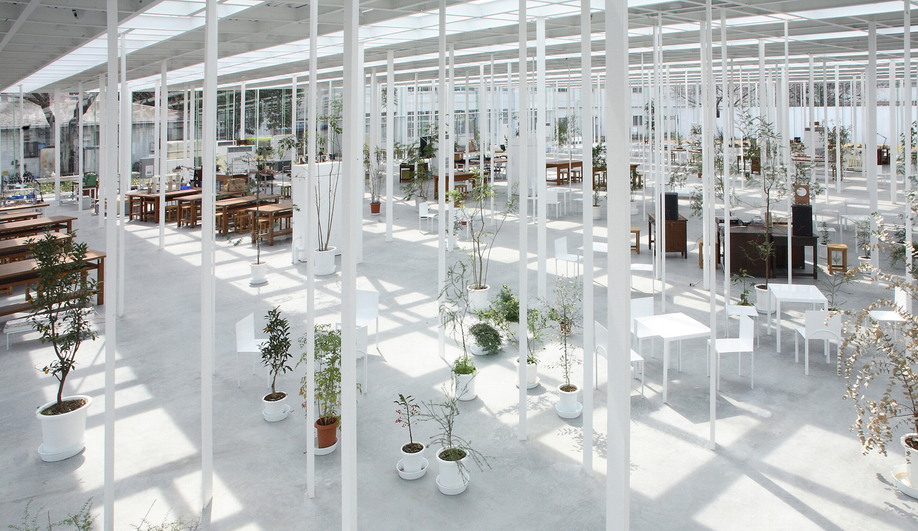 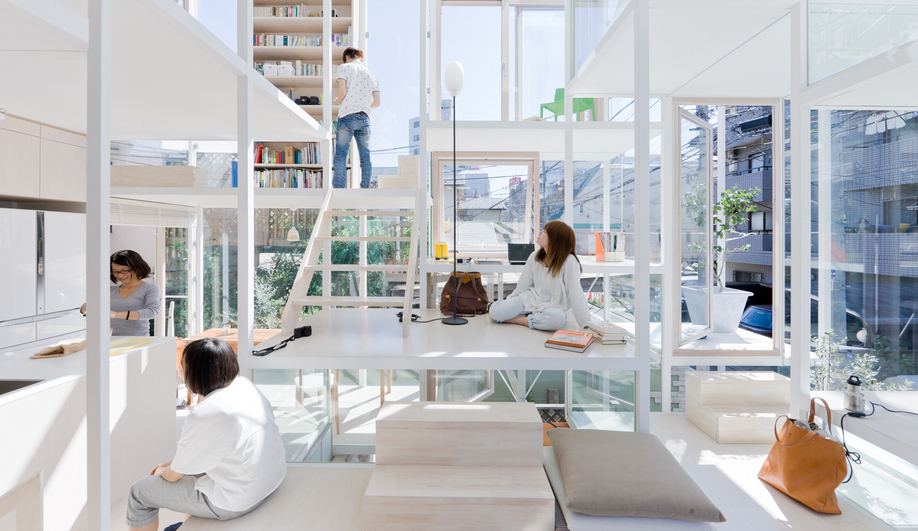 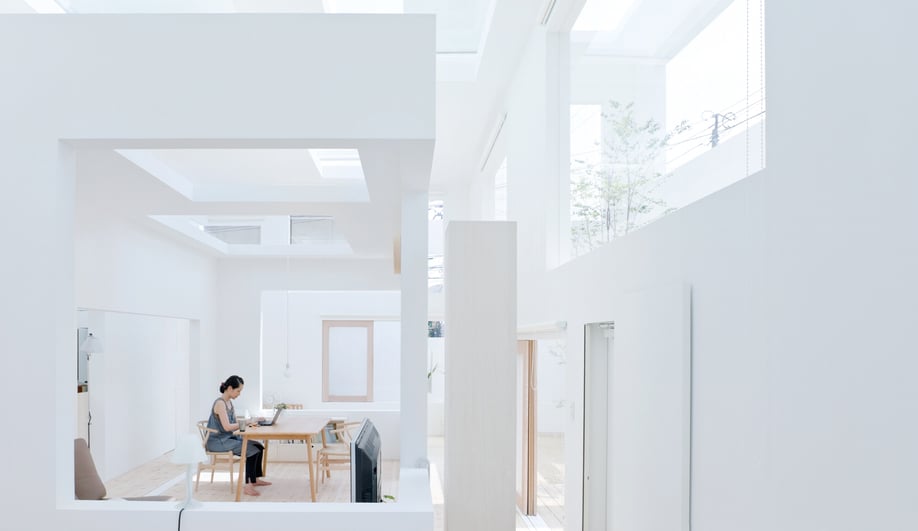 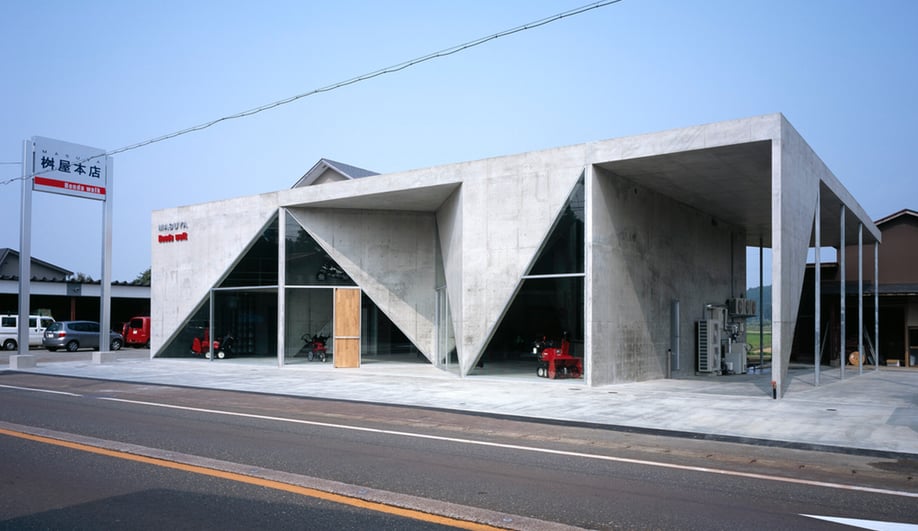 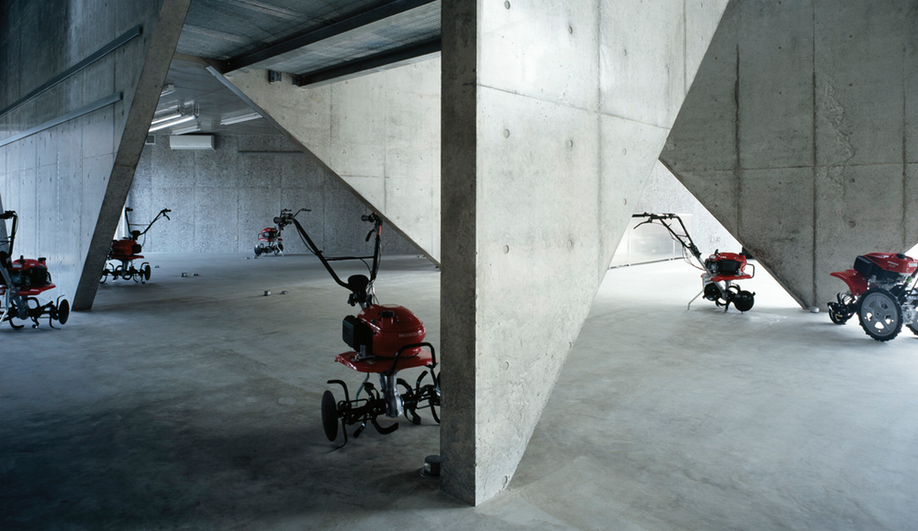 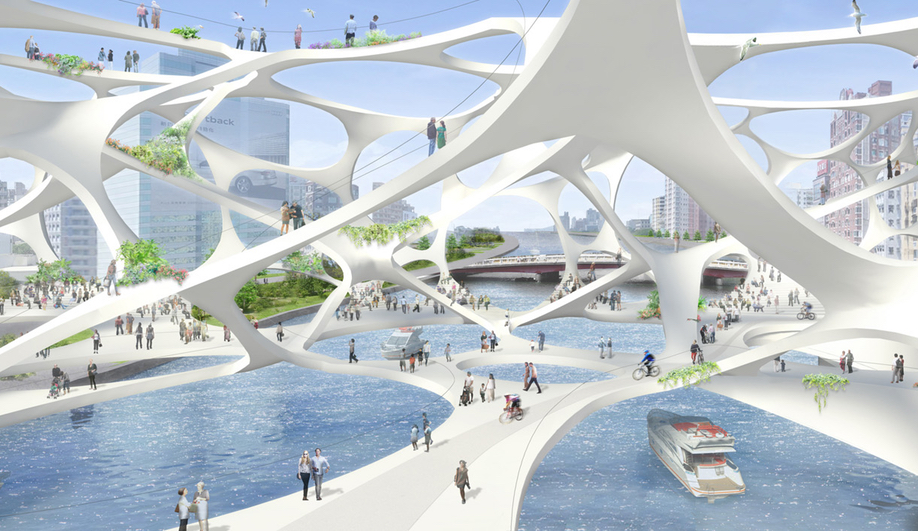 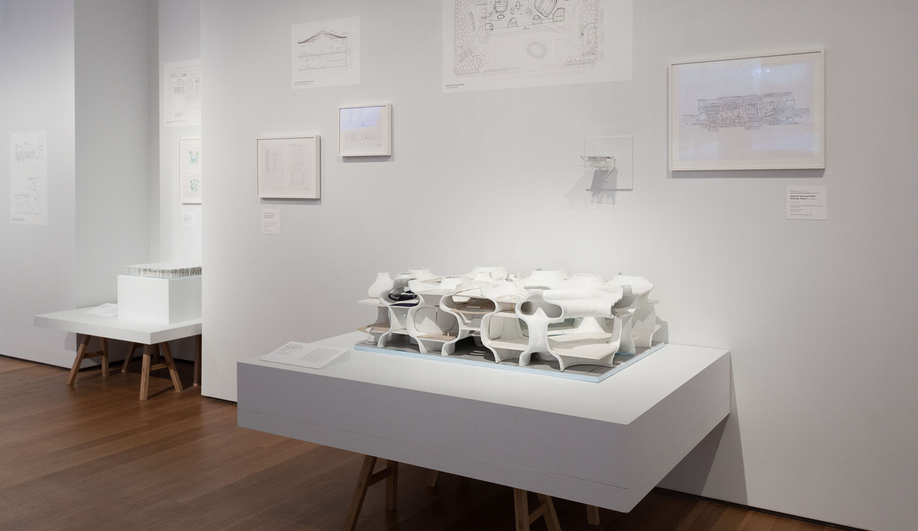 Installation view of A Japanese Constellation: Toyo Ito, SANAA, and Beyond, at the Museum of Modern Art / photo by Thomas Griesel 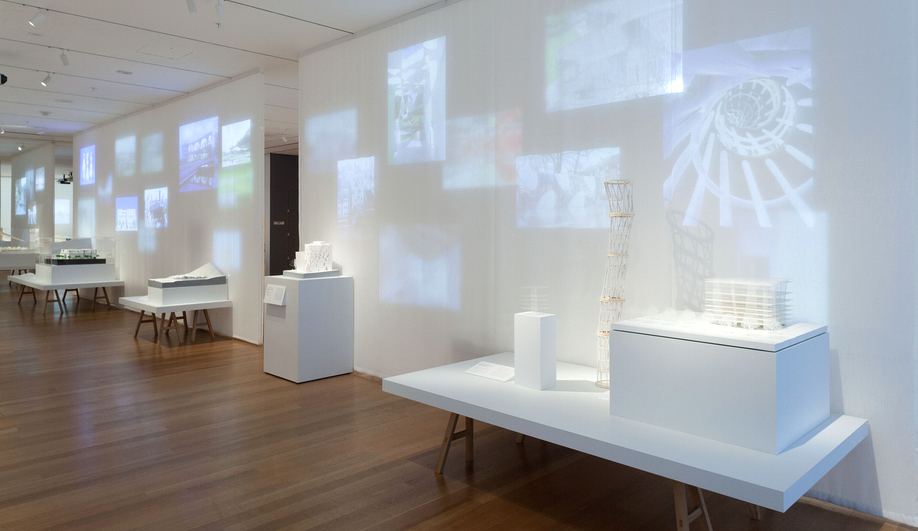 Installation view of A Japanese Constellation: Toyo Ito, SANAA, and Beyond, at the Museum of Modern Art / photo by Thomas Griesel

Japanese architecture has left such a deep impression on modern and contemporary architecture, generally, that it’s effectively impossible to distinguish one from the other. From star modernists like Frank Lloyd Wright (who was already building in Japan at the beginning of the 20th century) to contemporary architects like Rem Koolhaas (who declared in 2011 that “the level of architecture in Japan is higher than in rest of the world”), it’s clear that the West is in thrall to ideas that have been emerging from Japan for nearly a century.

MoMA, for its part, was an early champion of Japanese architecture; in 1932, the museum devoted a section of Modern Architecture: International Exhibition – its first-ever show devoted to architecture – to Yamada Mamoru’s 1925 Central Telegraph Office. That show, co-curated by Philip Johnson and Henry-Russell Hitchcock, introduced the International Style to swaths of North America; although the International Style is largely associated with European architects such as Le Corbusier, MoMA showed from the outset that the use of clean-lined steel, glass and concrete was a truly global phenomenon.

A Japanese Constellation: Toyo Ito, SANAA, and Beyond, which runs March 13 to July 4, extends MoMA’s coverage of contemporary Japanese building into the 21st century, and is its first show devoted exclusively to the country’s architects and architecture.

The “constellation” at the heart of the show is Japan’s current generation of master architects – Pritzker-winners Toyo Ito and SANAA (the Tokyo firm led by Kazuyo Sejima and Ryue Nishizawa, in parallel to their solo practices) – and the generation that followed on their heels: Sou Fujimoto, Junya Ishigami and Akihisa Hirata.

Collaboration is key, and the self-supporting constellation downplays the “starchitect” system in favour of a movement that values the sharing of ideas. It’s an approach whose success is evident in the number of small firms whose principals have emerged from the offices of Ito and SANAA, and are now to be found in cities everywhere.

The lion’s share of MoMA’s exhibit is devoted to models, sketches, renderings and photography, seen via projected slideshows, that depict work by Ito and SANAA, fleshed out with works by Fujimoto, Ishigami and Hirata. Totaling 44 projects in all, the diverse lineup includes small houses, large corporate offices, museums and opera houses, and spaces that transcend categorization, such as Nishizawa’s Teshima Museum – a concrete cavern without defined walls or ceiling, which is more habitable sculpture than building.

The projects are presented in loosely chronological order. The exhibition opens with Toyo Ito’s Sendai Mediatheque – a mid-career turning point – before moving to his National Taichung Theater, which will open fully later this year. From Ito, the show proceeds to the work of Sejima, Nishizawa and SANAA, and finally the latest generation to earn international acclaim: Fujimoto’s 2013 Serpentine Pavilion is represented by a delicate model of paper and nylon, Ishigami’s ongoing house and restaurant project appears as a series of bulbous concrete strata, and Hirata’s Architecture Farm as a series of folded floor planes.

The “Japanese aesthetic” is self-evident here, but the sensitivity to the life of buildings – an awareness of the social contexts that shape architecture – is less obvious. Considered together, the projects demonstrate how a group of architects, working to further ideas rather than careers, have mastered minimalism through the pursuit of innovations in structure, the use of transparent and lightweight materials, and sensitivity to the social dimension to buildings and people who inhabit them.

Sendai Mediatheque in Miyagi, Japan, by Toyo Ito & Associates, Architects / photo by Naoya Hatakeyama
SHARE
Twitter, Facebook, LinkedIn, Pinterest, Email
TAGS
Architecture, Exhibition,
AZURE is an independent magazine working to bring you the best in design, architecture and interiors. We rely on advertising revenue to support the creative content on our site. Please consider whitelisting our site in your settings, or pausing your adblocker while stopping by.