Jeanne Gang Wants to Connect People to Nature – and Each Other
Studio Gang founding principal Jeanne Gang shares ideas on how to build a livable city. 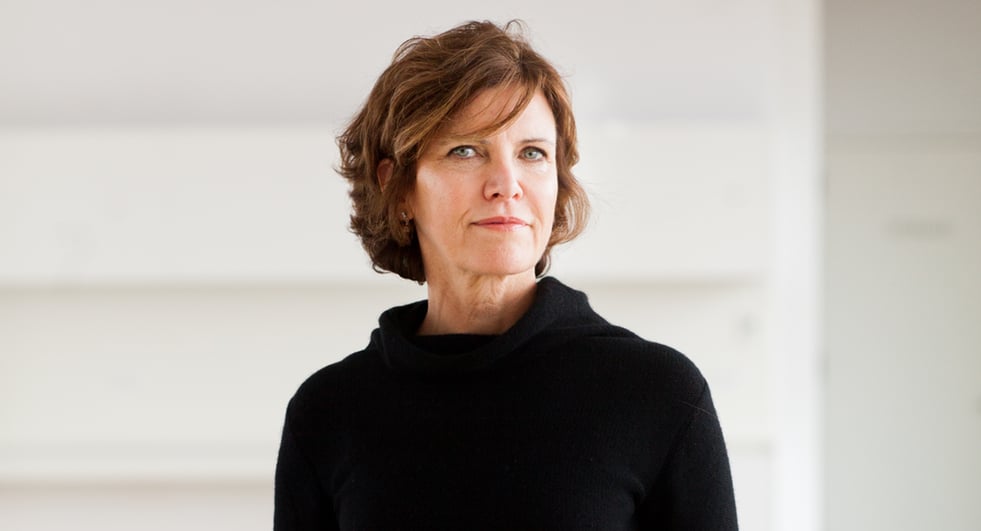 While rushing through O’Hare Airport to catch a flight, Jeanne Gang, founding principal of Studio Gang in Chicago and New York, considers the importance of slowing down – not in her own practice necessarily, but in how to catalyze meaningful interactions between strangers.

She envisions buildings where neighbours take the time to talk to one another, and cities where inhabitants value unhurried walks along waterfronts as much as they do quick drives on highways. She also imagines these purposefully engaged communities to include birds and insects. In fact, Gang considers the health of human life to be contingent on the health of natural ecological systems, particularly in cities.

In 2010, at the age of 46, she completed Aqua Tower, an 82-storey mixed-use building in Chicago whose influential facade is an experiment in social behaviour. Its asymmetrical balconies were designed to encourage residents to meet one another outside, above street level, and even to foster relations between neighbours on different floors (a rarity within most condominiums).

Aqua’s success has led to other buildings by the firm that employ what’s been dubbed “inhabitable facades,” where balconies provide opportunities for connection without compromising privacy. In this alternative way of thinking, architecture and urban planning are potential antidotes to the fragmented and isolating city.

A lot has been written recently about the loneliness epidemic in North American cities. Do you think architecture has contributed to the problem?

Working in different cities, including in the Midwest, we see first-hand how entire areas were torn down to make way for bigger highways. That has impacted relationships between people and neighbours – changing the fabric that once made neighbourhoods cohere. We’re now trying to mend those scars and stitch pieces of cities back together.

Also, because cities today are growing so rapidly, it gets harder and harder to find biodiverse natural experiences, so we’ve been interweaving those experiences into our design. 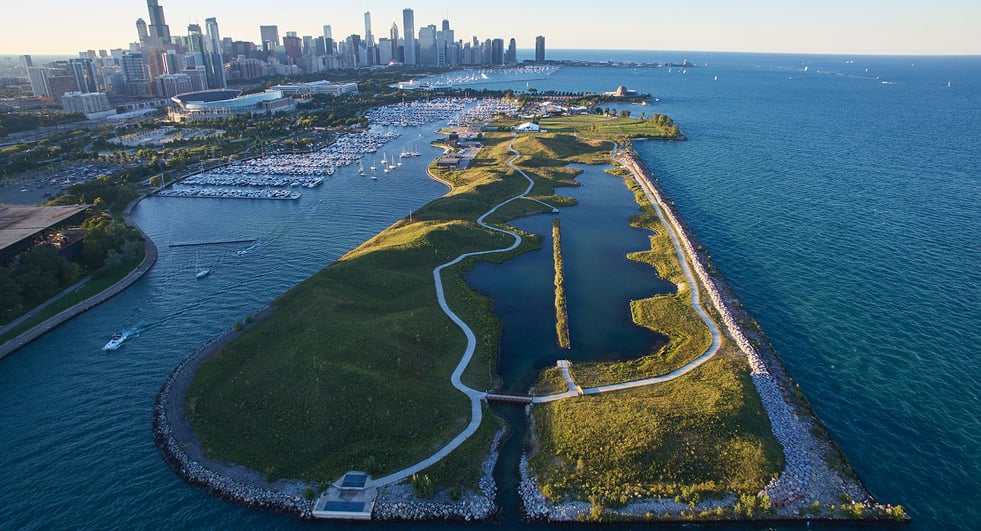 For Chicago’s ongoing revitalization of Northerly Island, Gang integrated a lagoon that serves as a fish-spawning habitat.

Healthy ecology is a really important part of making cities more livable. An example is the re-envisioning we did at Northerly Island, a man-made island on Chicago’s lakefront. We worked with various multidisciplinary teams to make the island a habitable place for many kinds of ecologies – which also makes it interesting for people. With this project we did things like include areas for camping, boating, birdwatching, and enjoying music outdoors. Human uses and the ecological health of the island are layered very closely together.

Yes. With Northerly Island we were able to accommodate urban-use camping. Now kids who may never have been in the wild overnight can have that experience right here in Chicago. Those kinds of experiences build self-confidence and connections to other people.

We also focus on human interaction with residential buildings. For some reason, that building type hasn’t received much architectural attention. Standard, nondescript apartment buildings go up all the time. To make a city vibrant, you really want people to live within it. We’ve been trying to make that experience more compelling by creating opportunities, community experiences and vertical neighbourhoods. 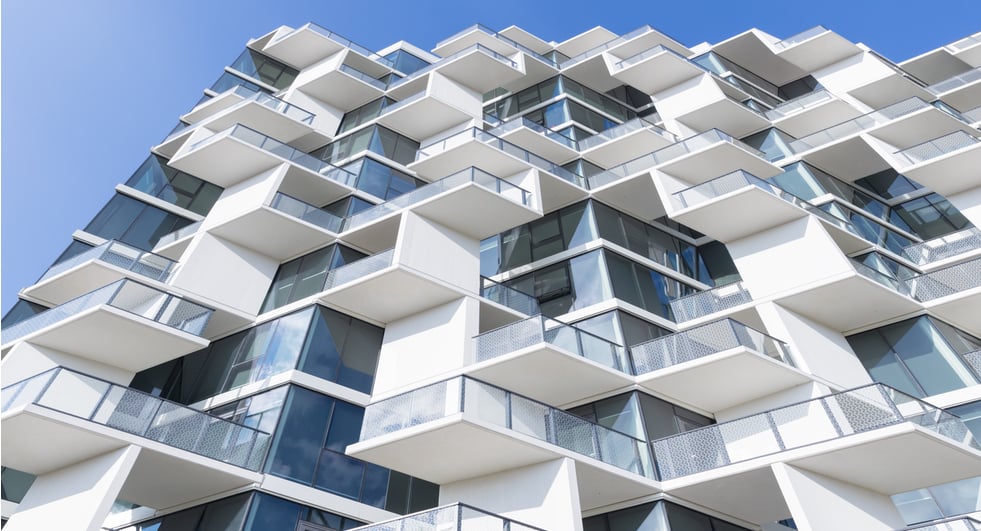 City Hyde Park in Chicago is the firm’s latest residential building with an inhabitable facade, inviting neighbourly and social connections to emerge.

How do you create a vertical neighbourhood?

We believe it’s about encouraging social connections. With a house, if you’re sitting on your front porch, you’re in an interesting space between inside and outside; you can see other people and you’re part of your environment. But in a highrise, it’s different, and we’re trying to reconceive the balcony as a threshold that functions a bit like a porch. Apartment balconies are these small outdoor spaces which are actually three-dimensional opportunities to see and meet your neighbours – not to look into their apartments, but to be able to see other people through sightlines. We did that with Aqua Tower, and more recently at the City Hyde Park apartments [where the balconies are at an angle that allows residents to see each other from above and below as well as from the side].

Have you been able to revisit Aqua Tower to see whether that intended behaviour has happened?

We have. In general, architecture is kind of weak in the area of doing occupancy studies. It’s also a very squishy topic, since it’s not a data-driven question to ask, Do people know their neighbours? Do they like them? We’re lucky to have access because we continue to work with the same developers that run the building, so we know it has turned into a great social building. People have formed weekly meeting groups, and they’ve done projects on the building together. I think that’s an indication that the building is working as we had hoped.

We’ve also gone back to our Nature Boardwalk at Lincoln Park Zoo. It used to be a rundown urban pond with no ecological function: an image of what nature is without actually being supportive to it. So, we worked with ecologists, landscape architects, and zoo experts to create attractive habitats for animals, birds, turtles, insects, pollinators, and mammals – including humans. [Laughs]. We got the ecology part right. The animals started coming. We can also see the human side of it, through the incredible amount of uses people have invented for it. We made a boardwalk and an architectural pavilion, oriented so that when you’re there, you experience being in nature with a view of the skyline. It’s been a magnet for people. They take pictures there; they do yoga there; schoolkids visit for field trips… A lot of people get married there. It really is a place where people go to connect with nature and with each other. 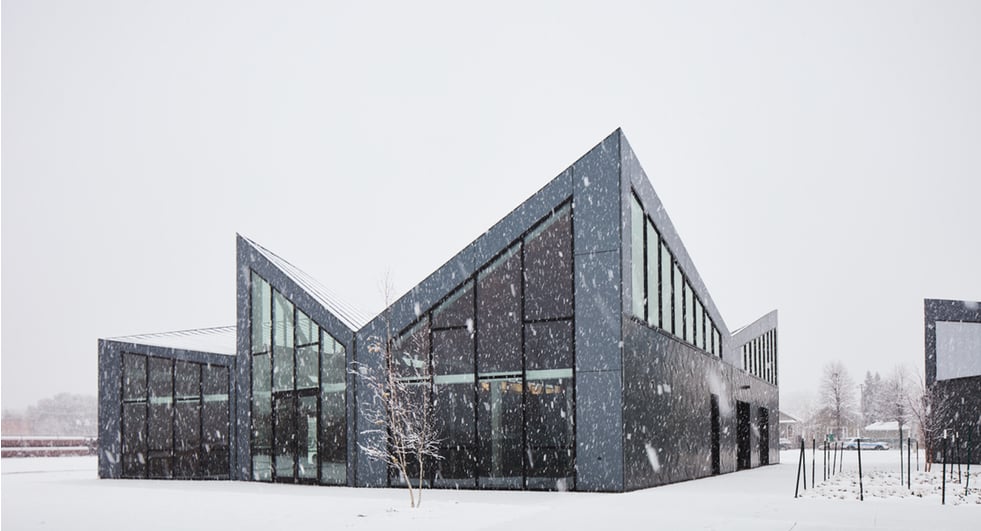 The Eleanor Boathouse is the second rowing facility by Gang to be built along the Chicago River.

Can similar improvements be made in every city? Or is it case by case?

You don’t want every city to be the same, but, naturally, there are things that humans like to do, like connect with nature, or people-watch, or attend cultural events in public spaces. We all want to be able to move from one part of a city to another without being forced to navigate dangerous, gigantic pieces of infrastructure. So the principles can be applied to any city, but each city has different assets that can be built on. It’s also essential to engage with people who live there because they have valuable insight. As a designer, it’s important to stay open to what someone might say. We don’t really learn how to do that in design school, but it’s crucial to having a successful, human-centred city: Talk to humans and find out what they like and don’t like. Oftentimes, communities have already thought a lot about the question we are wondering about.

Technology will greatly inform smart cities of the future. What role does it play in
your projects?

It allows us access to information directly from people about their environment. I’m interested in how we look at that information, how we explore data and use it to inform what we do. I’m interested in high-performance buildings that make buildings easier for people to use. Sometimes it’s not about high tech; it’s more about an intuitive way of modifying the environment, or improving performance or comfort. How do we make the technology invisible and not in your face? Without forcing people to use complicated systems, how can we address climate goals and make huge headway in that area? How do we make people feel good inside buildings, and not like they’re captured inside some technical machine? Those are relevant questions right now.

Technology is also about knowing what’s in the materials, similarly to how we now know everything to do with food – we know every ingredient and how healthy it is. That’s where I would like to see our industry change. I want to know every ingredient in a building and how it will impact health and the environment. I think that would encourage people to become savvier about the buildings they live in. 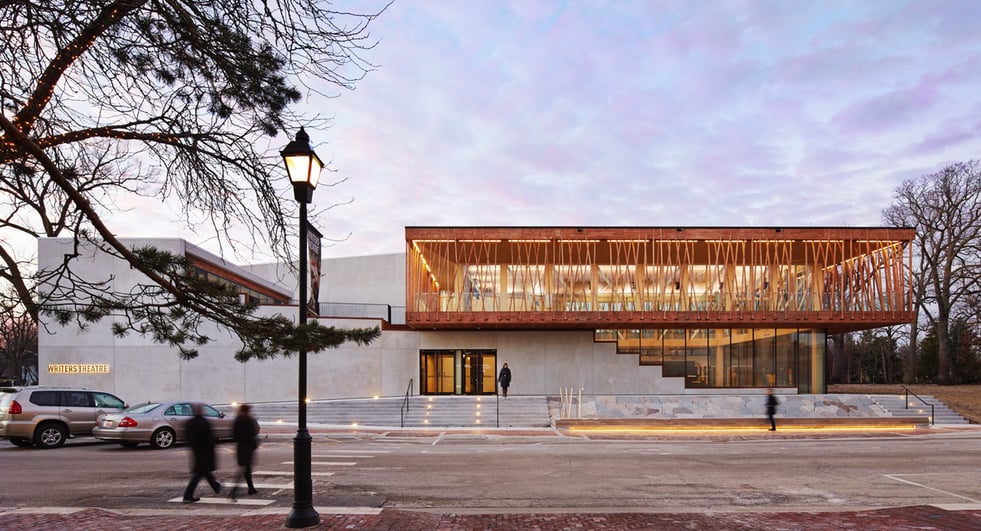 As urban centres grow and become more crowded, what are the top issues we need to keep addressing?

Climate change, and how to live together and get along.