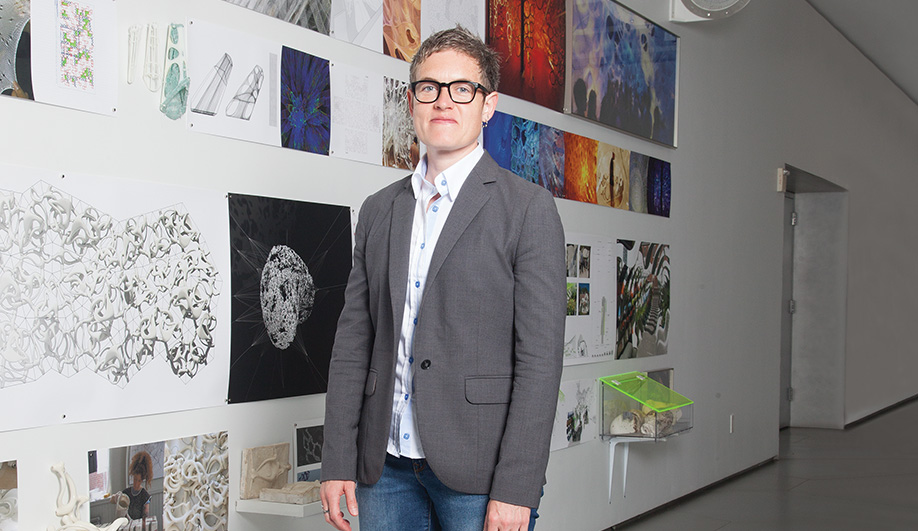 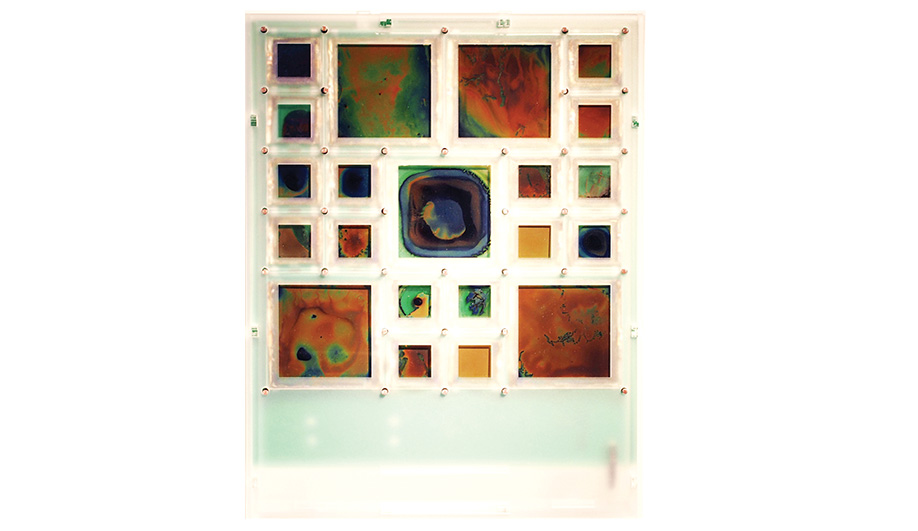 Some day, building exteriors will behave more like human skin, regulating internal temperatures similarly to how our bodies do. They might also change colour, or respond to our presence within them. Breathing, learning and sensorial, the new responsive building could be the next phase of a truly sustainable form of architecture. At least, these are some ideas architect and educator Jenny E. Sabin envisions for the future.

Since 2010, she has collaborated with a team of scientists at the University of Pennsylvania and Cornell University in Ithaca, New York, all angling to figure out how to make buildings far more interactive, and how to retrofit existing structures with similar capabilities. They have developed a proto-type called eSkin, and while its design is highly conceptual it is beginning to find exposure outside the lab. 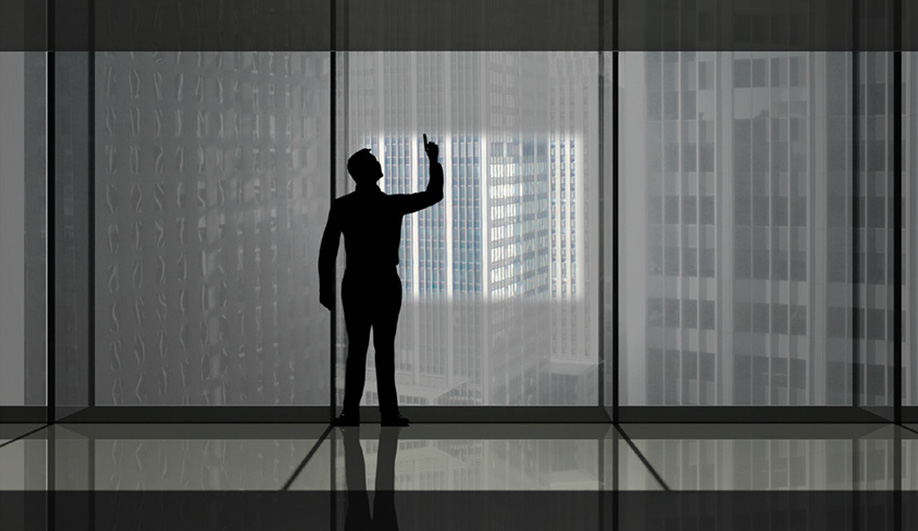 Renderings illustrate how eSkin could react to localized stimulation, such as pointing at the cladding to form a window; and to global stimulation, where larger areas respond to human presence.

Earlier this year, at the new FRAC Centre in Orléans, France, the exhibition Naturalizing Architecture displayed some of the most sci-fi explorations happening in the realm of digital technology and architecture. It included eSkin, along with 39 other concepts, each investigating ways of integrating buildings with robotics, nanotechnology and 3‑D printing. In June, Sabin received the prestigious Architectural League Prize in New York, for her contributions to biotechnology among other fields. 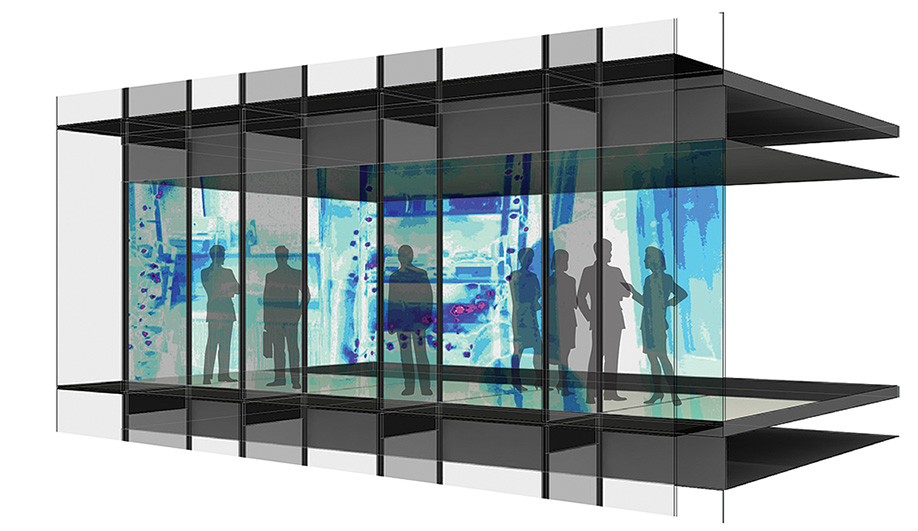 So what is eSkin, exactly? For one, it is an alternative way of considering a building from the start. “In many ways,” says Sabin, “we have been dealing with energy within buildings all wrong. We are using an existing paradigm, even though we now have all of these new issues, such as climate change, on the table.” In a proposal to rethink the design process, eSkin considers relationships, systems and materiality at the front end. 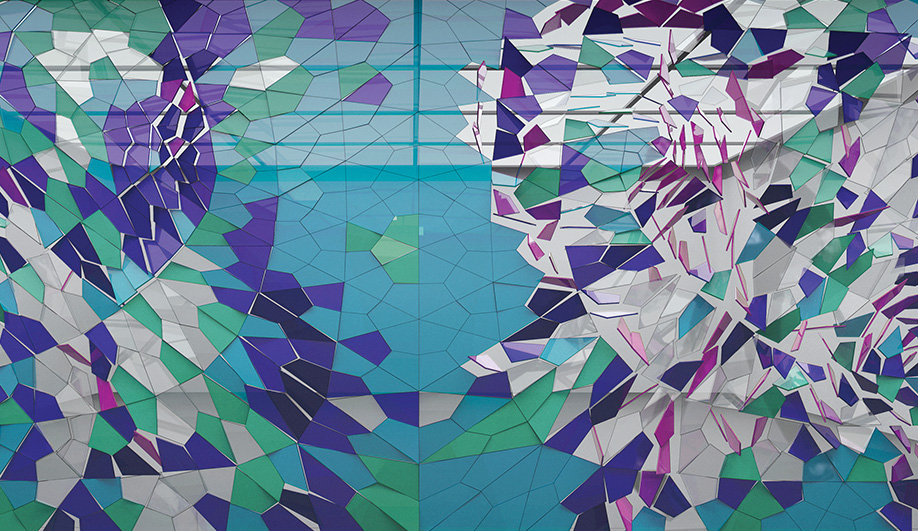 Physically, it was conceived as a transparent film installed over existing or new cladding. At the University of Pennsylvania, cellular biologist Kaori Ihida-Stansbury and Shu Yang, a materials scientist, have been studying human cells to discover new methods of working. They hope to design interfaces between living and engineered systems that respond to various external conditions. “We are looking at changes in geometry, changes in pattern, what happens if we change the stiffness of the material, how that alters the behaviour of a cell,” explains Sabin. She then renders the lab work into models and diagrams, to explore how eSkin might look and feel. 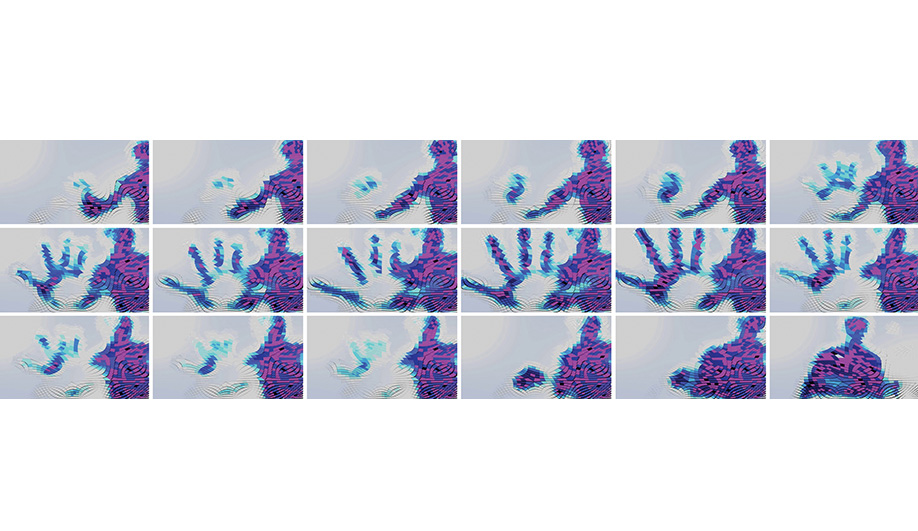 A sequence of still images shows a real-time simulation of eSkin as a person comes into contact with it.

One term Sabin uses when talking about the project is “personalized architecture,” where inhabitants fine-tune their interior environments by controlling light, for instance, or heating and cooling. One rendering depicts a man forming a window within a semi-opaque surface simply by pointing at it. The advantage of this approach is both aesthetic and sustainable, since a building would adjust to a specific desire and an ecological context. 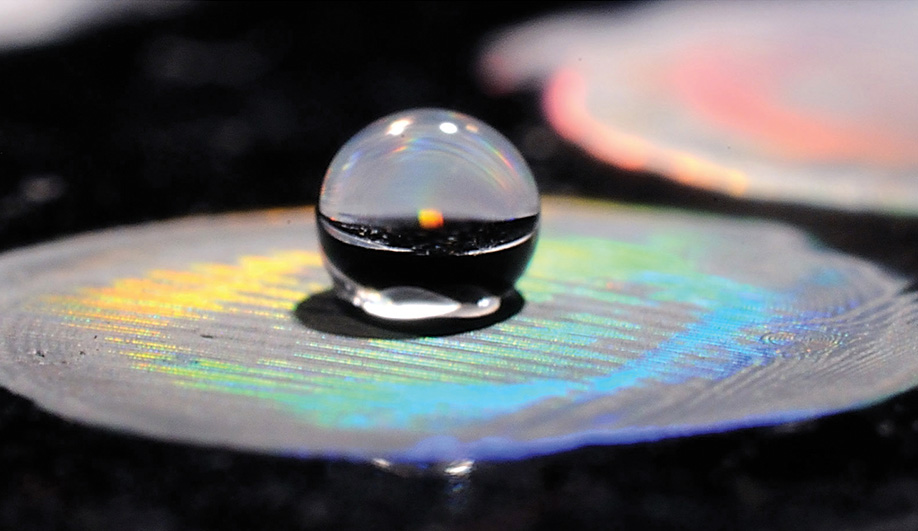 Sabin works with scientists at the University of Pennsylvania who are exploring biomimicry, including structural colour, to discover new applications.

One early model, which resembles a large circuit board and took over a year to produce, focuses on structural colour. Instead of pigments, it derives from microscopic surfaces that affect light wavelengths. The eSkin prototype consists of nano–colloidal particles like those found naturally in opal (and sometimes in milk), which have pearlescent effects. These particles are sandwiched between two conductive glass plates, and sensors that detect changes in light intensity. If someone walks in front of it, or runs a finger along it, a charge is sent to the components, which alters the particles and changes the colour. “There is a hierarchy designed into the interaction,” adds Sabin. “The whole thing doesn’t change, just the stimulated areas, so you get regional effects.” 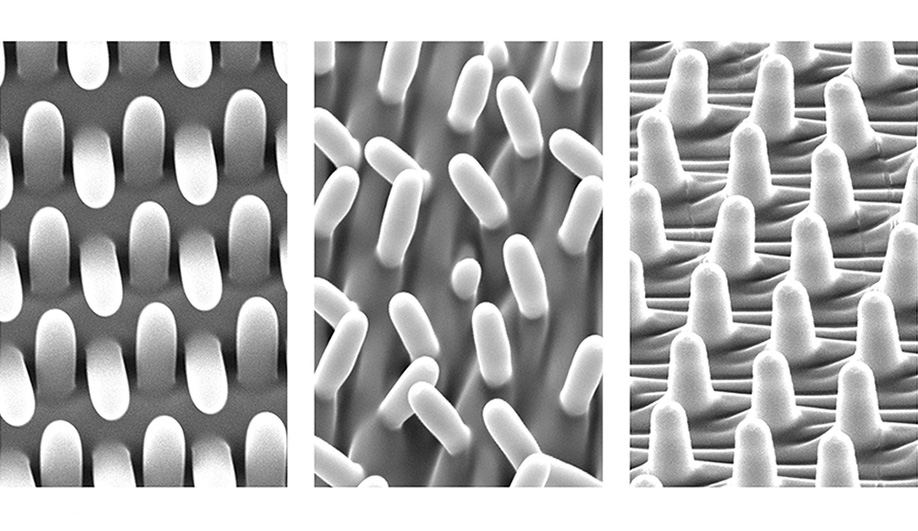 The next step is to test the responsive surface at a building scale. “Realistically, we are about six to 10 years away from having an industry-ready product,” she says. Her optimism comes in part from eSkin’s accolades so far. The National Science Foundation funded the initial project; it is almost unheard of for an architect to secure a grant of this kind. Sabin credits the success to her diverse team of materials scientists, electrical and systems engineers and cellular biologists.

Her own varied background makes her a natural for interdisciplinary collaborations. Before heading into architecture, she studied ceramics and visual arts at the University of Washington, and her other ventures have been rather eclectic. One of her earliest, from 2006, was Fourier Rug, an 11-metre-long tapestry based on the Fourier mathematical sequence. More recently, Nike commissioned her to design a pavilion using Flyknit, the shoe company’s solar-active, photo-luminescent thread.

Her portfolio extends the traditional notion of architecture, but what underpins everything is the cross-pollination between science and the built environment. Another project she has received funding for will unpack the hidden potential of kirigami, a version of origami that incorporates cutting as well as folding. Sabin sees enormous architectural potential in the traditional craft: “The idea is to productively contaminate these processes with the stuff of architecture. That is the only way to find something novel and functional in the context of sustainability.”